The Zenbook 14 answers everyone’s dream to own a good Ultrabook with decent power under the hood. It can give the MacBook Air a run for its money if you ask me.

ASUS Malaysia has brought in some of their best in class laptops which were unveiled in Computex 2018, like the ROG Lineup and the Zenbook Pro. They announced the new Zenbook with revamped design and internals alongside it. ASUS Malaysia has graced us with their new Zenbook 14 and we have been playing with it for a fair amount of time. Is it worth picking up at the nearest store? Well, it’s time to find out. 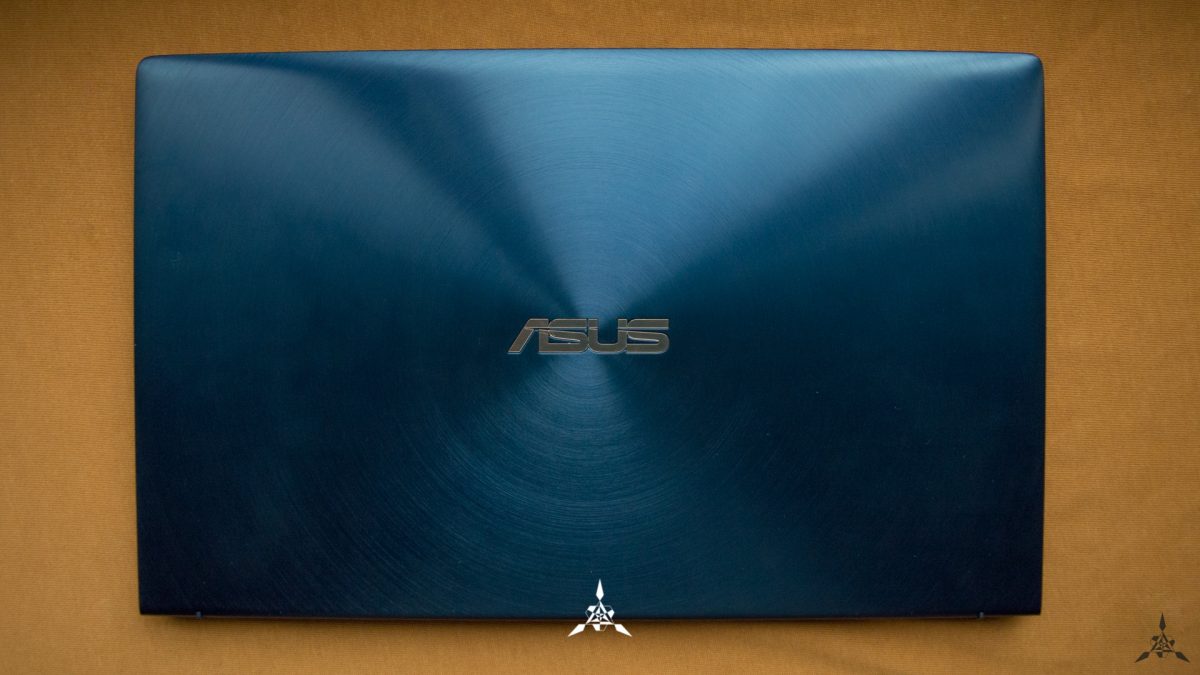 Remember the Zenbook we reviewed a while back which was supposed to be an entry series? Well, the new Zenbook is replacing that and the moment you look at this new one – the design has been revamped from the ground up. In fact, this is the first time their entry level laptop looks a lot more included with their whole lineup of Zenbook as the previous felt like a stranger to the whole series because of its whole design. The new Zenbook 14 is one appealing laptop as it looks amazing. The laptop has the signature Zen Spiral design on the top and it comes in this blue color finish. As you open the lid, you’ll see the gold accents on top of the keyboard just like their other premium Zenbook we have seen so far. One interesting thing about the Zenbook is the Hinge and it now uses the new ErgoLift design where it elevates the body about 5 degrees higher.

In terms of build quality, the Zenbook 14 is sturdy and constructed really well. For the form factor, it weighs in at 1.19kg which is pretty light if you ask me. What makes this laptop even crazier is how small it is because it’s almost the size of an A4 paper. That means you can just slip it into your handbag and still get moving. The hinge on the Zenbook is pretty decent and holds up really well. It is indeed thicker and that’s because the laptop holds more than enough ports for you to get going.

For a Small laptop, ASUS has managed to cram in a handful number of essential ports that you will need on a day to day basis. On one side, you’ll find that it has a MicroSD Card Reader, followed by a USB 2.0 and an Audio Jack. On the other side, you’ll find a DC-in, HDMI, USB 3.1 Type A and a USB 3.1 Gen 2 Type C. Asus could have just gone for a USB 3.0 on the other side as we are in 2019. But hey look at the bright side, the good thing is that it has enough ports for you to get going.

In terms of connectivity, the Zenbook 14 offers Bluetooth 5.0 with 802.11 ac Wi-Fi – Dual-Band for better internet connectivity and impressive Bluetooth connection for those who use a Wireless everything.

The Asus Zenbook comes in 3 different types – there’s 13 | 14 and 15. The 13 and 14 shares the same specification across the board except for the display size. This is the following specification we reviewed here.

The ASUS Zenbook 14 has a 14” FHD IPS Display in a 16:9 aspect ratio. When the first time we looked at the display, we literally were in awe because of how thin the bezels around the displays were. In fact, it was so thin to a point that it makes all the other laptop with slightly thicker bezels obsolete. These bezels are 2.8mm thin to be specific, which brings to the point that – it has a 95% screen-to-body ratio. It’s only a matter of time where bezels are history.

On the front, the IPS Display is rich in colors, it comes in a 1920 x 1080 FHD Display with a viewing angle of 178 degrees respectively. It covers 100% of the sRGB Color space and that means the colors you see is far more accurate and pleasing to the eyes. Watching shows on Netflix like Chilling Adventures of Sabrina and other shows had depth because of its non-distractive bezels. Thanks to the MX150 which has enough power to get your editing job done, using the display for color correction and sorts is nice.

One interesting thing to notice is how ASUS has managed to keep the camera up top because it is the ideal location – a smart move indeed. And they have also managed to upgrade the camera with a new HD Camera – which is a nice touch. We tried gaming on it and the display has the capability to handle games with frame rates up to 60 fps – nice to know that you can still play a bit of game on it.

Also, if it makes you feel any funny – I sort of got tricked that it was a Touch Screen display. It isn’t.

The Zenbook 14 comes in the specification we mentioned earlier, and we ran some tests – PCMark, CPU-Z, and CrystalDiskMark. You can take a look at the scores in the screenshots above. 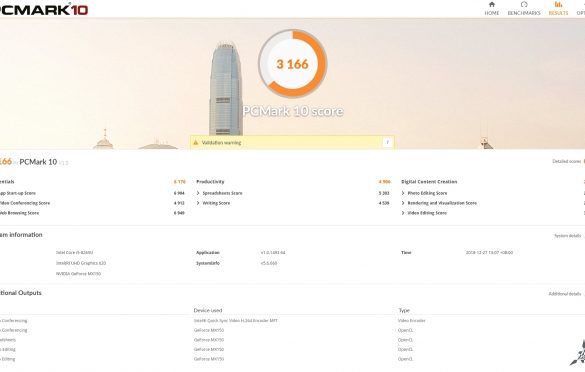 The ASUS Zenbook 14 can handle day-to-day tasks pretty well – all thanks to the Intel Core i5 coupled with 8GB RAM. It does get a bit warm under stress – especially when there are multiple numbers of Chrome Tab opened in the background, Apple Music playing and some updates happening as well. It gets warmer after a good session of Tomb Raider 30-40 mins later and we recorded a temperature reach of 78 degrees. Good thing is that the whole area around the keyboard was cool to the touch and the base of the laptop was where the heat was present. I wouldn’t recommend anyone to play games on this laptop when you place it on your lap. The MX150 can handle games like DMC, Need for Speed: Payback with no issues and interesting enough there was very little frame drop.

The only time it really went into a hiccup was when I tried to render a 7 minutes video, where it took about 25+ minutes. Whereas rendering with an i7 would be a whole lot better. Lightroom was just fine actually, you don’t have to worry about exporting RAW to JPEG and there’s no issue with it. 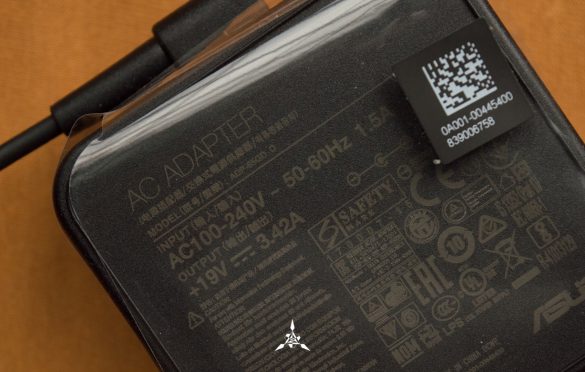 The ASUS Zenbook has a 50Wh 3-cell Lithium Polymer Battery under the hood which charges with the help of the 65W Power Adapter that’s included in the box itself. The battery life on the Zenbook 14 claims to last up to 14 hours, but during our time using it – where I used it mostly to type, check email, read contents and sorts on the move – I had about 7 hours of battery life and I’d say it’s completely fine. This was without the Battery saver mode enabled. If you turn on the battery saver mode, expect the laptop to give you an extra hour of battery life – which is better.

At this point, I am just nitpicking, but I wish that ASUS ditched the whole DC IN adapter for a USB C Power outlet like the Zenbook 3 Deluxe.

The trackpad on their Zenbook 14 feels and functions really well and honestly, it’s my personal favorite so far. The glass layer on top gives it a nice and smooth texture to use. It has a good palm rejection and thanks to the Windows Precision Driver – it makes the whole trackpad gesture friendly. So, if you’re like me who loves using the gestures to take control of your whole system, then this is for you.

ASUS took their Trackpad to a whole new level with their Zenbook Pro with this fancy second display and sorts, they did something else to the Trackpad on the Zenbook 14. As it’s a small laptop, having a number pad can be a challenge. With that said, they have managed to include the number pad on their trackpad instead. Tapping the Number key on the top right corner turns on the number pad. Honestly, it gives me the feeling of using something from Tron. It works but it tends to have a bit of accuracy issue – when you tap a number, it doesn’t register, and it happens occasionally. Overall, a cool feature to have.

It has a Full-size backlit keyboard with a 1.4mm key travel. It sure is a chiclet-style keyboard but the extra .2mm key travel makes a huge difference. Typing on this keyboard feels a lot more natural and the layout is easier to get used to. It’s nice to type on, there’s no odd key wobble or defect during the time I was using. 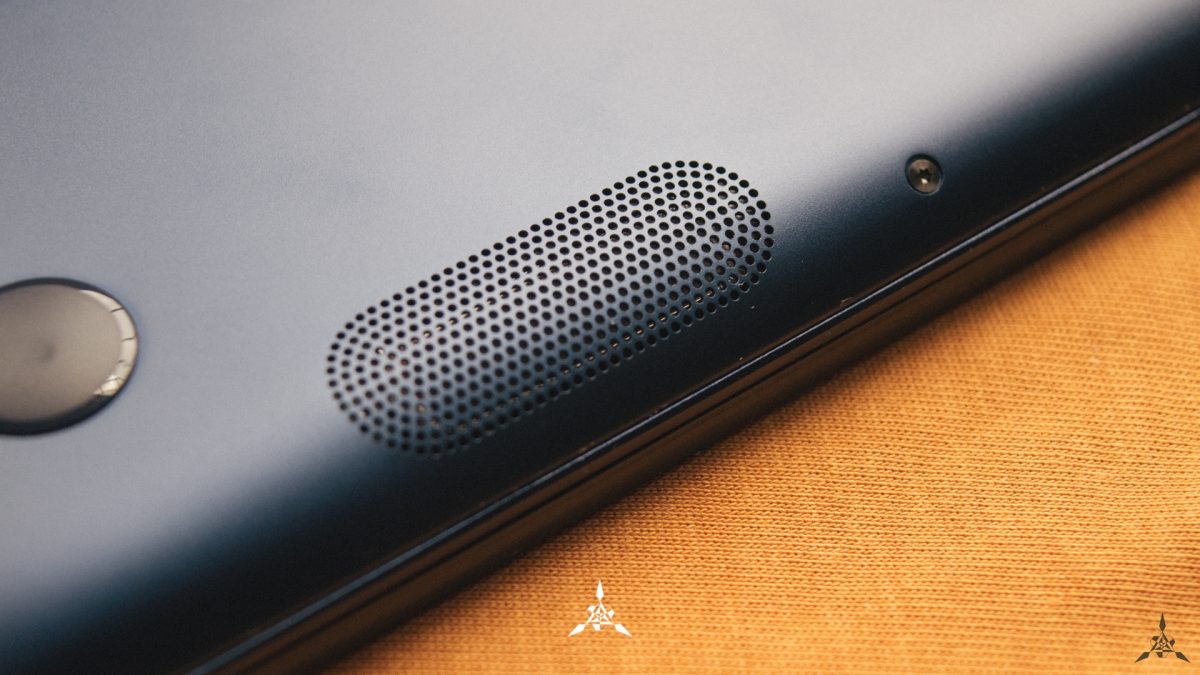 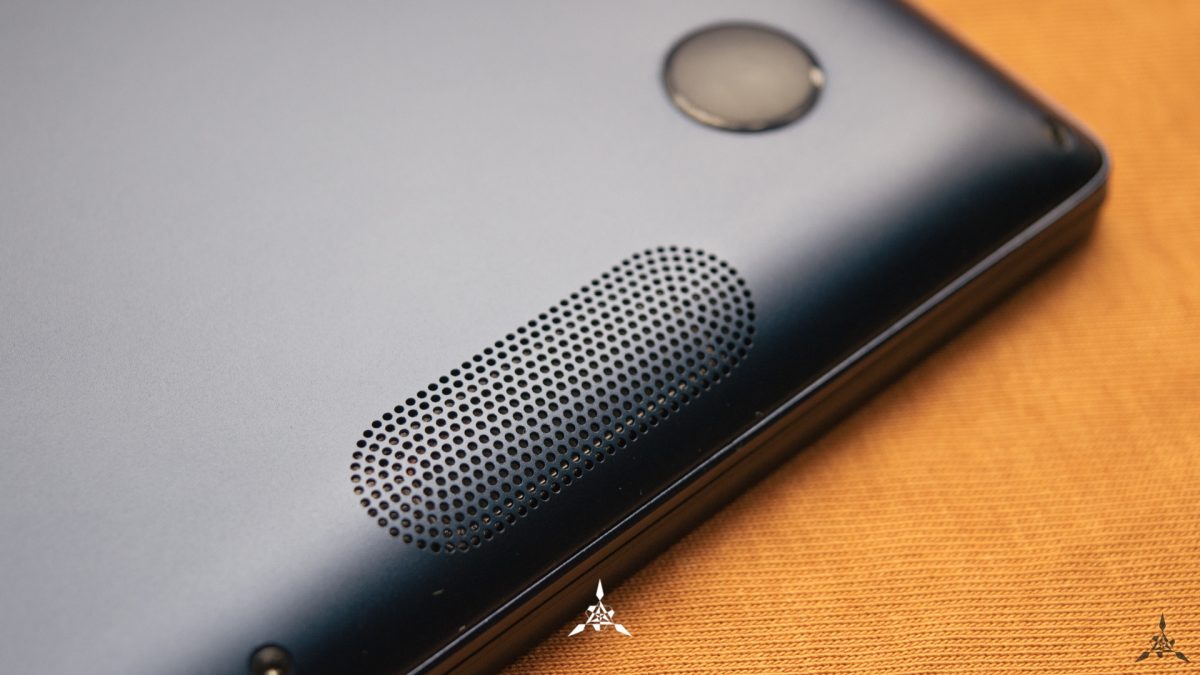 It’s a given that the ASUS Zenbook series possibly has the best speakers on an Ultrabook – and the Zenbook 14 is no exception. Powered by Harman Kardon. The speakers on the Zenbook 14 sounds amazing. If you ever plan to watch a show with your friend while you travel, you won’t have to worry about the audio. Take our word for it.

One thing that has gone (for good or bad), is the fingerprint sensor on the Zenbook 14. Previously, almost all the Zenbook we have reviewed has a fingerprint sensor. This time they have replaced it with a 3D IR Camera – and scans your face to unlock your device. It’s even cooler because the whole unlocking process takes less time. But take note, it will feel like it’s having so much of hiccup for the first time because it learns your face in different lighting to make it much more accurate.

And there you have it. The Asus Zenbook has never failed to impress us in the past and this time it does it even better. I see it has fixed some of the issues I faced with the previous Zenbook like the loose hinge and very little ports. The Zenbook 14 answers everyone’s dream to own a good Ultrabook with decent power under the hood. It can give the MacBook Air a run for its money if you ask me.