As much as we all love drones so much, DJI is no exception. The latest drone from one of the most popular company, DJI who makes really great camera drones. Some of their popular drones include Phantom 3 and so on. And now, their new drone that made it’s debut few days back, just landed in Malaysia. The one and only, Mavic Pro. 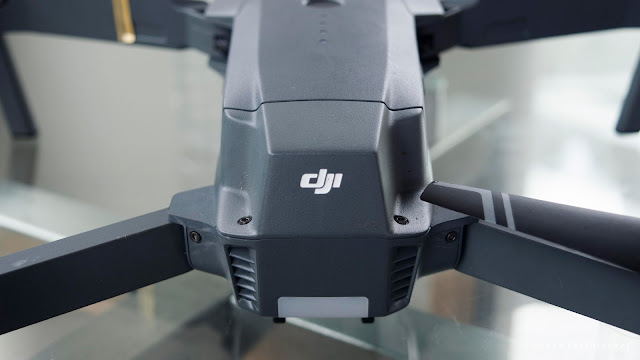 Mavic Pro is probably the most portable drone I’ve held so far. So small that it fits right in your palm. It’s like transformers came to life. When I held it in my hands, it was just nice. Not too heavy. It has this matte finishing going on, that makes the Mavic look Marvelous. Once you unfold the drone, it’s still small and compact. I really love the way it feels. Only if I know how to play with one, I would bring it on one fun ride.

Here’s some of the interesting feature that comes with the Mavic Pro. 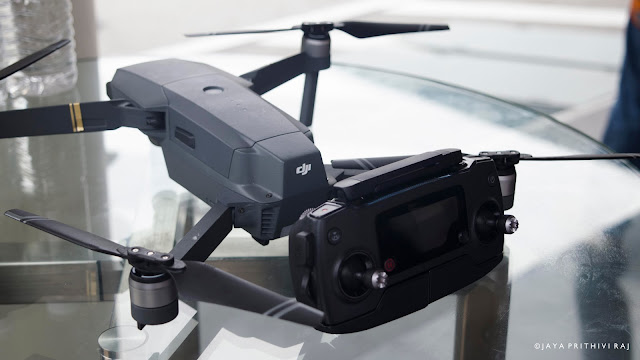 Mavic Pro has FlightAutonomy. This allows the drone itself to hover in a way that it avoids all the obstacles, thanks to the 5 cameras, GPS & GLONASS, 2 ultrasonic range finders, redundant sensors and a 24 powerful computing cores.

The camera in this drone is a 12.5MP sensor which can shoot up to 4K at 30fps. There’s a max 8 second exposure and Adobe DNG RAW. One thing that makes this interesting is that The Mavic Pro can stay in air up to 27 minutes at 40 Miles per hour in Sports Mode. That’s 65 Kilometer per hour. Which is awesome.

Their OcuSync Transmission system lets you see what the drone see through your smartphone. You can get a 1080p/720p Live feed.. The transmission range can go up to 7 km (only when it’s free of interference). Those who’d like to sweeten up the deal can get the DJI Googles. You don’t play with the drone. You get to be the drone. It comes with two 1920 X 1080 screens which gives you up to 1080p image transmission. Other product which was displayed along with the Mavic Pro was their Osmo Mobile. This device let’s you use your very smartphone to shoot cinematic footage, thanks to its 3 axis Image Stabilization and a bunch of interesting features that’ll make you go whoa… What makes it better than any other product in the market is that it allows you to use DJI Go to get the subject tracking and give the best experience possible. It will be sold for RM 1,376.

Both Mavic Pro and the Osmo Mobile will be available through authorised dealers across Malaysia and go on sale in our Malaysian market. I have to say, it’s definitely worth the buy. 🙂

As always, thank you so much for reading this article. Be sure to like my Facebook page and follow me on my social network as I’ll be sharing more interesting articles and also YouTube videos (Unboxing and Reviews) real soon.

I will catch you guys in the next one.

This is Prithivi Raj / Vesper
Signing off.

| DJI is a chinese technology company who makes camera drones for commercial and also for personal purposes. They are famous for their well known Phantom 3 and many more. |