iPhone SE: Is it worth it?

As we all know, Apple just dropped their bomb on the new iPhone 7. Which no headphone jack because, “courage”. (What else?) and the 7 Plus has a dual camera thing going on, but yeah. I ain’t gonna get a phone which doesn’t have any headphone jack, at least I’m not ready for it. So, I went on an unboxed the last phone to ever have an headphone jack, iPhone SE. The last iPhone I’ll ever fall in love with. 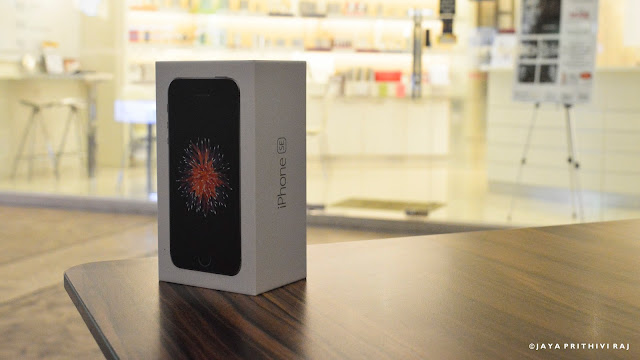 On the front of the box, we have the iPhone SE with a floral wallpaper on it and to the sides we see it has the iPhone SE written on both sides and the Apple logo itself. 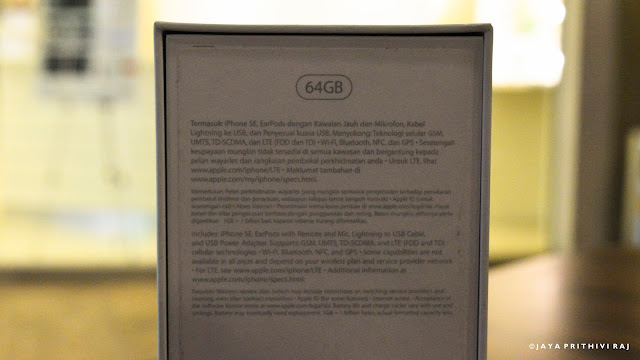 On the back, we have those information that we barely read, but if you read that… Good for you, here’s a cookie. This particular variant that I’m unboxing is a 64GB. And below all those wordy paragraph, we have the serial number and other device information. Which is censored here, due to personal reason.

Lifting that box open, you can see the iPhone SE itself. Let’s keep that aside. And below that, you’ll find the instruction manual along with one thing that I get really excited about, apple stickers. Come on it’s stickers. Don’t judge me. 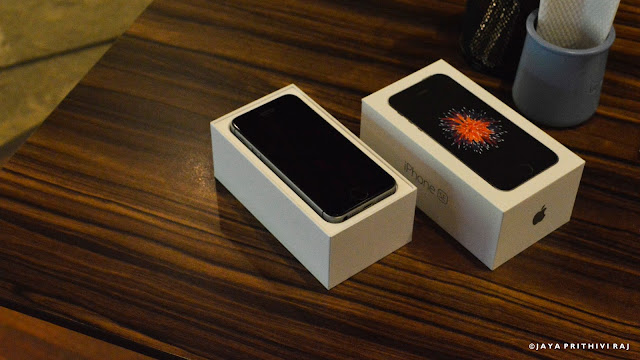 Below that, you’ll see the glorious earpods that you’ll lose it eventually. I lost mine. So yeah. And the lightning cable under that. And finally the adapter to connect your device to charge. 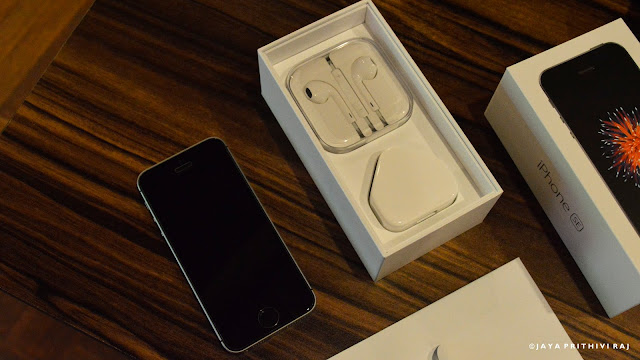 Moving on to the phone. On the front, we have a 4” display in 2016. Earpiece on top along with the sensor and Facetime camera. On the bottom we have the home button which actually clicks like a real button. On to the left side, we have the switch to toggle to silent mode and the volume rocker and on to the right, we have the nano SIM tray. On top, we have the power button and on the bottom, we have the speaker grill, lightning connector and the legendary 3.5mm headphone jack. 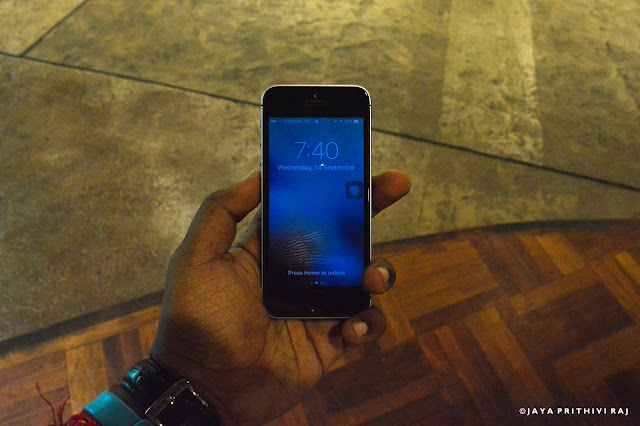 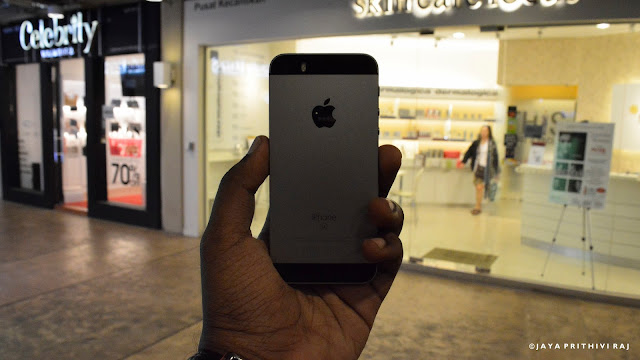 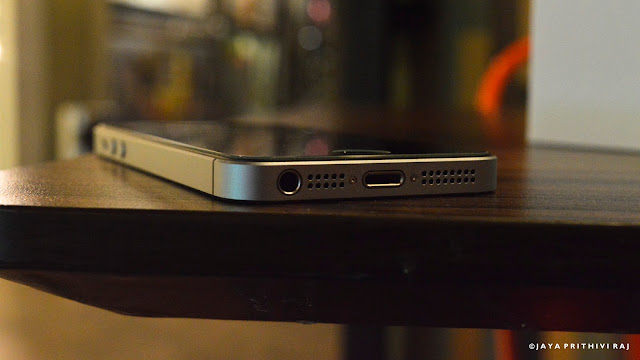 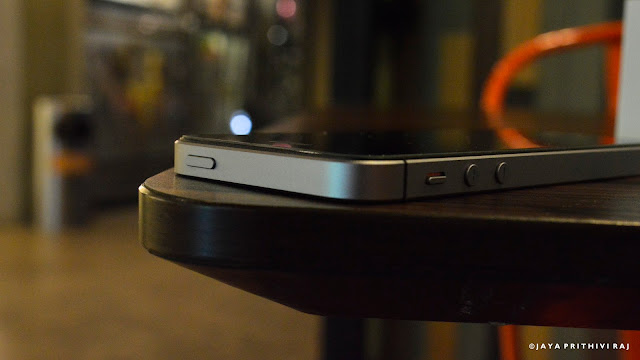 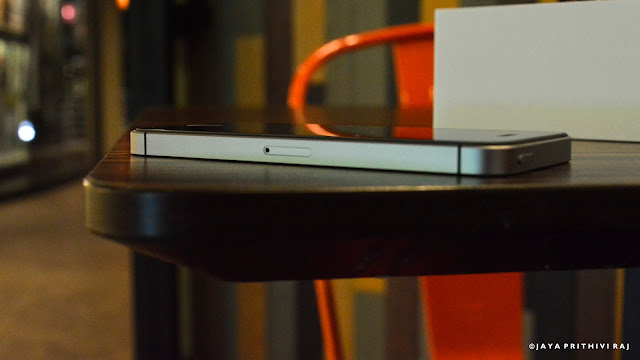 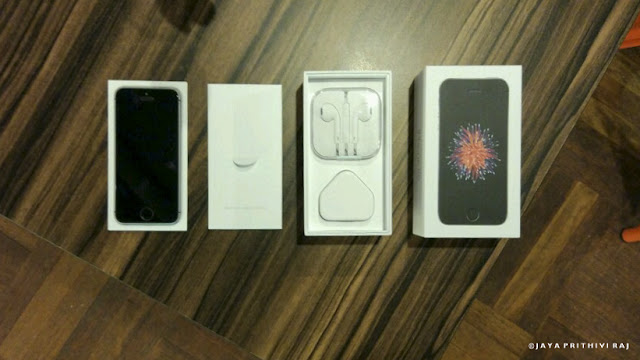 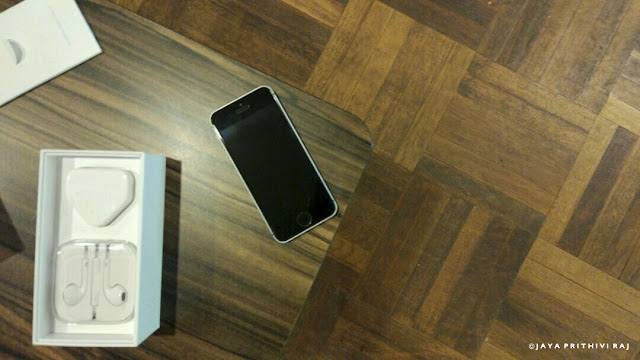 Honestly, I am not a fan of huge devices with big screen. My ideal screen size is from 4” to 5.2”. And iPhone SE fits right into the category. When you hold it in your hands, you’ll be like, “Isn’t this 5S?”. Nope it isn’t. It looks like a SE but feels like a 5S. The chamfered edges in 5S is gone forever and now you get this soft touch metal rail across the device which feels damn nice. And looks like space grey got even sexier. If you’re me, who loves their phone because it looks like a chocolate bar (yum yum yum), then yeah. You’ll like this one.

And the screen looks usual. Just like using a 5S or the iPod 5G/6G. Nothing much. And in terms of specification, there’s a lot of stuff that’s been changed and also few stuff stayed back. Like the Facetime camera, touch ID and other one or two hardware component. 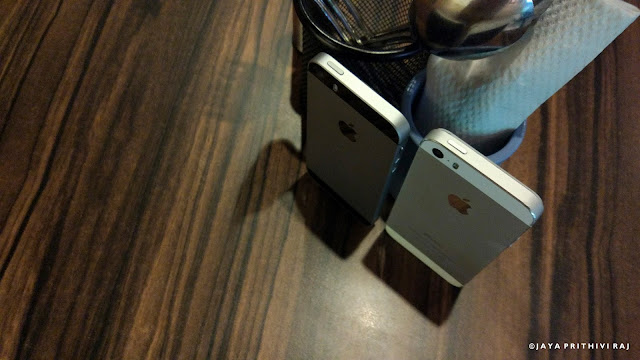 In terms of aesthetics, there’s not much of a difference. Other than the Apple logo, the soft touch rails on the side. But if you notice carefully, the finishing is indeed great with the SE. Very beautiful. I love it. And oh, the SE logo on the back makes you the coolest person in town. Haha.

Let’s run down the specs.

I still ask this question again and again. I have no idea what Apple up to anyway. Is a 5MP sensor that expensive? This is really a stupid move. But at least the back camera is 12MP, same as the 6S. You can use your SE for apple pay because it has NFC in it. It supports 802.11ac, the battery has been bumped from 1560 to 1642 mAh. And the touch ID is the same one as the first generation sensor. This wouldn’t kill me. 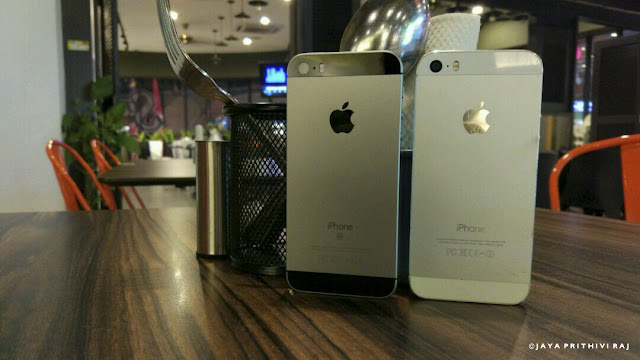 If you want a bigger device or if you broke your 6S and want to get this, it probably not the right choice for you. But if you used the 6S just for the sake of having the latest iPhone but you want a small device, then go for it.
And for iPhone users who uses 5S or below and thinking of upgrading to SE, why not. It has the same processor as the 6S and some nifty trick up its sleeves. And if you happen to update iOS 10 on your SE, you get all the features that a 6S has. Including lift to wake. I’d definitely get one because of the small form factor and iOS. Not a fan of 6S or any of the bigger iPhone. There’s no point saying that “Apple could have done better”, because it took them 3 years to ditch that 8MP Camera sensor, 16GB storage and all. But eh… And if you think the iPhone 7 & 7 Plus is expensive, then you can go for SE or even the 6S.

Well, hope you guys like my first impression, Comparison and my Final opinion. And I will see you guys in my next post. Huge thanks to my friend who loaned his SE and help me do this First Impression & comparison with my 5S. 🙂 Means a lot!