Jaya Prithivi Raj, 6 years ago
Hey folks. Well, today I have something interesting in the house. But before that, we all know what’s a fitness band / watch right? If you don’t know, here’s what it means. It’s a smart accessory that let’s you to track your health in a lot of ways like the number of steps taken and so on. When it comes to this particular category, there are other companies who makes these fitness band and Honor is is one of them.

Honor released their product quite some time ago, I can tell you that. But it doesn’t look like your average fitness band that just show stats but more. This is the unboxing and first look at Honor Band Z1. Let’s jump right in.

The first thing you’ll see is the Blue color wrapped paper on the box. And after you remove it from the box, you’ll get this White finish box with the branding on top. 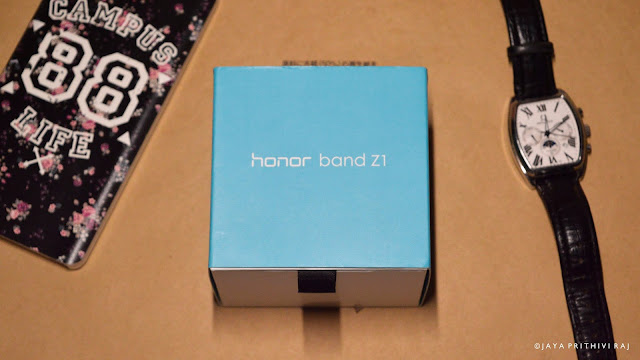 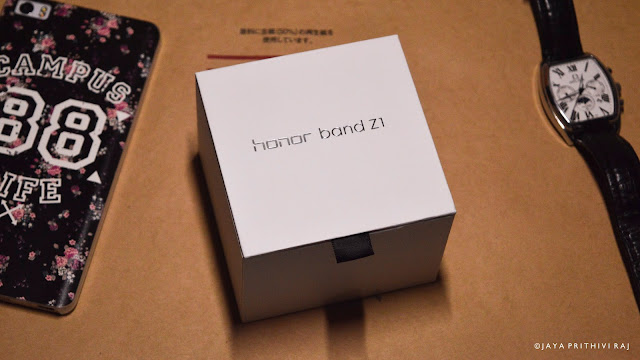 As you lift the lid up top, the first thing you’ll see is the band itself all in its glory. With that circle dial and that dark look. 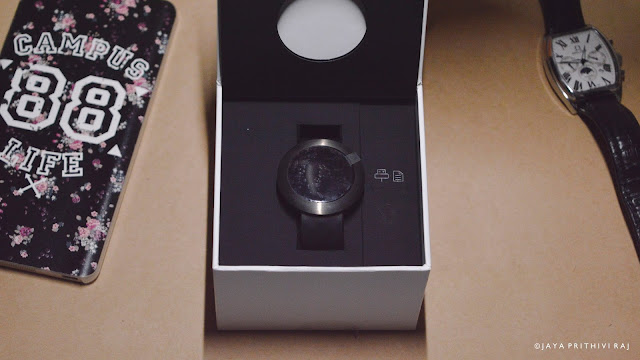 Moving on to the content in the box, you’ll get the user manual that will guide you to the right path by showing the ways of using the band. Further more, you get that magnetic charging dock that let’s you charge the watch. And it has Huawei logo instead of Honor. In case you guys don’t know, Honor is under Huawei. That’s that. And finally, you get an extra loop for the strap that let’s you hold the extra strap part in place. 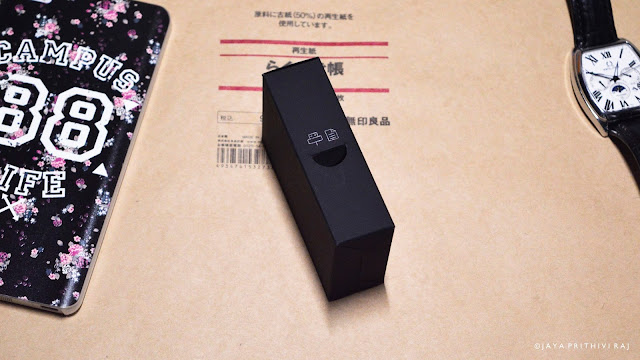 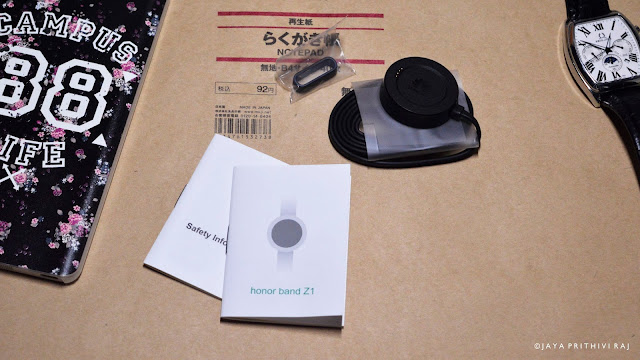 As I hold the band, it feels fine. Like those hypoallergic band that doesn’t give you allergic reaction on your skin. Because it’s a fitness band. Other than that, the bezel on this smart band is huge. I know it gives that premium finish that makes the smartband stand out but it gives a different look on my wrist. 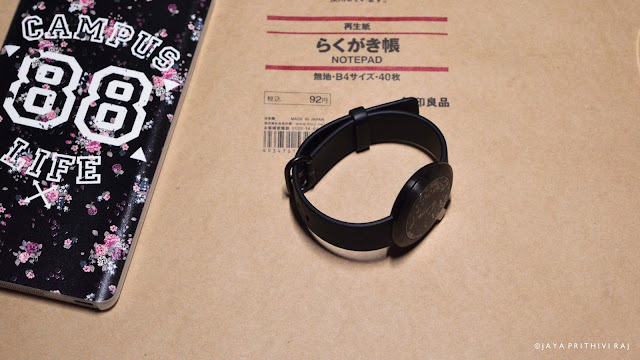 On the back of the module, you’ll see this peel off sticker. As you remove it, you’ll see the 4-pin and a small black hole that helps you to reset the watch to stock. 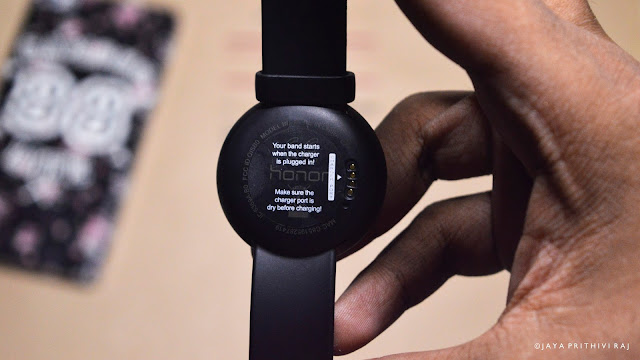 The strap has this dual tone design going on which looks really appealing. When you touch that part of the band, you’ll feel the pattern. Definitely a nice touch.

Other than that, it looks more like a small watch than like a fitness band. Kinda gives that look.

And yeah, that was the unboxing and First Impression on the Honor Band Z1. The review will be up sooner than you think because I have finished testing it out completely. So, stay tuned on my social network. Like my page because it really means a lot. Follow me on my social network as I’ll be posting exclusive content and more.

I will catch you guys in the next article.