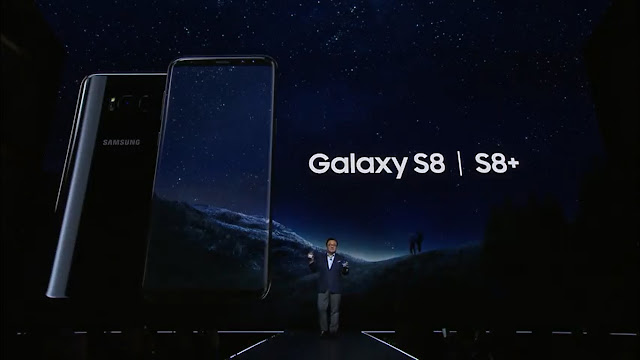 After so many leaks online, Samsung finally Unboxed or should I say Unpacked? Well, anyways. It’s here. Samsung unveiled their all new Samsung Galaxy S8 & S8+ 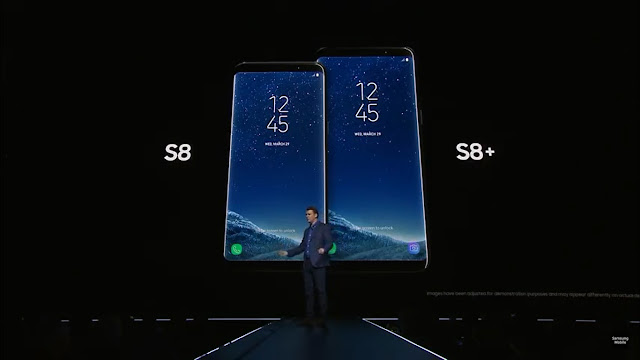 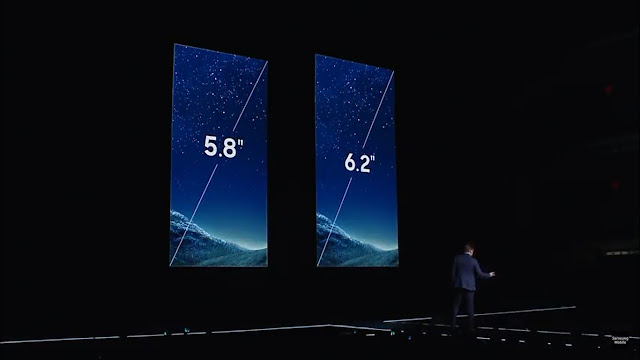 Let’s just take a quick look at some of the features that’s packed in this smartphone. As we all know, it will come in two sizes, 5.8” being the S8 and 6.2” is the S8+. It packs a QHD Panel that lets you watch your content with the crisp and vivid color production. Not just that, it is not a 16:9 ratio, but it’s a 18:9. So, multitasking on this will be nice because you get two even screen. It’s the first phone to get the Mobile HDR Premium certificate. 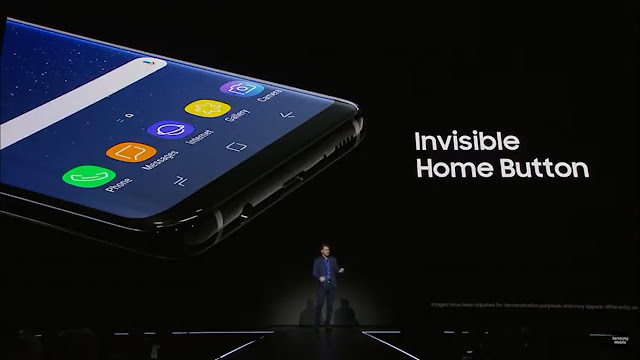 The home button is not removed entirely, but now it’s in disguise. It’s an invisible Home Button where you can still press even when the screen is turned off or when your always on display is… well on. 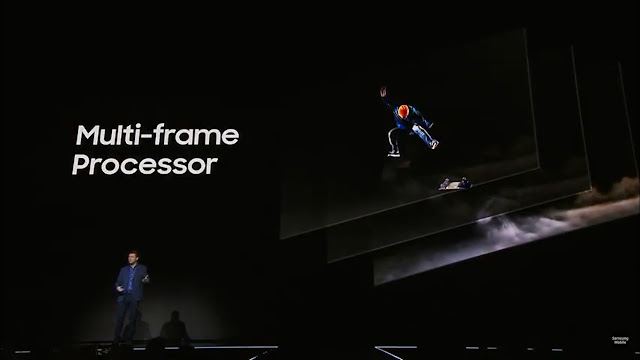 Under the Imaging department, it packs a dual pixel Camera that let’s you take amazing pictures even in low light. It also has a Multi-frame processor, where it takes multiple shots and layers them down in a way to reduce noise. And on the front, it’s been bumped up to 8MP and now features a Smart Autofocus. 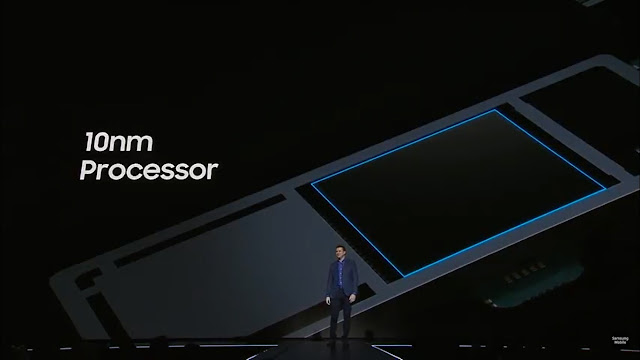 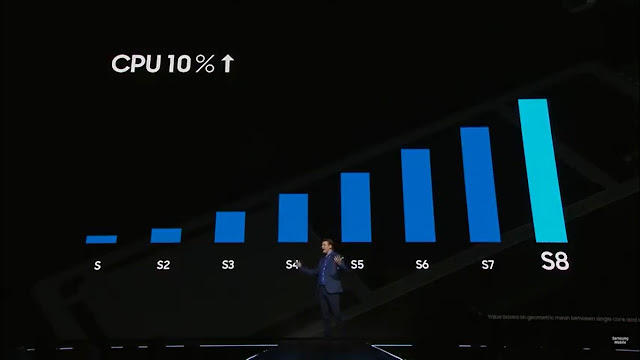 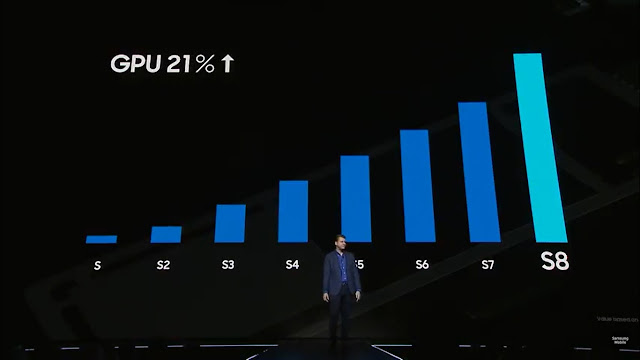 The processor that’s running the hood is not any kind of processor but it’s a 10nm Processor. Which means that you get 10% higher CPU processing and 21% higher in GPU. And thanks to this, we also get better optimization. 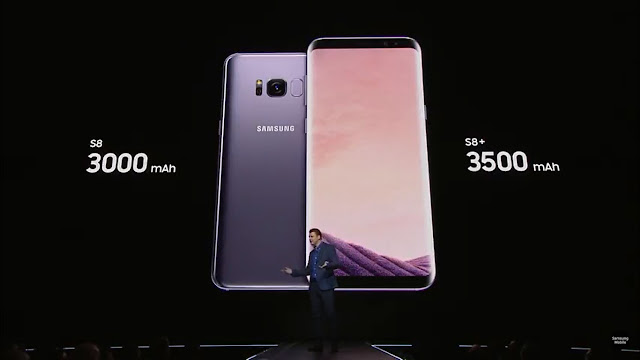 The S8 packs a 3000 mAh battery whereas the bigger brother packs a 3500 mAh battery. It goes through a tedious process of testing to make sure the battery is in good shape. 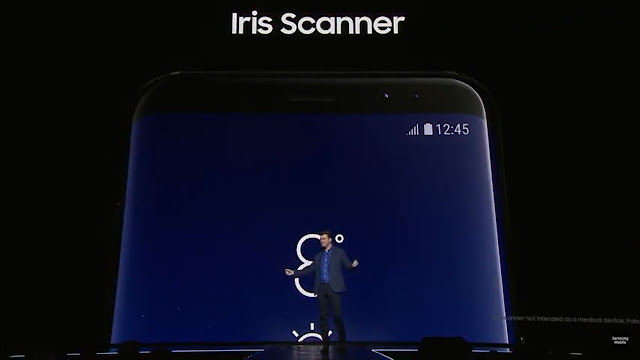 To enhance the security of the phone, this time they’ve added an Iris Scanner. Now, you can unlock your phone in breeze just by looking at it. Which is a smart addition because let’s say when you have gloves and you are in a mountain hiking… It helps a lot. 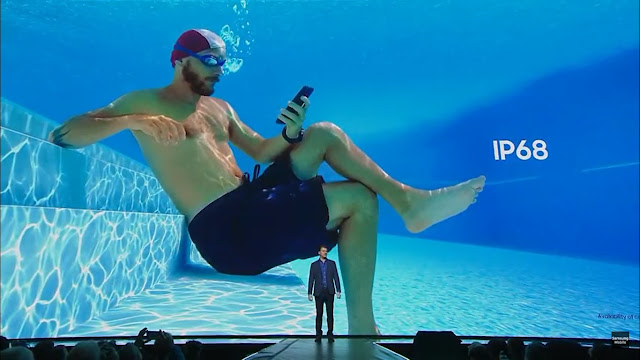 And yes, following its previous brother S7, the S8 also packs a IP68 rating. So, you can bring it for a dip in your swimming pool and still be able to use it. 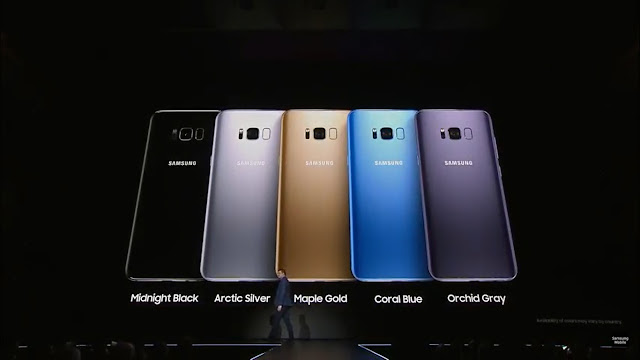 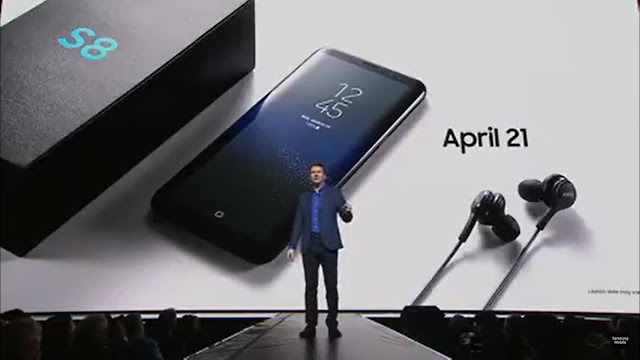 Both S8 & S8+ comes in five colors. Midnight Black, Arctic Silver, Maple Gold, Coral Blue and Orchid Gray. It will go on sale on April 21st and on top of that, they are partnering up with AKG for an amazing pair of headphones that’s worth $99 USD will be also be included with the phone when you buy it. 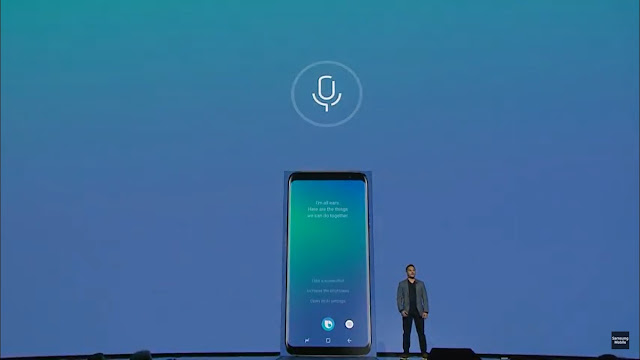 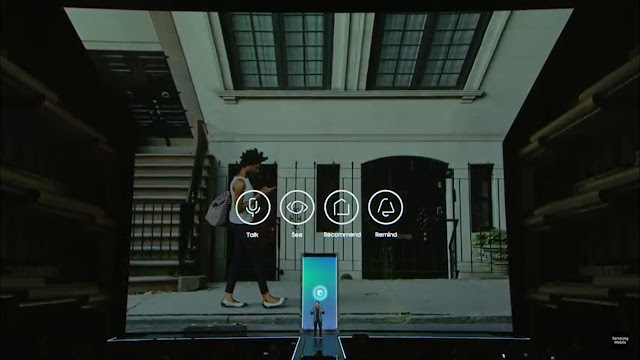 The Samsung Galaxy S8 & S8+ are the two phones to pack Samsung’s very first Virtual assistant, Bixby. With the dedicated button on the device, you’ll be able to say commands to your device and let it do your job for you. They’ve partnered up with other apps to give you a better contextual understanding. What it’ll do is that, it will read your routine and share cards accordingly. 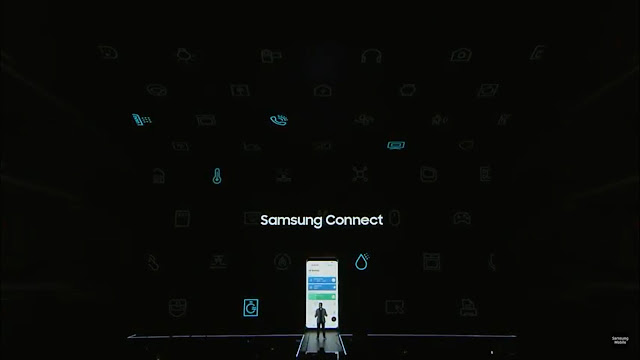 You can also connect to the IoTs via Samsung Connect. It let’s you interact with all your smart devices at home and also give you a fluidic experience to make your life easier and hassle free. 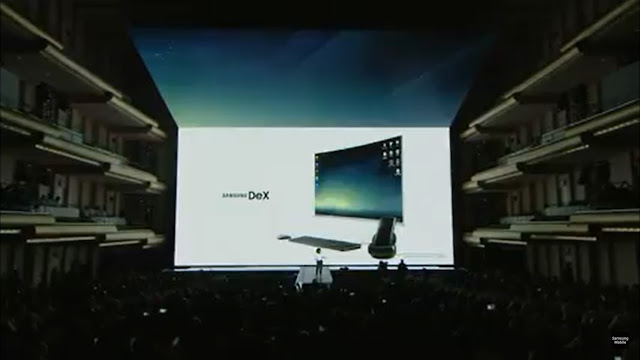 Not only that, you can connect your Samsung Galaxy S8 to a dock and work on it like a full fledged desktop. The Samsung DoX let’s you use your phone on a bigger screen, to make your productivity better and mobile in a way it’s innovative and smart. You can also use a normal keyboard and a mouse to take full control of the device itself. Not just that, you can also use your Iris Scanner to unlock your device.

Last but not least, Samsung unveiled their all new Gear 360, that now shoots Full 4K video and also you can go live with the Gear 360 on 2K. Which I will be covering in detail later.
Stay tuned, as I will be covering more about the Gear 360, Samsung DoX in another article. So stay tuned. Be sure to follow us on our social networks and I will catch you guys real soon.
This is Prithivi Raj / Vesper
Signing off.

Jaya Prithivi Raj, also known as Vesper is the Founder of The Adventures of Vesper. Malaysian. Indian. The Rainmaker. I tend to try too many new things because I get bored quickly. But one thing I am not: Tech and Healthcare.

Samsung Galaxy S9+ Review: The One with a Change

Samsung Galaxy Note 9 Launched & Packed To The Brim With Hardware!

Top Samsung Products To Compliment Your Home This CNY

OPPO Find X Launched In Malaysia, Here’s What You Need To Know!

Read in your own Language [Experimental]