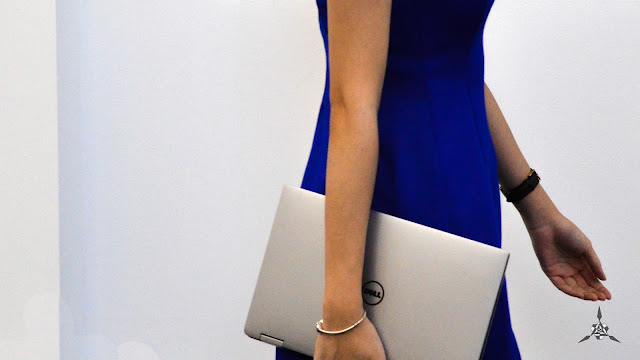 During CES 2017, which happened in Las Vegas. Dell unveiled their new series of XPS and other laptops which had amazing specifications. One noticeable thing is that, these Dell devices has the 7th Generation Intel Kaby Lake Core i processor. And earlier today, Dell announced the availability of the XPS 2-in-1 and their other devices in the Malaysian Market.

Dell XPS 13 2-in-1 is a 13” device on a 11” laptop body, which makes the laptop footprint small and compact. Thus allowing you to use the laptop at various places without any trouble. You can fold it and use it as a tablet or use it as a laptop. XPS 2-in-1 rocks a UltraSharp QHD+ Display that’s sharp and vivid. It’s also a touchscreen, so you can doodle or take your art project on the go. It runs the latest 7th Generation Intel Core vPro processor under the hood to give you an amazing performance.
You can also pick up a XPS 13 which is not 2-in-1 and comes with the same specs as the 2-in-1 or you could go for the bigger one, XPS 15. Which has a Nvidia GeForce GTX 1050 under the hood.
The XPS 2-in-1 and the others will go on sale through Dell and the authorised Retailers Starting from the price listed below.
Until 30th April 2017, if you happen to purchase any of the Dell XPS that’s running the 7th Generation Intel Core processor, you will receive a Dell DA200 Adapter USB Type-C that’s worth RM319. Not just that, you will stand a chance to win the all new Dell S2718D InfinityEdge monitor that’s worth RM2,999.
They also brought the Gaming version of Inspiron, Inspiron 15 into the market in two colors. It packs Intel’s 7th Generation Core Processors, including a  Nvidia GeForce GTX 1050 and 1050Ti. And an anti-glare Full HD 1920 x 1080 display that you could use it outdoors. It will go for sale for RM 3,899. And their all new Dell Ultrathin monitor S2718D which has a Quad HD panel, will go for sale for RM 2,999.
Head over to dell.com.my for more information.
Tags #2-in-1 #Convertible #Ultraportable
Lipton