Jaya Prithivi Raj, 6 years ago
Oppo, a Chinese company that’s been attracting many consumers with their product, released the R9s in Malaysia earlier this year. And there was certain things that was missing when I was reviewing it but it was a good phone given for the price. And in March, we got the bigger brother, R9s Plus with some interesting specification under the hood. I was wondering whether I’ll be satisfied with it. So, that’s when I decided to review the R9s Plus and give you my full review. Let’s jump right in.
Design & Build Quality 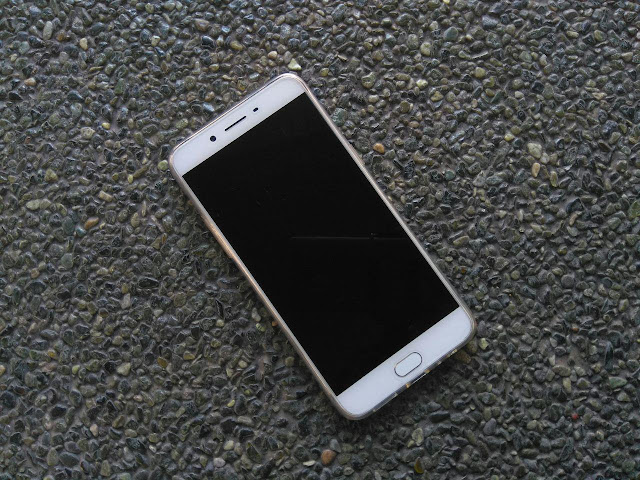 In terms of design, it follows the same design of it’s predecessor R9s. It has the metal body finish at the back with the camera on the top left, followed by the 6 band antenna lines and also the Oppo Branding & CE Marks. On the front, it has a Corning Gorilla Glass 5 that is scratch resistant. And the front facing camera, earpiece and the proximity sensor is on the top followed by the screen, the fingerprint sensor and the capacitive buttons. To be honest, the phone resembles to a company that we all know about which came out with the first phone with no headphone jack. (You know which phone I’m talking about), but this one has an headphone jack.
It feels premium and nice in the hand. But it is slippery, so it’s scary to hold because the phone is prone to breaking. And also, one noticeable difference with the phone is that the weight isn’t distributed properly. The top part feels heavier than the bottom, which is not a good thing especially when you hold it in one hand and it falls off your hand. And as it is a big device, it is indeed hard to hold in one hand. I’d say it’s solid but still needs some refinements to be done.
Display 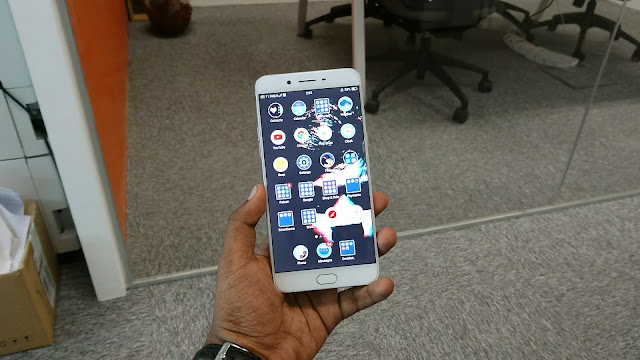 This phone features a 6.0” (5.98” to be exact) AMOLED Display that looks crispy and beautiful. The colors on the display pops and its just a pleasure to look at. Especially when viewing any sort of graphic or visual content, it’s just amazing. Enjoyed watching those music videos and also binging series on iflix which was just great. The viewing angle is good and there’s no distortion of colors on either angles, which is just great. Also, as a student, using it to read contents is just nice.
Previously when I was using the R9s, I had a problem with the brightness. Under the bright sunlight, it doesn’t look that well and often at times, I saw myself finding a shade to use the device. But I didn’t face any sort of problem with the R9s Plus, which made it a life saver. And also, viewing at night under low brightness is not irritating to the eyes. So, I am happy with the controls this time.
The touch on the display is responsive, and playing games that involves more touch input ended up responding pretty well. It gives you this huge screen estate, that let’s you play content without without you accidentally cover it with your palm. In short, there is an improvement with the display and this time I liked it more.
Performance 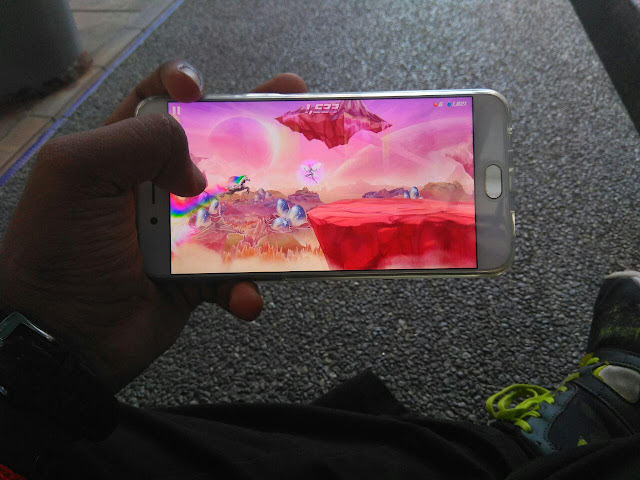 The R9s Plus is a steroid when it comes to the specification. It packs a Snapdragon 653 with a whooping 6GB RAM that let’s you multitask without any problem. If you like those Benchmarks, you can look below. (Benchmark scores varies with real life usage).

Streaming media content from services like iflix, Apple Music is just smooth and runs well in the foreground and the background without any glitches. And using usual applications like Social networks are smooth and there’s no lag or force closing. Taking it up to a notch, playing graphic intensive content, made the phone perform really well and not just that, it also handled every frame without no tearing or stutters. But at a certain point, some games got stuck in the homescreen for a long time and I had to force close and reopen. Sometimes, restart as well. But good thing is that the problem wasn’t that frequent.
I used it more as my to-go editing device, where I run mobile photoshop to get my work done. And it handles perfectly well, I had no issues with it. And as for the 6GB RAM does wonders, it really saves the memory of the app where I left and when I force close and open back, it brought me back to the place where I was, which is just great.
When using it in an intensive way, the phone barely got hot which got me impressed and I was so happy with it. And handling everything with power more than you want, made things perform well. Good job right there.
Camera 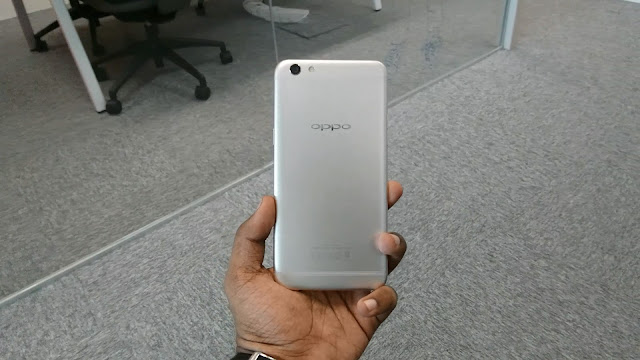 Let’s start off with the front facing camera. It’s a 16MP Front facing camera with an aperture of f/2.0. It takes really good pictures, and the details are on point. The color production is pretty neat and so is the exposure. But at times, the camera software tends to get cranky and the exposure doesn’t work that well, ending with a pretty bad pictures. It shoots 1080p Full HD video via the front facing camera. And also, here’s a fun fact. In case you guys don’t know, the whole video where I unboxed and gave you my first impression on the Logitech Silent Plus was shot using the front facing camera. Honestly, I am really satisfied with the front facing camera but when it comes to the software department, it needs to improve a lot.
Now with the Rear Facing Camera, This phone packs a 16MP Rear facing camera with an aperture of f/1.7. Again, one of the feature I wanted in the R9s is in the R9s Plus. OIS+. Snapping pictures on the move is just splendid. The color production again is good at times and it isn’t due to the software. When adjusting the exposure, it tends to overexpose or underexpose at times. Which is not only bad but also can get irritating too. But force closing the application and reopening the app solves the problem. And when recording the video, the OIS+ doesn’t really help. So, I end up attaching the phone to a stabilizer.
Overall, in terms of hardware it has some of the finest one out there but sadly the built in app isn’t utilising everything. It’s not entirely disappointing but I wish they fixed the software. But till date, I’ve enjoyed taking pictures with the Oppo R9s Plus camera.
Battery Life
The phone packs a whooping 4000 mAh, just enough for you to go without your charger for 1-2 days. And I did walk out without a charger. The phone lasted me one whole day under normal usage, where I had 2 SIM in it and roughly got a screen on time of 5-6 hours, which is amazing. But with just a single SIM, the experience changes. I actually got more than 5-6 hours of screen on time. Where I got to catch up with my series, read some books, check my social network and also listen to music the whole time.
When I used the phone just to finish the battery, i.e., use it intensively. The phone lasted for half a day and I had to look for the nearest power source, which is my power bank. And get the phone back to a percentage where I didn’t have to worry about charging it again.
Charging 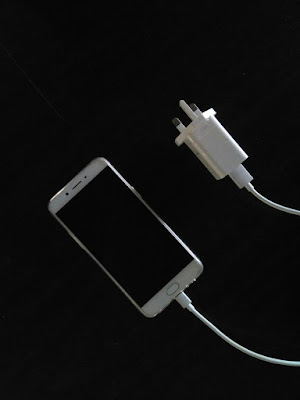 R9s Plus supports VOOC Fast Charging, so which means you can charge 0-100 in a matter of few mins. But make sure you bring your VOOC Fast Charger with you at all times because if you happen to use a non-VOOC Charger, expect it to take super long to charge your device.
Call Quality & Connectivity
When I was using it, I kept switching between different telcos to see how well it performs. In fact, the calls quality were pretty clear. The person on the other side was able to hear me well and also it was no call drop. Which is a good thing. And when it comes to data connectivity, I constantly received 4G/4G+ with no problems and it was blazing fast. One odd thing is that, when the phone goes below 20% battery, the data does not work at all. Which is weird.
WiFi & Bluetooth Connectivity
Connecting to a Wi-Fi is okay and also the phone supports 802.11 a/b/g/n/ac. I had no problems with it so far and it was good. And as I am on the move most of the time, I like pairing my phone to a bluetooth headset for a cluster free travel. And the quality of the audio that’s received by my headphones were still good. No compromises.
Fingerprint Sensor 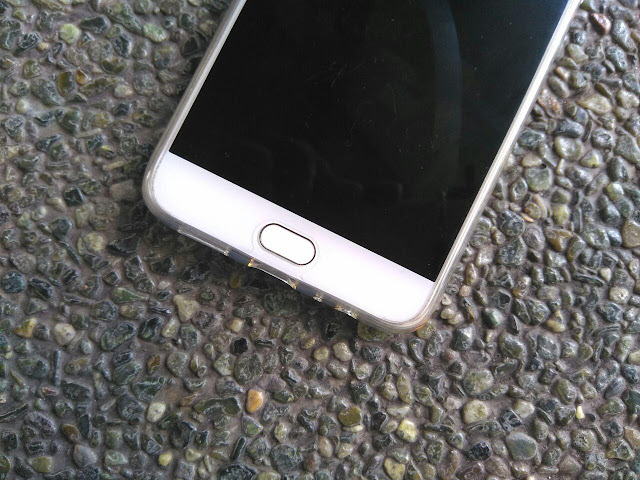 I’d still say that the Oppo has the fastest fingerprint recognition compared to the devices I’ve used in my entire life. It’s fast, snappy and responsive. Thanks to the active fingerprint scanner, it is a whole lot easier to unlock.
User Interface & OS
It runs a custom UI called Color OS, based on Android 6.0.1. It does come with so many built in features where it let’s you draw gestures on the screen to trigger an action and also looks simplistic. It functions so well and also the features are pretty much handful.
It also has certain things that needs to be corrected. The language translation needs to be corrected. Some words looks like as if it was translated directly from chinese. And also, their memory optimisation app is wonderful but at times it takes things overboard. It tends to kill all the apps that was supposed to run in the background. And also, their message filters needs to be fixed because sometimes it tends to filter my contact’s messages under “Messages from Unknown Sources.” Which led me to a phase where I ended up sending so many “I am so sorry” messages to my friends and my lecturers.
Hopefully their next update fixes all the problems and there’s no inconvenience. But under normal usage, the UI and OS worked fine and didn’t give me so many troubles.
Conclusion

Oppo R9s Plus is an amazing phone for what it has to offer, and it has fulfilled all the features & improvements I wanted with the R9s, like for instance – inclusion of a huge battery, faster fingerprint sensor, beautiful camera with OIS and sort. But it also kinda got me a bit disappointed in the software department. Heart to heart, Oppo really needs to revamp the way their UI look and make it more Oppo instead of resembling like someone else. That doesn’t mean I didn’t enjoy using the phone as my daily driver. I did and I will definitely give a chance for Oppo for them to improve their experience.
Now comes the part, is the R9s Plus a phone worth paying RM 2498? My answer is Yes & No. While there are other competitors that makes great phone at this price, Oppo R9s Plus has some impressive optics for snapping pictures and also power more than you need, it is a great buy. Not just that, it also comes with perks like Screen Care warranty and sorts, which makes that price tag worth the buy. Personally I feel satisfied with this because of what it has to offer for the price. Keep it up Oppo.
Pros & Cons
Pros
Cons
And that’s been it guys, thank you so much for reading this. If you liked this review, share it with your friends or anyone that’s interested in the phone itself. And I will catch you guys real soon.
Tags #Full Review #R9s Plus