U Mobile Users gets to Groove at Urbanscapes, Upfront, Good Vibes and Ed Sheeran’s Malaysia Tour! 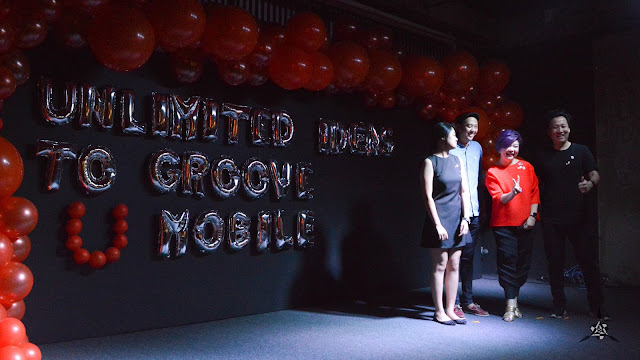 U Mobile knows that their users love music and to make every single one of their experience interesting, they’ve created Unlimited Ideas for customers to groove through the year. Starting off with the Urbanscapes 2017 (it’s an art, music and culture festival), which is happening tonight. And it’s happening every weekend throughout the month until 21st May. There’s more like the Upfront Concert series, Good Vibes Festival and the hyped up concert happening this year, Ed Sheeran’s Malaysia Tour. (Yep, you heard that right)

At Urbanscapes, U Mobile customers will get some pretty interesting perks such as Early Bird Ticket Prices, Exclusive U Mobile x Urbanscapes 2017 Merchandises, Grab Discounts ( upto RM15 off, to and fro from locations like Urbanscapes House @ 2 Hang Kasturi, KL Live and The Bee, Publika. And 2 rides daily from 5th – 21st May), U Mobile Charging Station & Photo Wall and also U Munchies.

With Upfront, you get to experience established and up-and-coming acts from different places around the world at The Bees, Publika. The next show on 19th July 2017, will feature London-based duo, Oh Wonder. Previously, Upfront has featured The Temper Trap, Grimes and The Vaccines. Again, you get to enjoy perks like Early Bird ticket prices through out the ticket sales period, Grab Discounts ( on the day of event), U Mobile Charging Station & Photo Walls, U Munchies.

With the Good Vibes, expect for some exclusive ticket giveaways, special U Mobile price for festival tickets or backstage passes where you get the chance to meet & greet the artist and have the time of your live.

Last but not least, Ed Sheeran is coming to Malaysia later this year and U Mobile is a proud partner. Expect something mindblowing to happen soon. It will be announced on U Mobile’s official Site (www.u.com.my) in June 2017.
Tags #Ed Sheeran #Good Vibes #Groove #Unlimited Ideas