Sudio, a company based in Sweden makes high grade headphones and earphones. One thing about Sudio audio peripherals is that, it has a design that defines simplicity and gives a statement. In fact, folks over at Sudio was generous enough to send their Vasa Blå, which is their wireless in-ear headphone. For us to take a closer look and give you guys my thoughts and opinion on the headphones. This is the Unboxing and the Full Review on Sudio Vasa Bla. 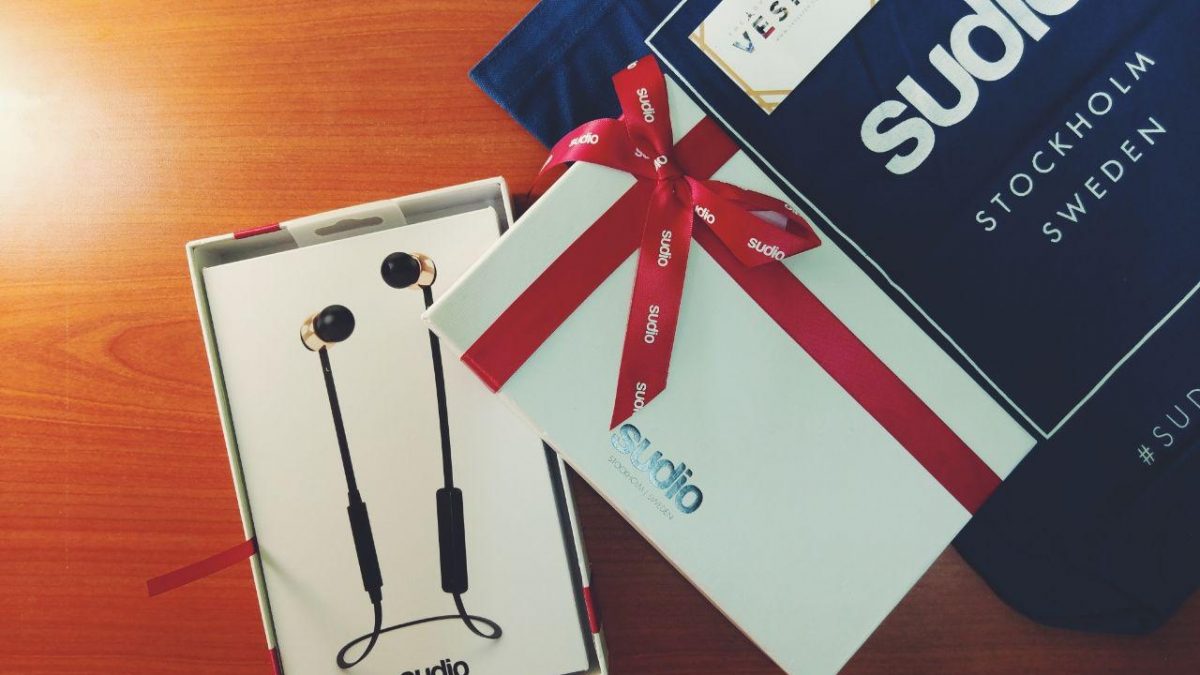 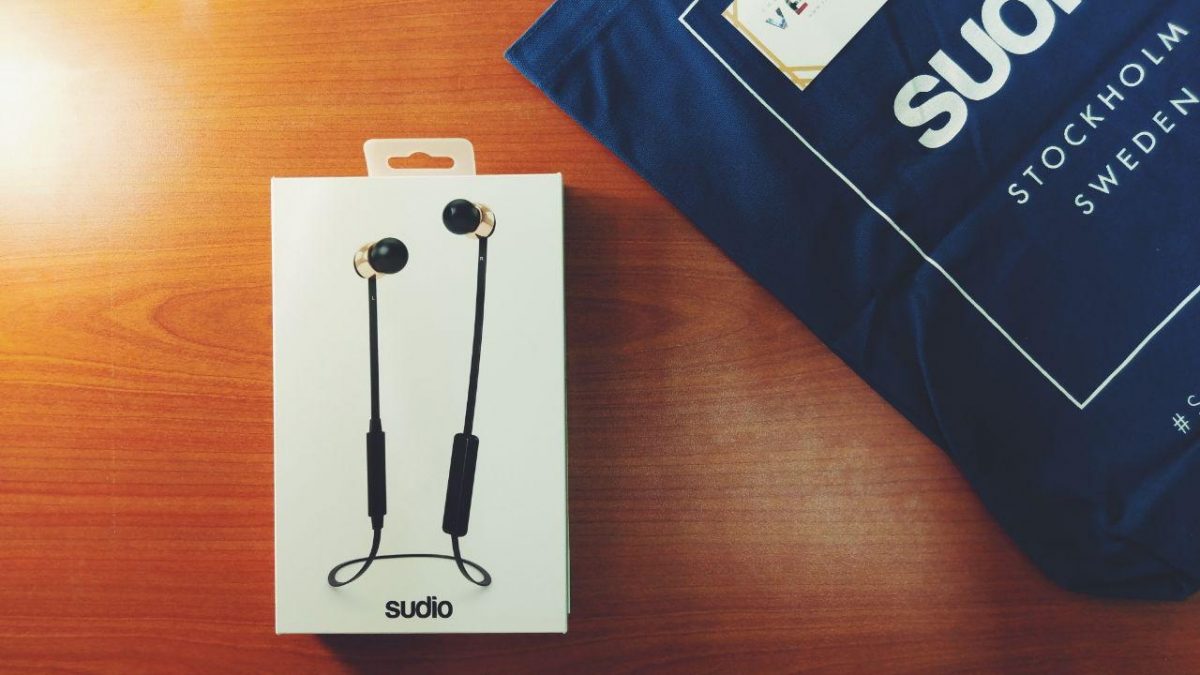 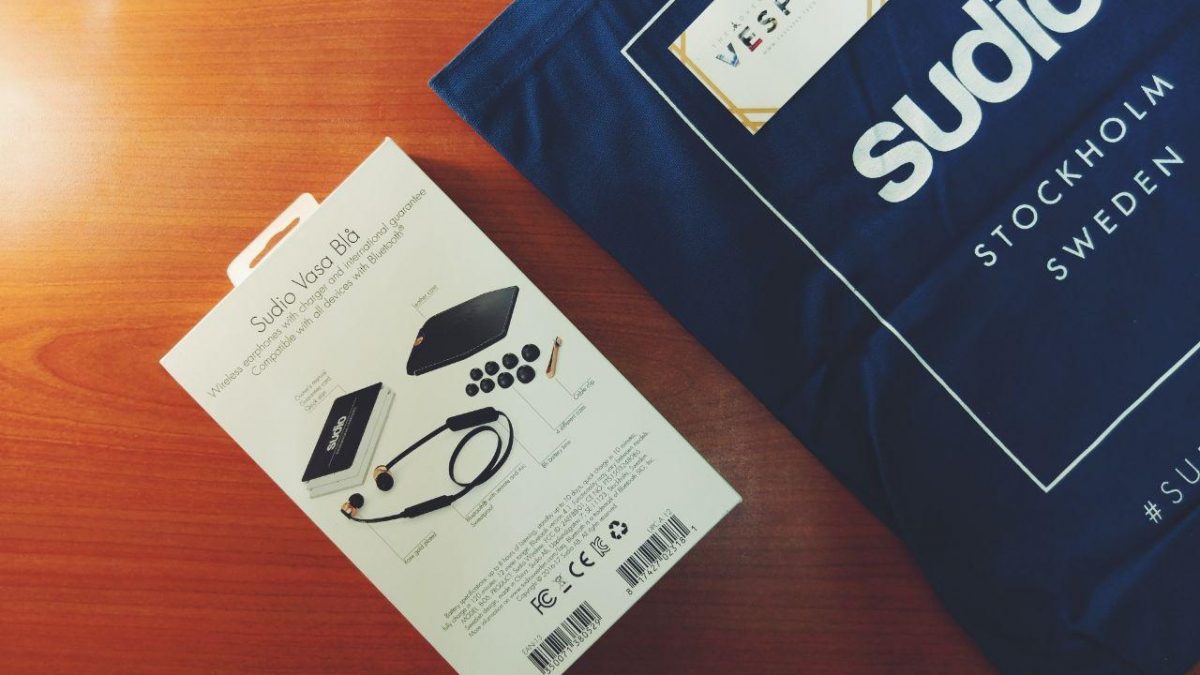 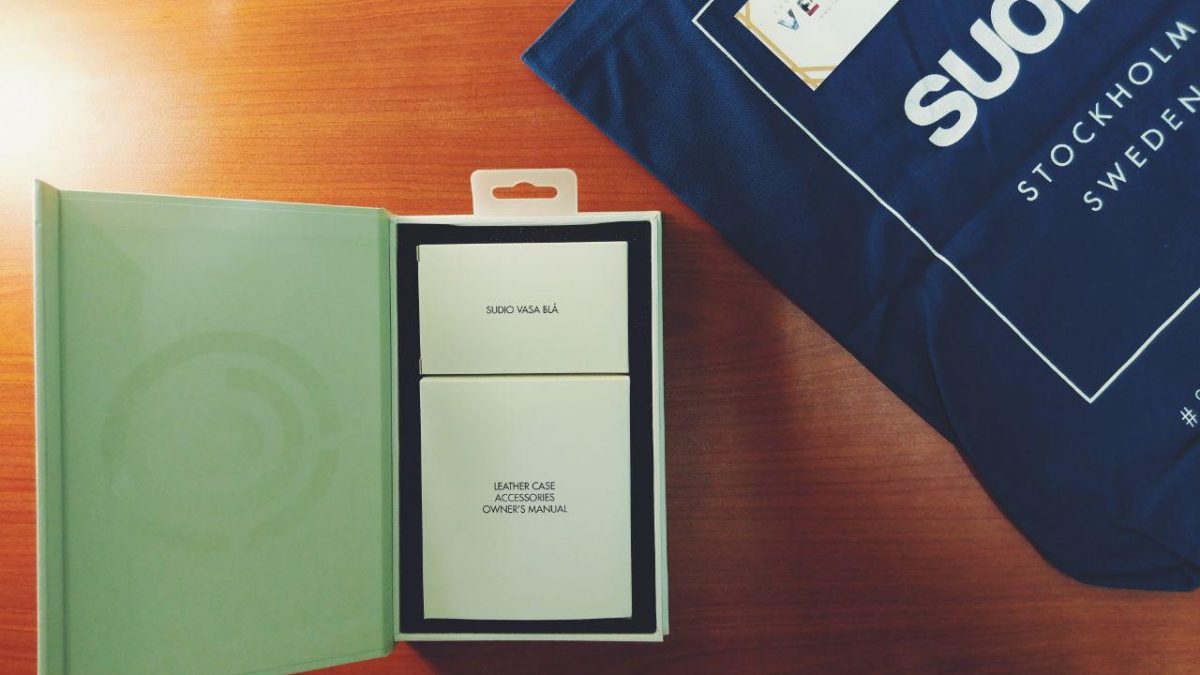 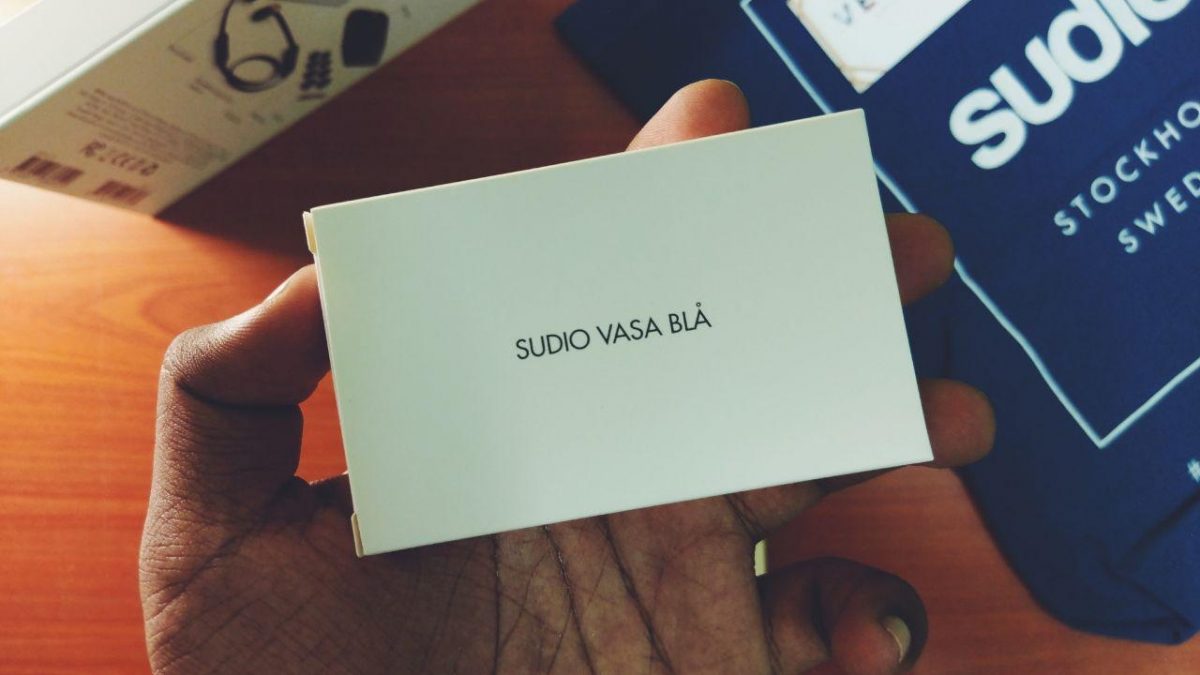 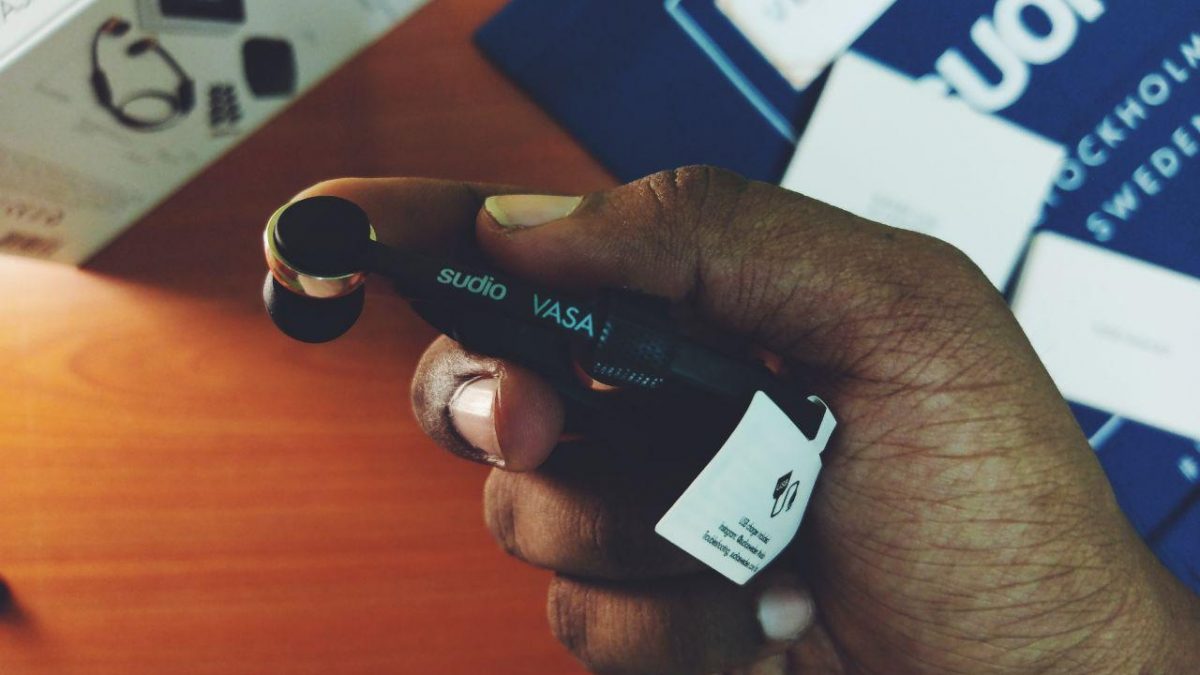 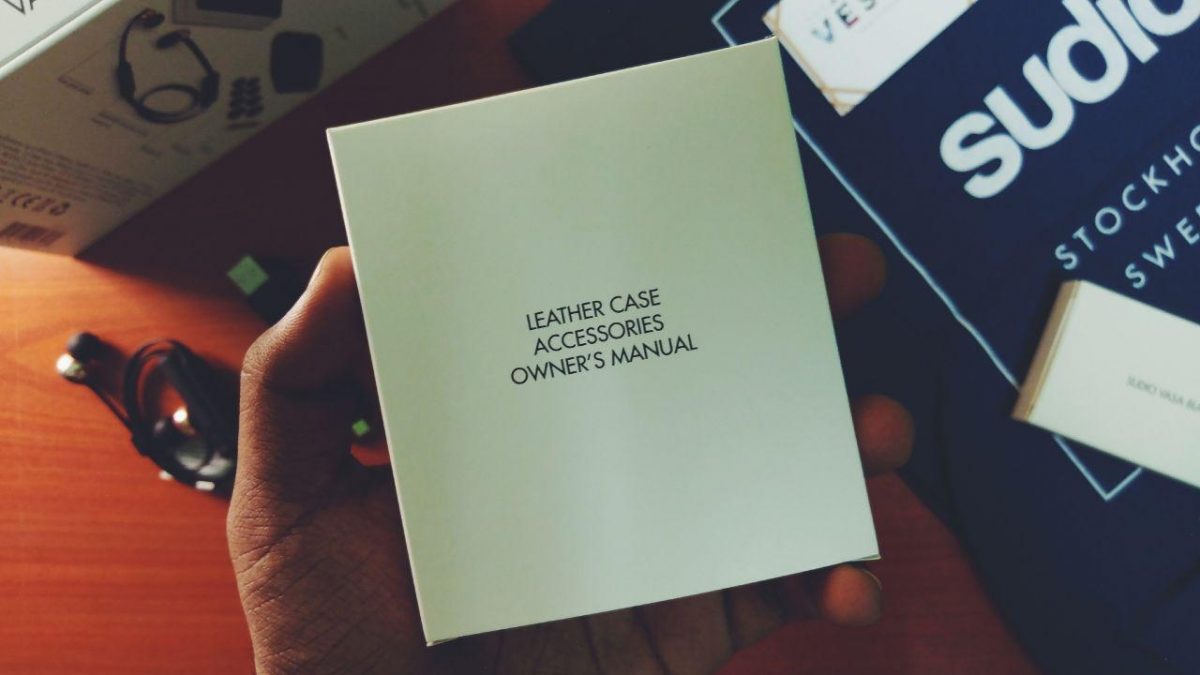 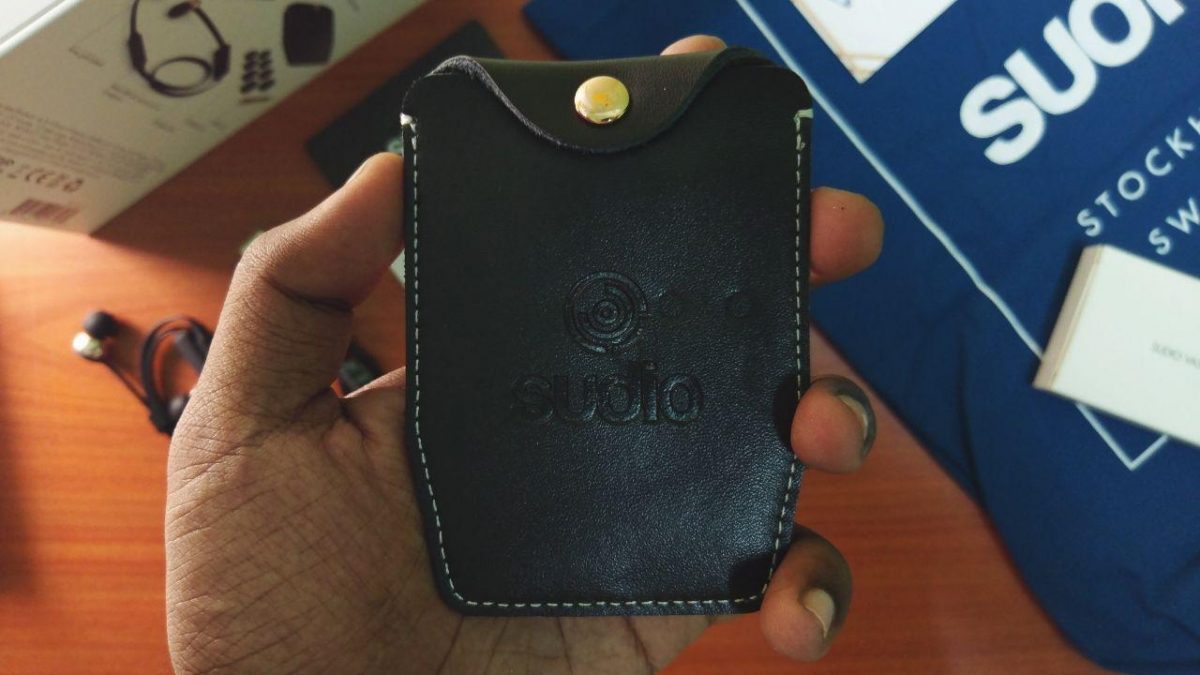 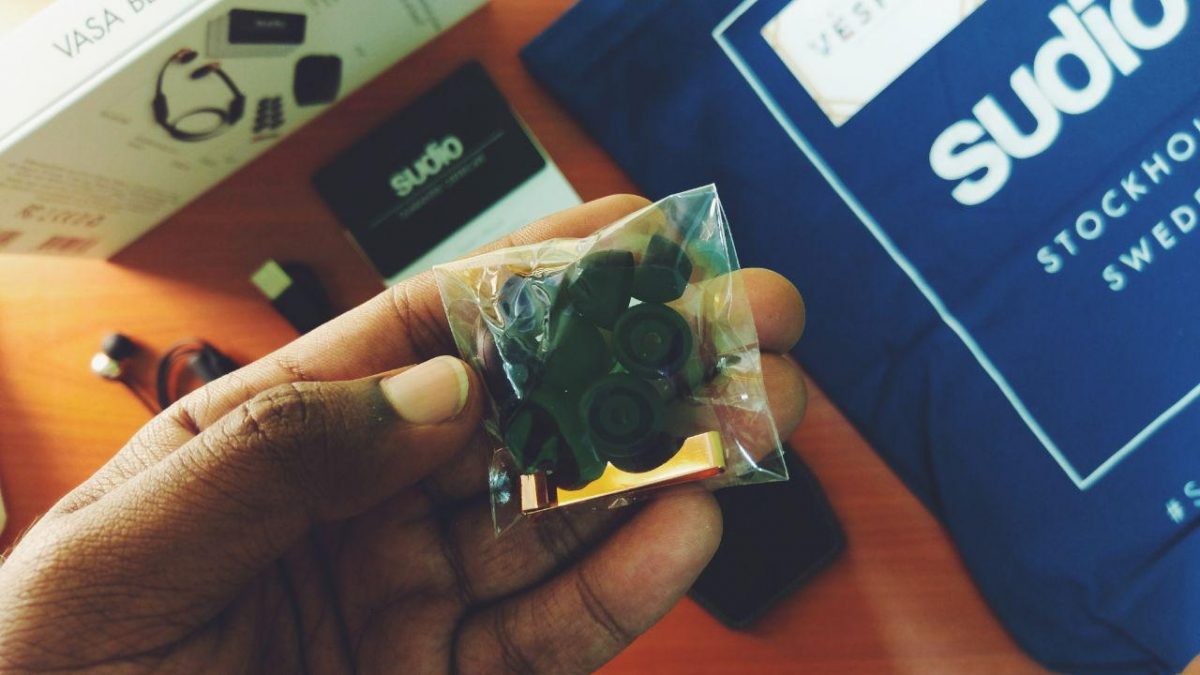 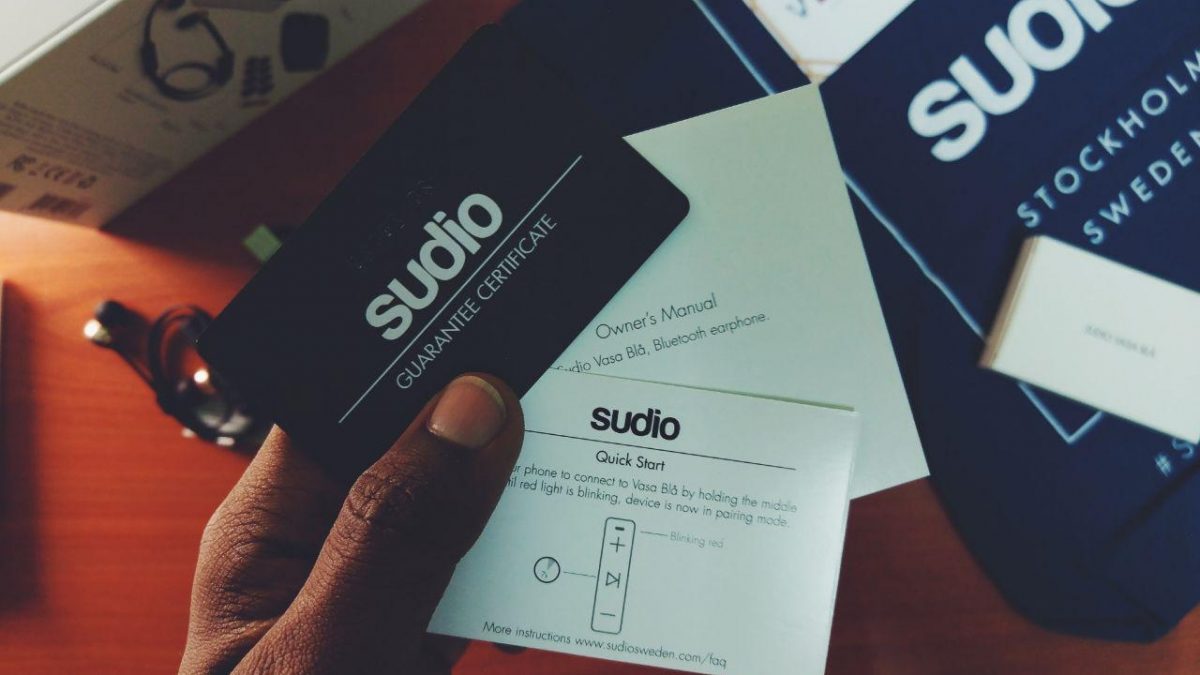 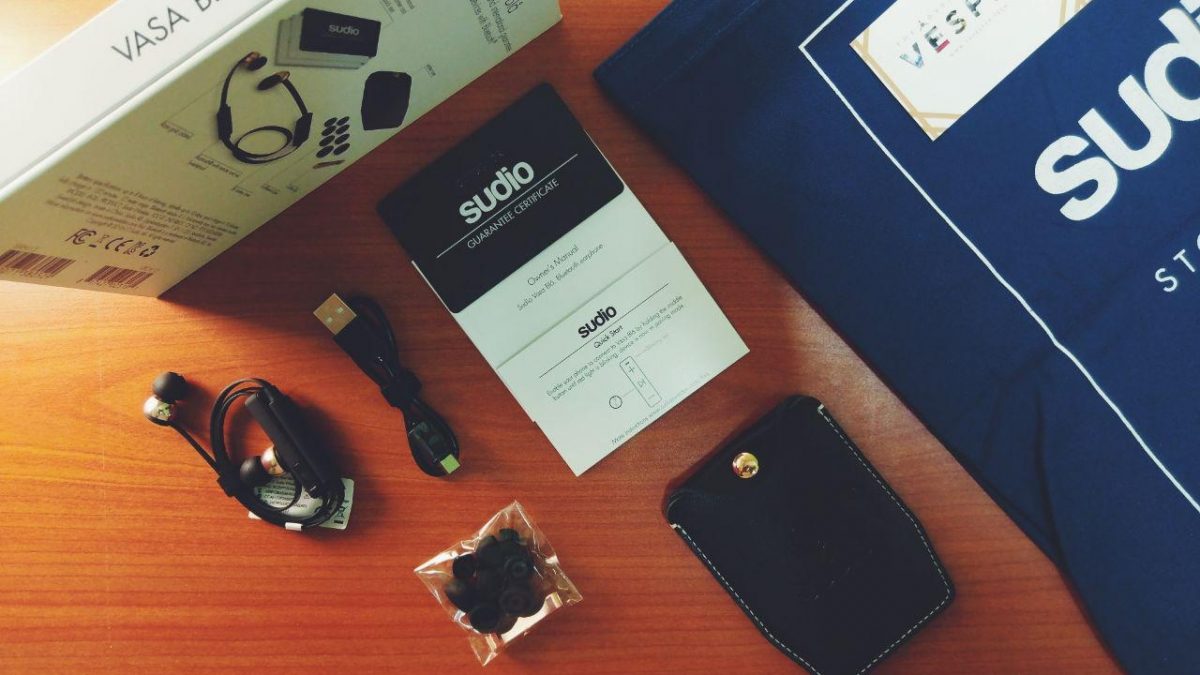 This is possibly one of the best Unboxing experiences I’ve had so far. The packaging itself shows the statement the product makes. Right after opening the Gift Box, you’ll see the Sudio Vasa Bla Packaging with the earphones render on the box. After removing the plastic wrapper and opening the box sideways, you’ll see two smaller boxes  with labels in it.

In the Vasa Bla Box, you’ll find the pair of in ear headphones and a micro USB Charging cable. Next up, in the other box, you’ll find the accessories. Various sized eartips for the right fit, earphone clip, a leather case and User Manual along with a Guarantee Certificate, which makes it a lot more special. 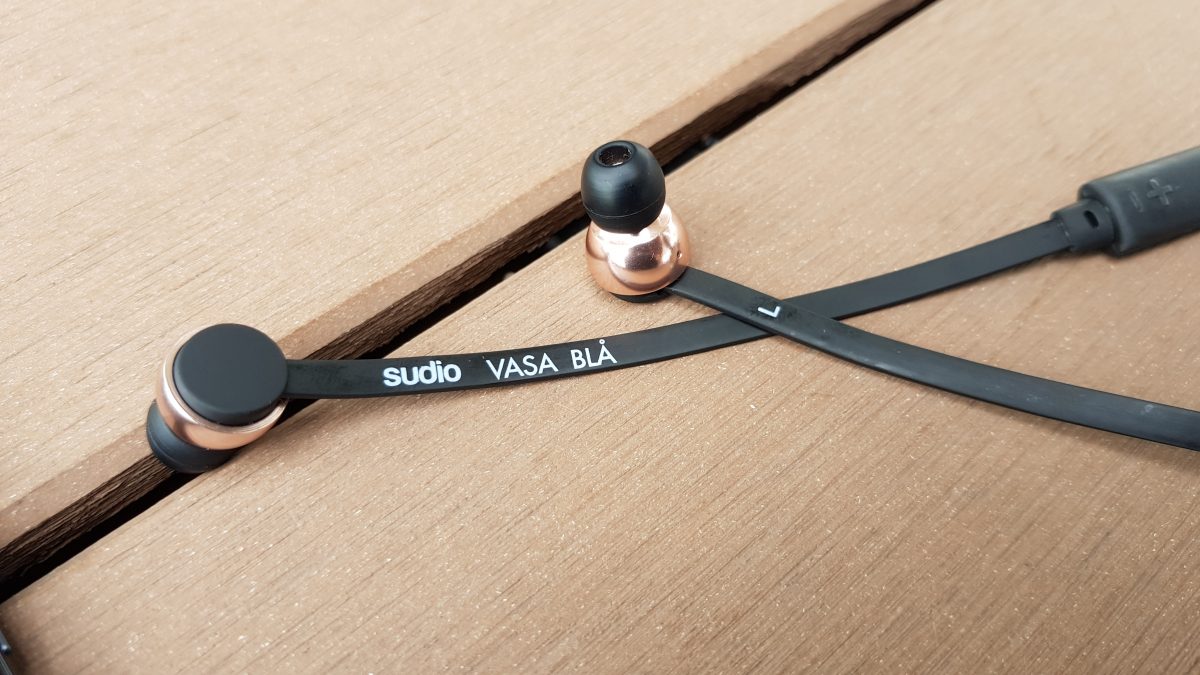 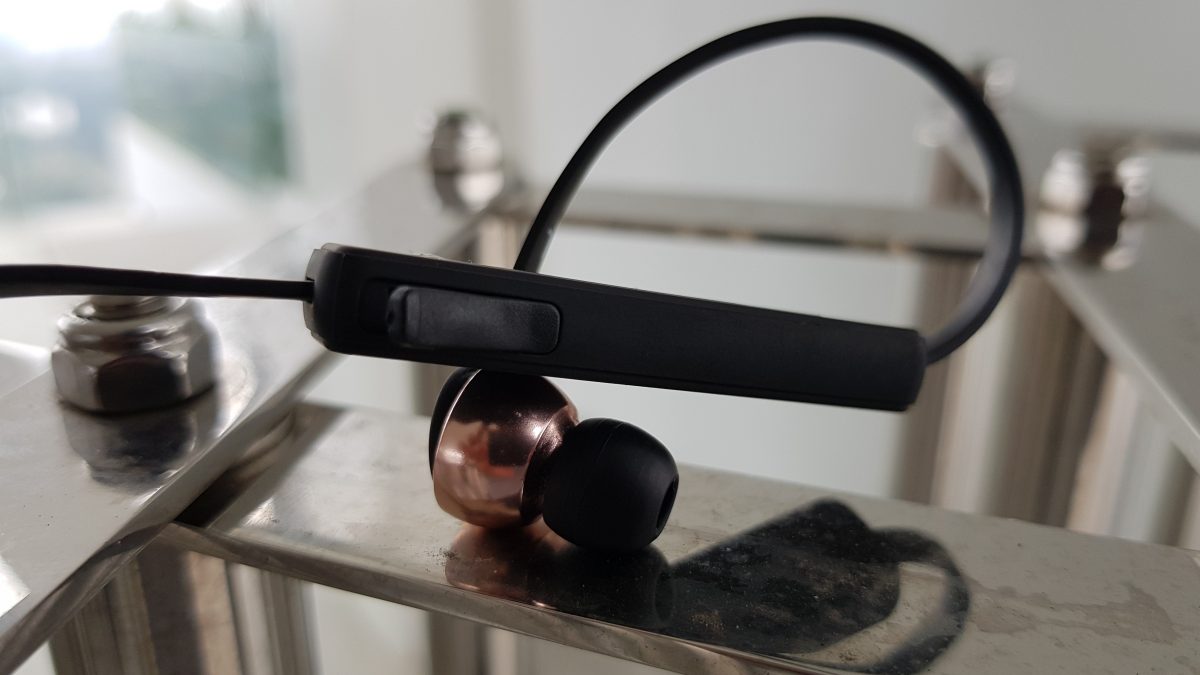 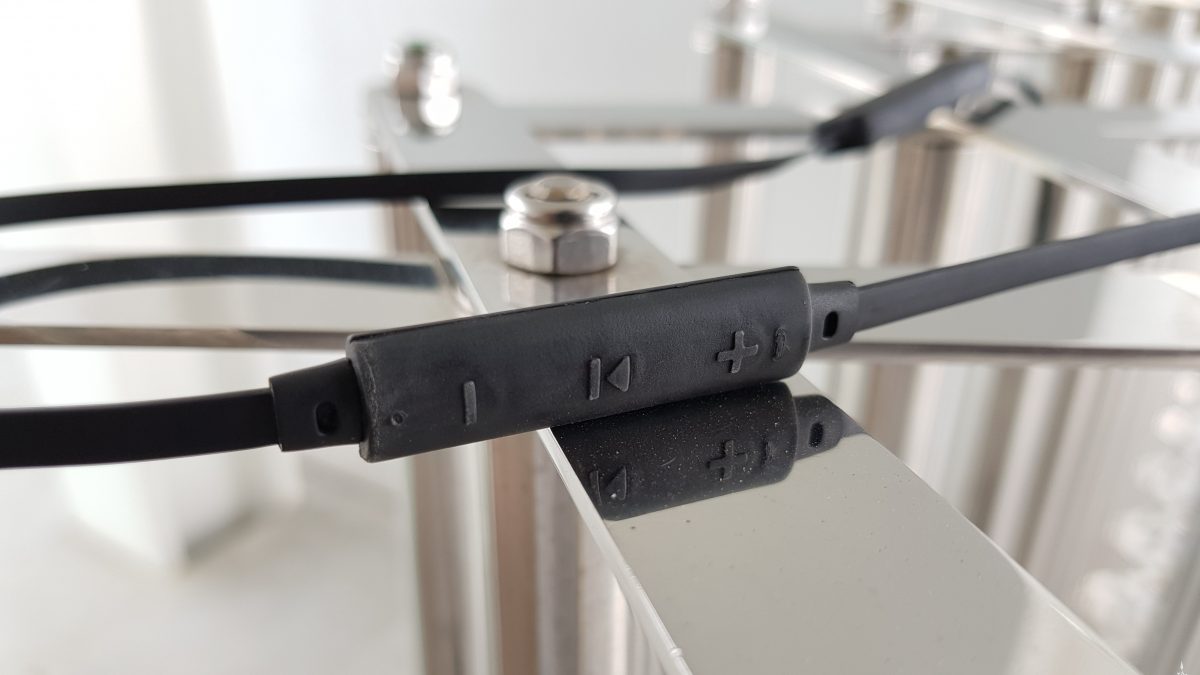 When I first looked at the Vasa Bla, the design was far different from what I see from other manufacturers. The color I requested was the Black Rose Gold. It also comes in other colors like Pink, White and Blue. It’s nice to see a company offering in colors you don’t see everyday and that grabs a lot of attention. I have to say, the finish on this is very nice to the touch. The flat cable running from one ear to another instead of a conventional headphone is different. The Rose Gold accent on these isn’t striking but subtle. If you are one of those who loves the understated look, you’ll love it just the way I did.

Near the Left earpiece, we have the battery module and the Micro USB connector and near the right earpiece, we have the controls. Press and hold the play button to turn on, enter pairing mode and off, Volume Up and Down button. We also have a tiny LED indicator that’s located along with the remote. The buttons on these are pretty tactile and easier to control while on the move.

As much as I like the earphones, one thing that I was bummed me out is that it take a bit of your time to get it sit in your ears. 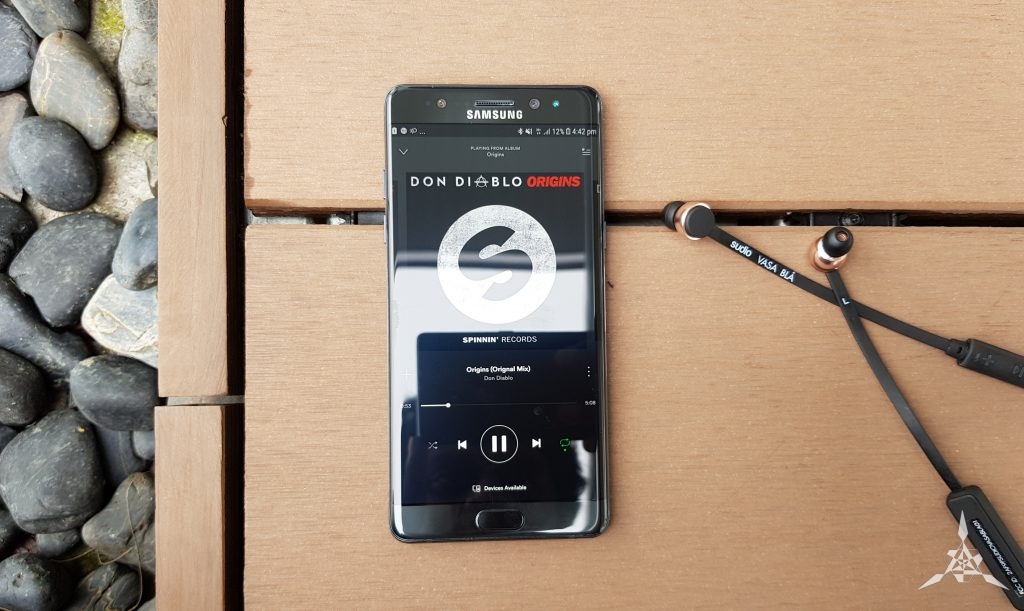 Ever since the day, when companies decided to remove the Headphone Jack, I’ve been using various kinds of Bluetooth in ears. Usually, there’s a lot of compromises in terms of sound quality, it lacks Bass response, has a hard time hitting the right pitch and many more. But the Vasa Bla is the first wireless headphones I’ve used which showed a tremendous change in my listening experience. It was like no other.

Thanks to the carefully tuned drivers and amplifier and noise isolation (not noise cancellation), it brings back the life to the Music I’ve been listening to. The bass response is pretty strong and the mids are pretty decent. I can’t say the same for the lows. Sometimes the bass response tends to be higher and it suppresses the vocals. This only applies for certain songs. But most of the songs that I listened to had a sharp voice and the music along with the bass response was on on point.

When listening to They Don’t Really Care about Us by Micheal Jackson, I was able to notice the details. Like the movement of the beat from left to right and back to left, the thumping of the drums. It was clear, sharp and beautiful. For the vocal, it held up pretty well with rest of the music.

Second song that I tested was Lieblingsmench by Namika. This is a very subtle music. The vocals were a lot more clearer followed by the music. It has a rich sound to it and Namika’s voice was clear and I was able to notice the tiny details when she changes her tone and pitch.

Third song would be Ya Me Entere by Reik. This is a Latin Pop. The male vocal was a lot more defined and didn’t have a washed out vocal. The bass response is noticeable when the drums starts playing in the background. If you hear it clearly, you’ll be able to notice how the bass tends to suppress the vocals a little bit.

One thing I hoped for is that the the Vasa Bla having support for Aptx, which would have made the listening experience up a notch. I hope the v2 has the support for APTx and I am looking forward toward that. 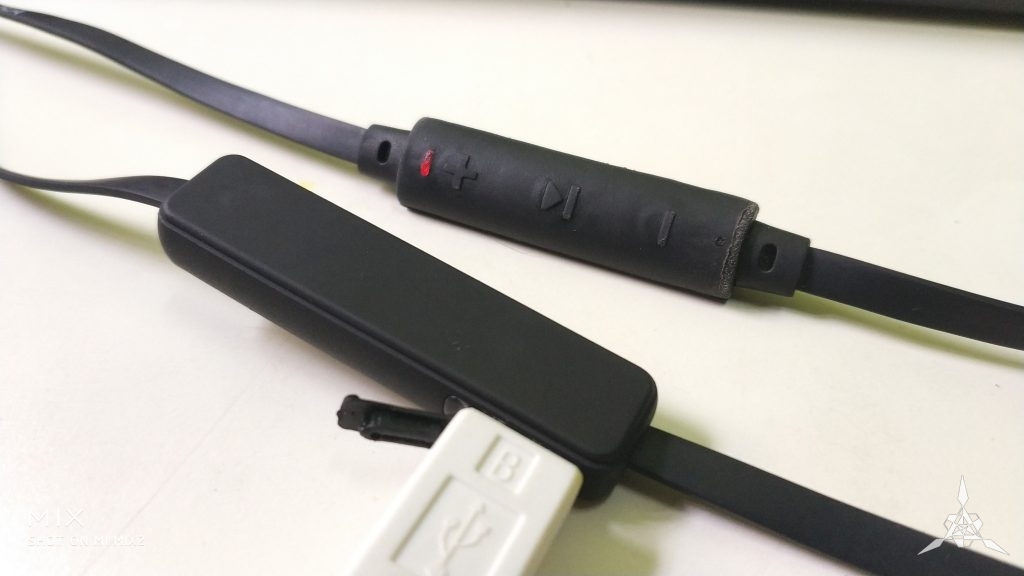 The Vasa Bla has a battery that can last up to 8 hours on active usage and 10 days on Standby. During my time using it, I found my self using it for 4 hours every day and I charge it every 2-3 days depending on my usage. There are occasion where I’ve forget to charge. This is a life saver because charging the Vasa Bla for 10 Minutes, gives you 30 minute more listening time. When ever I’m travelling and the earphones notifies me that it’s low on battery, I plug it into my battery pack and charge it for 15 minutes. This gives me more than 30 minutes of listening time.

Unlike other conventional Bluetooth earphones which has a sleek design and includes the battery in the remote, Vasa Bla has a dedicated battery. Located closer to the left side of the earpiece. Having a dedicated battery makes a lot of difference. Longer Battery = Longer music session = Happiness. As simple as that. My previous Bluetooth Sports earphone, had a 7 hour battery life. With the Vasa Bla, the extra hour of battery makes a difference. 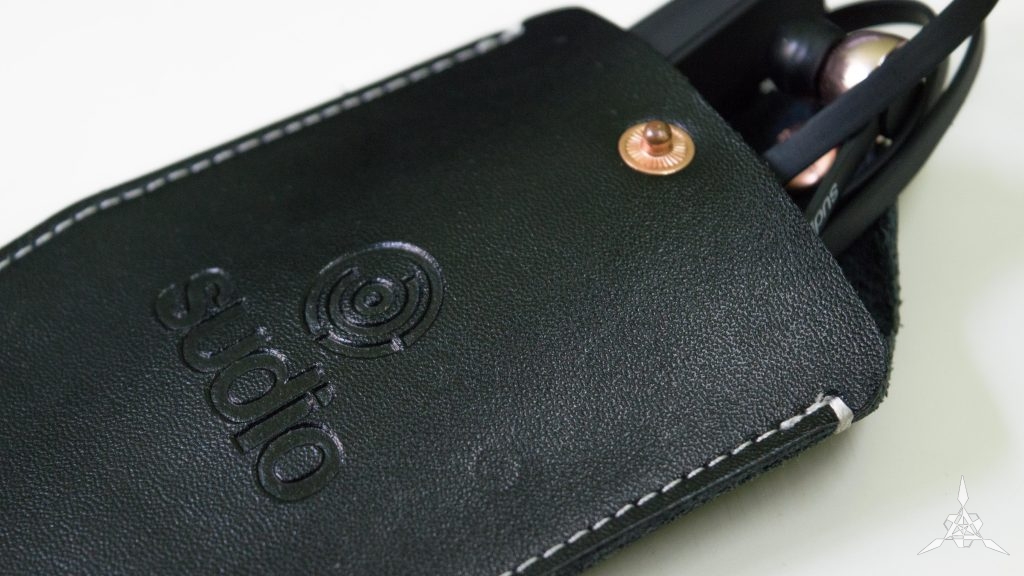 When you own a good pair of bluetooth earphones, protection is important. With that being said, the Vasa Bla comes with a Leather case which looks and feels premium. Keeping it in the case was a bit of a challenge because the Vasa Bla’s two huge modules ends up sticking out of the case. After a while, you’ll either get the hang of it by learning how to keep it inside the case or you’d just go for a different case. 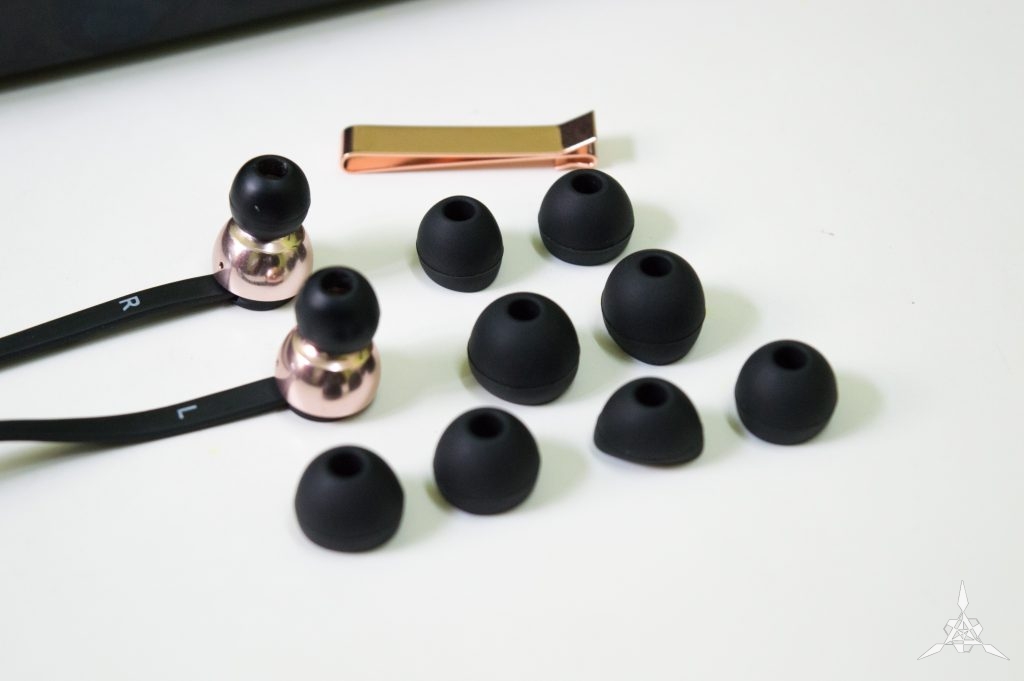 One issue that I always encounter with other in ear headphones is that the eartips doesn’t give the greatest fit. Which means I have to stick to over hear headphones or get a customized eartips for my earphones. The latter does not come at an affordable price tag. Sudio included 5 different eartips for a much more precise fit and one of the eartips that they include is exactly the size that I go for and it was perfect.

I am pretty sure you will be able to pick the right tip for your ear canal.

Sudio Vasa Bla is definitely one of the in-ear headphones I have tried this year which is close to what exactly I want. A dedicated long lasting battery, really good bass response, a decent remote… I could go on and on about it. Yeah sure, it does have it’s cons as well. It sure is not the right bluetooth in ears for sports, if you are one of those fitness addict, You can pick up Sudio Tre, that comes with a whooping 9+ hours of battery life. But none the less, the Vasa Bla is the Swedist (Sweetest. Pun intended.) pair of earphones that will make your eyes filled with tears of joy and heart filled with the rhythm of the song that you love.

For All my Readers

Before I share the surprise for my reader, I would like to thank my friends over at Sudio Sweden for making this possible. They are definitely one of the amazing people that I’ve met, who cares about their consumers a lot. The shipping was ridiculously fast and I got my pair of Vasa Bla from them within 4-5 days from Sweden. Now for the surprise.

When you pick up your own pair of Sudio Vasa Bla or any Sudio Products, use the discount code “TAVESPER” for 15% off on any of your purchase.

Huge thanks again. Be sure to pick up one and let us know in the comments down below.

P.S. Listen to Young and Beautiful by Lana Del Ray with the Sudio Vasa Bla. You’ll thank me later.