The Adventures of Vesper, 2 years ago 2 min read

In 2018’s latest IFA updates, one of the most noteworthy overviews would be the Huawei’s Hi-Silicon Kirin Chipset (Kirin 980). Nonetheless, this offering from Huawei has been a mind-blowing yet exciting update for tech geeks as the Kirin 980 chipset was known to be the ultimate contender against the current chipset available in the market.

It is a known fact that the Kirin 980 chipset are pressed loaded with an armload of outstanding firepower. What’s more, the chipset is the first to sport a 7nm processor powered by an Arm’s Cortex-A76 cores, alongside with four underpowered Cortex-A55 cores. Also, the mobile SoC were built with the tiniest node crammed with 6.9 billion transistors into a 1cm2die.

Additionally, this likewise implies us that the Kirin 980 is the world’s first chipset to ever packed in a Mali-G76 GPU, which presents users with a 46 percent enhancement over its graphics processing power and a notable yet exceptional “178 percent change in its power efficiency department as contrasted to the Kirin 970’s Mali-G72 MP12. In drawing things to a beautiful closing, the Kirin 980 likewise is the world’s first ever chip to utilize a Category 21 LTE modem by which it allows up to a spectacular 1.4Gbps download and a 200Mbps hypothetical transfer speeds.

Finally, Huawei has seen to make a considerable progress over the most recent couple of years, however, the Huawei Kirin 980 is effectively the most noteworthy just yet. Besides, this is the first ever chipset in the world that has been packed with the world’s next level engine, ranging from the CPU to GPU and, a cutting-edge Dual NPU setup infused within this magnificent chipset in which the dedication to AI may possibly bring about as much as 2x performance in some cases as quoted by Huawei in IFA.

With Huawei now getting caught for cheating benchmarks and sorts, would you still consider a Kirin Processor powered smartphone? Well, chances are – we will be seeing it with the upcoming Huawei Mate 20. Excited? 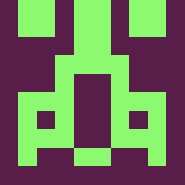 The Adventures of Vesper

Well what can we say, this is The Adventures of Vesper. If you see us as the author, it means this particular article is contributed like multiple writers. Something like The Avengers or Justice League lah. Geddit?

Taking the Camera a Step Further with Huawei P10 Series