unifi, the brand under telecommunications giant, Telekom Malaysia Berhad (TM), has shared its plan for 2019. This was done via its new #khabarbaik movement, which translates to “good news”. As per the name, unifi wants to deliver good news to its customers this year.

The movement was initiated by Moharmustaqeem Mohammed, the Acting Executive Vice President of unifi, and updates were delivered during the announcement as well. According to unifi, the #khabarbaik movement represents its commitment to improving its products and services, and constantly innovate. On top of that, it is an attitude and approach which seeks to spread positivity, and has been implemented in employees of unifi. 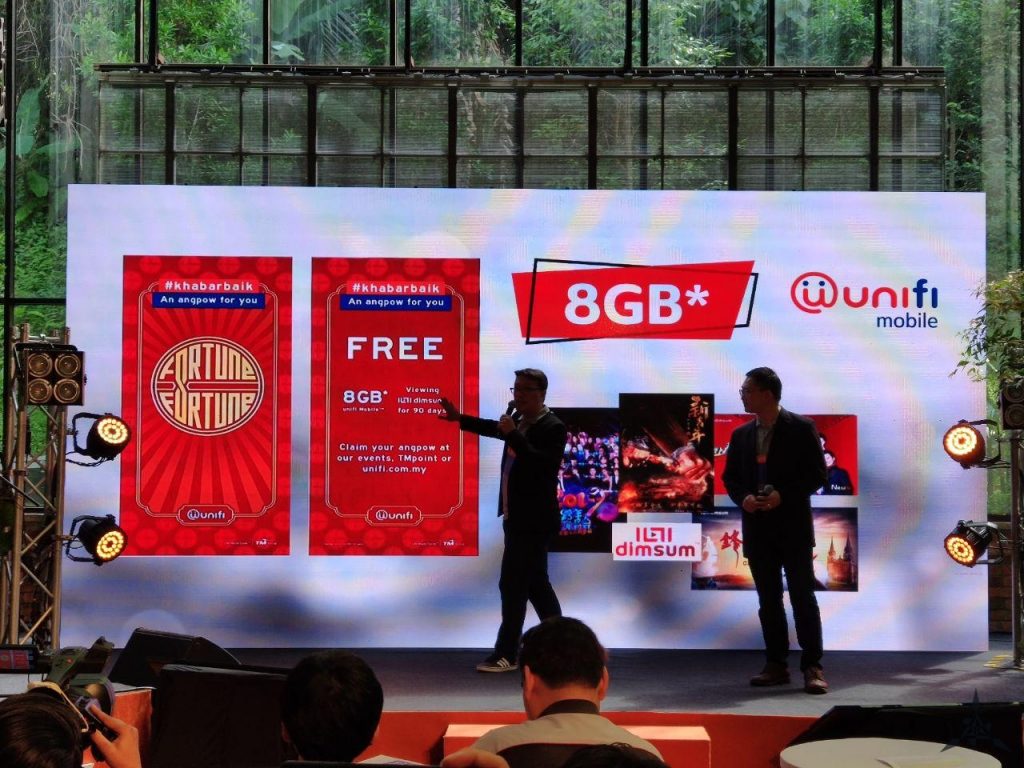 So, what good news does unifi have for the start of the year? Well, the company unveiled its new mobile postpaid plans, which it says is tailored for every Malaysian. There are five plans in total, each at different price points, and different offerings. First up is Mobile 19, which comes with 2GB of data, split to 1GB LTE + 1GB 3G. Next, there is Mobile 29, sporting 2GB LTE + 1GB 3G, followed by Mobile 39. This plan comes with 5GB of data in total, which is split between 4GB LTE + 1GB 3G. For heavier users, there is the Mobile 59 plan with 9GB LTE + 1GB 3G data. The prices of these plans are denoted by the number in their names, and is exclusive of service tax. With the split of available data between LTE and 3G, it is yet to be seen how receptive the public will be to this move.

Mohar also gave an update on the current upgrades of unifi turbo and Streamyx users. As it stands, about 910,000 unifi customers out of the 1 million, have received their upgrade. Through the turbo upgrading exercise, existing unifi customers will see up to a tenfold speed boost. As for Streamyx users, 66 percent of the 340,000 customers residing in areas with unifi coverage have been upgraded to unifi. The company aims to complete its upgrading exercise by March 2019, and you have yet to check your eligibility status for an upgrade, it is recommended to do so as soon as possible. Nonetheless, Mohar acknowledged that some upgraded customers are facing issues with speed, and unifi is working on resolving these.