One of the major upgrades that I personally have been going through is swapping my pre-existing storages with SSDs as it’s a lot faster, efficient and portable – some even comes in extremely small form factors. That said, we reviewed the Transend’s option which was pretty solid and now we are taking a look at another SSD for those who’d want to use it with their PS4 or even for their PC needs, from HyperX and it’s the Savage SSD. 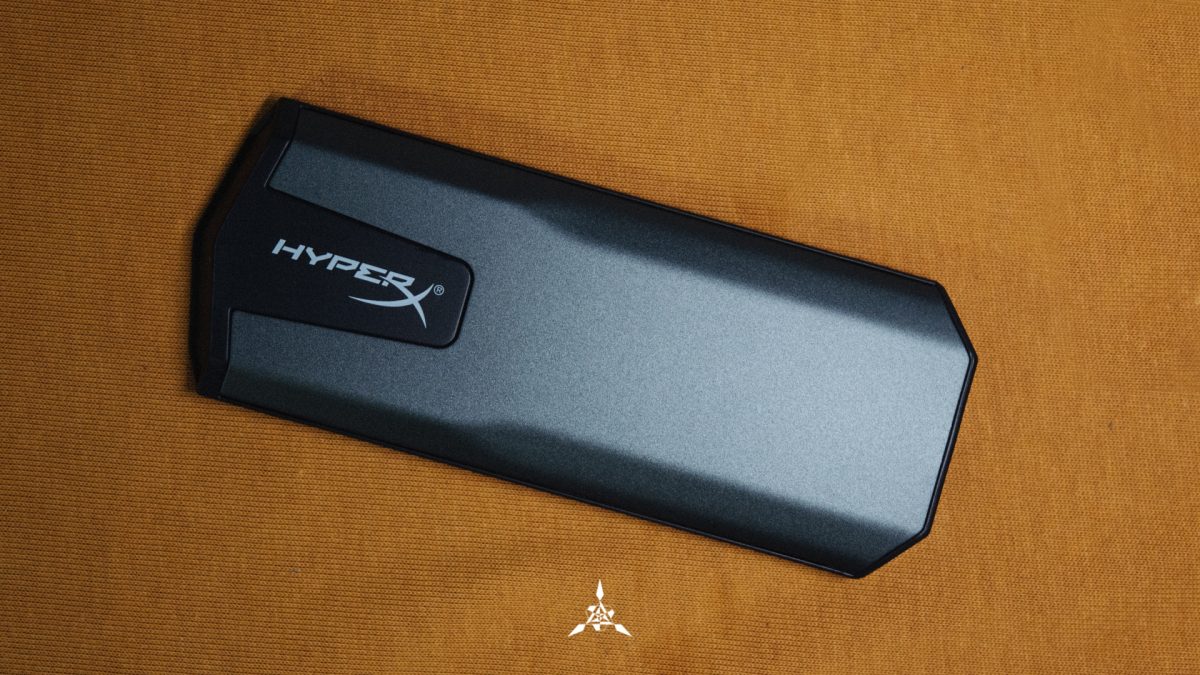 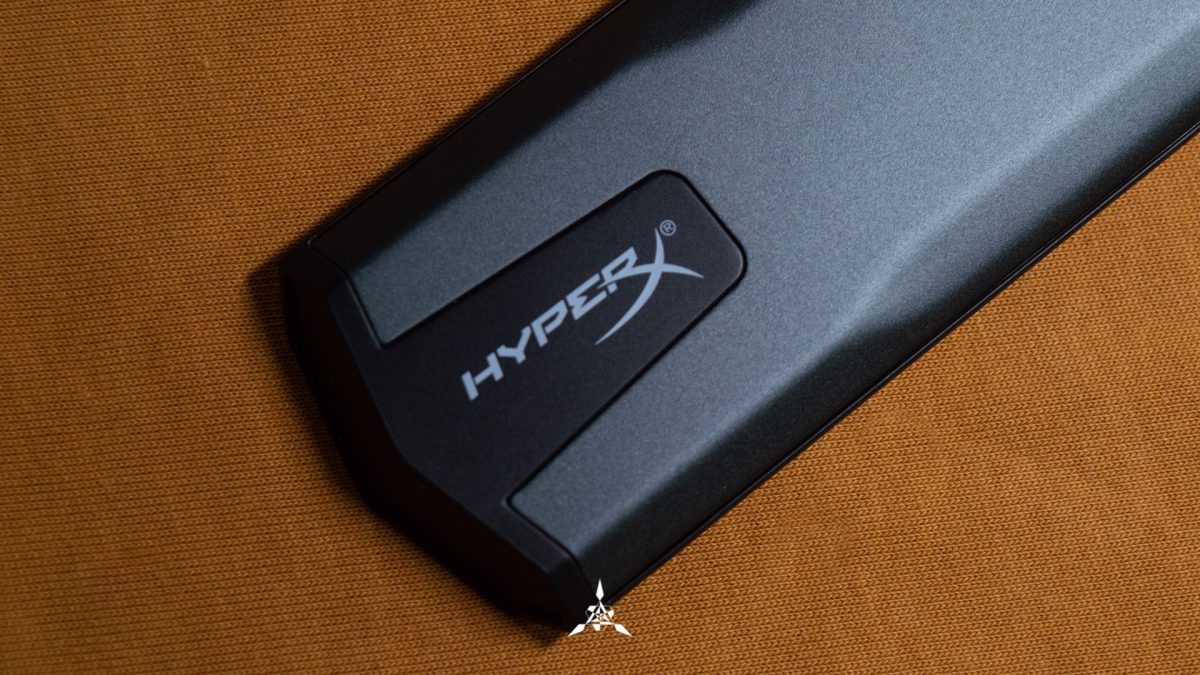 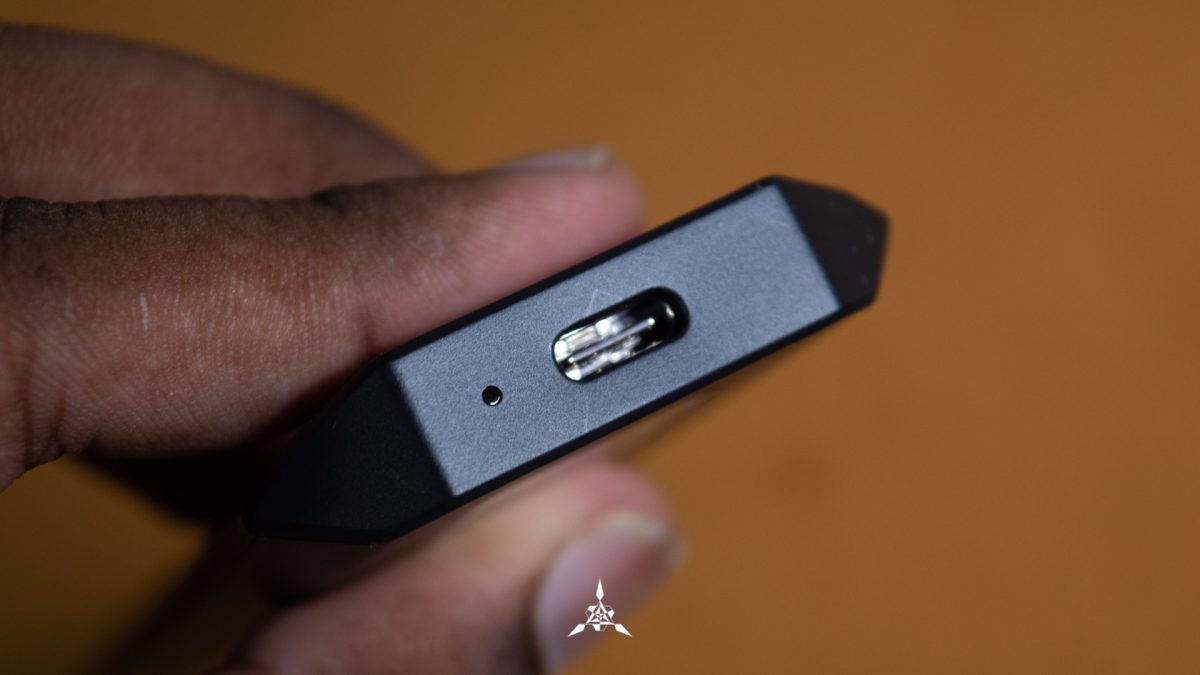 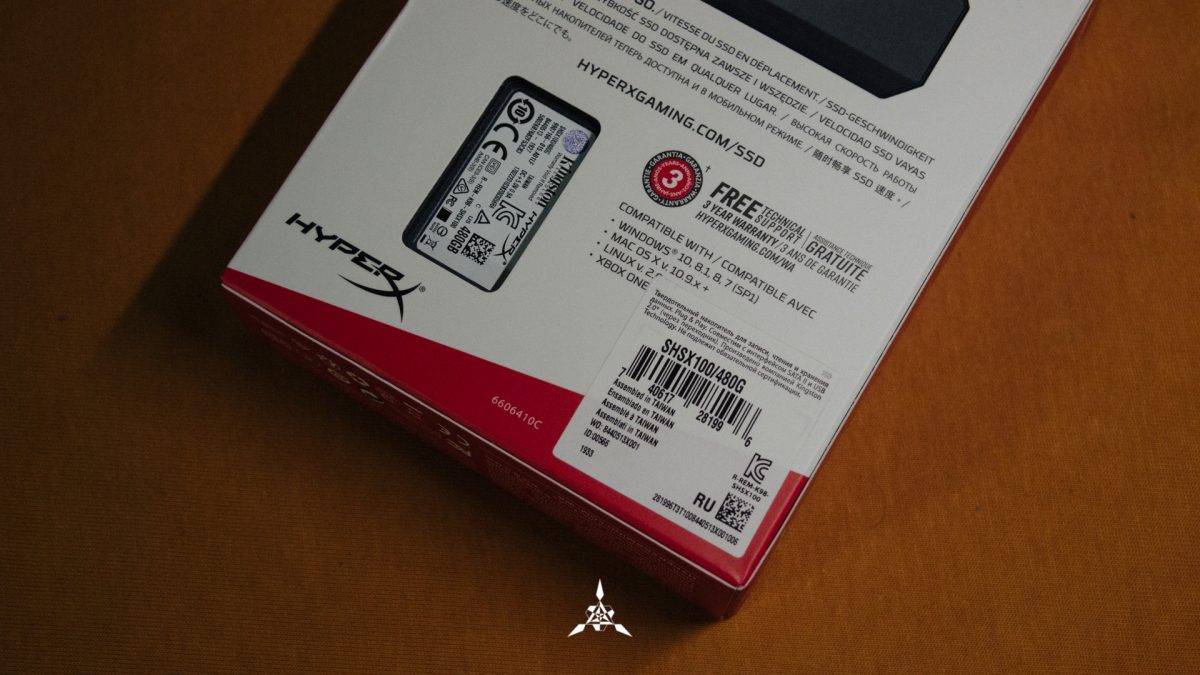 We all know for a fact that HyperX is a brand that makes gaming peripherals and that said, it’s no surprise that their products have a very gamer-esque look to it. The HyperX Savage follows the trend. But rather being so bombastic, I personally am in love with the whole design language because it has a gunmetal grey tone mixed with some black parts over it – giving it an understated look. On the top, there’s the HyperX logo and on the bottom, you’ll find the Kingston sticker, which tells a little bit of the specification. The overall feel of the product is pretty good, and you do get your money’s worth. 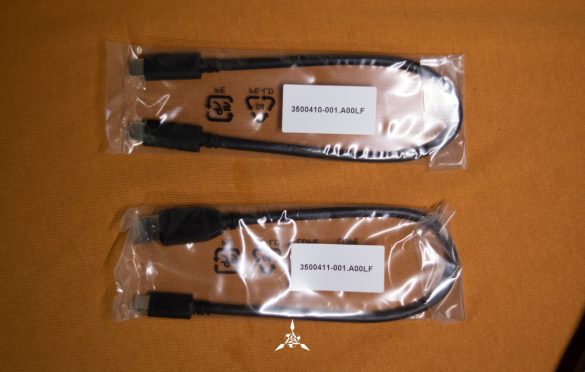 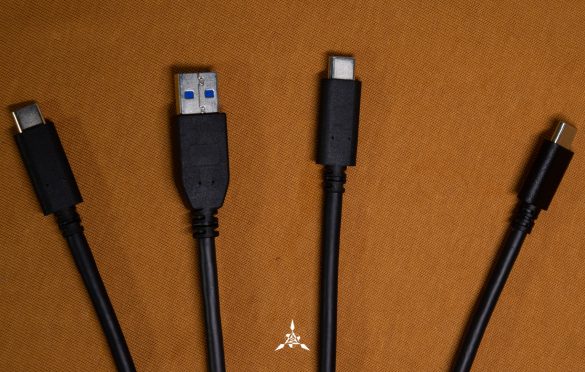 Other than that, the box includes the following – 2 Cables, a USB – A to C and a USB-C to C cable and the user manual.

HyperX sent us the 480GB variant of the Savage Exo and if you want something a little bigger, they have a 960GB variant which I think is definitely something you should consider. The Savage Exo uses a 3D NAND Based storage. HyperX claims that the SSD has the following speeds: 500MB/s for Read and 480MB/s for Write. In order to verify the storage, we used CrystalDiskInfo to see what kind of storage that is. You can check out the screenshot below. 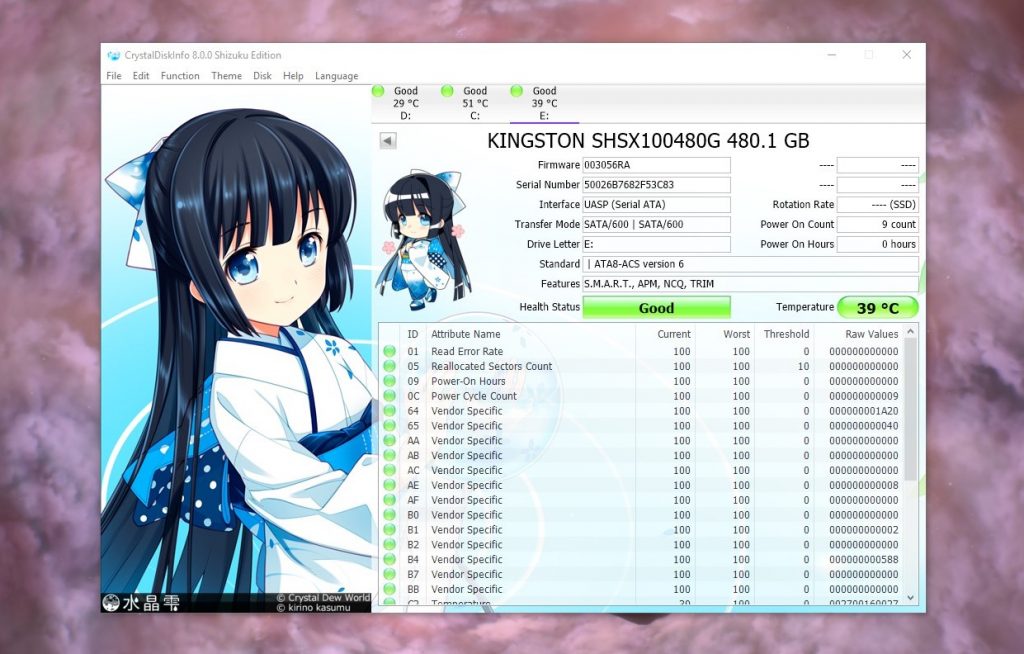 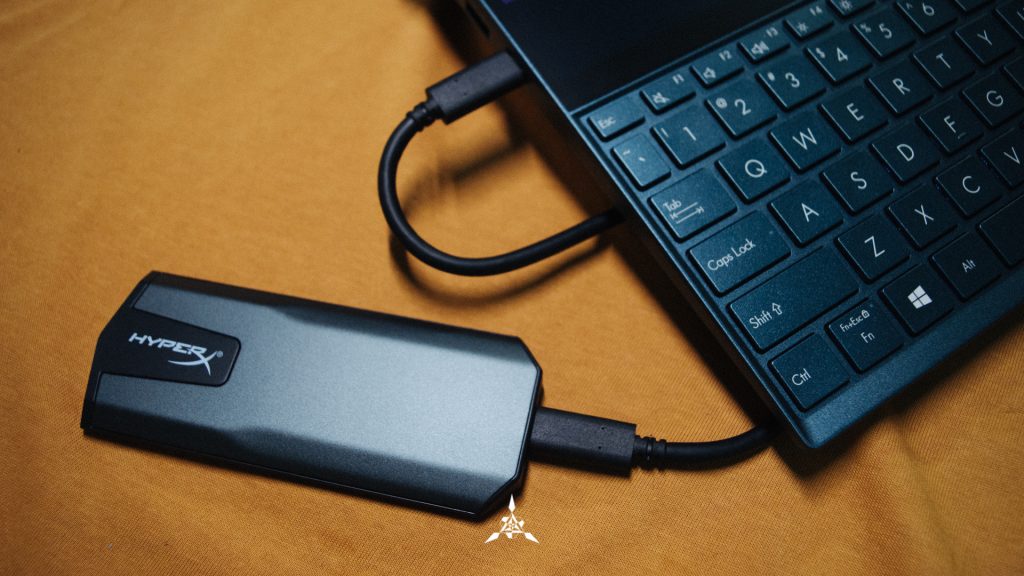 Now for the important aspect of the SSD – we use the following test method in order to benchmark the SSD. For starters, we use CrystalDiskMark followed by ATTO Benchmark. As the SSD has two different way of connecting to a PC, we test the speeds of the SSD with both the cables – Full size USB to USBC and the C-C cable respectively. Finally, we do a real time transfer to see the real time Data Transfer. 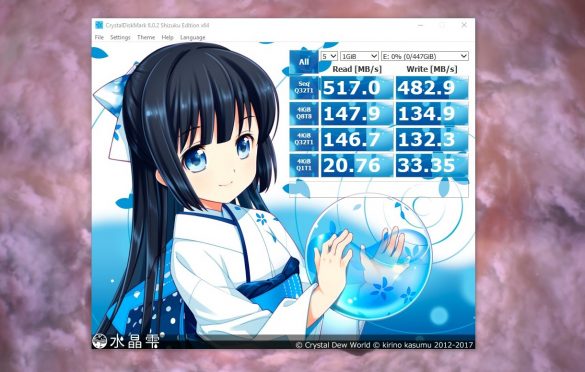 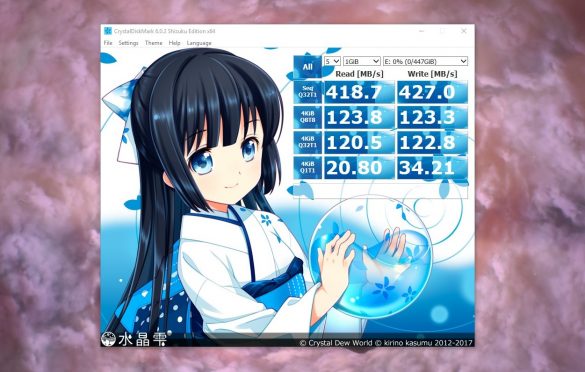 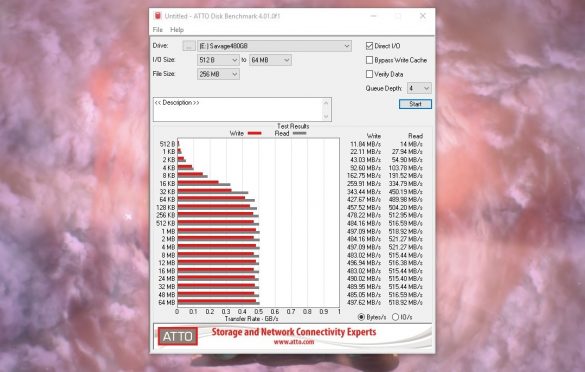 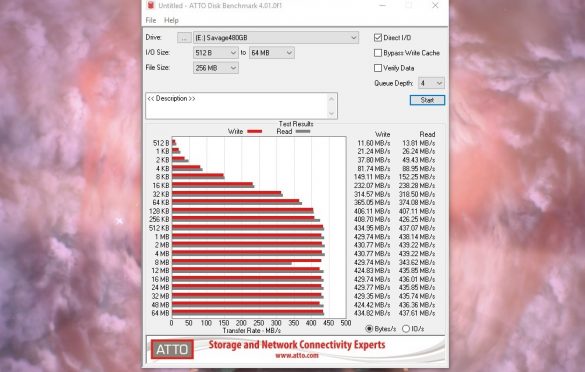 The speeds were close to what HyperX claimed it would be – On a C-to-C connection, we got a read speed of 517MB/s and a Write Speed of 482MB/s. That said, we tried the A-to-C connection to see if there’s any difference. The difference is noticeable, the sequential reads were at 418MB/s and the write was at 427MB/s – which in my opinion is still alright. Finally, we used ATTO Benchmark to test once more on both the connection and the results was in the same ballpark as the CrystalDiskMark benchmark. 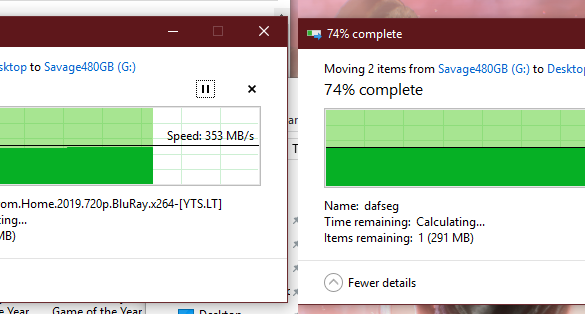 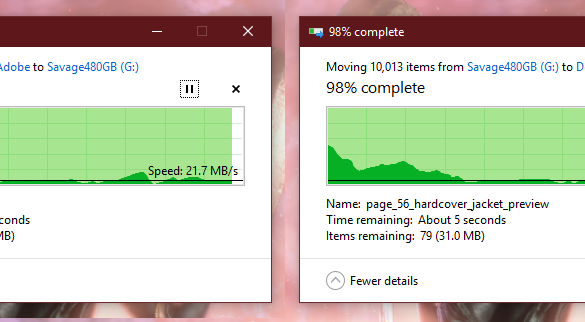 Now onto our real-time test, we moved a folder with files and sorts which is about 2GB back and forth to see how good it is. The whole time it took to move was around a minute and that said, the speed peaked at 120MB/s at start and it dipped down to 20-30MB/s which is not the fastest to begin with. Same goes to moving the data back to the PC’s SSD which also took about a minute with the same result. So, we decided to move a movie which is about 1GB. The speeds were a lot more consistent. From PC to Savage Exo came in at 353MB/s and moving the file back was at 447MB/s.

A good reason why the SSD took a while to take to transfer the 2GB file was due to the fact that there was a lot of subfolder and storages take a while to learn what it is transferring, thus the hit in performance whereas moving the movie was a little too straight forward to begin with. 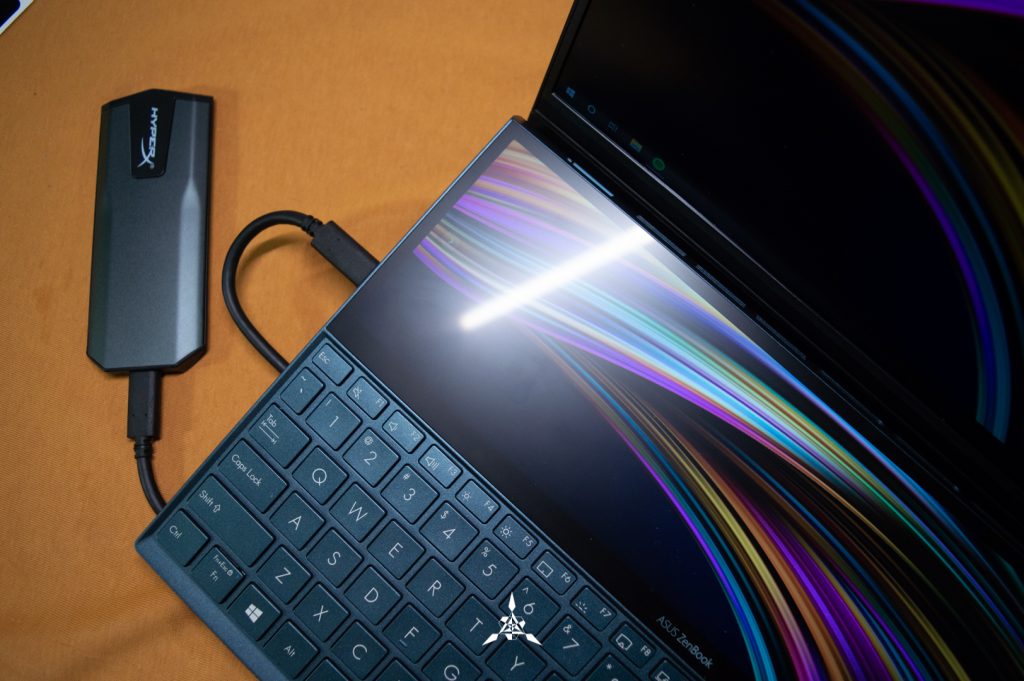 The HyperX Savage Exo is one good looking SSD to begin with and the performance is close to where they advertised it would be. In the sea of other Portable SSDs that’s available, it lacks a little but hey, this is a good start and I always say this, it only gets better from here on. I can’t wait to see if there’s a second generation to the Savage Exo with much faster speeds and retain the same quality as this one.

If you are someone who’s looking for a brand new portable SSD without breaking the bank – get this. We can strongly vouch for it.

Thanks to HyperX for sending the Savage Exo over for us to review and take a closer look at it. That said, purchasing through the links we attached below helps us earn a little commission. Do please do support us as it would mean a lot to us and help us do more content like this one.