15 Months with the Sony A7 Mark III – Review

The Sony A7 III has earned critical acclaim from the photography community since its launch two years ago, mostly applauding it for its inclusion of many new technology unexpected to be seen in an entry-level full frame mirrorless camera accompanied by its blisteringly fast and outstanding performance. I have been using it for a little over 15 months now and here is my honest review of the camera, paired with a Sony FE 85mm F1.8 lens, based on my use case as a hobbyist photographer primarily shooting portraits and street photography.

Two years since its launch, the Sony A7 III still carries an impressive list of specifications including: 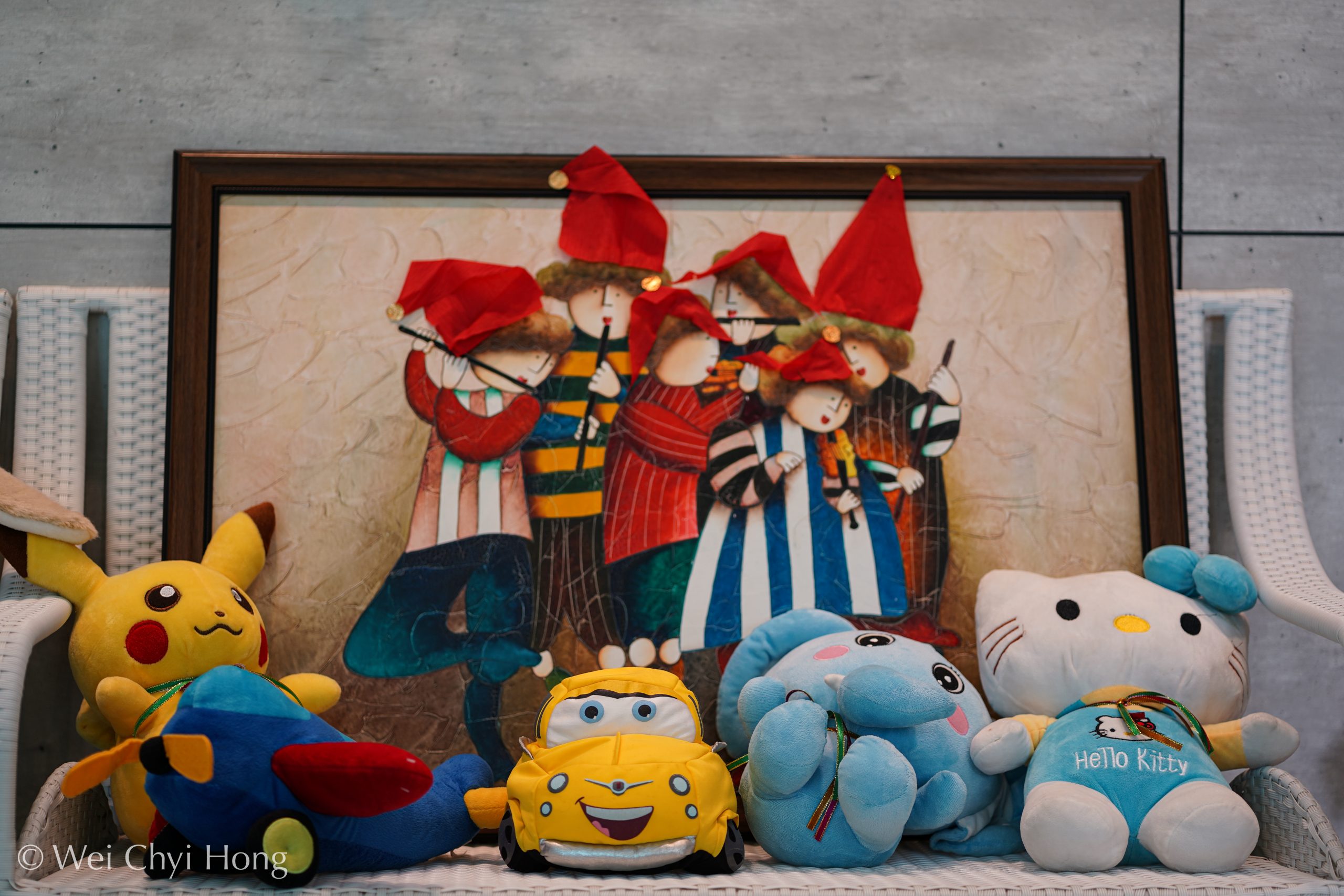 JPGs straight out of the camera delivers great detail and colour

The third-generation of the A7 series was launched with a 24-megapixel full frame sensor not too dissimilar from the one found in the then flagship, Sony A9. Sony claims that the sensor is capable of capturing up to 15-stops of dynamic range at low ISO settings. Now my eyes are not bionic nor are they the best in telling colours apart, but let me assure you that the camera delivers on that claim rather excellently. Not only are the colours of the JPGs straight of the camera pleasing without being too vibrant, the RAW files provide plenty of data for those who like to tinker with their photos in post-processing. 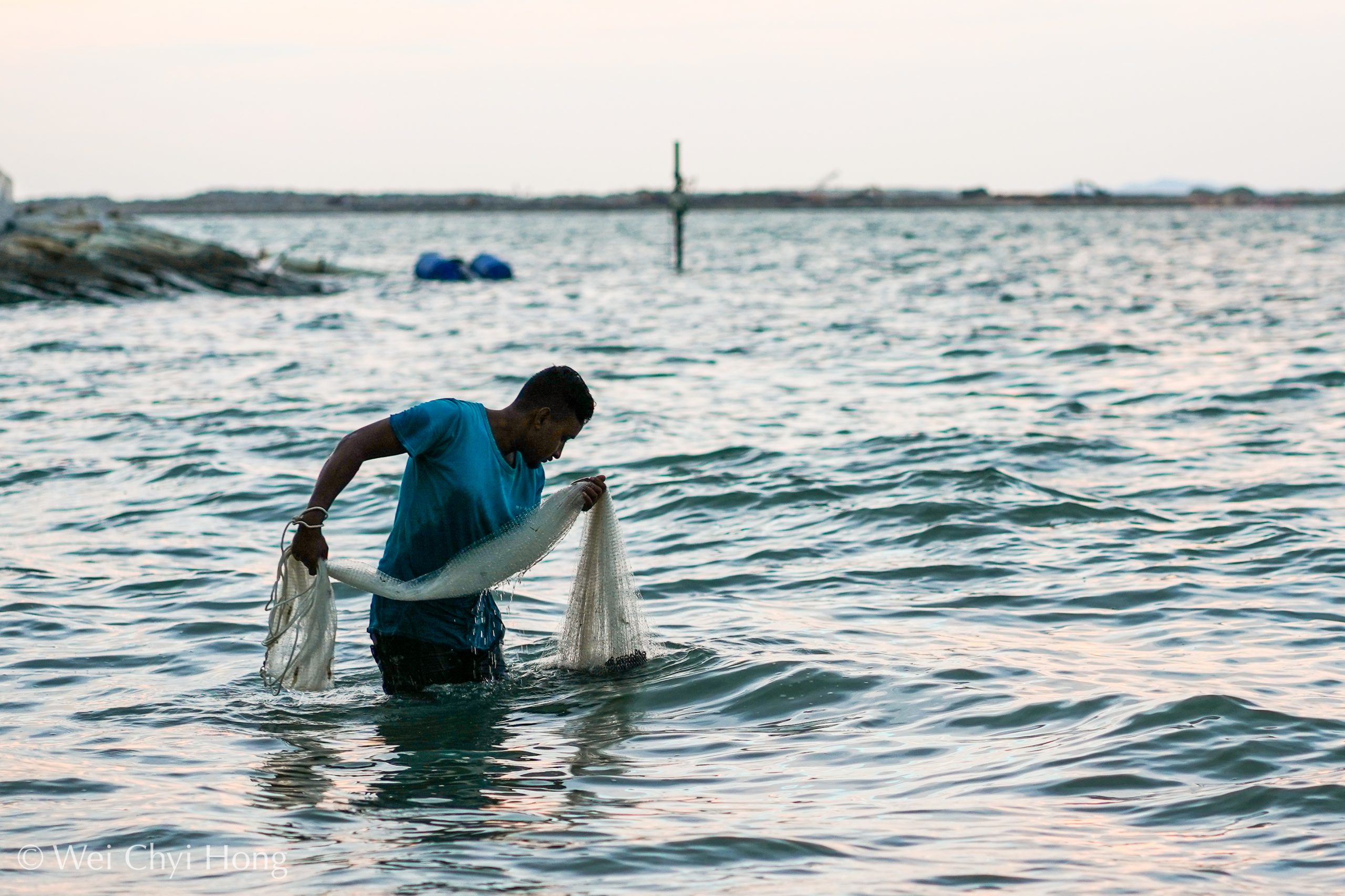 When Sony announced that the A7 III’s sensor is capable of an ISO sensitivity range of 100 – 51200, or an extended range of 50 – 204800, one might think it’s just another marketing gimmick much like that of that upper end ISO 409600 of the A7S cameras or even the ridiculous millions for Nikon. While I have not seen anyone taking photos at the maximum ISO 204800, it does show that Sony is confident in their sensor’s low light performance and through my frequent use of the camera in the last 15 months, it certain delivered rather well. I can easily pull out details in the shadows and improve on the lighting in post-processing with the RAW files.

When I am out for photoshoots, I would often share several photos straight out of camera on my social media accounts, often without any image editing. This brings me to another feature of the Sony A7 III that I find myself using rather often, and that is the built-in Wi-Fi connectivity suite. By bringing my NFC-enabled phone close to the right side of the camera body, I would receive a notification to connect to the camera through the Imaging Edge Mobile app either for file transfer or if I am trying to remote control my camera in the rare occasion when my camera is to be placed at a distance. 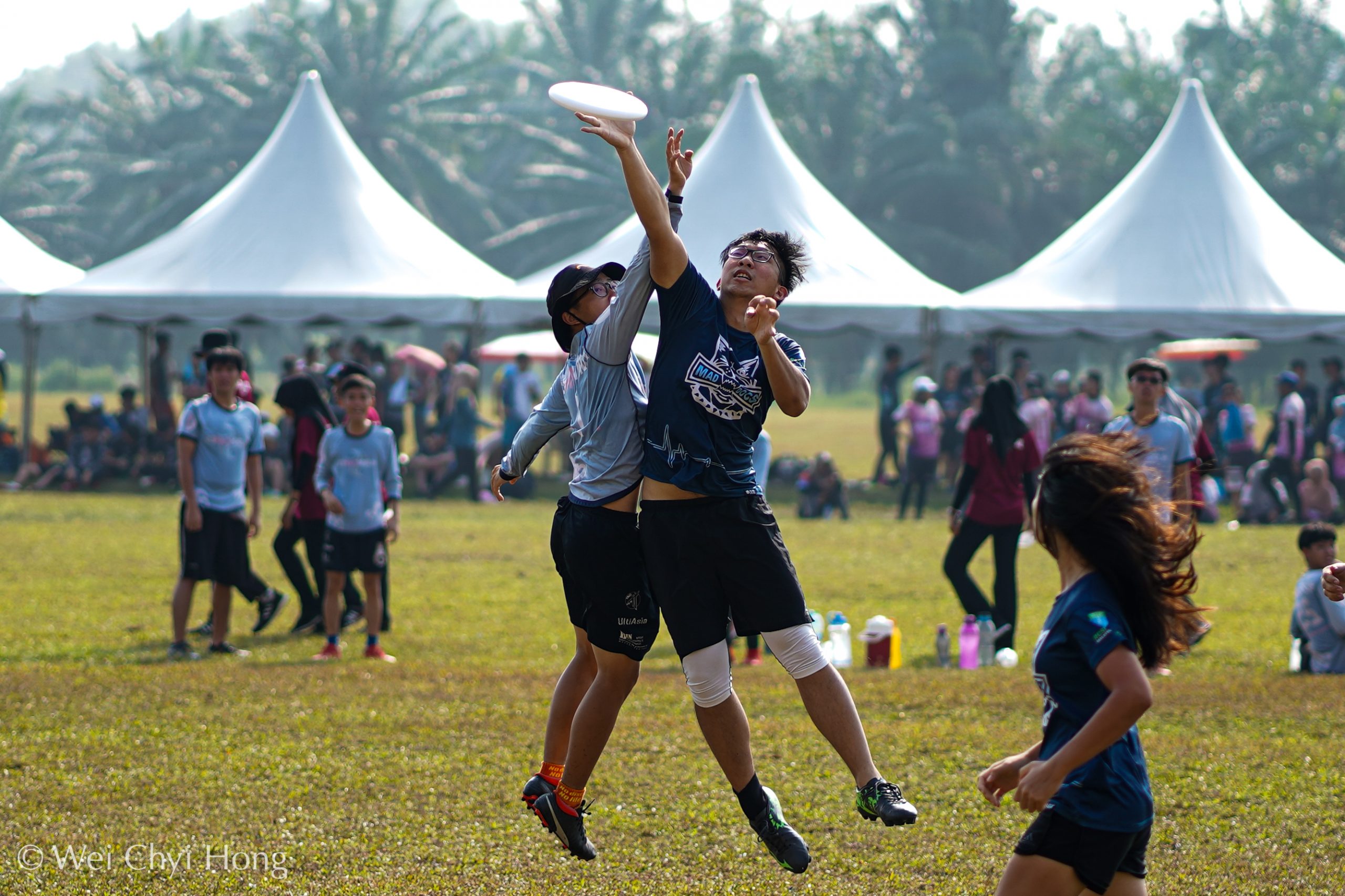 Hybrid AF with 93% frame coverage is fast and furious

The A7 III is also capable of shooting up to 10 frames-per-second, and while that pales in comparison with the sports-oriented Sony A9 which was launched with an admittedly insane 20 frames-per-second, it is still blistering fast even for today’s standards for a full frame mirrorless camera. Pairing that with the 693 phase-detect and 425 contrast-detect autofocus system, again taken straight from the Sony A9 with some tweaking, means that it is as capable at delivering in rapid-fire situations as well as it is capable in locking on and tracking subjects. 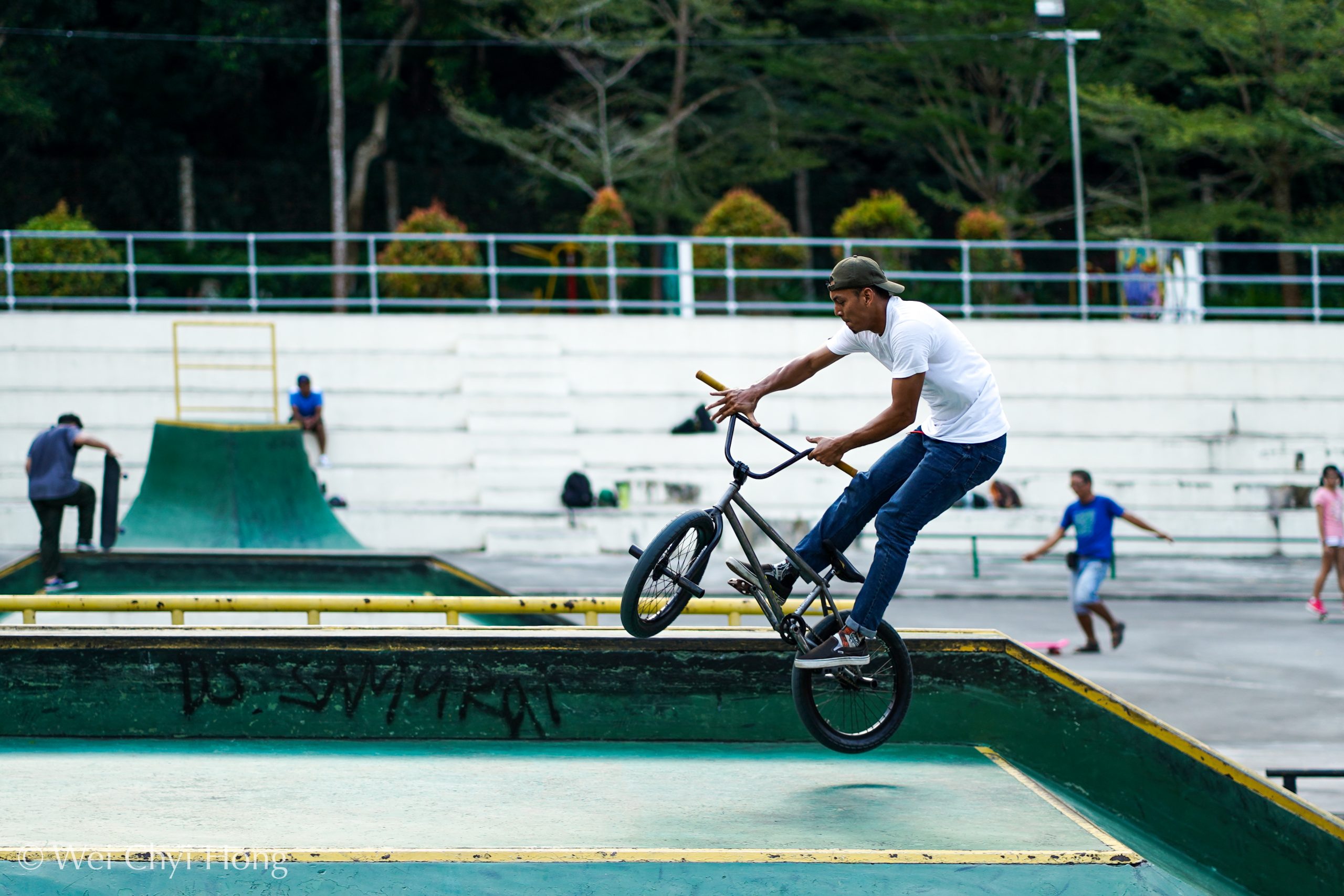 I do not shoot sports, but I tried it out nonetheless at a local skating park as well as a national frisbee competition, and the camera had no problem keeping up with the fast-paced action of both activities. The subjects are tracked accurately across the frame and locked on tight, delivering mostly tack sharp images. The camera does occasionally lose tracking when something obstructs the immediate view of the subject, especially when a higher tracking sensitivity is chosen, but this has not bothered me much since the chance of it occurring is rather rare. 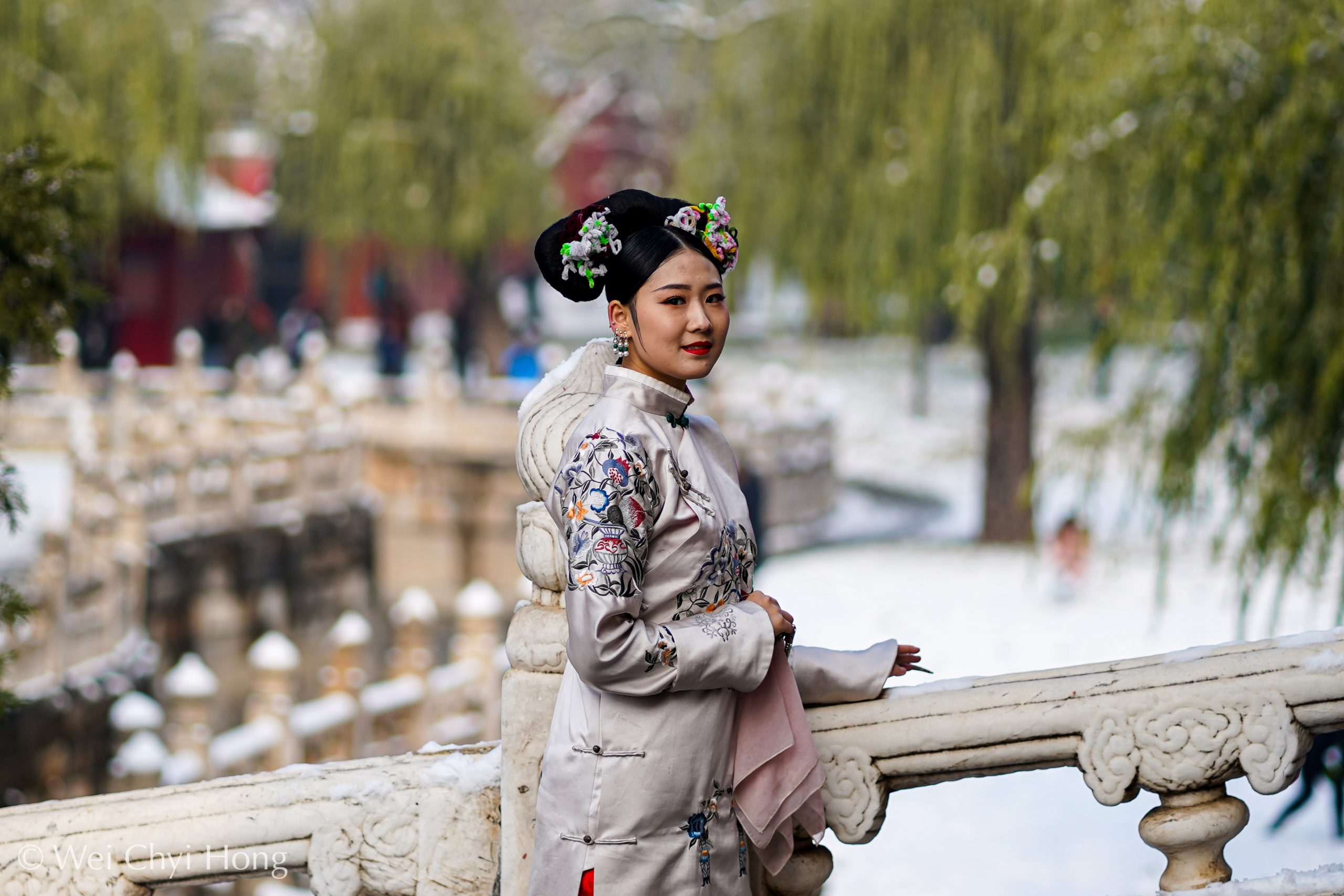 Eye AF is an absolute game-changer

The introduction of Eye AF was a godsend, since I mainly shoot portrait and street photos. The camera would look for and detect the eyes of my subject automatically, and would show a grey box around the detected eye. I programmed the custom button on my 85mm lens to activate Eye-AF whenever I press and hold it, and the camera lock on to the eye almost instantly and, since I mostly keep my camera in continuous autofocus, tracks the eye without any hassle and rarely loses focus even with movement from the camera or the subject. Combined with the 5-axis IBIS means that I can take sharp photos of people even if it’s a snap-pose situation or a fast-moving subject is about to move into my desired composition.

Sony A7 III was released after the A9, and have received the Z-series batteries that provide a much better battery performance compared to previous generations cameras. It was a much anticipated and welcome change, now that multiple batteries are not required for short to medium long photoshoots. The battery easily lasted me a full day of shooting, with no less than 1000 photos taken between charges, without much attention needed for frugal battery usage. Even in cold climates when battery performance is bound to suffer, I was still able to take a few hundred photos before the battery dropped below 50%. The only time when battery life took a hit was when I was shooting multiple burst shots for a field test, dipping under 30% within just 3 hours of shooting, but heck if that is not impressive for a mirrorless camera. Helpfully, the camera is can be charged through either of the USB ports and used at the same time.

Why I went with the Sony A7 Mark III

I did an extensive research into the Sony A7 series of cameras before deciding on the A7 III, and here are the reasons why I chose this above the others available. The first generation of the A7 cameras were my first choice for their smaller camera bodies and low (for a full frame mirrorless camera) price, but I ended up not picking them for ergonomic reasons. The shutter button was placed way too high on the top plate, requiring an awkward finger placement to press it. The grip was also too shallow for a comfortable and secure hold of the camera. I also tried it with a Sony FE 24 – 240mm lens and found the balance to be too front-heavy for comfortable use. 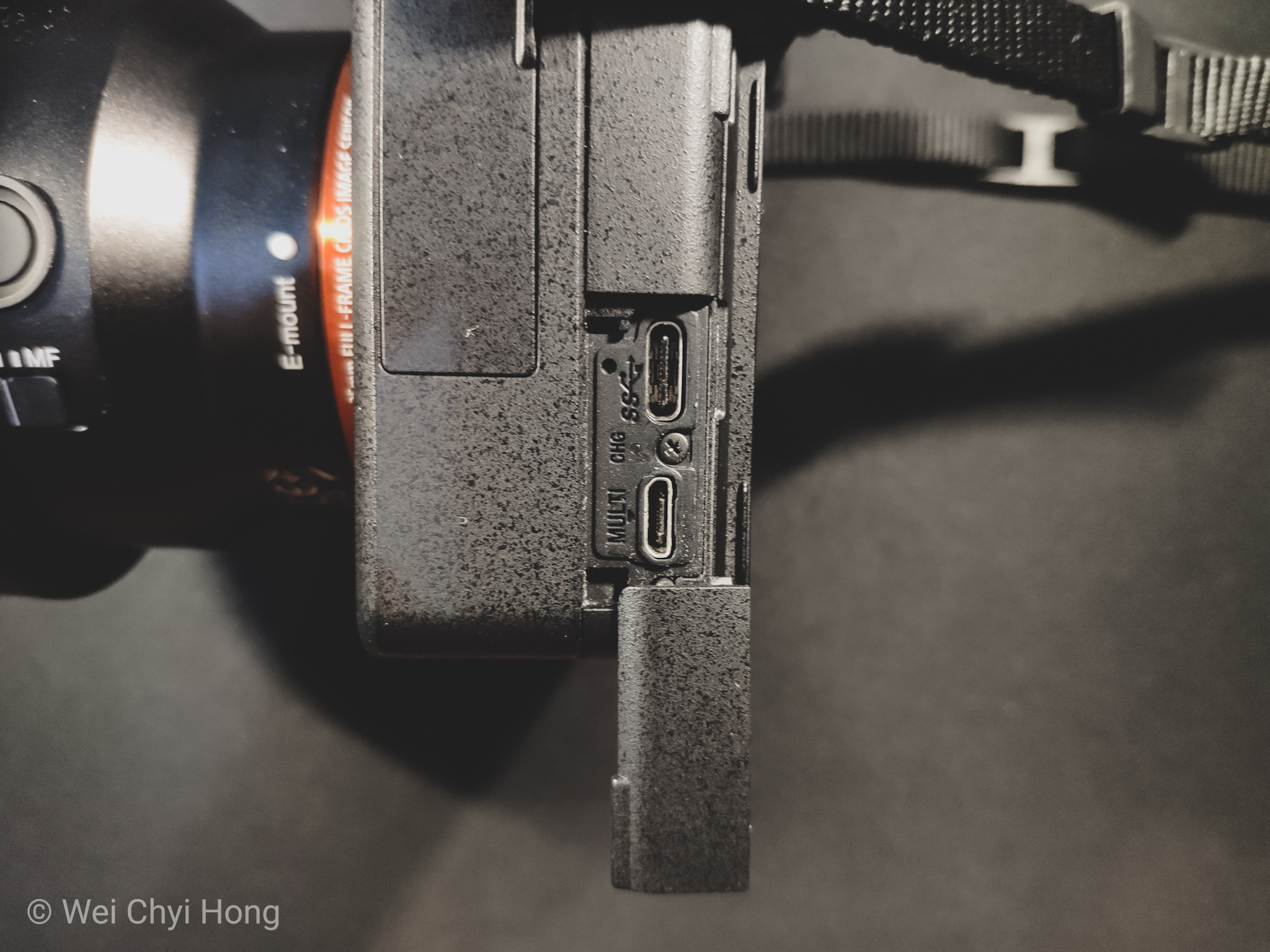 The second generation A7 cameras retained the much disliked batteries that delivered appalling battery performance, and while the A7R II was in a similar price range as the A7 III when I purchased it, the advantages of a much better autofocus system, faster burst rate and most importantly much improved battery life made it a no-brainer option over the sole advantage of a higher resolution 42.4-megapixel sensor in an A7R II. The dual SD card slots and USB Type-C port for both charging and tethering in the A7 III are just icing on an already delicious cake.

While the camera has delivered rather well in my usage, it certainly is not without its share of flaws. First of all, the buttons on the camera can be quite hard to feel and press with gloves on since they are almost flush with the camera body. This has caused me problems when I was travelling In winter climate when sub-zero temperatures absolutely necessitate gloves. The joystick control was even worse since it is hard to distinguish between moving in either direction and pressing it in. I often have to put the camera down and look at where the buttons are before I can make any adjustments to the camera settings, causing me to miss more shots that I would like to.

Another problem I have found is that the flaps covering the ports are rather flimsy, especially since no external battery charger was bundled with the camera thus one is limited to in-body charging, thus you would be using it rather often unless you invest in a quality external charger. The flap covering the USB ports (yes you have read it right, there are two USB ports, one Micro USB and one USB Type-C) is especially annoying as it obstructs the Micro USB port. This, however, is a trade-off I willingly accepted when I decided against the second generation A7 cameras as the SD card slots and battery door are actually well made. 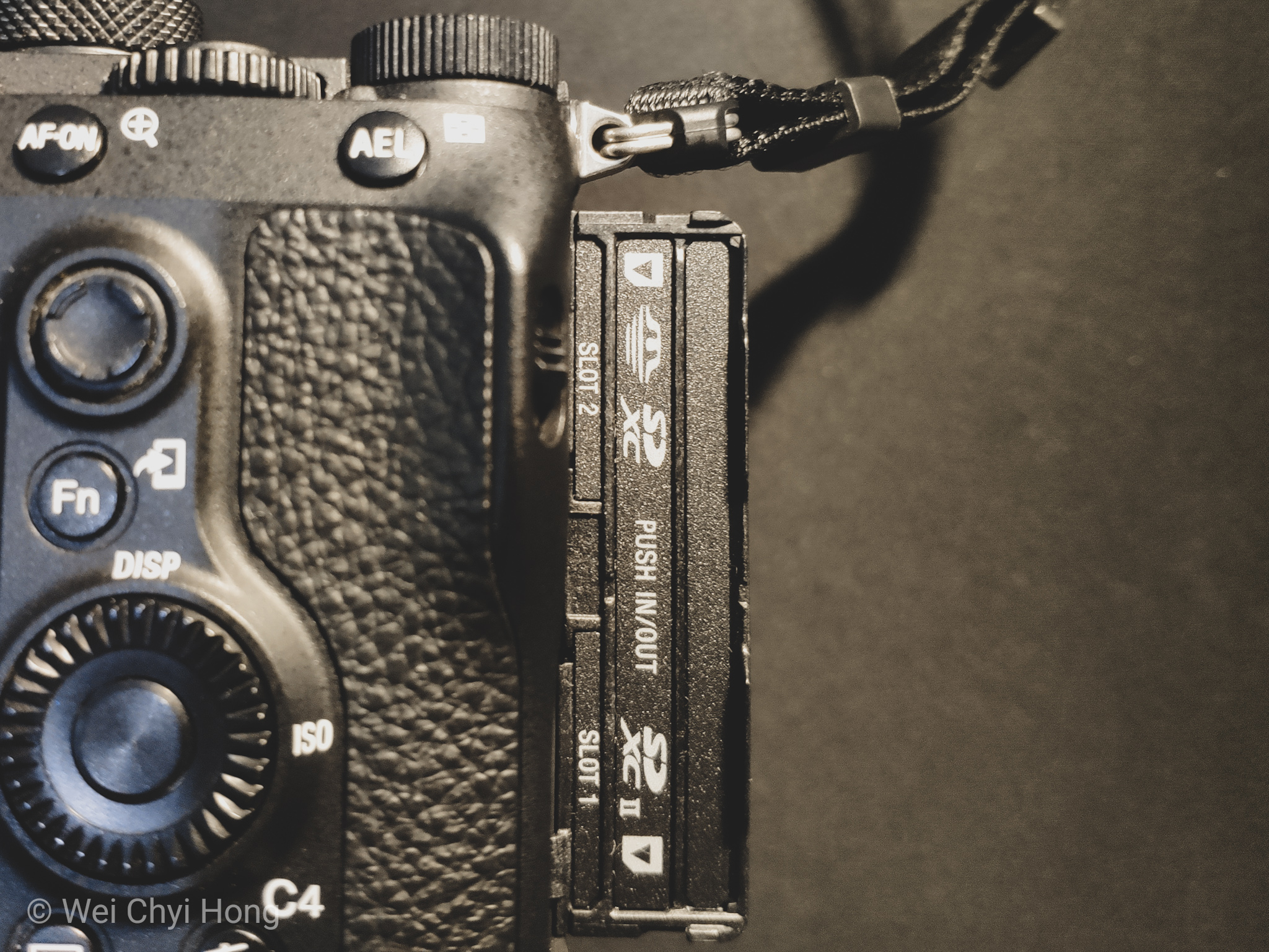 Minor annoyance but an easy improvement for the next generation

One final minor gripe that I wish Sony had made the effort of solving before releasing the product is the combination of a UHS-I slot with a UHS-II slot. Sony has already made the effort of giving one UHS-II to match the performance of the AF system of the A9 married with a fast 10 frames-per-second burst speed and a buffer of 177 JPGs/89 compressed RAWs/40 uncompressed RAWs, swapping the second SD card slot for a UHS-II slot would only serve to improve the performance further and make it a more appealing product. I do understand if they are reserving it for the A7 IV, rumoured to be released towards the end of 2020, to make it look like another significant update but come on!

Sony’s A7 III had been in the market for 2 years now and, while no longer carrying the latest camera technology, has proven itself to be a great starting camera if you are looking to buy into a new system or you are interested in an excellent full frame mirrorless camera. Sony has certainly set a very high bar for an entry-level full frame mirrorless camera with the A7 III. This makes it an easy recommendation from me especially with the discounts we are seeing these days for the camera body only. Paired with a decent lens, and you would have a camera system that will put a smile on your face whenever you are out shooting.

All the photos shown in this article are edited unless stated otherwise.