Honestly, coming from a brand that has pioneered in smartphones with the best collaboration possible, they ventured into the laptop ecosystem with their Matebook X Pro, which is their top-tier laptop that falls more into the Ultrabook category. The last time we took a closer look at it was in 2018 and we fell in love with it. Today, Huawei once again graced us with their Matebook X Pro but with some improvements to go along with to make the experience possible – what are those and does it live up to its predecessors? – here’s our final verdict on the Huawei Matebook X Pro (2020). 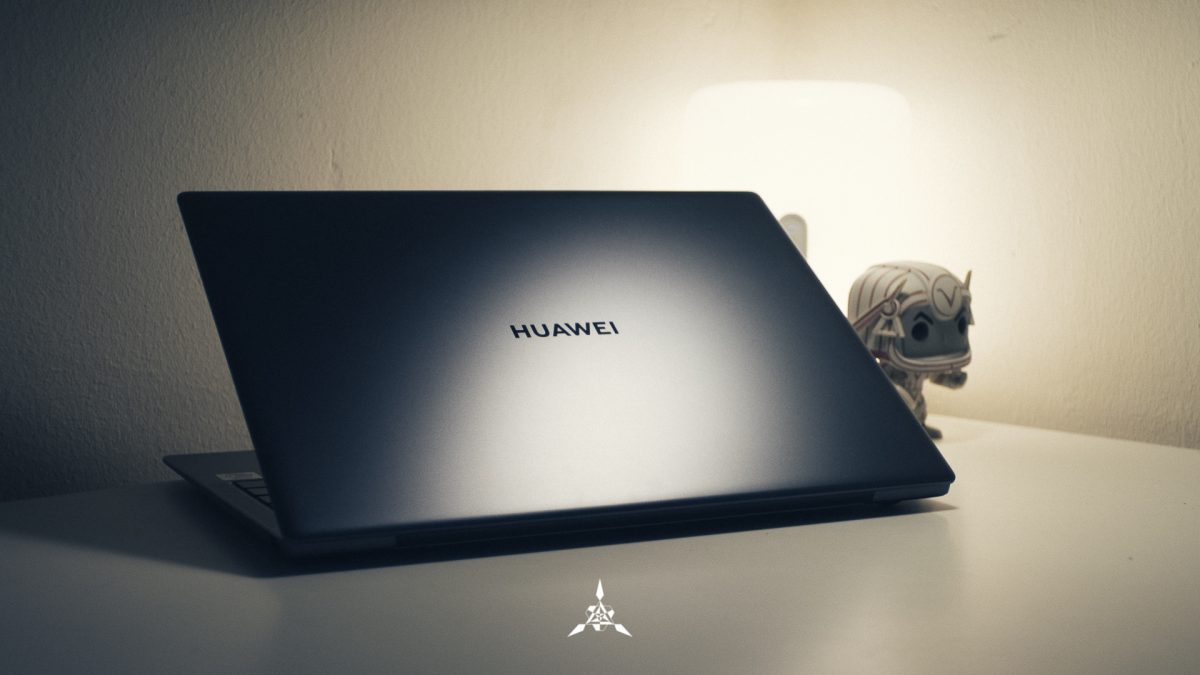 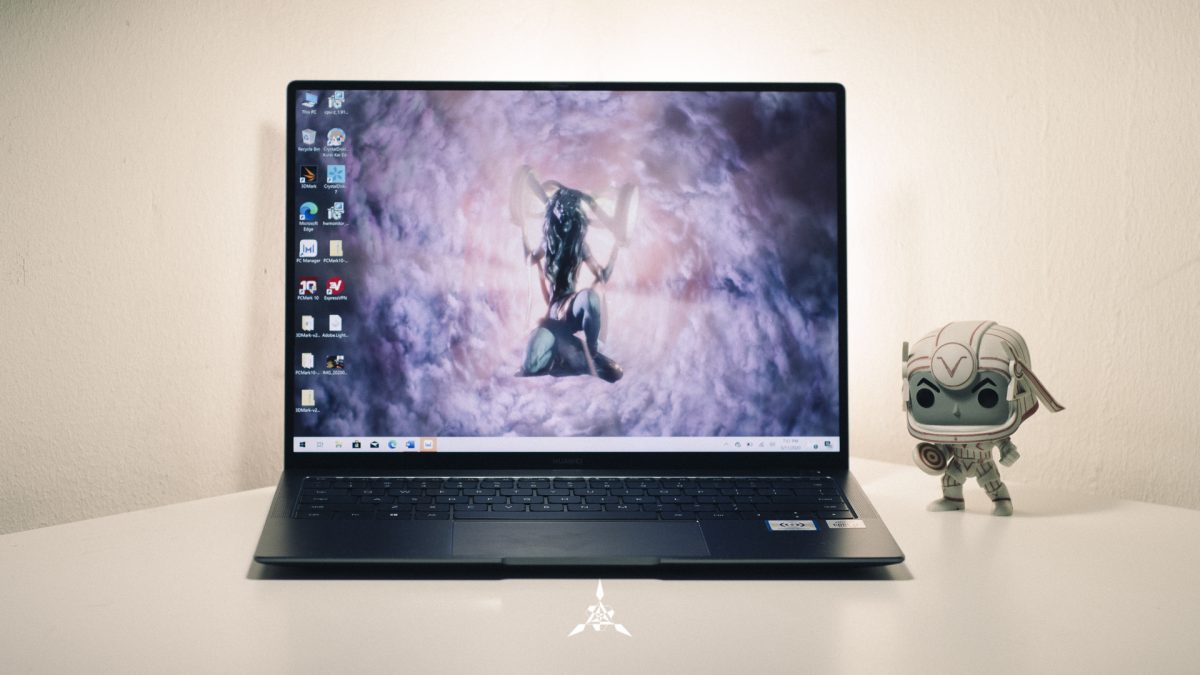 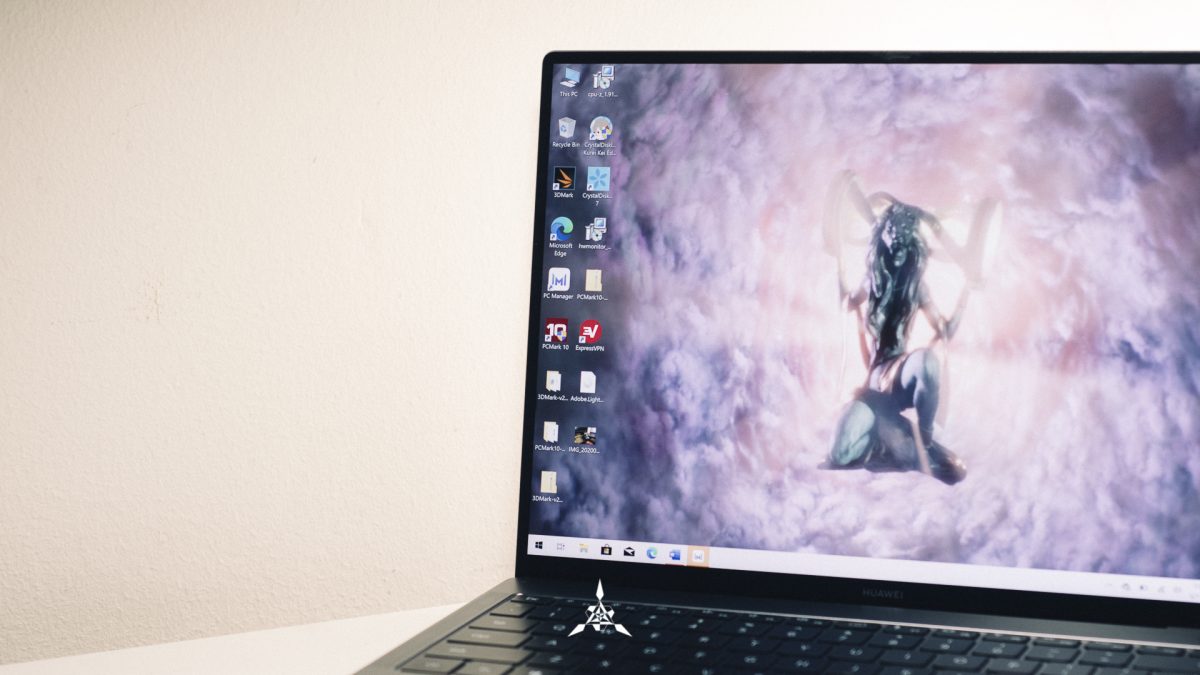 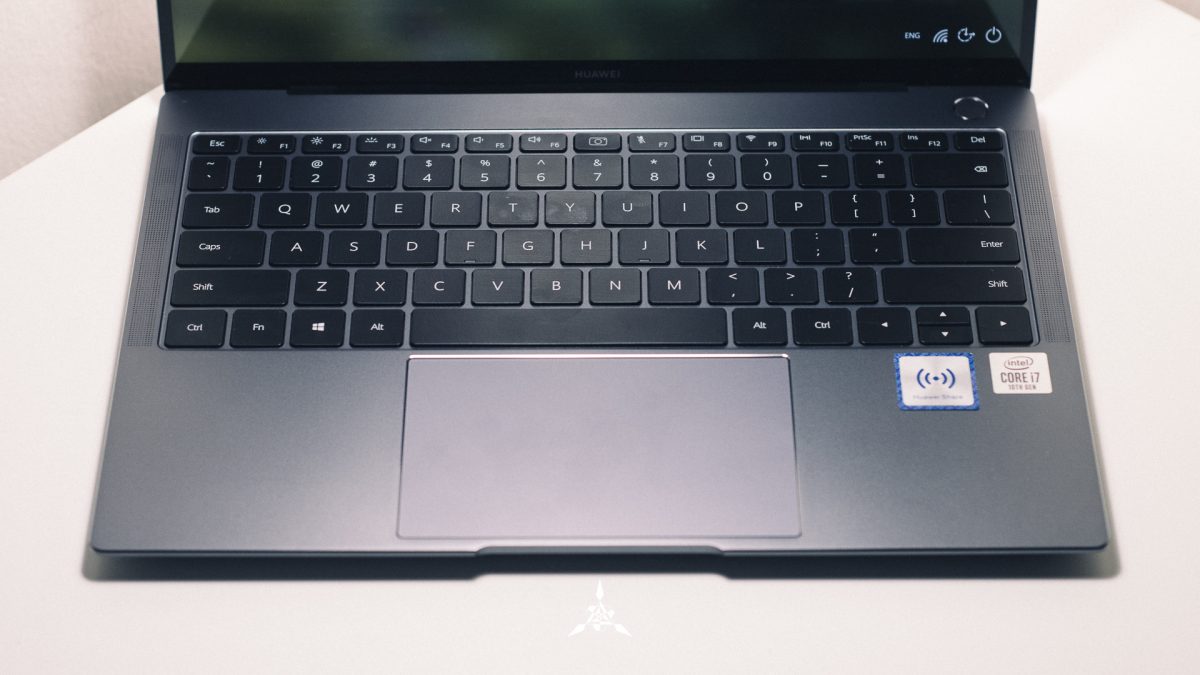 The Huawei Matebook X Pro does have a very familiar design cue and it has not changed a lot from the past – in fact, they have added another color to the lineup, Emerald Green which comes in this Green finish with Gold accents on the logo. We received the Space Grey color which looks understated with nice color throughout the whole laptop. From afar, it does have a little MacBook-like resemblance, but the Huawei logo would make anyone go like “Whoa, didn’t know HUAWEI makes these good-looking laptops.” Speaking of that HUAWEI logo, it’s now just a text instead of the company’s logo on it. That out of the way, the laptop looks, screams premium – with the chamfered sides around the body and the under toned color would make any minimalist person wanting a laptop like this more.

As thin as it looks, it’s no light laptop. The laptop weights at 1.33kg, accurately. It’s constructed in metal and when you do hold the laptop in hands, it feels like a nice block of metal – everything well put together with good build. The hinge on the Matebook X Pro is solid, you can open it without worrying about opening it with one finger. I know that the weight doesn’t bother me too much but from a consumer’s standpoint, it will make anyone go like – for a thin and light, it sure has some weight to it. The feel of the laptop has not change at all with the predecessor and that’s alright because the Matebook X Pro feels just the way it should, like a refresh. 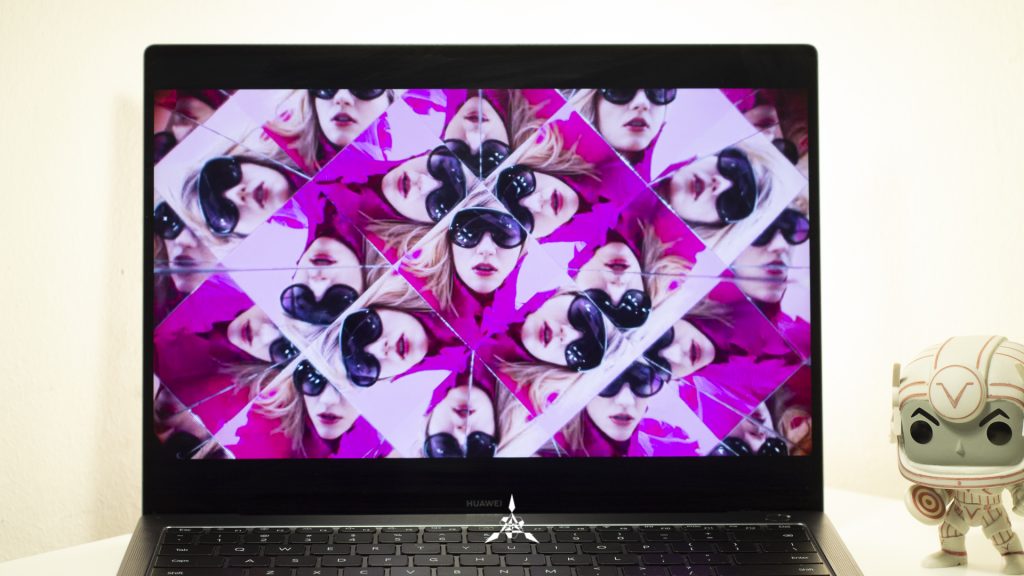 The laptop houses a 13.9” 3K Panel with Ultra FullView Display – where it offers a screen-to-body ratio of 91%. The bezels are very thin to a point that the display definitely covers most of it and speaking of display, unlike other manufacturers who go for the traditional 16:9 aspect ratio or a 4:3 ratio, HUAWEI went for a 3:2 ratio – which is quite an unorthodox approach but a very smart one. With more and more laptop going for this ultra-thin bezel, the footprint of the display is getting weirdly smaller, but the Matebook X Pro makes up for it with it’s 3:2 ratio. Working in this display is pleasing – with more room for things and the overall experience is just nice. The colors on the display has the potential to hit about 100% of the sRGB Color space and has a 450 nit of brightness.

Not to forget the fact that the display is also touch screen enabled, with support for 10-point touch support. This comes in very handy especially when you use the Huawei Share to pair your Huawei/Honor device to transfer data or use the phone alongside on the desktop. Watching content on Netflix is nice with the nice colors and good viewing angles. Just that the display by default sides more towards a warmer tone which you can change it to your preference in the settings.

If you are wondering where the webcam is, it’s at the same place as the predecessor – hidden in the keyboard.

The Matebook X Pro has always been a beefy laptop and this time it got a specs bump over its predecessors – basically the main highlight of the laptop.

For a thin laptop, the specification is solid. In order to test the laptop further, we ran the following benchmark: PCMARK 10, 3DMARK (Courtesy to UL Benchmarks), Geekbench 5 and CrystalDiskMark.

Pretty much in all the computing benchmarks – PC Mark 10, 3D Mark and Geekbench 5, the result was as expected and where it should be. The score of the laptop was decent enough to show that this laptop is great for productivity centric task and say if you are all about productivity, its going to be just fine. 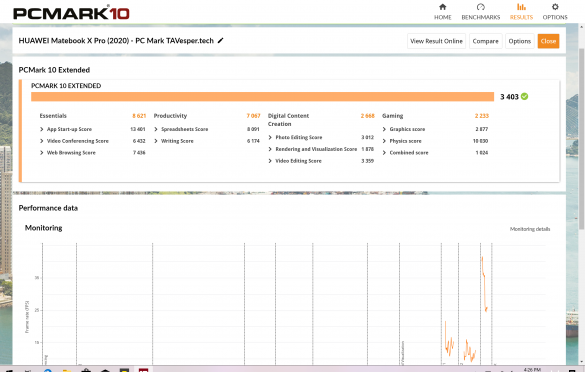 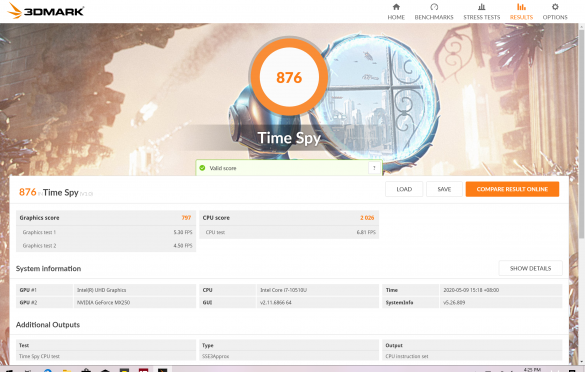 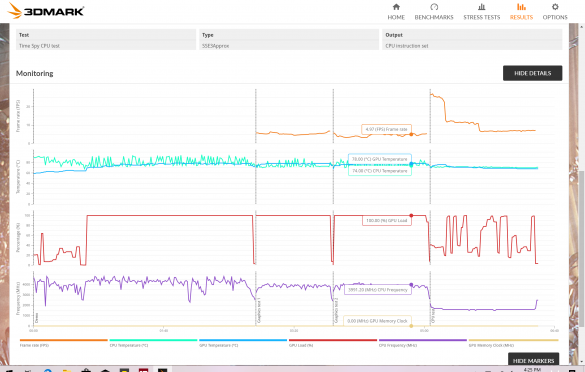 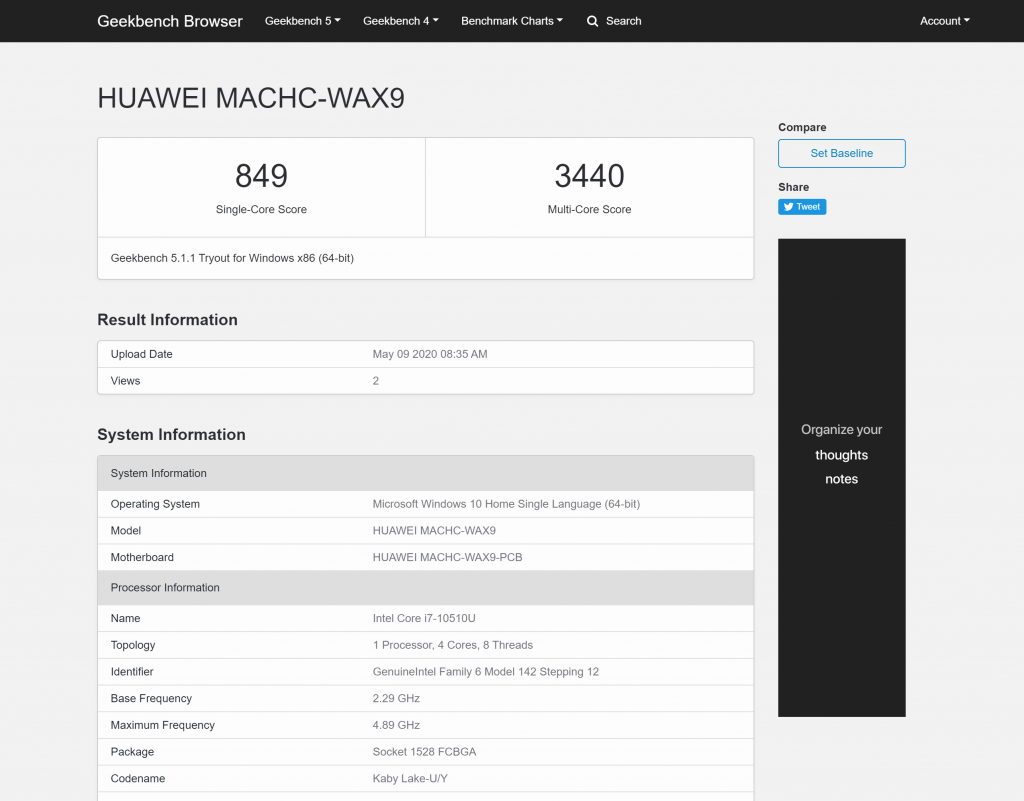 The laptop does come with a GeForce MX250 with 2GB GDDR5 VRAM, which does give a little room for gaming right? Well, you can but just don’t expect it to run any of the AAA titles and your safest bet would be games that came out a while back. Even we did try running Premiere Pro on this, which was tough. At most, what you can do with this laptop in terms of content creation, is be able to load Lightroom for light editing capabilities. The thermals on this laptop is going to be toasty – with the CPU temperature falling in a range of 76-87 degrees and GPU around 74-80 degrees respectively. Good thing is, you won’t feel the laptop below the keyboard or at the palm rests but it’s warmer on the top area closer to the hinge. 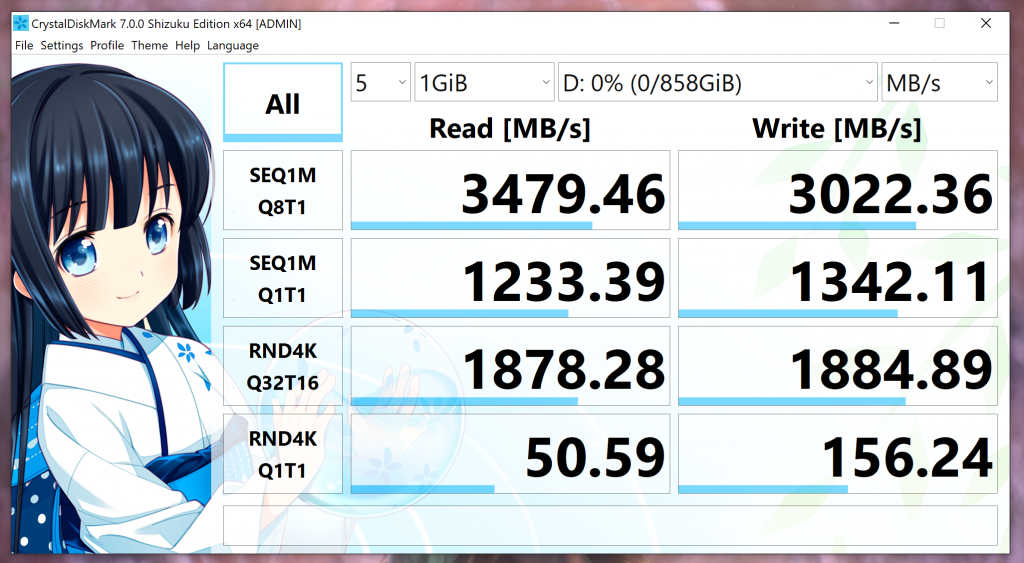 We ran CrystalDiskMark 7 on the SSD and the speeds confirm that it’s a PCIe NVMe Gen 3×4 M.2 SSD. The sequential speeds were recorded as follows: with a read speed of 3479MB/s and a write speed of 3022MB/s. But what we don’t understand is why Huawei went and partitioned the SSD which personally, isn’t recommended given the fact that it’s an SSD.

Finally, the I/O in the laptop is decent, in fact – Huawei is nice enough to include a dock to go along with it. The laptop comes with a 3.5mm headphone/microphone combo jack, 2 x USB-C port and 1 x USB-A port. 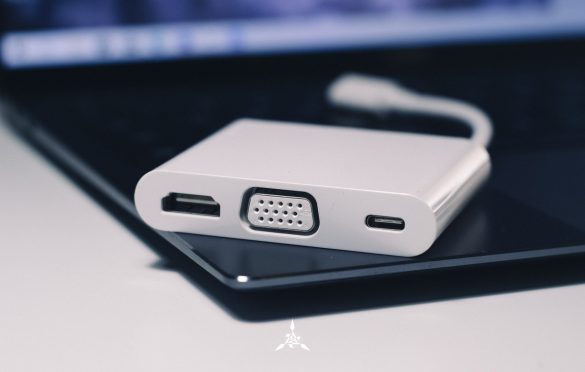 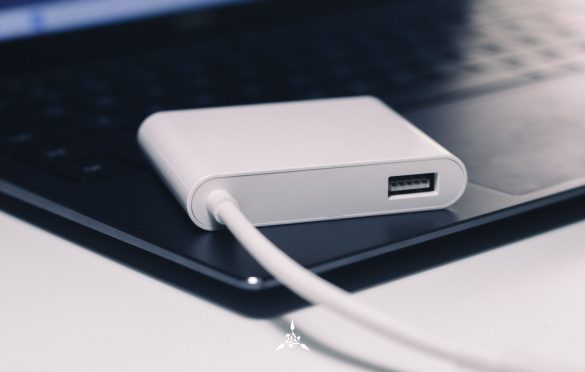 The dongle which they call it the MateDock 2, includes 1 x USB-A, 1 x USB-C, 1 x VGA and 1 x HDMI – I am really glad they included this dock to make consumers life easier.

Under the hood, the laptop houses a 56Wh battery to go along with your day to day usage. That said, the battery life that you are going to get out of this laptop is going to be just alright for tasks centered more towards productivity. During our time using it for a mixture of productivity like word processing and watch a little show on Netflix, the laptop lasted about 8 hours tops with 50% brightness, connected to the internet. In our PCMark 10 Modern Work test, the benchmark recorded at 7 hours 55 minutes from 94% to 19% – you can get a little more battery life out of it by switching to power saver mode, another hour tops.

If you were to throw Lightroom to do some editing work on the move, it’s going to eat up the battery. The Matebook X Pro follows the same standard for charging as its predecessor with a 65W USB-C Power Adapter which is a good way of futureproofing your accessories to an all USB-C lifestyle. Charging the laptop takes about an hour from 0 to 80 percent and it takes about an hour and half to get a full charge. 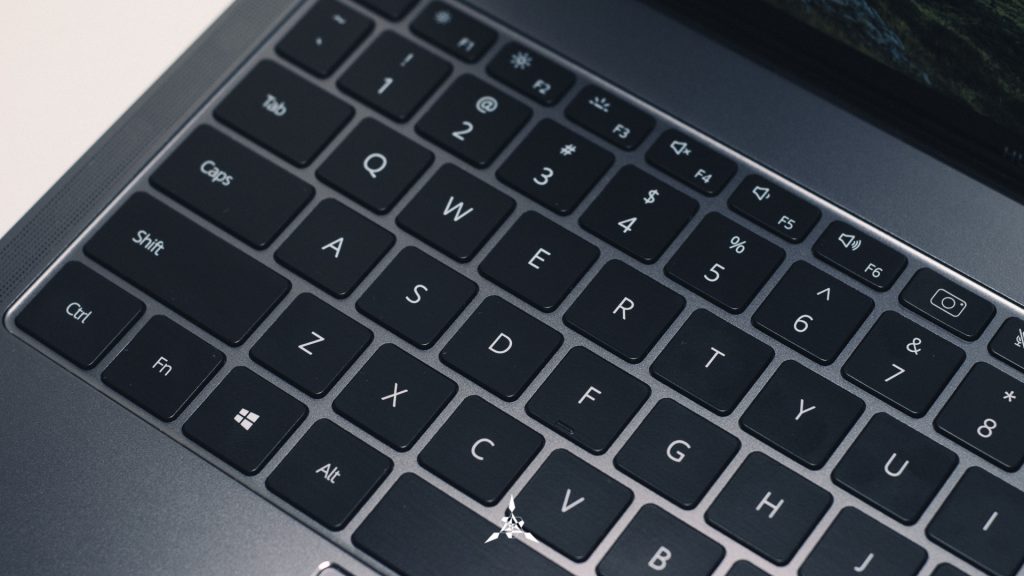 To be honest about the keyboard, it’s an acquired taste. They have a key travel of 1.1mm which does imitate the butterfly keyboard switches followed by a backlight keyboard. We typed this whole review using the Matebook X Pro. What I love is how the keyboard layout it not altered at all – to either cram in a number pad or make the shift keys smaller to make the enter or the arrow keys bigger. The layout is easy to pick up right out of the box and the familiarity with a traditional layout helps a lot. I was okay with the 1.1mm travel, although I do with it was a little longer whereas my brother who tried the keyboard said it can definitely use a little more travel as it feels too short for his liking. The backlight on the keyboard is faint and even at maximum brightness is very dull – but that’s a good thing, so that it doesn’t shine bright in the dark and cause any sort of discomfort to the person beside you in the plane or while taking a trip in the car. 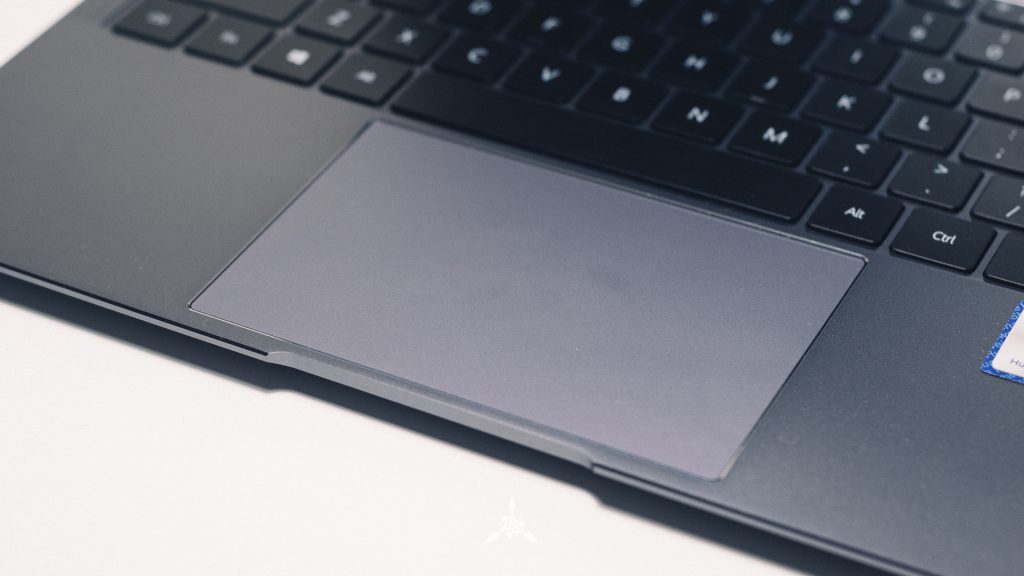 The trackpad is humongous, and I love it. It has a glass top with physical left and right button which is clickable hidden under that. The trackpad works great with gestures – thanks to Windows Precision Drivers but the palm rejection requires work – an update should fix that.

Sound isn’t something you shouldn’t worry about, because the speakers are placed right beside the keyboard. The sound is clear and there is no distortion but the bass falls short. The sound isn’t the best but its sufficient if you were to watch a movie comfortable in your bed. 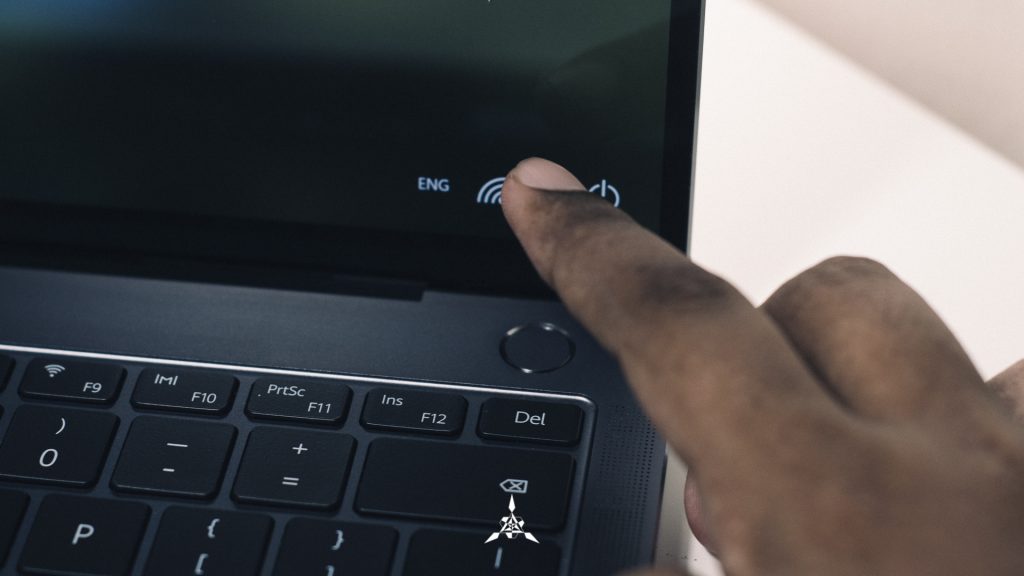 Finally, as for security – which is an important thing even for a laptop in today’s world – the power button on the Matebook X Pro also acts as a fingerprint sensor which is fast, responsive and very easy to setup.

The Huawei Matebook X Pro, while it may come off as a surprise from myself, I actually love this laptop, through and through. Coming from a manufacturer that still is relatively new to the whole Laptop scene, they have made a sophisticated laptop that is good to look at, better to use with and great to go with anywhere and any day – that is, if the price tag is right for you. It comes in one configuration and costs a hefty RM 7,999. Don’t get us wrong, it is a great laptop, but the price is definitely holding us back and the inclusion of Huawei Share which is an exclusive feature to the Huawei ecosystem isn’t enough to convince users to choose the Matebook X Pro over the other laptop that’s available in the Ultrabook scene.

If you do want to own the Matebook X Pro, I’d strongly suggest you to purchase it when it goes to sale on the 16th May, so that you can also walk away with free Gifts worth up to RM 1,936 – which includes HUAWEI Sound X, HUAWEI Bluetooth Mouse, HUAWEI Backpack and a HUAWEI Band 4.