OPPO aims to further bolster its ranks with the launch of the A92 today, featuring interesting features such as a quad-camera system, a large battery and mid-tier specs that aim to hit higher than its price bracket. Along with the new smartphone, the company also launched the Enco W31 true wireless headphones that boasts high fidelity audio.

The latest addition to OPPO’s successful A-series packs internals expected of this price range, and then some. With the company’s reputation of delivering products with attractive features, the A92 is expected to bring a healthy boost of sales of the company. The list of specifications and the pricing for the device can be read here: 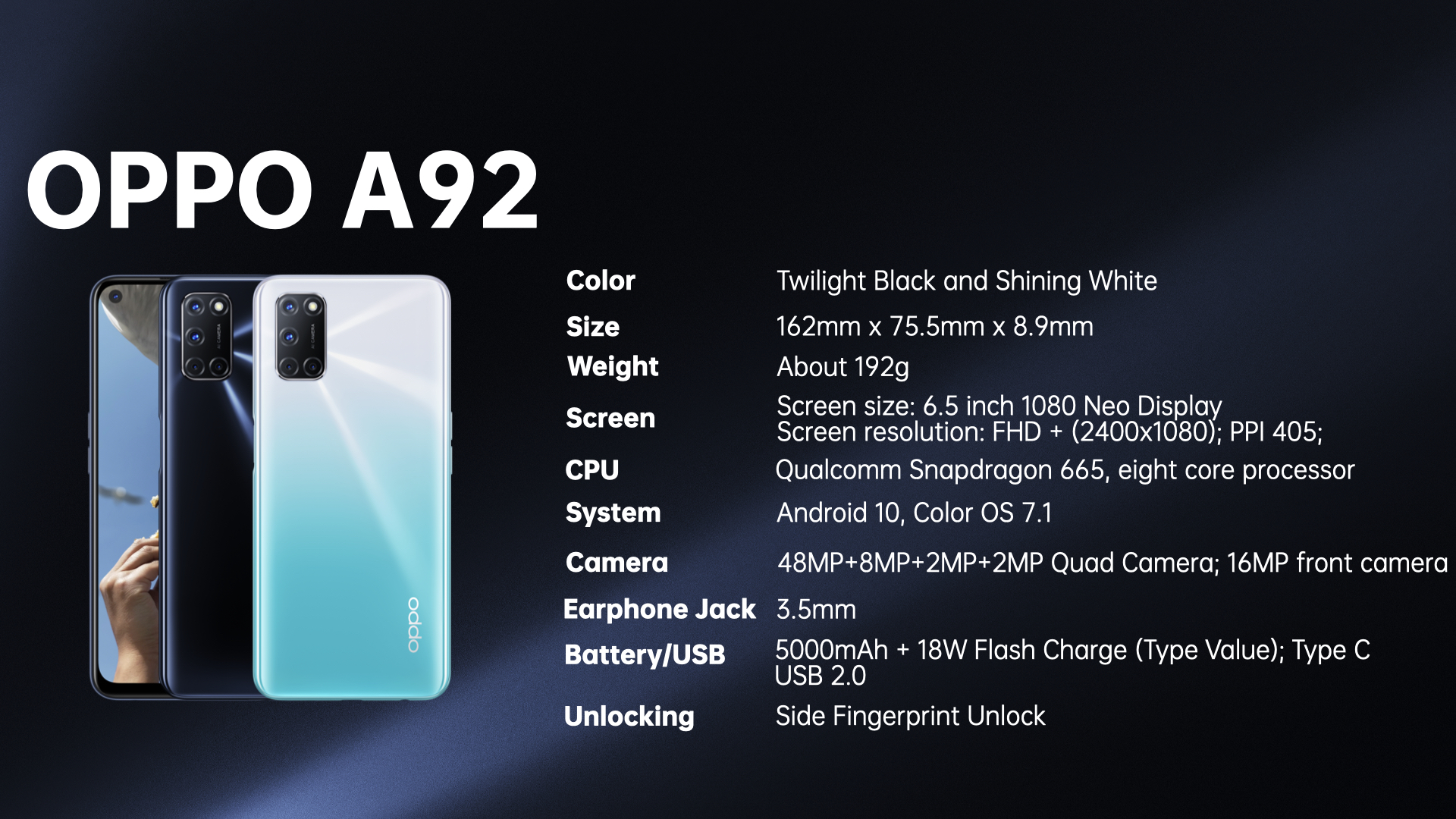 The main attraction of this phone is the quad-camera system boasting a 48-megapixel main shooter with a large f/1.7 aperture and a 1/2″ large sensor size. Equipped with a lens system of such a sizeable aperture, the camera is said to be capable of taking in more light and producing better low-light photos especially with the utilisation of Ultra Dark Mode 2.0. The camera also supports pixel-binning technology to shoot at a lower 12-megapixel resolution, and an electronic image stabiliser (EIS) to improve stability especially for video shooting on both its main sensor and the ultra-wide angle sensor.

The 16-megapixel selfie camera promises to deliver natural-looking selfies with a powerful AI Beaufitication algorithm developed in-house. Selfies produced will have facial features smoothened automatically and a brightened overall frame for a more natural look. Features specifically developed for selfies such as Night Portrait, Portrait HDR and Portrait Bokeh Effects aims to take your selfie and portraiture game to the next level. There is even an AI Video Beautification feature for more attractive videos.

The A92 deploys Qualcomm’s Snapdragon 665 CPU, the latest version of Snapdragon 660 mobile platform, featuring four large Kryo 260 cores clocked at 2.0 GHz and four small Kryo 260 cores clocked at 1.8 GHz. Paired with a 5,000 mAh battery that supports 18W Fast Charge, the smartphone is capable of providing up to 34 hours of call time, 50 hours of audio playback or an impressive 500 hours of standby time.

The Full HD+ display with punch-hole comes with Widevine L1C certification, which allows for Full HD content streaming on mainstream video platforms such as Netflix, and certification of the A92’s Full Care Display by TÜV Rheinland for a more pleasing viewing experience in low-light situations. The phone features a 3D Quad-curve body, side fingerprint unlock button, dual stereo speakers and comes in two colours, namely Twilight Black and Shining White. 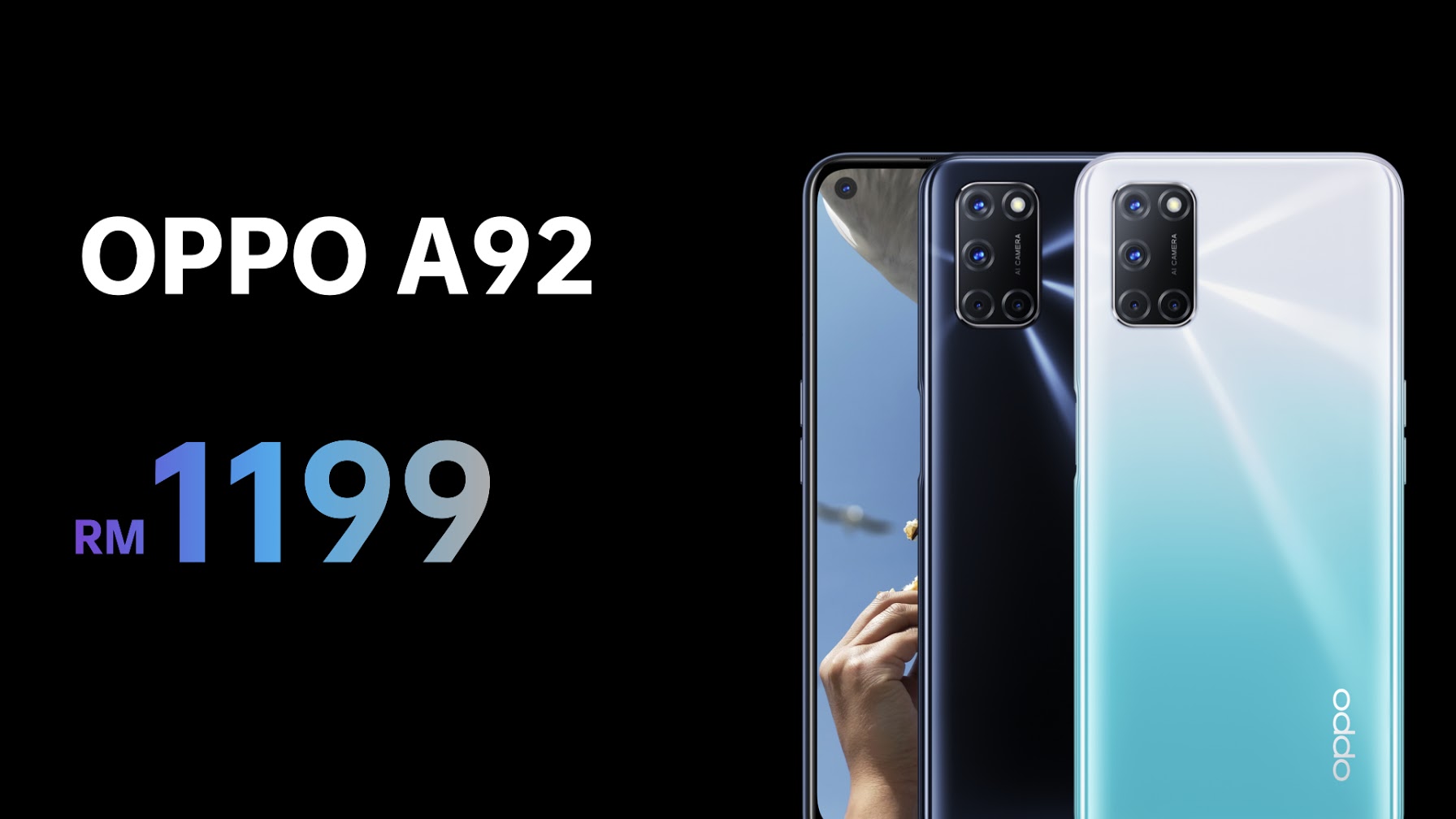 The Enco W31 utilises binaural low-latency Bluetooth technology compatible with most smartphones, combined with dual composite thermoplastic polyurethane and graphene diaphragms for an improved frequency response. The new TWS headphone comes with two audio presets, namely a balance mode for pop and classical music that evens out the frequency range, and a bass mode that enhances low frequencies for rock and EDM. 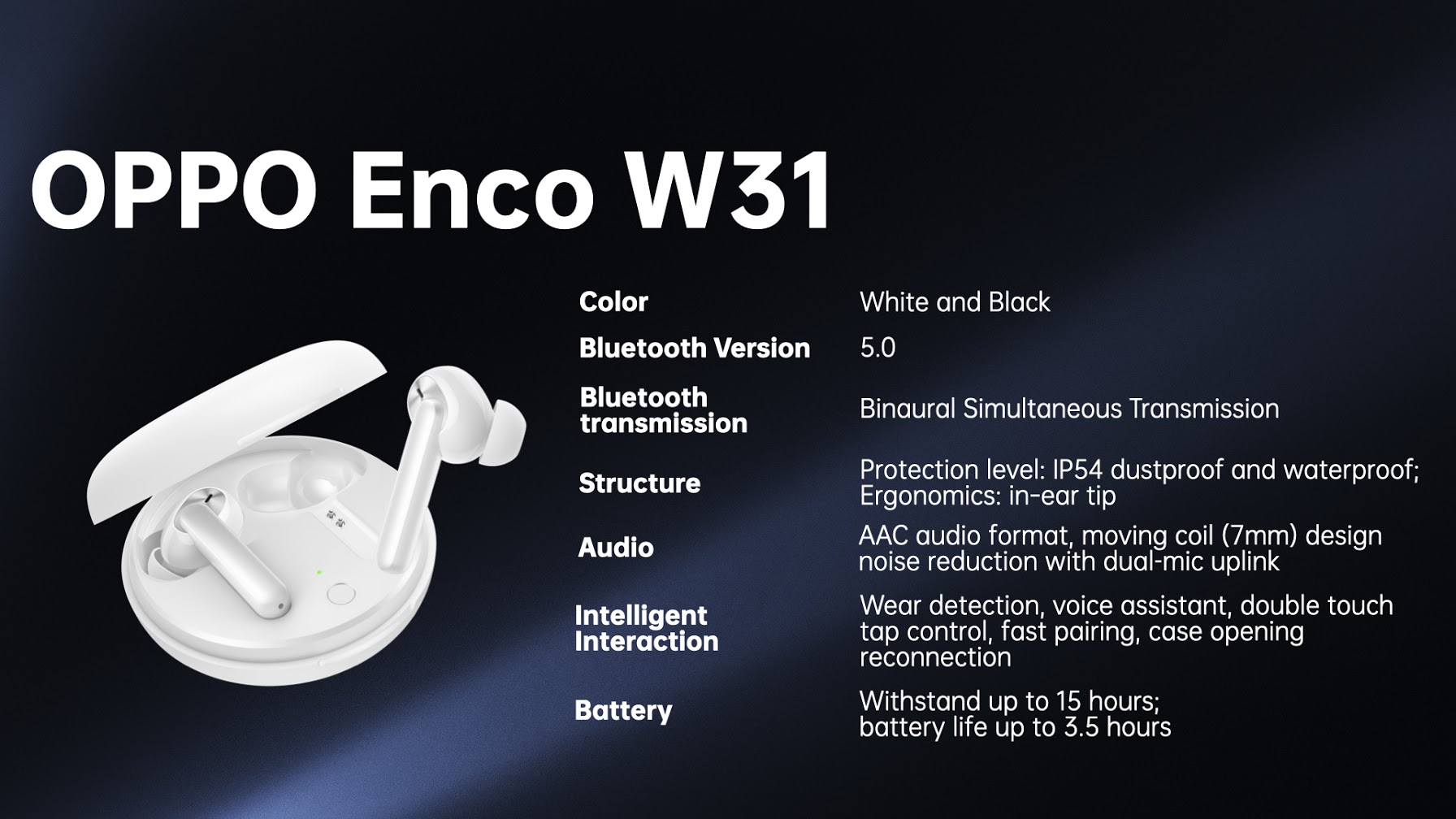 Features that aim to improve the listening experience include anti-wind noise chambers, dual high-sensitivity microphones and environmental noise cancelling to block out background noise for better calls. The headphone also has an extra-secure in-ear design, stronger water- and dust-resistance. 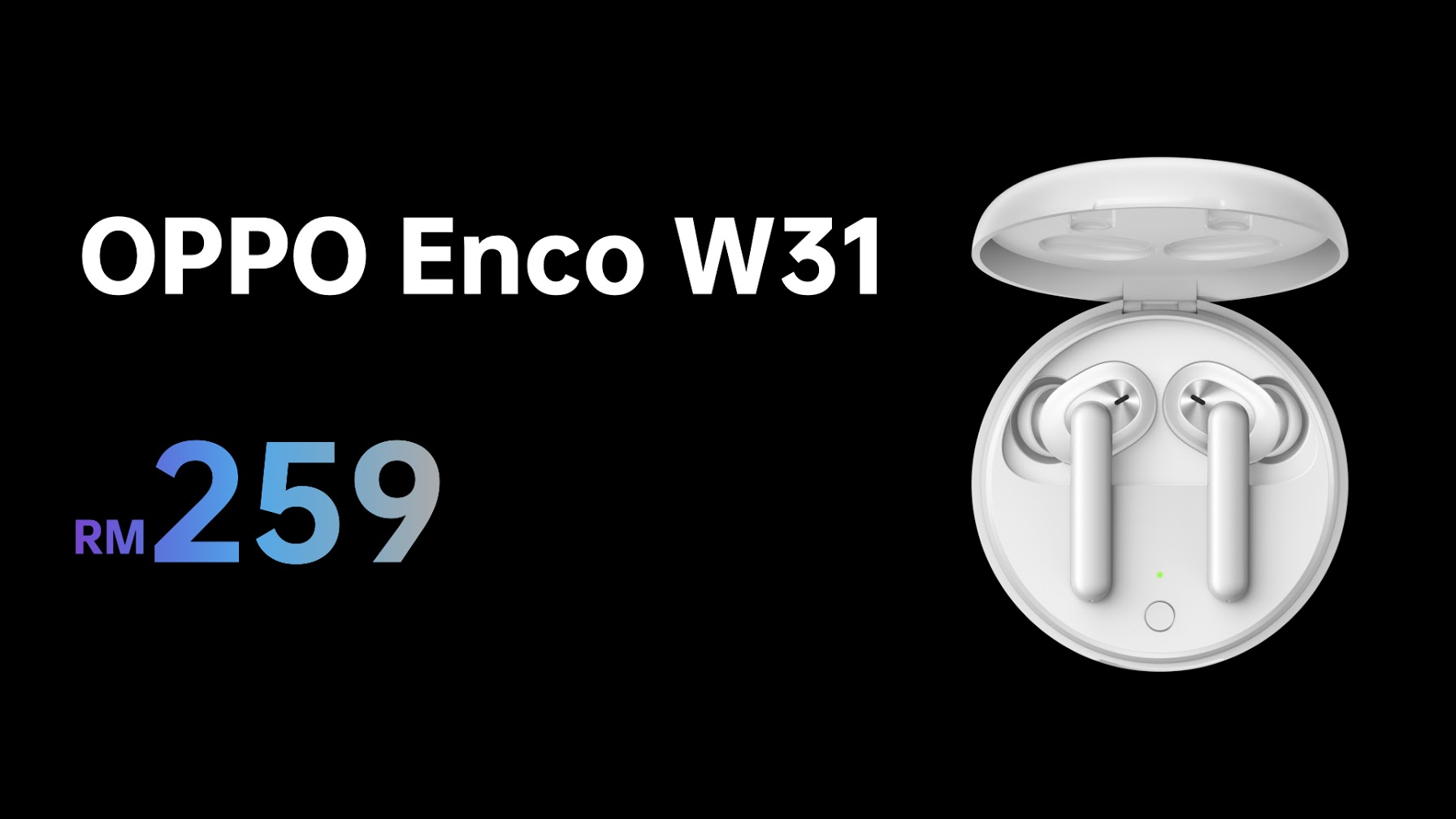 The OPPO A92 will be priced at RM 1,199 for a 8GB + 128GB model in either Twilight Black or Shining White, while the Enco W31 TWS headphone will be available at RM 259 in white and black. Pre-order for either will begin on 4th of May 2020 and ends on 8th of May 2020. The OPPO A92 will come with RM 298 worth of gifts including an Olike Bluetooth Speaker and 1-year extende warranty for each pre-order, and the Enco W31 can be had at just RM 199 (SRP RM 259) for a limited time only during the pre-order period. If you intend to buy both of them, OPPO has a purchase-with-purchase sale that allows you to get the Enco W31 at an even lower price of RM 129 (SRP RM 259).

Pre-orders can be made from OPPO concept stores, OPPO official online stores, authorised dealers, OPPO Chainstore partners including Senheng, senQ, DirectD and Urban Republic as well as e-commerce partners such as Lazada and Shopee. Purchases through Astro Go Shop today will come with exclusive gifts with RM 530, which include an Olike Bluetooth Speaker worth RM 199, 18-months extended warranty worth RM 132 and an exclusive Raya Reno Bag worth RM 199. Purchase through telecommunication partners such as Celcom, DiGi, Maxis and UMobile will be made available at a later date.

Spotify: A shift in pattern of music listening during COVID-19

Samsung Galaxy S9 and S9+ is Now Available in Malaysia!

Samsung Galaxy S21 and S21+: A Flagship with a Sense of Fashion and Style