It may come as a surprise that Oppo started out as an audio brand. Not just any kind of product but the best in class high fidelity audio products. But a while later, they have gone dark on their audio division for the longest and they made their debut once again with the Oppo Reno announcement in Malaysia with the Enco Q1, which is the brand’s Noise Cancelling Earphones. Since the current trend is consumer shopping for such earphones, we wanted to check it out for the pricing that it offers. Turns out, these Oppo Enco Q1 might be the best affordable Noise Cancelling Earphones we have ever used. 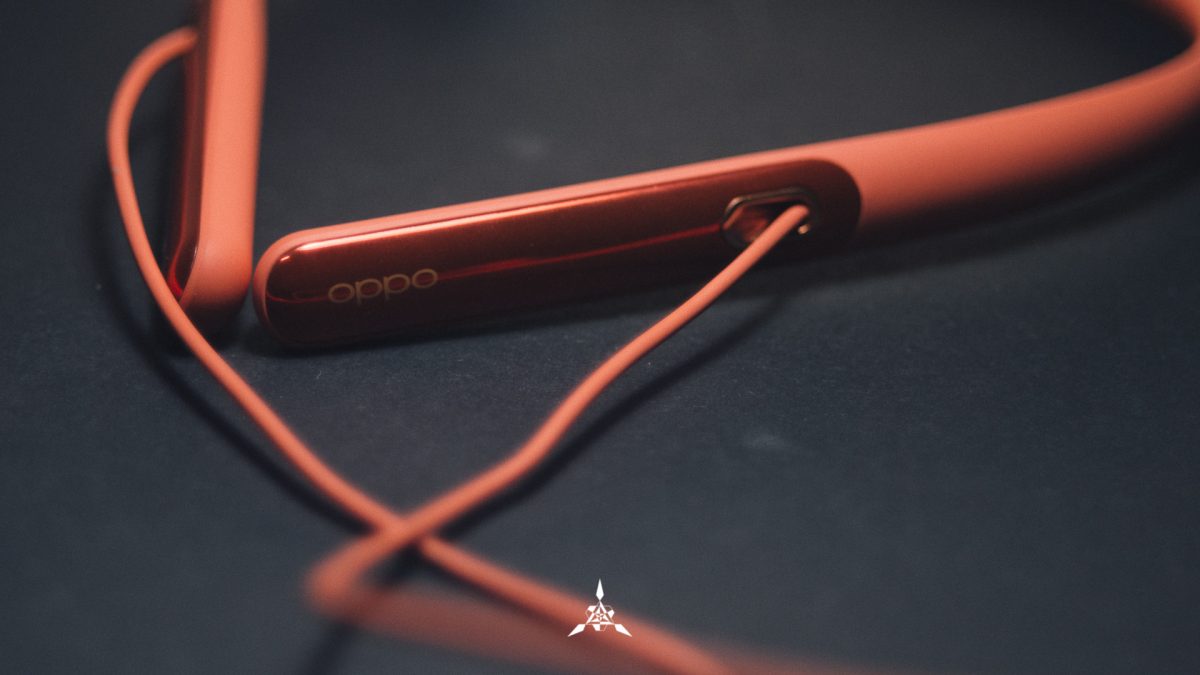 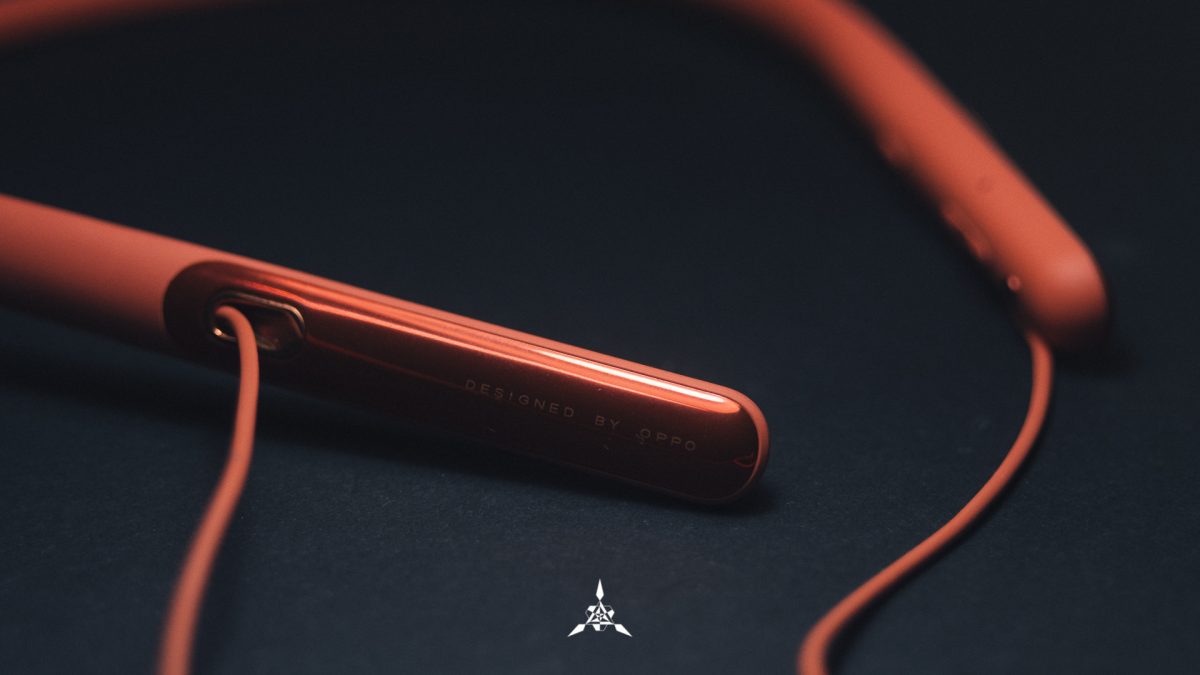 The moment you look at it – the Enco Q1 has this striking orange color that gives more of a youthful or young at heart vibe to it. But if you want some other color like a classic black, fret not, Oppo has got you covered. Other than the funky look, it does have some subtle touch that give a premium look metal texture on both the sides with Oppo printed on one side and Designed by Oppo on the other end. As for the rest of the headphone, you notice it is a Neckband style headphone – which is an acquired taste among users. But speaking from experience, these earphones tend to have a little longer battery life in general over true wireless earbuds.

As for the feel – it is a neckband headphone, so it rests around your neck. If you were to wear a collared shirt and wear these around it, you wont feel anything but wearing a tee and the contact with your neck does give a weird feeling which takes a while to get used to. Other than that, you wont notice that its around your neck as its extremely light coming in at 42grams. Thanks to the magnetic ear tips, which clicks together and stays in place. An acquired taste but it works.

The Oppo Enco Q1, as we mentioned above is a Noise Cancelling Earphones. Here is the specification:

Oppo claims that the Enco Q1 offers a whopping 22 hours of battery life with the ANC off and 15 hours with the ANC on. Most of the time, I ended up using these Enco Q1 with the ANC on and I was able to get about 14.5 hours of battery life even when I just completely forget to turn off, it would go into a sleep mode which saves the battery. I have no regrets with the battery life because during the time using it, I charge it once every 2-3 days which to me is alright. As for charging it, it takes about 2 hours approximately to get the juice from flat to 100 and thanks to the USB-C port, it is a lot easier as I didn’t have to carry an extra cable with me. 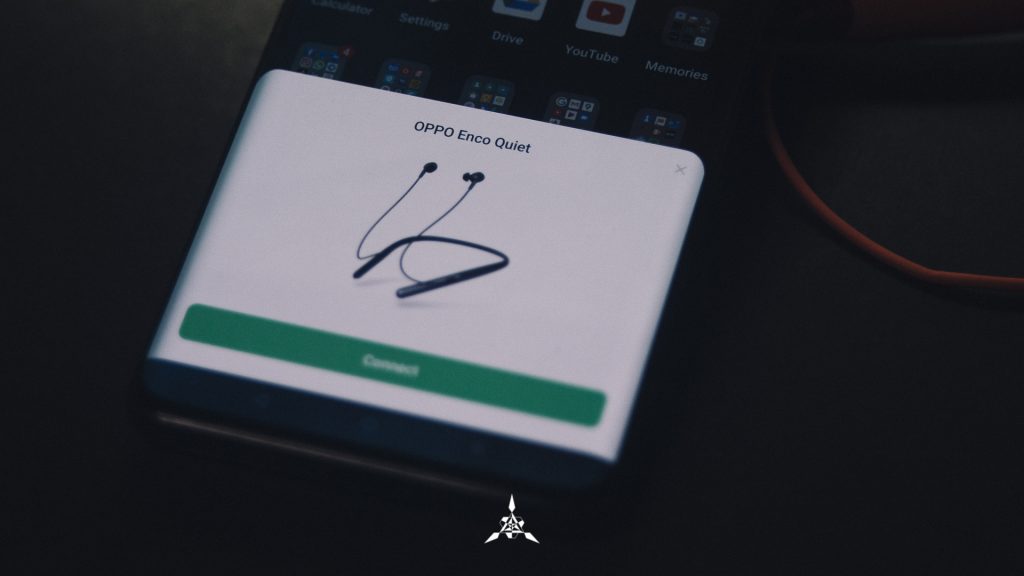 Setting these babies up for the first time is relatively straightforward. In fact, since it is a neckband earphone, it has all the dedicated buttons on the left side of the band making it a lot easier to use. There is not any dedicated app to setup on the phone but if you were to use an Oppo Smartphone, your device would trigger an iPhone-esque pairing popup to pair the Enco Q1 to make it easy to pair. There isn’t any NFC on it for easy pairing which would have been a nice touch. It comes with extra tip which you can change accordingly to have a good seal. 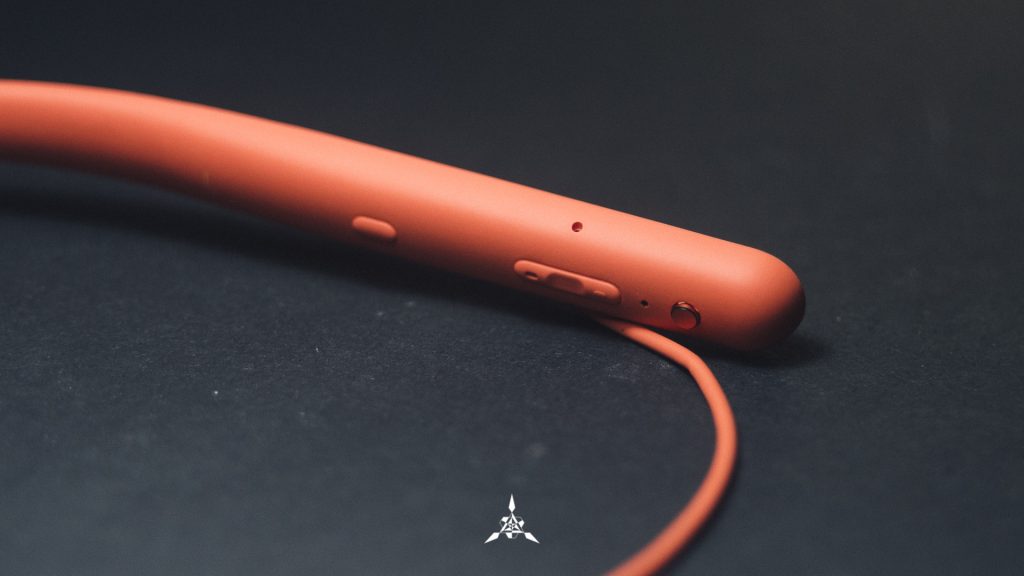 Once you wear the earphones and turn it on, you can feel the Noise Cancelling in where it cancels off the mids and lows around you a little presence of high like vocals around you when you are not playing any music – all thanks to the feedforward and feedback microphone. There isn’t many option to the Noise Cancellation, so its basically an on and off switch – but good thing is that it cancels it just nice that you don’t have that lightheaded feeling or the nauseating feel because some earphones does have those.

Now let’s talk about the listening experience. We listened to Moi by Lolo Zouai with NC On. The vocals were clear enough until the beat hits, you can hear the bass and it has some feedback, but it isn’t the strongest bass you can find on an earphone. It’s the right amount of bass for people who do not prefer bass centric music and average at best for bass heads. You do notice that it lacks the dynamic range – to be able to hit or recreate the right note to a music but the bass masks it. It does have a nice stereo feel with audio movement. The earphones have a bass first, vocal second and the music third kind of staging. With the NC off, you will notice the staging varies with the vocals first, bass second and the music third. With no support for Qualcomm Aptx, I am surprised that the sound quality is not compromised over the Bluetooth connectivity. Certain songs sounded really nice like Sweater Weather by The Neighbourhood which does have that echoey feel and the song sounded really great. Of course, finally, we had to throw EDM, so we played Revolution by Diplo. A song that has quite the heavy bass sounded like the bass was just at 40 percent – it sounds good, but the oomph factor is missing for sure.

The noise cancelling is what we have come together for. Honestly, I wouldn’t compare it with any of the pricier ones, in fact the Neckband earphones with ANC from Sony costs almost a grand – review coming soon on that. But from a price-to-value perspective, the Enco Q1’s Noise cancelling is good. I used these during my commute via Public Transport, during workout and sometimes while working at my workplace – NC worked just enough to clear off most of the noise around me. There was some minor sound that you can still pickup but in order to get a complete seal, you to make sure that the tips of the earphones are the right one.

And speaking of workout, the Enco Q1’s IPX4 makes it a perfect companion for it.

Huge thanks to Oppo Malaysia for sending us the Enco Q1 for review and for making content like this happen.