The tablet market in general is pretty slow and honestly, a little to pathetic to look at – given how slow it is and majority of the consumers would straight up end up with an iPad right off the bat. Huawei is one of those giants in the game and they have been around a while – so is their Matepad series but this is the first time in a long time, there’s a Matepad Pro and it takes a jab at the Pro tablet lineup Apple offers. It most definitely isn’t comparable but would be an equivalent tablet in the Android ecosystem – we are going to keep it short and simple in this Review of the Huawei Matepad Pro.

Huawei kept the Matepad Pro design as simple as possible with no fancy finishes which we do see on their smartphones. The Slate finish but with a little blue-ish hint is just nice enough to look at and they have a White tablet, which in my opinion looks a lot better and quite the eye catcher. That aside, the tablet has a thin profile and for the most part it’s quite alright.

The display on the front is an LCD panel coming in at 10.8” inch and it looks pretty pleasing. While it may not be an OLED or AMOLED display, if you do plan to use the display for just the usual such as for entertainment, a little bit of productivity and sketch while you are on the move of sorts – it serves fine. Not to forget, watching shows on the tablet with the super thin bezel is nice. There is a camera cut out on the corner of the display, which isn’t too much of a bothersome – and good to have given how much we are video calling these days.

The Accessories makes the Tablet Whole

The Matepad Pro is incomplete without the accessories and Huawei sent us the complete bundle to use with the tablet. It comes with two accessories: the Huawei M Pencil and Smart Magnetic Keyboard.

The keyboard snaps with the magnets around the device and the camera bump slots in a way that the sleeve sticks well to the back of the device. On the keyboard, you’ll notice it has two ridges where you can place the tablet in two angles and the moment you place it, the Bluetooth gets activated, the keyboard is paired and ready to go.

It is a chicklet style keyboard with a short key travel – and since it’s a keyboard sleeve, it seems quite alright honestly as the typing experience on the keyboard is nice and easy to get along. You can still perform shortcuts, similar to Windows but there’s no customizability in that department. I can use Alt+Tab to switch between applications and few other short cuts within apps as well. Honestly, I didn’t expect the keyboard to be this good on the tablet – so much so to a point that I did use the tablet to take notes or Type articles on Microsoft Office with no issues at all. Sure, it doesn’t have backlight to it, but the display brightness is more than enough to make you see the legend on the keyboard. Pair it with a mouse via Bluetooth and you get yourself a decked out portable yet quite the workhorse to get around.

As the name suggests (or imitates, in this case), the M Pencil is a stylus for the Matepad Pro to get around the tablet and for those who want to take complete advantage of the display. It attaches magnetically on the top of the device to pair and charge and that is quite the relief as you do not need to have any awkward way of charging the pen. The 4096 levels of pressure sensitivity are a welcoming touch for those who do want to take a good advantage to sketch or write anything. In my case, I did use the pen to sign and write on documents, jot down notes in my classes and draw some small sketches when I am bored. You can even use the pen to wakeup the display and jot down without unlocking the device. Huawei also includes extra tip for the pen, so if the tip does wear off over time, you can replace it with no hassle at all.

EMUI 10.1 offers quite the number of features to get around the tablet – MeeTime for video calls, AppGallery and my personal favorite that switches the tablet from a typical android tablet to a Windows Like experience – EMUI Desktop. Now, this is a feature that has existed in Huawei devices and it works when you connect a HDMI cable and the phone will enable the EMUI Desktop on the big screen. Huawei has incorporated the EMUI Desktop mode into the tablet itself and switching from the clunky UI to a much familiar layout helps a lot for the most part – such as opening and closing the tabs like a proper laptop would do, a setting center, command center that collectively shows the notification and quick settings and so on.

Not to forget, the speakers on this tablet is sweet.

Fallbacks (but can be fixed)

The MatePad Pro isn’t perfect – there are few fallbacks with the tablet which some requires a workaround and the rest is a little hard to do so.

Sticking with the NM Card for storage which is a proprietary storage created by Huawei gives the user a tough time to upgrade their storage and even if they do, being able to use the NM Card on today’s device is a little hard because there isn’t a proper reader in the market and its hard to find one. But at least the 5G Variant which is available as of now lets you pop a SIM instead.

The Huawei AppGallery – while it may seem like they are doing the best they could to add as much as application possible to satisfy users needs, it still falls short in offering reliable applications. There is a work around where you can download third-party app launchers like APKMirror Installer, APKPure to get your day-to-day application working. But as compared to day one when we used the tablet and today, it has come so far and just with the updates that it received, it now supports ClearKey CDM and WideVine – which means you can use Netflix with no problems at all. But that aside, in order to make this tablet completely work, AppGallery’s application option isn’t going to cut it.

This tablet houses a huge battery that lets you charge with a Qi Wireless Charger and even enables you to Reverse Qi Charge a different device. The 7000mAh battery that it comes with does fall short as the standby time is a little too bad because of the poor optimization of Kirin 990. But it’s quite alright because if it weren’t for the FastCharge Adapter, this tablet would have been a little too hard to charge quickly. 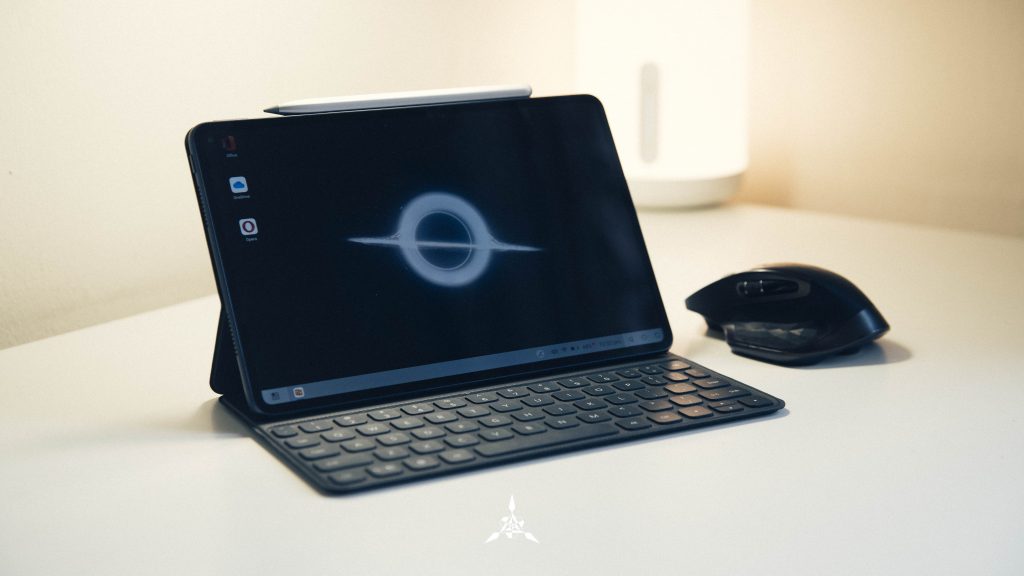 For the most part with the Huawei Matepad Pro, it is trying to be the Pro Tablet you can get your hands on, if Android is your personal preference. Shortcomings such as the AppGallery is something that I can look past as I am only using this tablet to do limited number of work but it still lacks a lot of productivity-centric tools in the AppGallery that can actually take complete advantage of the M Pencil – which I do hope to see a change in the near future. But if you were to ask me if the MatePad Pro is a good tablet to purchase, it’s quite alright and I can see myself using this tablet when I am on the move – for a little work and play of course, but if you do want the Pro experience, you must get the accessories to go along with the tablet.

There’s a 5G Variant of this tablet which is a little pricier than the WiFi variant – my personal recommendation is go for the SIM Variant not because it has 5G support but because you can pop a SIM and treat it like a tablet with to-go internet capabilities, especially given the fact that there are great Unlimited Plans from Celcom and U Mobile.

Thanks to Huawei Malaysia for gracing us with the Huawei Matepad Pro for making this review happen. Special thanks to our friend, Bryan for loaning his Nikon D610 for us to shoot the product images for this article.

[email protected]: Predator and Osim made a Gaming Chair Together and We Want One

Jaya Prithivi Raj, also known as Vesper is the Founder of The Adventures of Vesper. Malaysian. Indian. The Rainmaker. I tend to try too many new things because I get bored quickly. But one thing I am not: Tech and Healthcare.

Huawei adds new color to the P10 Plus, Rose Gold.

Chilling Adventures of Sabrina Review: It’s Darker than You Think