Say whatever you want, ASUS is the first company to ever venture into a gaming smartphone and redefine how a smartphone can push its limits. The ASUS ROG Phone just pretty much just that. Their first-generation ROG Phone was a head turner and I personally rock that as my daily driver. Following that was the ROG Phone 2 which was a whole lot bigger and brought a lot more too the table. Now we have the ROG Phone 3 which pretty much is the most powerful smartphone to date. We are definitely blessed to have ASUS in our line of work, and we were graced with the opportunity to take a look at this beauty – here’s what we have to say about the new ROG Phone 3. 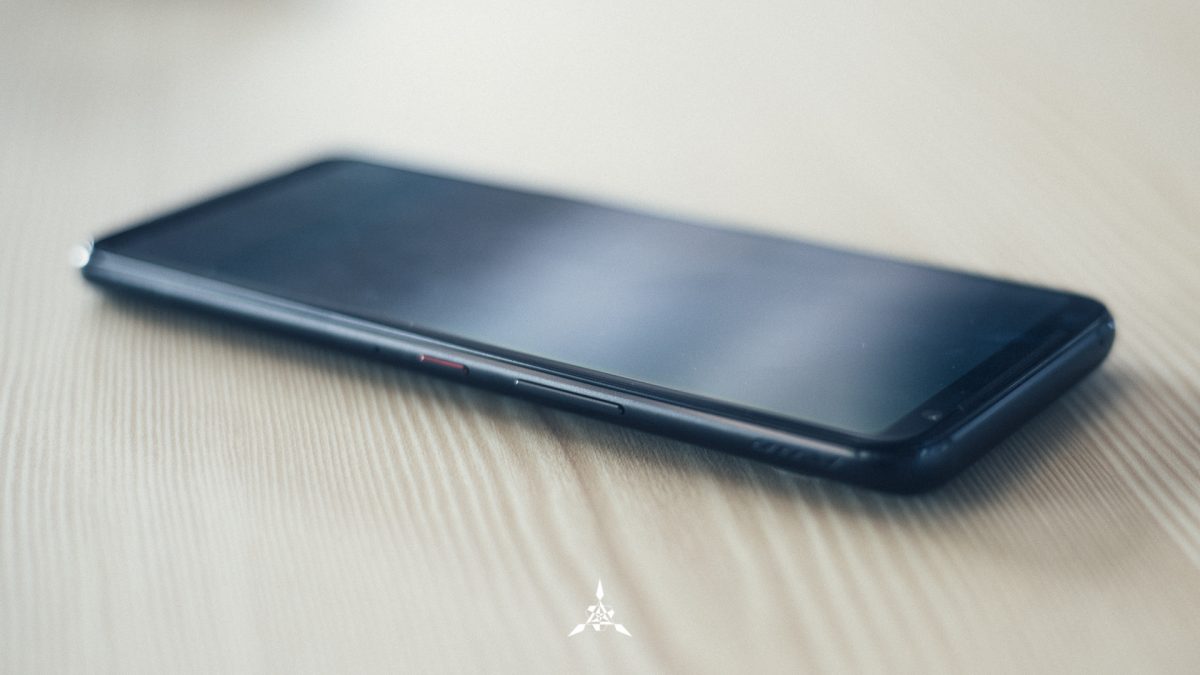 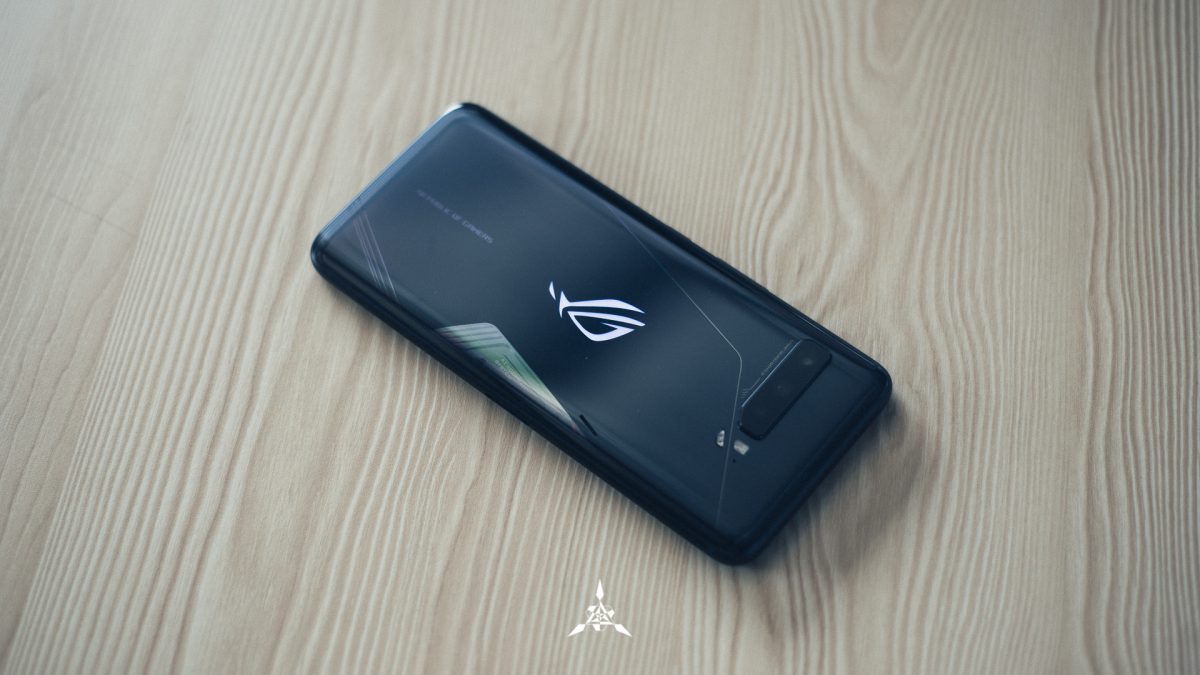 While it may seem like there are very incremental upgrades over the ROG Phone 2, truth be told, it feels a lot more polished than you think. Starting off with the build quality, the ROG Phone 3 is a lot lighter and surprisingly finer in terms of the design and finish. It’s covered in glass both on the front and back, and more surprisingly, the back is now entirely covered in glass unlike the predecessor which had a much more edgier glass cut because of the “ROG Aerodynamic System” – the place where the Vapor Chamber Cooling was said to be located. But it’s not entirely gone either, the phone has a smaller Aerodynamic System which is now under the glass, and the slit is on the glass instead – giving it a lot more elegant look – and more so as if the phone is a little transparent of sorts.

As for the rest, the phone does look the same as ever but losing the copper hints on the earpiece and speakers. This time it just seems like ASUS went for a sleek and subtle finish entirely – kind of feels like the Zenfone team had some say in making this phone because holding it in the hand gave a feel of holding the Zenfone 6. The phone has an accented red power button which is a subtle touch and as for the rest – once again, the phone shares an identical design with the ROG Phone 2. In fact, during our time checking out the ROG Phone 3 – I had my personal ROG Phone 1 and had access to the ROG Phone 2 – to give a simple comparison on how the 2 and 3 are identical.

No more Headphone Jack, but not really…

One of the thing about the ROG Phone 3 is that – the rumor is indeed true, it lost the Headphone Jack and comes with a dongle that’s included inside the box but if you remember, it also has a special USB-C port on the side to mount the Aero Active Cooling Fan which also consist of a USB-C port and a 3.5mm Jack.

So, technically you are not losing it entirely but you can now have the option to bring it with you or not with not much of an hassle. There are some interesting additions and changes too – for one, it now has a stand for you to make it stand at an incline – so if you want to watch a show on Netflix while you eat, well – you can do that now.

Another change: It has a huge gap in-between when you mount the phone onto the cooler and the reason why ROG did it, is to make it easier for users to mount their phone with cases on it to work with ease – which we did try with the case that will be sold separately and that’s an interesting case too.

The Lightning Armor Case is one of the accessories that will be sold separately from the phone and it has a cool feature to it. Earlier, we played with the ROG Zephyrus G14 which has an AniMe Matrix backing that looks very edgy. That said, they kind of brought that idea over to the phone but keeping it as simple as showing the ROG Logo and the text in RGB which is cool as compared to the ROG Phone 2’s Light case that has the Republic of Gamers text in the middle. The moment you mount the case onto the phone, the NFC tag registers the case and enables an exclusive theme for you to apply on top of the UI.

The AirTriggers is one of the key feature of the ROG Phone for gaming and they have improved it by a lot this time around by making the triggers a lot more responsive and customize the way you want it to. In fact, you can now map two functions – to register two different action, slide the trigger, double tap and the list goes on – we will talk about this when we get our hands on the ROG Phone 3 for review.

Adaptive Refresh Rate with up to 140Hz with 1ms Response

ASUS has once again done it – to mess with our eyes and immerse in that beautiful display of theirs. We have seen the 90Hz on the ROG Phone 1, 120Hz with the ROG Phone 2 and now, it has reached an high 140Hz refresh rate – truth be told – I could barely differentiate between 120 and 140 Hz as its super slick and smooth. What appears to be interesting is that the display as AutoHz mode, where it adapts the Refresh Rates accordingly. A feature worth noting and looking into – again – once we get our review unit. But what we do know now is that the display is a 10-bit AMOLED Panel and has support for HDR10+ high Dynamic Range as well.

Now the variant we got to play with was the high-end variant and the specification is quite the killer – with upto 16GB RAM, Qualcomm Snapdragon 865+, 6000 mAh battery and so much more.

Looking at the whole gaming smartphone segment, personally, as a user and a content reviewer myself, the ROG Phone 3 has been the benchmark to a proper, well executed gaming phone that gets released once every year with no weird Pro or a Lite or whatever variant to make it a lot more complicated. Let alone the specification the phone houses, shows how much of a beast it is and one you can’t go for – given their track record on their past ROG Phones which had the best in class processor, higher ram and storage during its time and a good experience instead of a half-baked experience which we have seen with a particular brand jumping onto the whole higher refresh rate bandwagon for the sake of selling phones – you know who.

That said, expect the ROG Phone 3 to be a smartphone to have a premium price tag but for a good reason – during my time playing with the phone, made me realize how much little details like the metal rails of the phone and the glass finish is a lot more polished than ever – its as almost as holding a pebble in my hand. Sure I am a little bummed out that the headphone jack is gone but hey, which brand includes two USB-C ports – still having the option to listen to your favorite rhythm and charge or have a port to attach an accessory that comes included inside the box which has a USB-C port and a 3.5mm Headphone jack? 😊

For what its worth, the ROG Phone 3 is definitely going to turn heads for its beastly specification and people who love the phone for its design are going to appreciate the finer details. For now, Malaysia is said to get the ROG Phone 3 and it will be arriving later this year in September and all the three variants – ROG Phone 3 Strix, ROG Phone 3 in 12GB and 16GB variant will be heading to Malaysia.

Once it does enter the market, we will review the phone then but for now, this is all we have to say about the ROG Phone 3. Make sure to like us and follow us on both Facebook and Instagram to keep your eyes peeled when we get a unit to unbox and review. 😉

Huge thanks to our lovely friends at ASUS for giving us the opportunity to play with the ROG Phone 3 and a special thanks to our friend Bryan who loaned his Nikon D610 for us to use and take these amazing product shots.