ASUS is back with their new refresh of Zenbook for this year. The COVID may have put a halt on Computex where this laptop would have made a debut, but it still found its way into the Malaysian market and not to forget into our VesperLab for more than 2 weeks. While there are some interesting changes going on, is the asking price for such a premium Ultrabook worth picking up? 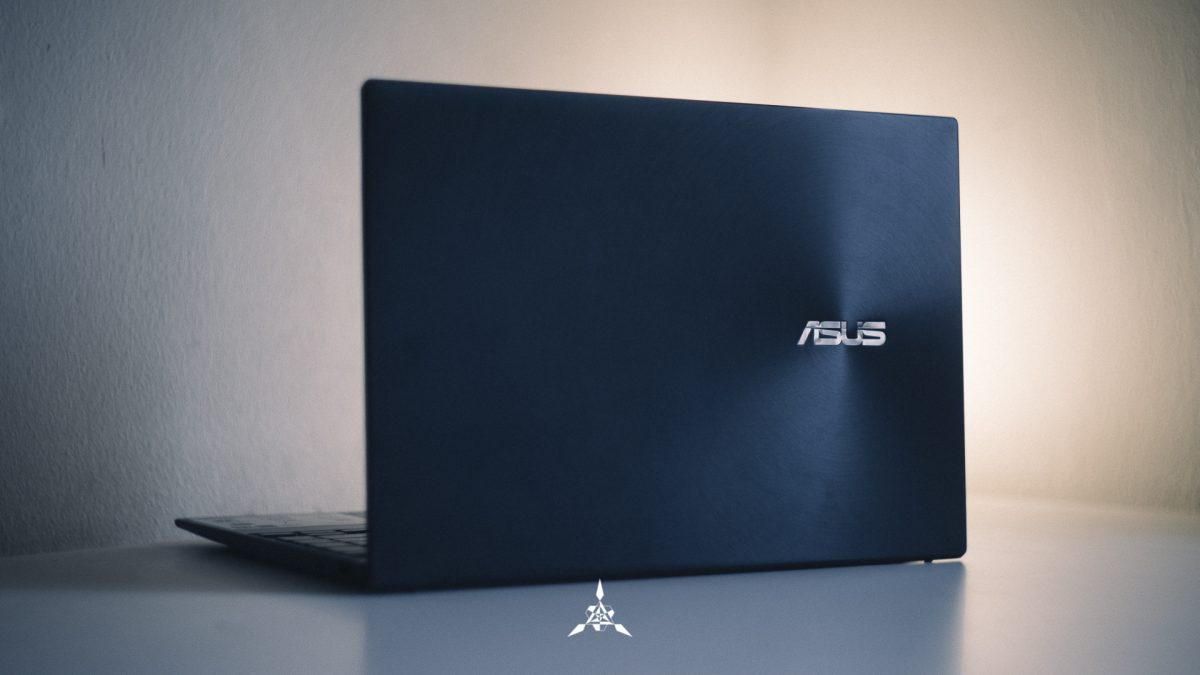 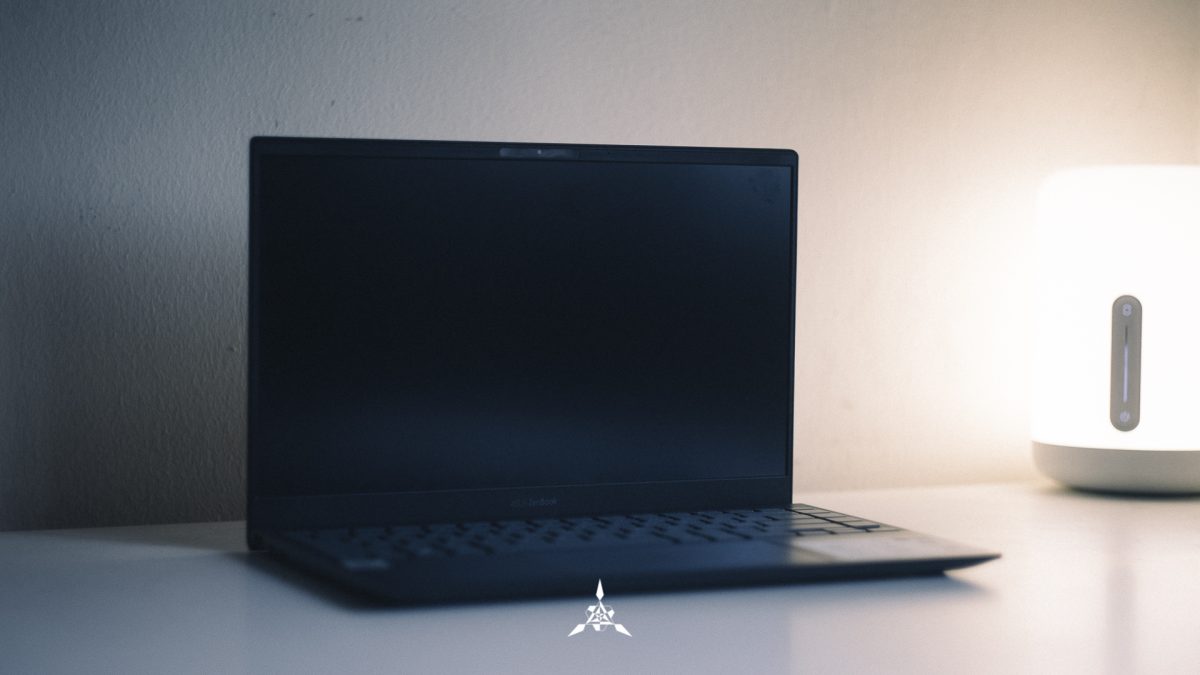 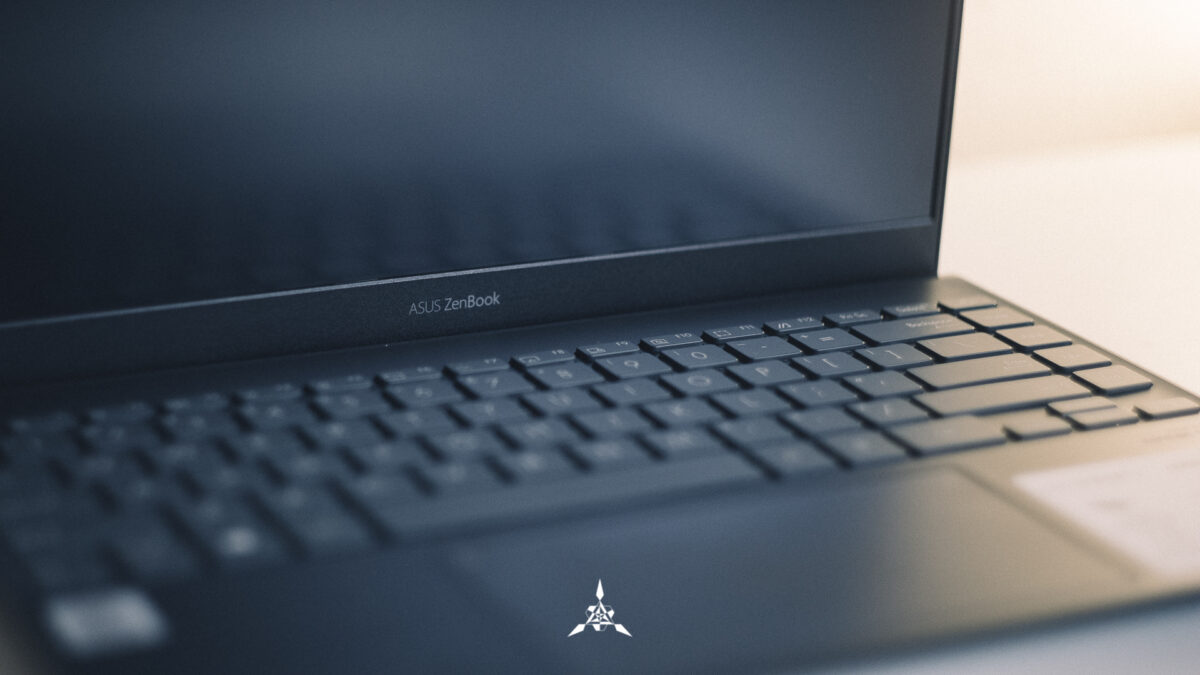 The Zenbook 13 has once again gone through some changes in the design aspect to go with today’s trend. The laptop has an off centered ASUS logo and the whole design reminds us of the Zenbook Duo. In fact, the laptop’s design language is identical to its brethren. It rocks the new Ergolift hinge which in our opinion is much more durable and stronger than the previous gen Zenbook and a much more angular design around the I/O and the whole body of the laptop itself. Gone are those days with the Royal Blue and right now, they have gone for a much more subtle and rich look and finish overall – with our unit rocking a new color, Icicle Grey. As for the build quality, the laptop still is constructed from aluminum giving a robust finish and ASUS has taken some interesting steps to reinforce the laptop’s body with a metal plate below the keyboard which is quite an interesting touch as the last laptop we saw this was with the ExpertBook B9.

For the most case, this is a welcoming design change to the whole laptop and I have to say I am definitely surprised with impressed with the whole look – especially when the design is as identical to my personal favorite Zenbook Duo which we reviewed last year.

Let’s talk about the specification because that’s another department the laptop got an improvement. The Zenbook 13 and 14 comes in the exact same two variants and the only difference is the display. That said, we received the Zenbook 13 in the following specification:

Unlike the last generation Zenbook, the new ones no longer carry a discrete GPU from nVIDIA. Which also means that users are pretty much stuck with the Intel Iris Plus Graphics – which isn’t too shabby but there’s a way you can push this laptop’s limit because it just got a huge bump in the I/O department. The laptop now features a Full-Size USB and a Micro SD Card slot on one end and on the other end, the laptop finally gets 2x USB-C Ports with Thunderbolt 3 capability and a HDMI. So, chances of using this laptop with an External GPU makes the Zenbook a little exciting. If you really look closely, one of the legacy ports is gone – and that’s the 3.5mm Headphone Jack. It’s a shocker how laptop has always had the port for decades and quite a crucial one, but now it comes with a USB DAC dongle powered by an ESS Sabre Chip which is included inside the box.

In terms of performance, we are looking at a very productivity centric laptop. Starting off with the CrystalDiskMark for SSD Speeds – the laptop managed to hit a sequential Read Speeds of 2145MB/s and a Write speed of 1148MB/s. In todays use case scenarios, its still considered to be fast enough for everyday use – to a point you wont even notice the difference. But it does fall a little back from hitting the actual Gen3x4 speeds. 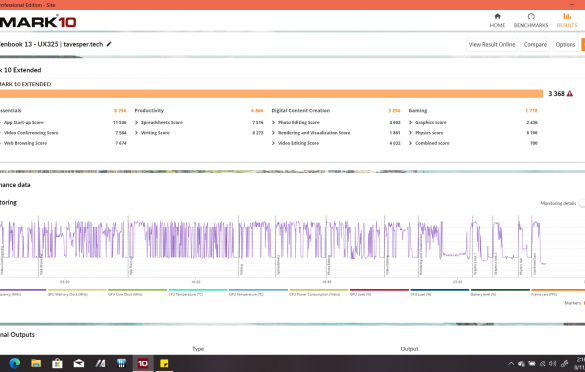 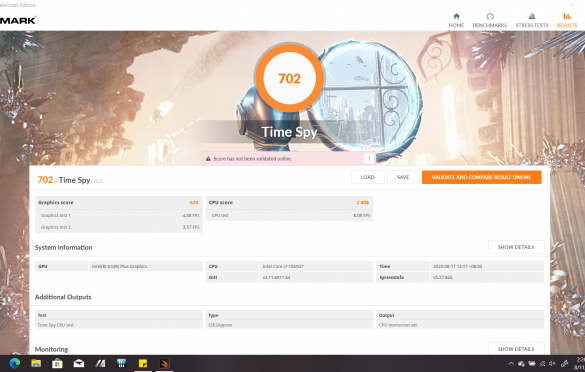 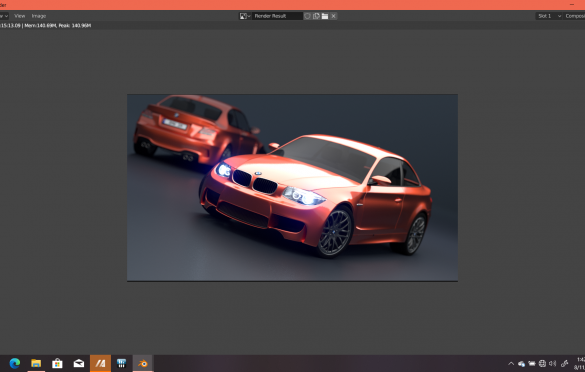 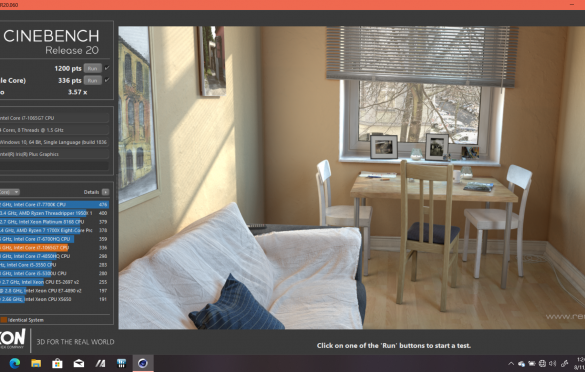 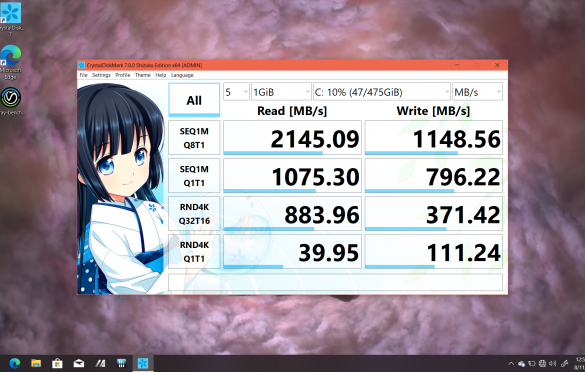 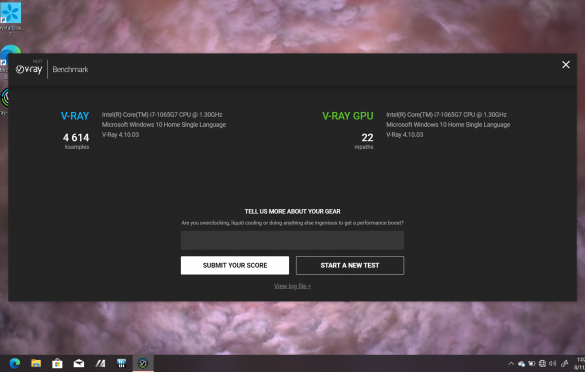 Following that, we performed the usual benchmarking – with Cinebench R20 where it scored 1200 points for CPU Multicore and 336 points on single core tasks. In blender, rendering the infamous BMW render, it took about 15 minutes approx. to complete the render. Finally, to end the benchmark – we used PCMARK and 3DMARK (courtesy to UL Benchmark for providing the Professional Edition), and you can take a look at the scores below.

Now, to put it simple – the ASUS Zenbook 13 is a simple Ultrabook with productivity in its mind – it has always been the case in the past and still is. But the lack of a NVIDIA MX GPU which the previous generation did feature makes it a little questionable but that Thunderbolt 3 in my opinion makes up for the most of it and with the help of a eGPU, your experience will be better with application that requires the extra GPU power to process or render – say Lightroom, Premiere Pro or Vegas Pro. The 8GB RAM is limiting and it could be a little higher but as for the rest, the laptop is A-Okay. 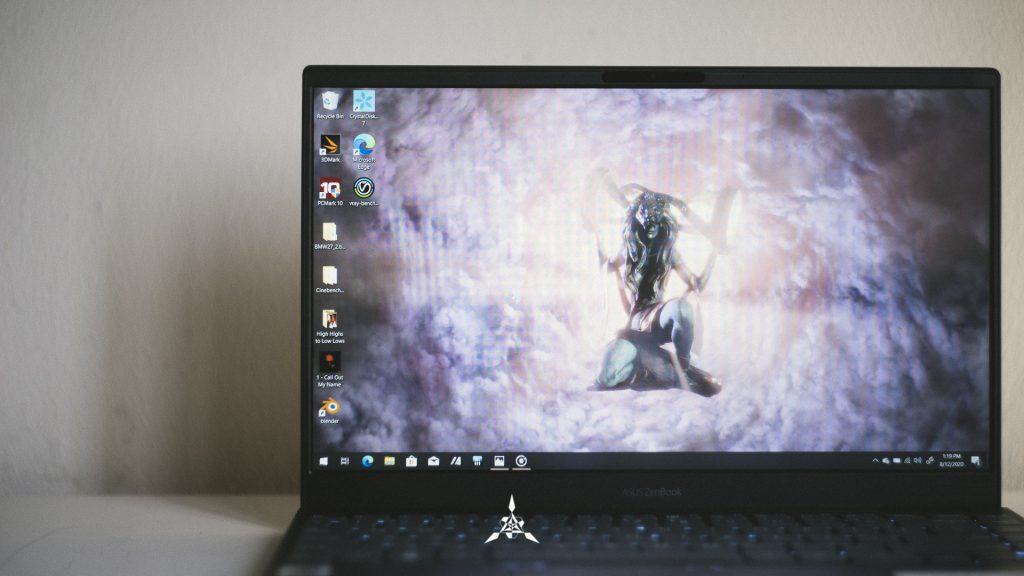 The 13” display on the Zenbook 13 has some good improvements. The glossy display is gone and now comes with an anti-glare coating. It comes in an FHD IPS Panel for better color and viewing angles. The laptop can reach a peak brightness of 450 nits. The bezels on the laptop is now 2.5mm thinner, giving the laptop room for more display in a smaller body. Watching shows on Netflix and even using it for basic productivity tools is alright. The display is easy to use under harsh light as compared to the previous generation Zenbook which has a glossy finish display.

I love the new Zenbook because it gets two best things I have wanted on a laptop for so long. The laptop now uses a USB-C Charger to charge the laptop and the Barrel DC IN port days are over. Which means you can bring one charger to charge pretty much all of your devices. As for the battery, the laptop comes with a 67Wh Lithium Polymer battery which claims to offer up to 22 hours of battery life. During our test, the laptop lasted about 9 hours + in the Modern PC workload on PC MARK. 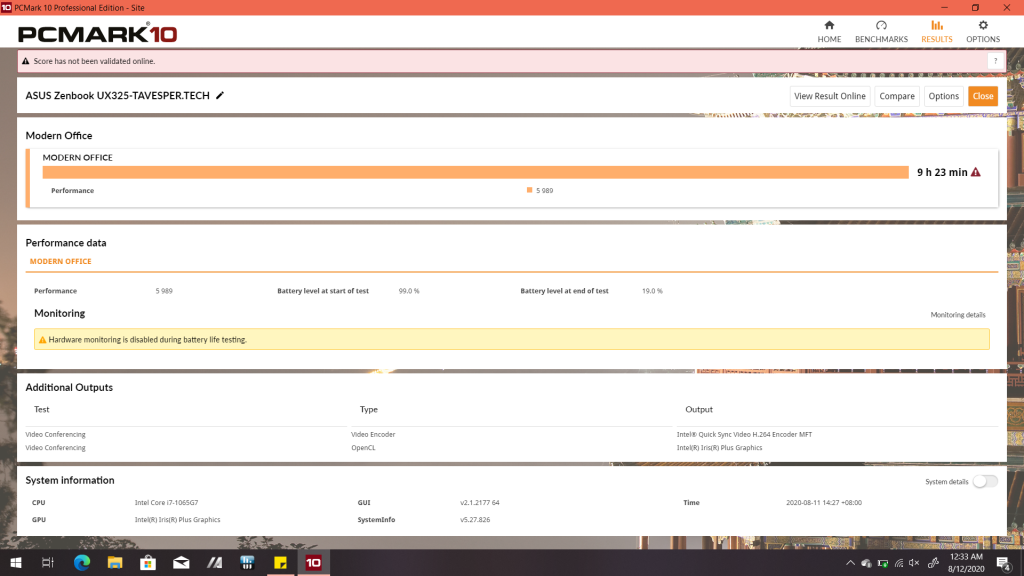 To me, the 9 hours mark is impressive and again, the fact that running out of battery no longer bothers me too much because the USB-C Charging standards. We used the UGREEN 65W adapter to charge our laptop when we were on the move, keeping our setup even more minimalistic. 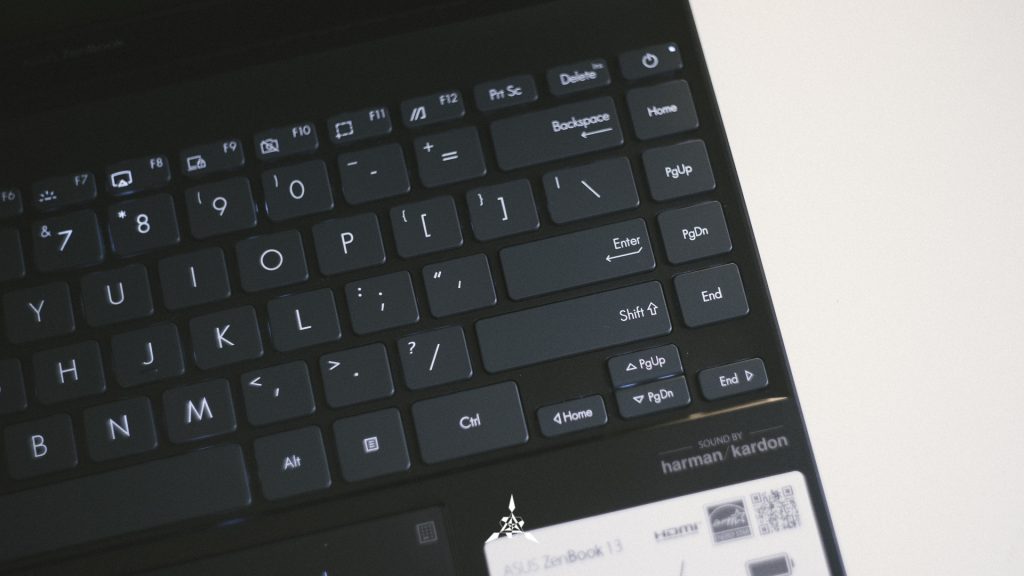 The laptop has improved everything in this aspect. One thing that made me love the ExpertBook when reviewing it was the full-size keyboard with no odd sized keys which the older Zenbook had it. The new one, gets the same keyboard layout as the Expertbook with properly sized right shift keys and arrow keys making it an extremely easy keyboard to get used to. The font for the Key legends has changed for something minimalistic – which also made me like the keyboard a lot more. Other than that, it still rocks the chiclet style keyboard with white backlight to use in darker lighting condition. 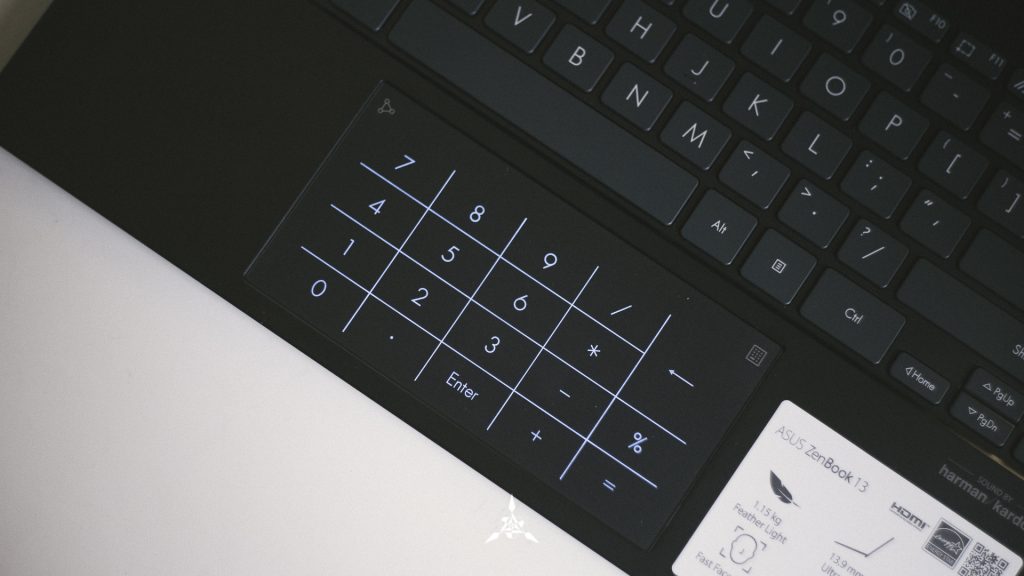 The Trackpad is now wider and with the new ScreenPad 2.0, the keys on that is also bigger – making it easier to use and you can adjust the brightness accordingly. Using the trackpad is nice and easy, the frosted glass texture gives it a nice feel while using it and thanks to Windows Precision, performing gestures to use Windows UI is seamless and quick. 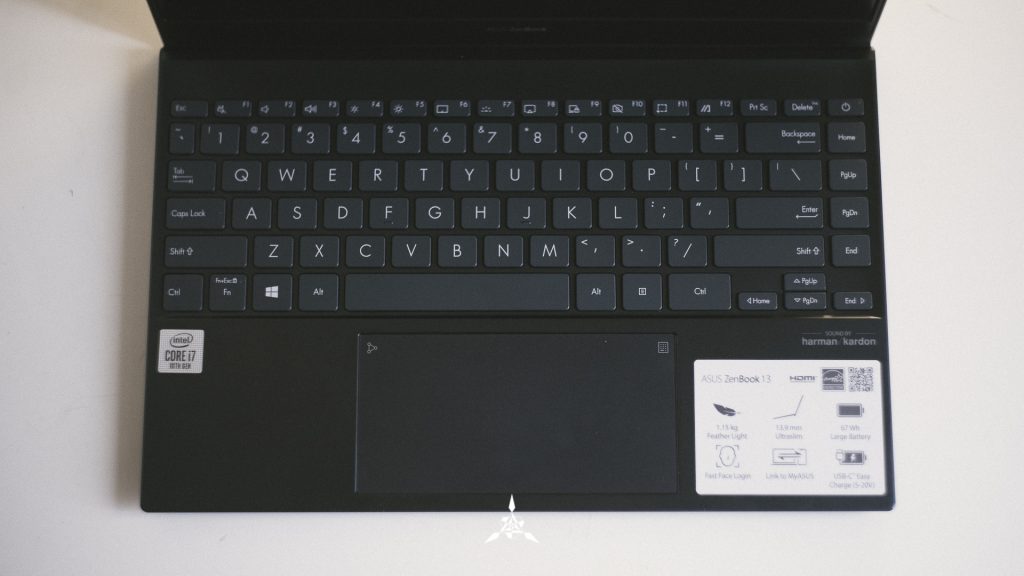 Finally, the speakers on the Zenbook 13 is tuned by Harman Kardon and it still sounds great. I still can’t come across a thin and light laptop that has a speaker as good as the Zenbook, giving ASUS the leader in including a good speaker in the laptop. So much so to a point, you’d realize that you don’t miss the Headphone jack so much. We tried Call Out My Name by The Weeknd on the speakers and the staging is amazing, but the very marginal bass can be a love-hate relationship for some. Again, for the most part, the clarity is on point.

In terms of security, the laptop uses Windows Hello IR Sensor to recognize the user and unlock the laptop – which has also improved with better accuracy and faster unlock speeds as compared to the older generation. 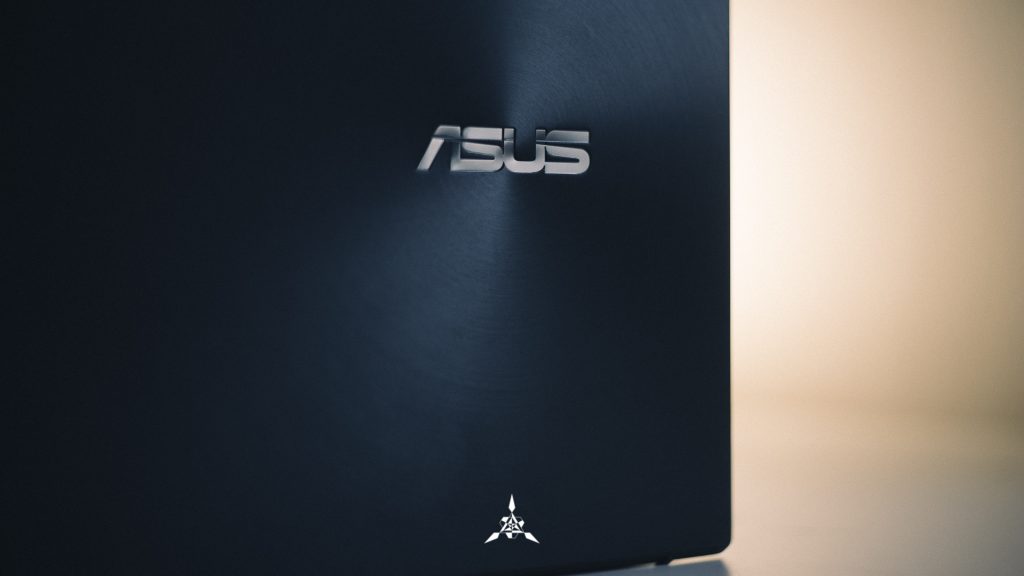 ASUS Zenbook Series has a special place in my heart for a good reason: they are light, quite the endurance based machines and a laptop that you can just throw even in a small bag and bring with you wherever you go. For the most part, the Zenbook 13 does the same and with the quirky updates like Thunderbolt Port and USB-C Charging. You can still bring them around with no dongles for your USB Drives but just for your headphones.

Priced at RM 4,699, it made for a different market of users who want a laptop with the capability to get work done on the move. But if you want a little more power, then you’ll have a better experience with the Zephyrus G14 – which you can read the review here.