The last Gigabyte laptop we ever took a look at was the AORUS 15 which in my opinion had a lot of spaces to fill as its wasn’t really a great laptop to begin with, knowing that it has some shortcomings. That said, the lineup for this year turns out to have changed for the better good and that applies for both their AERO 15 and the AORUS 15G (which the review will be coming real soon) – but before that we are going to take a look at the Aero 15 OLED in this review. 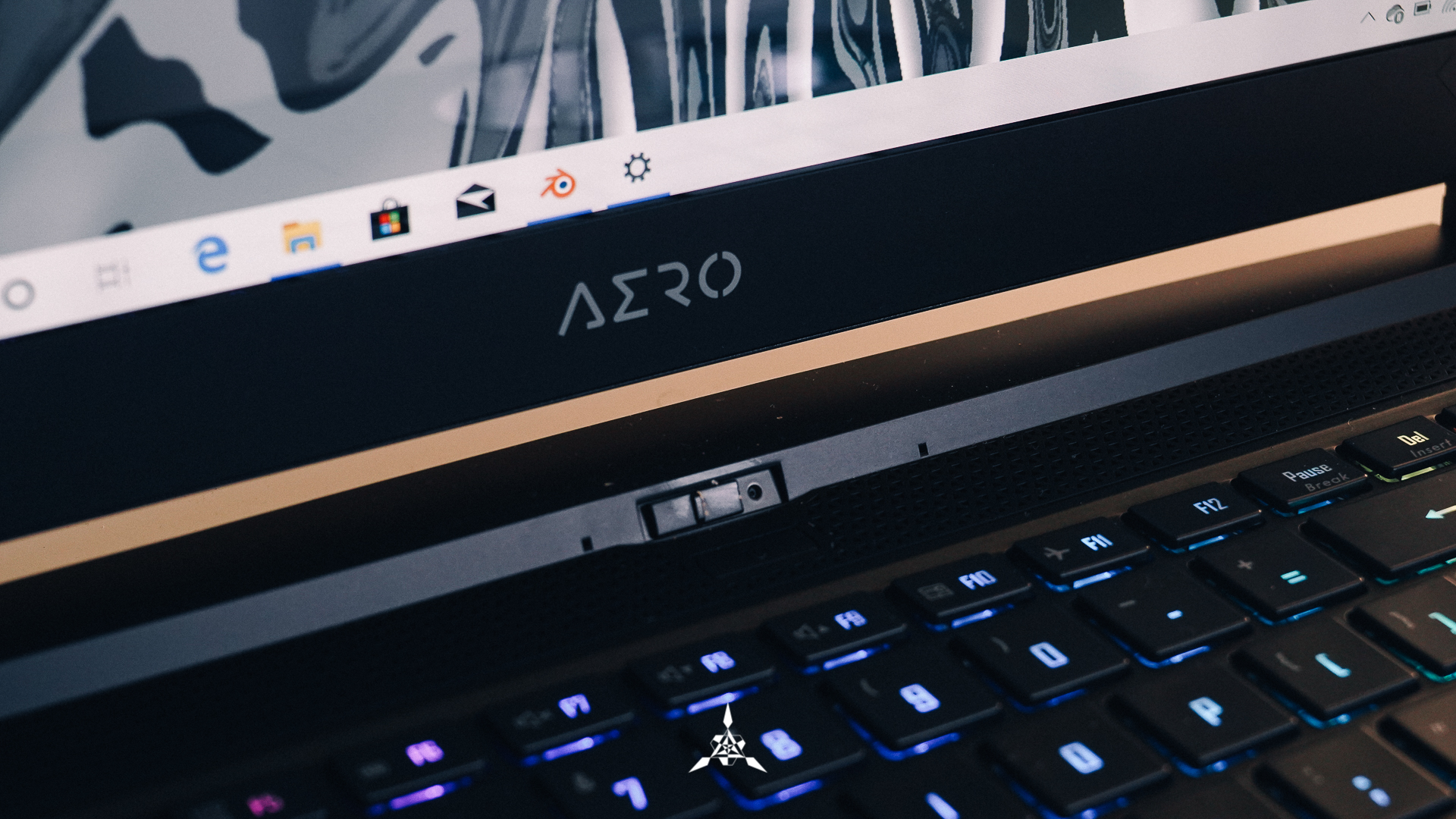 The Aero 15 has a nice design going on but funnily enough, it’s the same as its predecessor and there isn’t much change other than the AERO logo which is seen at the back of the laptop instead of the Gigabyte logo which was present in the older generations. The insides have changed and it uses the same chassis as the 15G we took a look at a while back – honestly it pretty much looks the same – with the same keyboard layout, the mesh grill on top where the power button is located and a camera with a shutter on the bottom as the display has no cameras at all. Overall construction of this laptop is okay and users would like it better. The hinges on the laptop is a lot more solid than expected.

Probably the one and only key highlight of this laptop that would get anyone’s head turned – it’s the display because it uses a 15” 4K OLED Panel under the hood. It has a glossy finish and there isn’t an anti-glare coating but instead has an anti-reflection coating going on. With that comes the VESA Display HDR400 rating. This is one of the best displays I’ve seen so far and in my opinion – it has a lot going on for it. Since its meant for users who want to take their pro tool use seriously, they made this particular laptop target that particular audience, making it a worthy of a display. It also comes with 100% DCI-P3 color gamut and a X-rite Pantone Certification, to prove that the Aero 15 OLED display is good to use for editing work and color correction of that caliber.

As for the specification, the laptop comes with the following treatment:

It is quite the beefy specification we have right there. For the most part, the performance is as what you’d expect with some impressive multitasking and sorts. That said, editing on this laptop was fun to do so as the color calibrated display offered a good experience along side with the specification it was paired with. So, my work involves using Premiere Pro, Lightroom for ProCreation and a little bit of gaming that is. But thing is gaming on this laptop – has its own pros and cons. Like for one, the colors and everything look great but since it isn’t an adaptive refresh rate display nor a high refresh display, the experience wouldn’t be as quite as youd expect – for that you might want to turn your heads to the AORUS 15G.

You can check all the benchmark scores screenshots below. 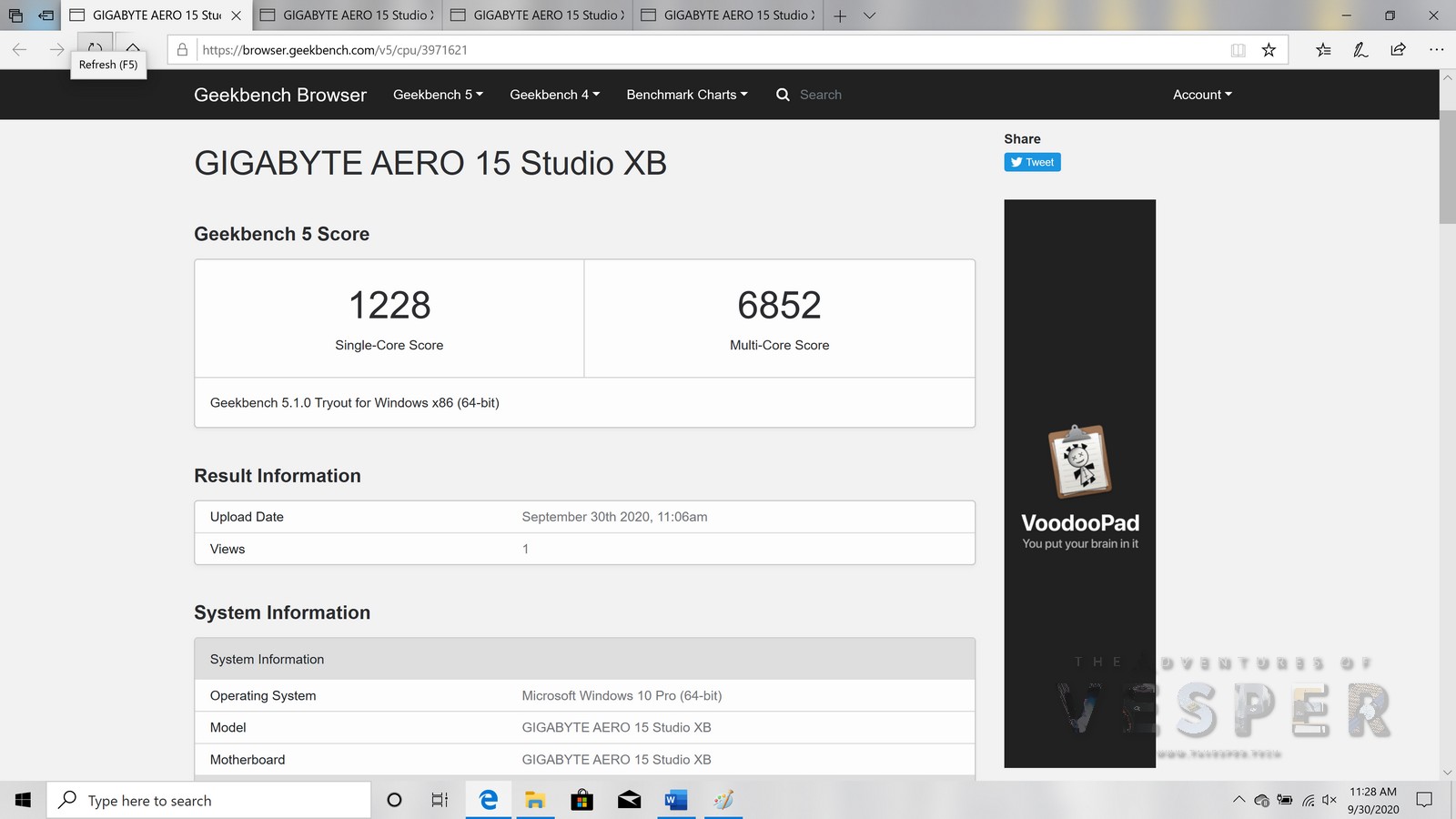 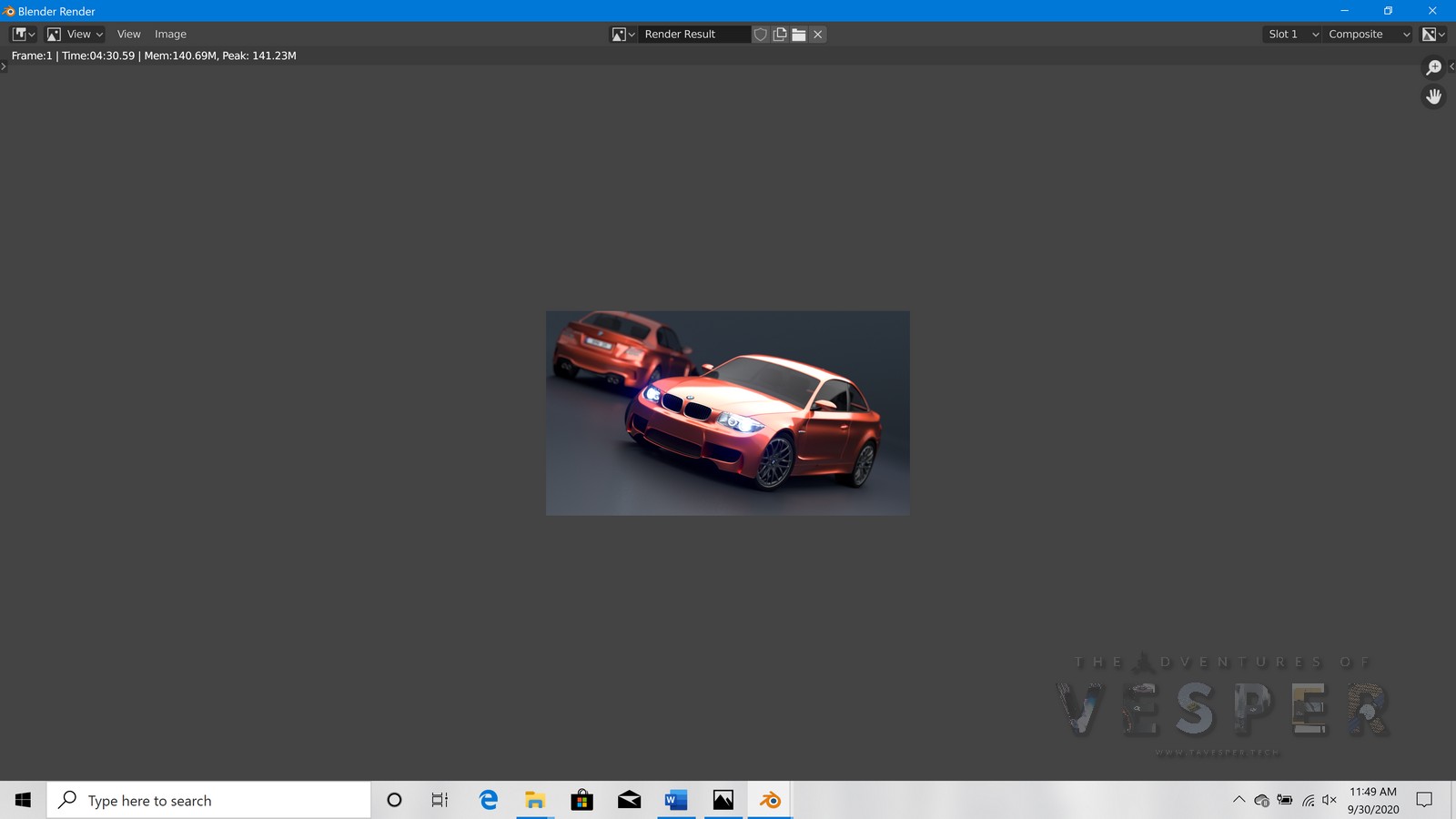 The laptop houses a 94Wh battery under the hood for it to last long hours and during my time testing this laptop in a modern office condition, it lasted about 5 hours 37 minutes. As for doing some editing work which does require the CPU and the GPU’s core performance, it lasted about 1 hour 54 minutes which is decent but it behaves pretty much like any gaming laptop you’d expect or find in today’s market.

The laptop comes with a full-sized keyboard with a decent layout and every key you see on the keyboard is pretty square in shape. The arrow keys are decently sized and it it has a chiclet style keytravel. Its nice to type on and comes with per-key RGB. But for some odd reason it took me a while to get used to the keyboard’s layout where I kept hitting the wrong letter thinking that’s the right letter. For instance, when I want to type “U”, I’d end up hitting “I” instead.

The fingerprint is located on the trackpad which is nice and the trackpad performs alright with good control of the cursor and for the most part, gestures worked well too.

Unlike other laptops where we can give a definite yes and a no answer, the Aero 15 OLED is a niche laptop targeted towards the pro creators out there and it begs the question on what makes it stand apart from the real Pro Creators laptop from their competitor with a Proper Pro Creator GPU such as a Quadro and you can get for the same price. But for what its worth, the Aero 15 is a good option among all these laptop – given that it has a good specification and the majestic display to go along with the laptop is kind of nice. But get ready to hear the not so nice part as this laptop cost a whopping RM11,999 – so if you can afford and you need that good performance for all that creator suites, then it’s quite a possible laptop to bring around with you.