Should you Get the Samsung Galaxy Note 20 over the Ultra? | Quick Review

If you didn’t watch or read our Note 20 Ultra 5G review, we had a lot to say about the phone but great and not so great, mainly the price behind the phone. So, we had plans to review the Note20, the smaller brethren of the Note20 Lineup – lucky for us, Samsung Malaysia was kind enough to send the device for us to make the content happen.

That said, we did take it for a spin and unlike how everyone has a negative thought on the phone, to us – it feels like an alright Note 20 and you can actually consider. So, in this stripped-down Quick Review we are going to focus on the things that the Note 20 differs from its bigger brother.

Unlike last year’s Note 10 which did have a curved display, the Note 20 gets a flat display treatment and honestly, I am fine with that because it’s a lot easier to use and maneuver with one hand use. It houses a 6.7” Super AMOLED Plus Display with an FHD+ Resolution. Curved displays do offer a nice amount of immersion but a display that niche also comes at a hefty price tag. That said, the flat display makes a lot more sense and nice to use. Coming from someone who uses a Note8, I have faced a fair share of issue with its curved display and for once it’s nice to see a non-curved Note back in the market. The display is nice to view and watching shows or any movie is as fun as you’d expect because Samsung is known for their color science behind their vibrant display on a smartphone. Some might wonder why it only has 60Hz refresh rate and honestly that doesn’t bother me too much since it’s more of a want than a need kind of feature.

You still get the Same S Pen Experience as the Ultra

One thing I like about the S Pen on both the device is that the features which we have seen on the Note 20 Ultra is not stripped or toned down on the Note 20. That means users will be able to experience everything as what you’d experience with the bigger Note and I am really happy that’s possible. So, those note taking features, being able to do some presentation on the move and the improved Samsung Notes with Voice capabilities are all found here too. If you are into the magical wand controls, you can do the Air Command as well. 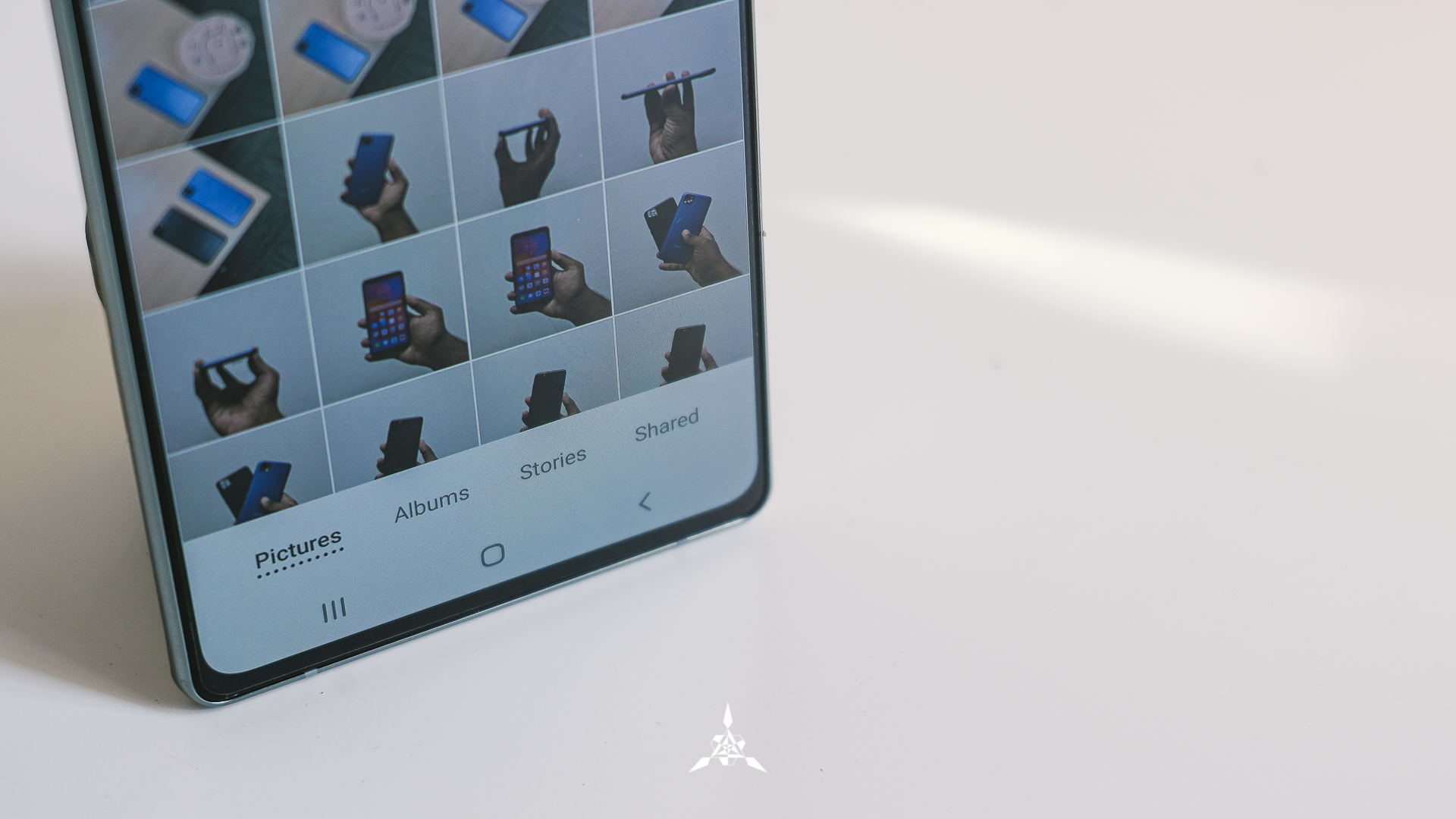 Under the hood, it has the same processor as the Note20 Ultra but there are certain aspect it’s a little toned down. You get the same Samsung Exynos 990 which is an octa-core processor coupled with 8GB RAM and 256GB Internal Storage – and for everyday use case, that’s more than enough. Just that the phone doesn’t have a microSD card, which is an absolute bummer and wish it had one. During our time using the phone as our daily driver, we faced good experience and the 8GB RAM is more than enough for anyone to multitask.

Weirdly the phone comes with two variants: 4G and 5G variant. Honestly, getting the 5G variant is a little weird and purchasing a smartphone with a feature that isn’t going to be available in Malaysia anytime soon is a bad idea. So, its best that if you go for the 4G variant. 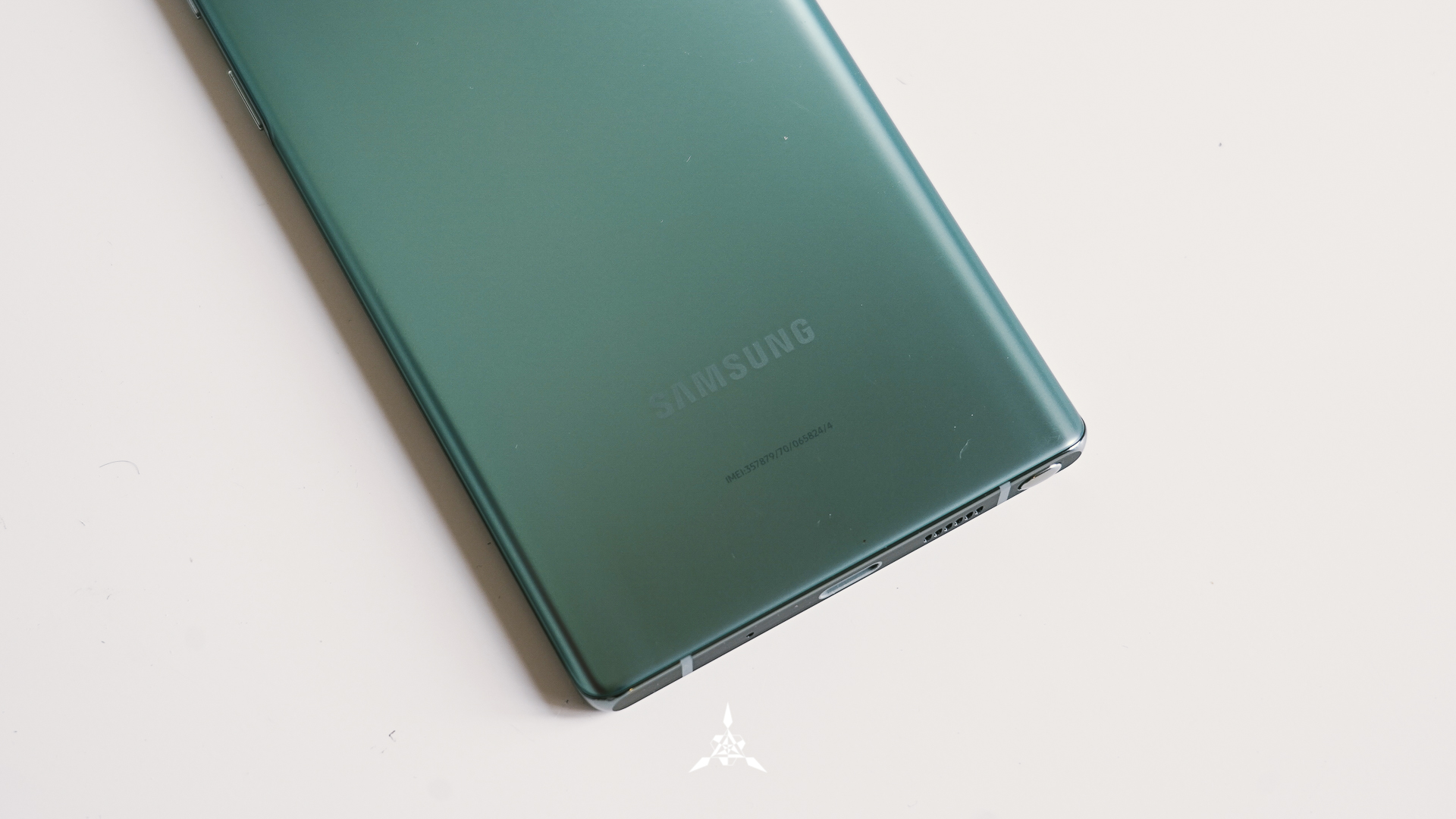 Unlike the Note 20 Ultra back, the Note 20 comes with this glasstic finish – which is a plastic based back with a frosted design. For the most part we didn’t see it coming that the phone’s back was plastic and it felt premium. If Samsung were to not say that it was plastic, we would have believed that it was Glass just like the Note20 Ultra. They have managed to replicate the similar experience one could get with the Note20 Ultra’s back glass on a polycarbonate material – this is just impressive. That said, a glass finish has a nice premium finish, but it comes at a cost and if it were to face some unfortunate events, chances are – it’s going to cost a pretty penny.

Whatever you read above is all I have to say about the Note20 but when we were done with this review, the S20 Fan Edition made its debut and our final take on this device has changed by a lot. For one, the S20 FE is said to have a Snapdragon processor instead of Exynos, which the market has been wanting for sometime and the camera system is an absolute delight and its similar in terms of the setup with the Note 20. Finally, getting such a flagship phone at a price tag that’s extremely competitive makes it an appealing option as compared to the Note20.

Even after the announcement of the Fan Edition, is the Note20 still an appealing phone?

This time around Samsung did say they are focusing on selling a good experience combined with their top of the line hardware and from that perspective – the Note20 still has its appeal to users who wants to use complete advantage of the S Pen and wants a phone for everything productivity whereas the S20 FE is meant for users who want something that’s a little peppy and giving users what they want.

But as a reviewer looking at consumers standpoint, they will compare the Note20 with the S20 FE even if it’s a totally different smartphone and will rule it down to its hardware rather than the experience that it holds. So, honestly its quite the tough position the Note20 is in. Again, if you still want to get the Note20, its an amazing smartphone money can buy, and you will have the best experience the Note series has to offer. If you don’t want the S Pen and not having it isn’t a dealbreaker then go for the FE.

What Really Changed with the Samsung Galaxy Note9?

Xiaomi unveils Mi A2 and Mi A2 Lite; Will be heading to Malaysia Soon

Nokia 6.1 and Nokia 8110 has Reached the Malaysian Shores!