Last year, the Zephyrus Duo had to be one of the laptops in the gaming industry to take a leap further in bringing multidisplay laptop on the move – it was powered by Intel but there was always a talk that what if it ran AMD Ryzen instead? Well, what do you know – not only the Zephyrus Duo 15 SE runs AMD Ryzen, but it has the Special Edition tag to it because of its all-black finish. We loved the Zephyrus G14 and I have to say it was the compact and beefiest laptop to be ever made available in the market. Now, the laptop gets a new added design and improvements for 2021. 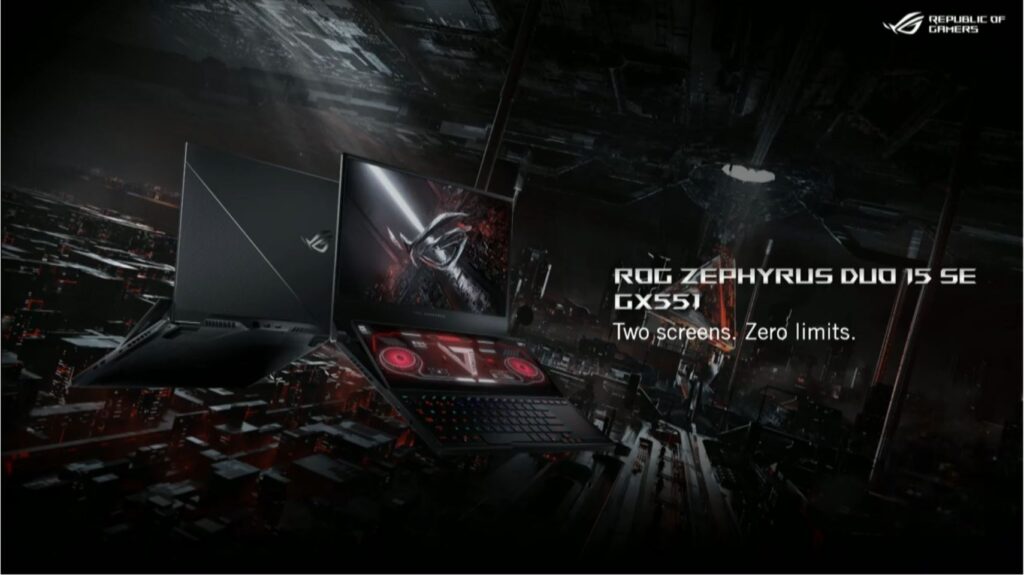 In all honestly, the Zephyrus Duo 15 SE is pretty much exactly the same Duo that we saw last year and in fact did a hands-on content on it – which you can click here to read. What it did get for a glossy and matte finish on the shell with the new ROG Design but in a rather stealthy Black to look appealing and let’s face it, its another way to differentiate the Team Blue running laptops from. The laptop still packs the same ROG ScreenPad Plus at the bottom which allows you to take advantage in various application – be it Gaming, Streaming, Content Creation or as simple as multitasking. 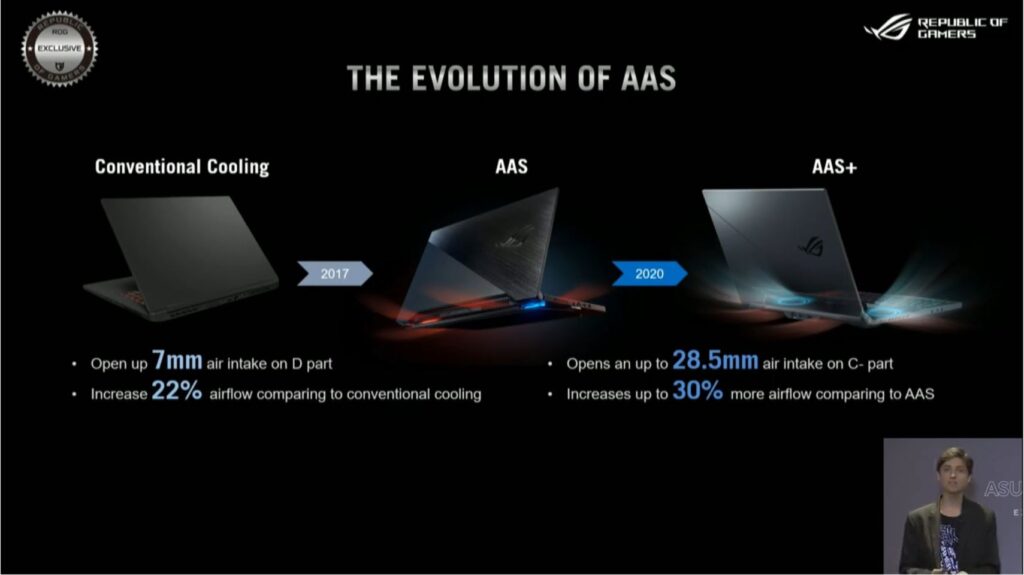 The chassis still sports the Aero Active Cooling System + which we saw last year where the laptop opens up to 28.5mm air intake on the C-part and that 30% opening gives much better cooling as the AAS we saw in older Zephyrus laptops. 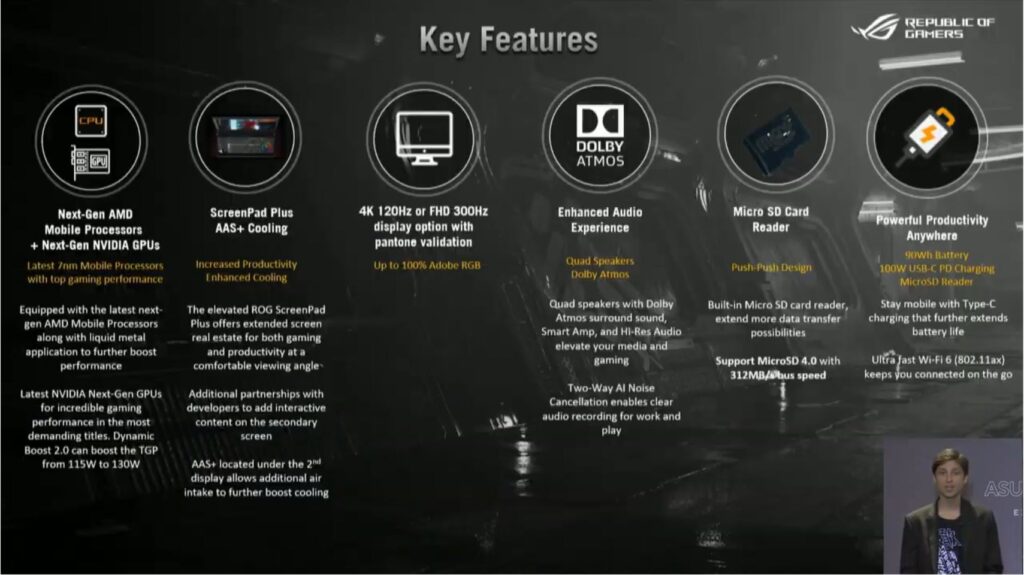 As for the rest of the laptop – it powers the latest AMD Ryzen Processor coupled with NVIDIA GPU. Consumers get the choice between a 4K 120Hz display or a FHD 300Hz display for their laptop but either way it covers 100% Adobe RGB Color Space. The speakers in the machine are Dolby Atmos Certified and you will enjoy the audio coming out of it. Finally, to go with today’s standards – we get the Wi-Fi 6 for better connectivity and most importantly, a 100Wh USB-C PD Charging capability. 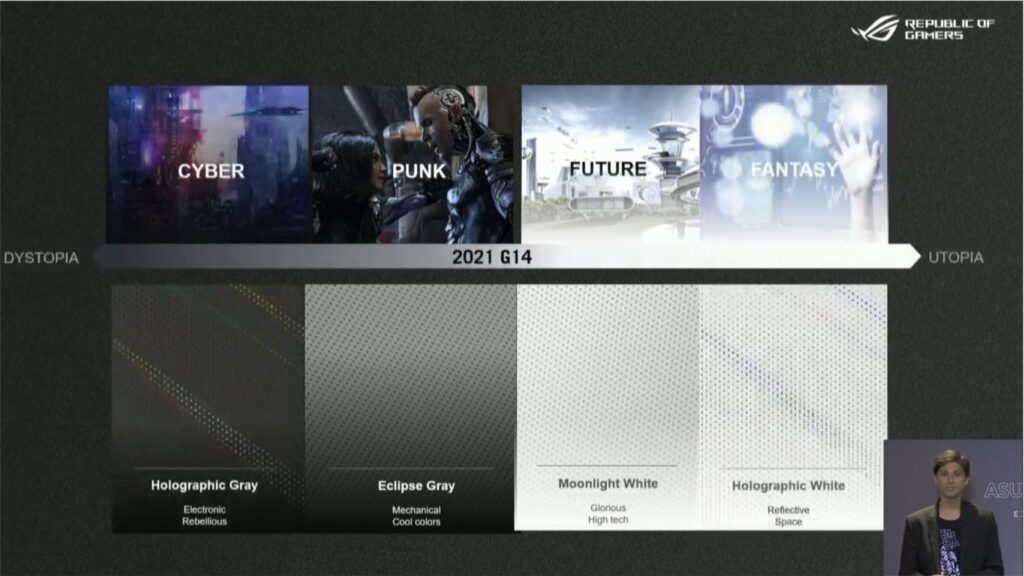 The laptop has an improved or rather a new color way finish to the existing lineup called the Prismatic Finish where it gives an holo-like look and shifts color from different view. It’s done with a new process where the stamper rolls the pattern across the film to create that look. Now the Anime Matrix takes the customizability to a whole another level, including a new virtual assistant and a low power mode. 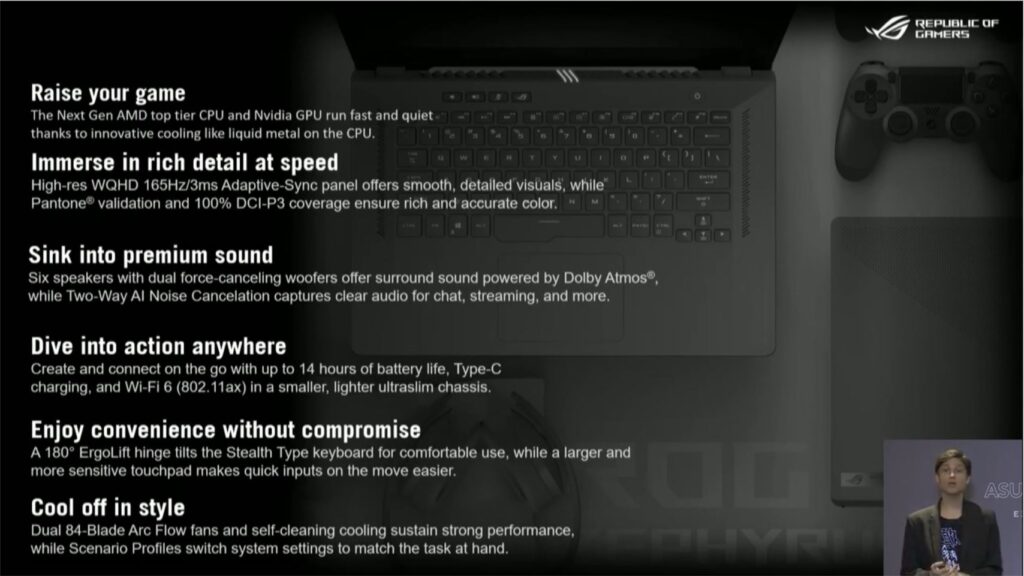 As for the rest the laptop remains to be the same G14 we saw and reviewed last year. Under the hood it did get the spec bump to make it better though – A new AMD Processor and NVIDIA RTX 30 Series GPU under the hood. 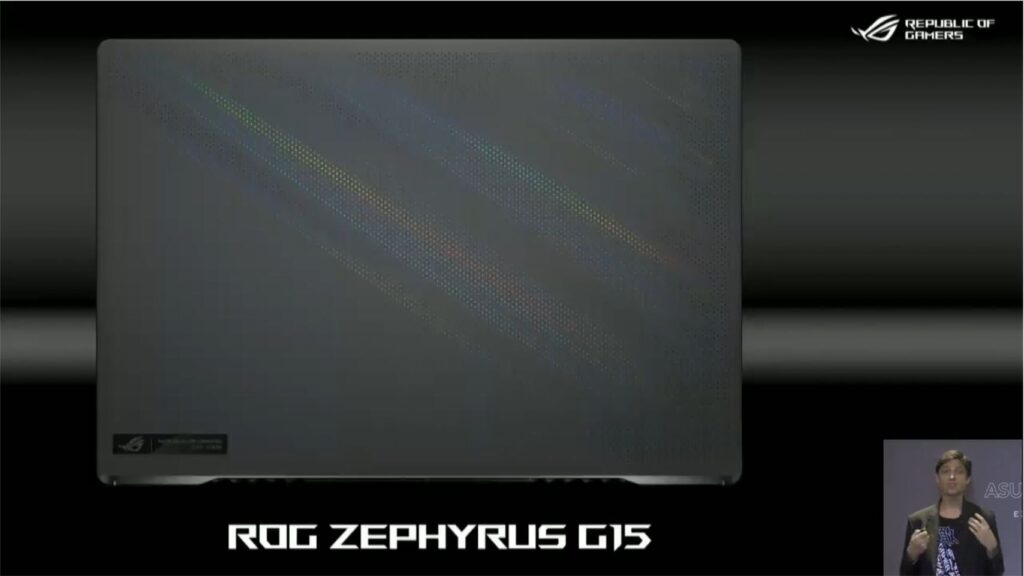 The Zephyrus G15 gets a new white color laptop unlike last year where it was only available in the grayish black. It also gets a unique styled LED Indicator inspired by the super cars. Subtle, but nice. As for the weight of the G15, it is decreased from 2.1kg to 1.9kg and just like the Strix laptop we saw, it also got a bigger 85% screen-to-body ratio – and houses a 165Hz DCI-P3 Display with 300nits brightness and has been validated by Pantone. 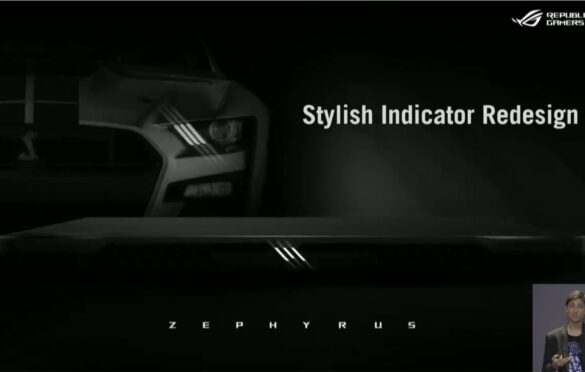 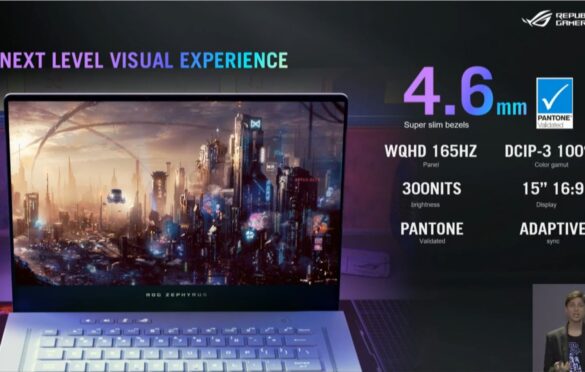 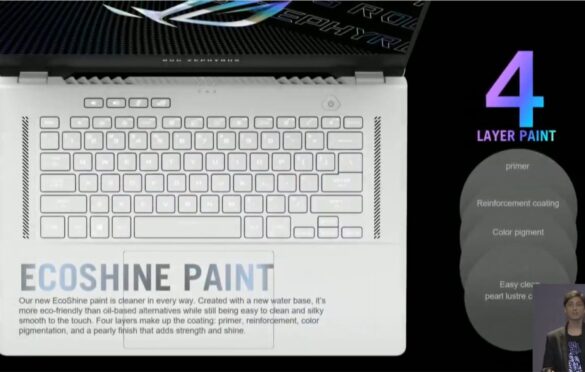 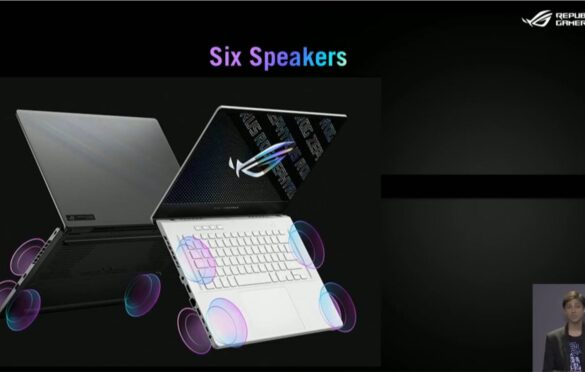 The trackpad gets 20% more area for better tracking usability. As for the finishing, it gets the same treatment as the G15 and under the hood it does pack a little punch – better 6 speakers for good sounding experience, that includes a dual-force cancelling woofers and a 3D Mic Array for 2-way Noise Cancelling and more. Sadly, there isn’t a camera in it.

CES 2021: ASUS TUF DASH F15 is the Intel Version of the ROG G14 without the Anime Matrix

The Story behind Asus ROG Phone: Design and Build