When ASUS went about to announce the new ROG Phone way too early, personally, I went – the ROG Phone 3 isn’t even that old. But they did it, announced the successor earlier and not just that, it came in two different variants – the normal ROG Phone 5 which we are reviewing here and the Pro variant which is kind of missing in action in Malaysia and still on pre-order but we are going to talk about the ROG Phone 5 and tell you that, to have a good experience with gaming phones, you don’t need anymore than the ROG Phone 5 and here’s why.

Physically, the ROG Phone 5 isn’t any different from its predecessor with the same curves and honestly, with a lot of the same design language going on except for one or two like back which now comes in white which we have here and a love we personally dig and reminds us of the Zephyrus G14 in white. But on the front where the display seems to be the same, actually gets a slight spec bump. 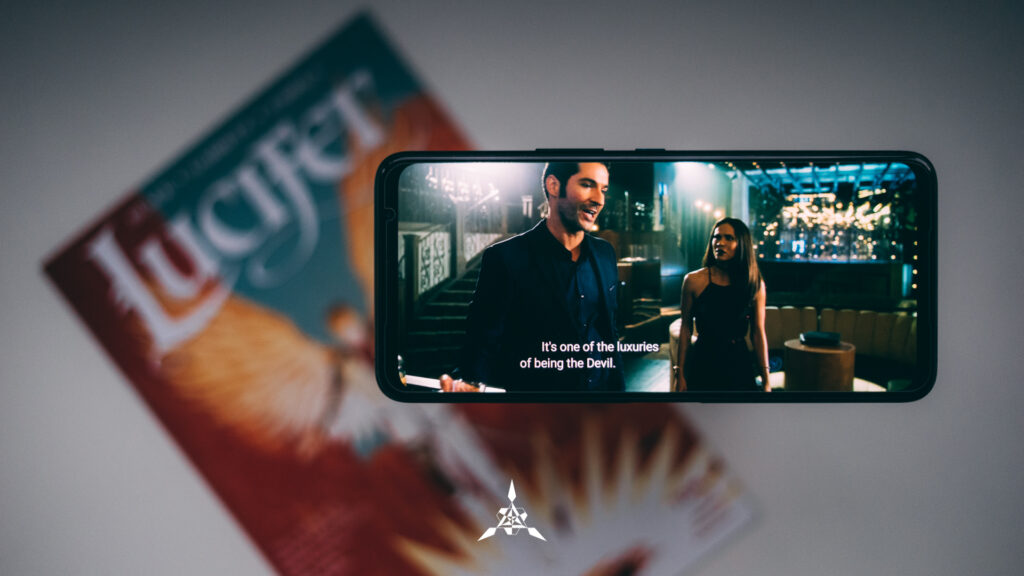 The peak nit brightness on the display now hits 1200 nits which is crazy bright as compared to the 650 with the ROG Phone 3, a very slightly higher pixels per inch, now covered in a better Gorilla Glass Victus to have that tough build (but seriously under pressure any glass can crack, including Victus) and finally, as always its still the phone to have a higher refresh rate as compared to any other phones we are aware of. Now these aren’t just gamer-esque features to be frank, if you are anything like me that actually doesn’t play games on phone, you are going to enjoy this phone just as much as I did. Sure, the display does appear to be bland. But launch a show on Netflix or Prime Video, you get some good color experience and if you aren’t fan of the colors right outside of the box, under the Splendid mode you can set it to what you prefer. 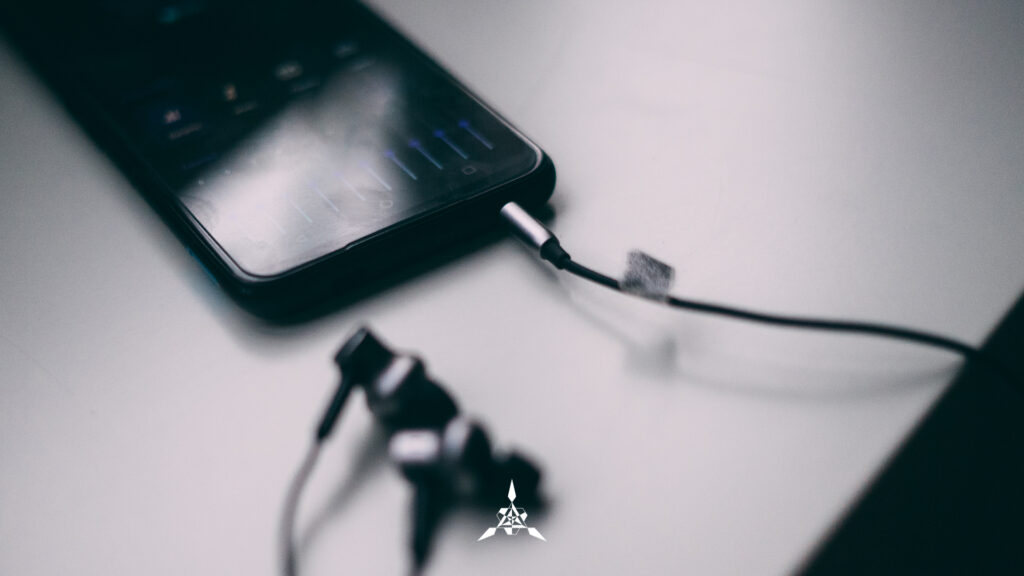 This is quite the shocking return to be honest, and the surprise doesn’t just stop with the ROG Phone 5, it goes further with the Zenfone 8 too (not the Zenfone 8 Flip, btw). The phone bringing back the headphone jack only goes to show and prove that it was a big mistake removing in the ROG Phone 3 – although there was a workaround where you can leave the AeroActive cooler on all the time which comes included in the box, but it does add that extra bulk. But having said that, knowing that a Headphone jack is really on the phone instead of some accessory is definitely a relief and it definitely makes users happy.

Personally right, I was fine with not having the headphone jack on the ROG Phone 3 and it didn’t seem like a big deal because it had 2 USB C ports and I could always hook up my wired headphones with a 3.5mm USB C Dongle and still charge the phone at the same time. So, I don’t know about you but yeah. I guess since the AeroActive cooler is no longer included, they might have chosen to just add the headphone jack. ¯\_(ツ)_/¯

The ROG Phone 5 battery standards have been improved with a new 6000mAh battery that comes in a dual-battery design – so if you do open the backup, you’ll notice 2x 3000mAh battery instead of 1 whole 6000mAh battery. This particular battery can be charged with a 65-Watt HyperCharge Adapter that boosts the battery real fast. One of the things that deserves credit is how ASUS takes battery care seriously on their phones, and this one is no exception with features where you can prolong the battery charging and stretch it throughout the night so that the battery isn’t ruined in the long run.

If there’s one thing, I wouldn’t worry about the ROG Phone 5, that’s the performance because since the first generation we have noticed that the ROG Phone 5 has been getting the better binned processors with higher clock speed equipped under the hood and this one is still fast as ever. The Qualcomm Snapdragon 888 is powerful enough to take anything you throw at it. Interestingly, the ROG Phone 5 comes in so many choices of RAM configuration up to 16GB which is in our opinion, overkill for a smartphone – and during our time reviewing the ROG Phone 5, which we have at hand is the 8GB variant, put up a good show as how the other higher tier ROG Phones behave.

Games aside, throw in whatever editing application that’s intense, this little puppy can handle it playfully.

One thing I truly never used after the review span is the Ultrasonic triggers, and that was the case on the ROG Phone 3 where I turned it off for the on-screen control and my personal ROG Phone 1 which was simply hard to get used to. This ROG Phone 5 finally comes through with a better Ultrasonic Trigger, the best one yet really. This time around, it gets a much responsive hardware where you can now program it to tap which allows you to set to just one action or split the trigger to multiple button (up to 2) through Dual partition buttons, Swipe, Slide and this applies to both the triggers.

So, you can have anywhere from 2 to up to 4 buttons within the same ultrasonic Trigger and is it responsive? Yes, and way better than its predecessors. There are other controls like Motion Control and if you do purchase the AeroActive Cooler for the ROG Phone 5, well, the cooler gives you extra 2 buttons for you to program to whatever you want.

I’ll repeat this as many times as I want because it is the truth – the ROG Phone 5 is literally the cleanest vanilla gaming phone you’ll ever find in the market. The phone runs on a slightly modified pure android software with a little dash of ASUS’s feature to go along with the ROG Phone 5 like the Armory Crate and in the settings for a little nitty gritty feature. But nonetheless, right out of the bat, its one of the few cleanest smartphones I’ve used, ranking next to Sony in my list of clean smartphones.

Now yes, you do have a little bit of customization to bring out the Big Gaming Energy out of this phone – through themes, Live wallpaper, the “squeeze” to launch X Mode and animated interface and the gamer icons but right before you finish setting up for the first time, it will ask you which one you prefer, so, users don’t feel it like its right in their face – that is a good move. Because as someone who prefer a clean professional look, I am glad this feature exist.

ROG Phone 3 and 5 are essentially the same

Regardless of the improvements we mentioned above, the ROG Phone 3 and 5 are more or less the same. Now this is for those who are tempted to upgrade their 3 and skip to the 5 (There’s no 4 by the way, because its an unlucky number in Chinese). If you are thinking of upgrading, here’s why we don’t think it’s a clever idea.

At the start of this review, we mentioned how it feels the same as the ROG Phone 3 and the upgrades are incremental and that’s exactly the reason why we don’t recommend upgrading. The display upgrades are very incremental, with the refresh rates being the same and most of the other stuff, its still has a 6000mAh battery not split into 3000mah of course but its still a huge battery for you to enjoy, the same amazing speakers both the 3 and 5 excels in every way possible. 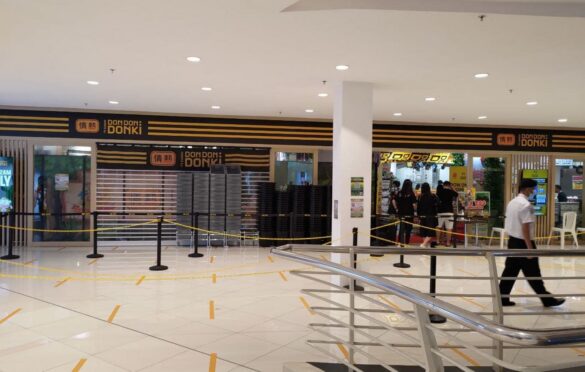 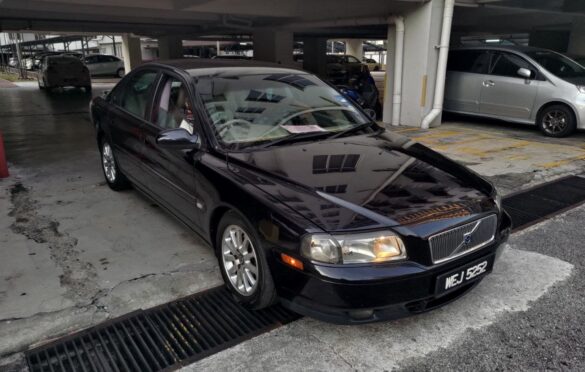 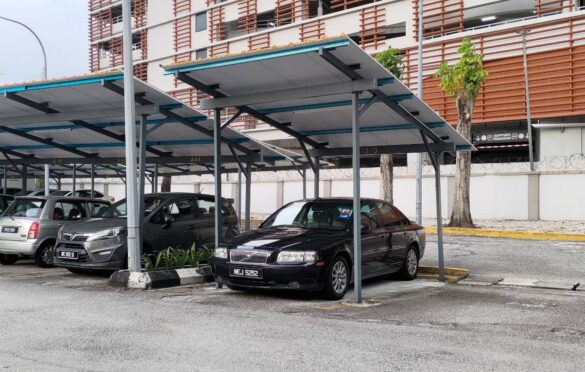 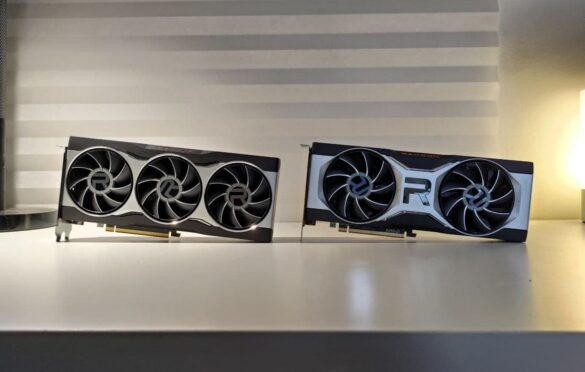 The cameras are same too so – expect little improvements and I still think it takes okay picture for a gaming phone as compared to brands that tend to slap a reputable logo or something claiming to perform better.

This one hits hard and I mean really hard. The reason to this as to why it doesn’t support is because the ROG Phone, 2 and 3 uses 2x USB-C interface on the side to take advantage of the accessories – so you could dock it to the desktop dock, pretty much do whatever you want. But the ROG Phone 5 ditches one of the side USB-C port for a POGO Pin based connector and that means, extremely limited option of accessories. There are no ROG Mobile Desktop Dock, TwinView Dock 3 (one of my personal favorites really) is no longer available for the ROG Phone 5.

Hot stuff, so Get the Aeroactive Cooler

Speaking of the AeroActive Cooler right, since you are planning to game on it – buy it while you are at it, not because it has extra triggers – because you will need it due to the fact that the Snapdragon 888 is one hot processor when it loads up games and I mean it. We played Asphalt 8, Genshin Impact to see how hot it can get, and it took about 25 minutes or so to get hot. The phone still has the VaporChamber Cooling technology but knowing the fact that the SD 888 is a powerful processor, you best bet it comes with temperature that’s pretty hot to handle.

Should you buy the ROG Phone 5 then?

This is a tricky question but I’ll make it as simple as I can – if you are like me who is coming from the original ROG Phone or the ROG Phone 2, or let alone from other Gaming smartphone like the Black Shark, well, it’s a good upgrade and a good experience for those who come from other gaming phone and one to have really because when you realize that a clean vanilla gaming smartphone with essential feature exist, it’s nice.

But if you are coming from the ROG Phone 3, don’t. You still have one of the best smartphones ASUS ever made in your pocket, that still supports a lot of accessories and honestly, just a really good phone – I wouldn’t change if I still have the ROG Phone 3, which I still do.

The ROG Phone definitely paved the way to what we have today, the gaming smartphone market and rather than throwing things that consumers aren’t going to use, ASUS decided to improve upon generation after generation to this very moment, which is the ROG Phone 5. This is as perfect a gaming smartphone can get. The Gaming phone that’s as perfect a phone YOU can get. I don’t think there’s a reason to get the Ultimate to get the gaming experience, and the fact that this RM 2,999 smartphone gave an enjoyable experience all in all, shows that you can get any variant and still have the best experience possible.

I do hope sometime in the future we can see with the upcoming ROG Phone. Which also begs the question, will there be a new ROG Phone to be seen later this year now that this ROG Phone 5 made its debut way earlier as compared to the fixed time frame in June for the past three years? There’s already rumor about a new ROG Phone 5 successor, called 5S but we don’t have any information for now and all we can do is wait and see where this goes. Only time will tell.