COVID (Coronavirus) has complicated our livelihood globally across the seven seas, with airborne disease increasing mortality by the second. But, thanks to pharmaceutical companies and technological advancements, we have been fortunate enough to get vaccinated. But despite the vaccination, preventive measures are crucial because even vaccinated individuals can get contacted. Masks have become a part of our lives to a point its essential as soon as we step out of the house. LG decided to bring tech and health together and, in this LG PuriCare Wearable Air Purifier Review, we are going to share our experience and if you should get one. 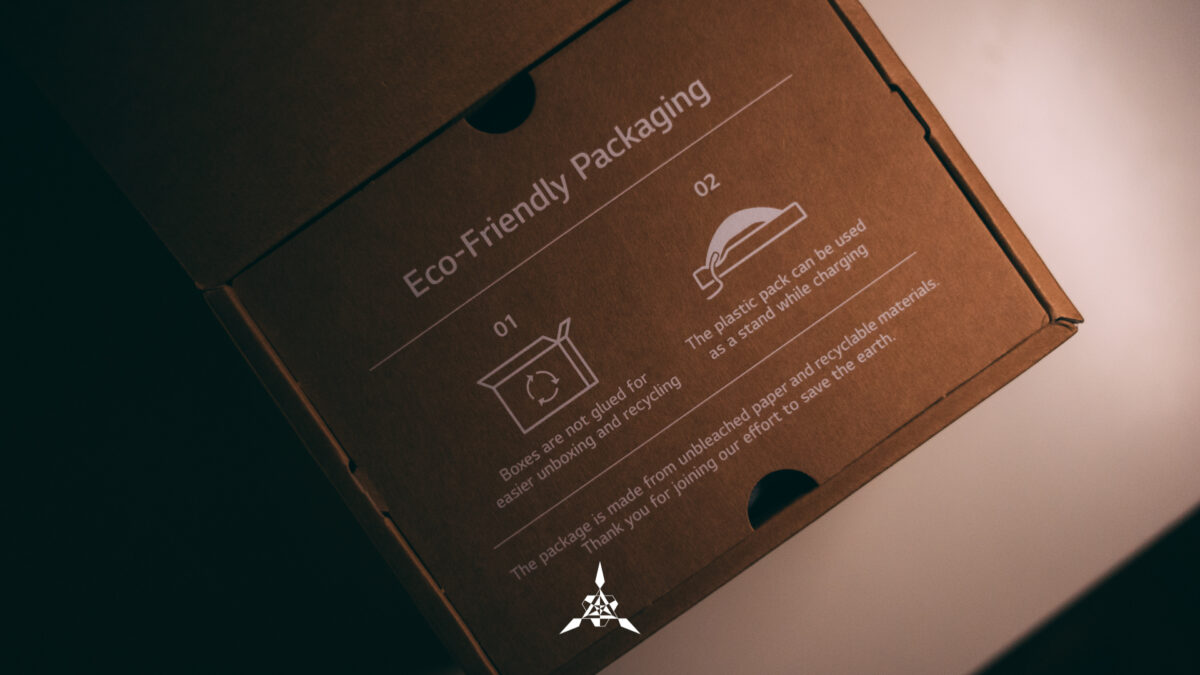 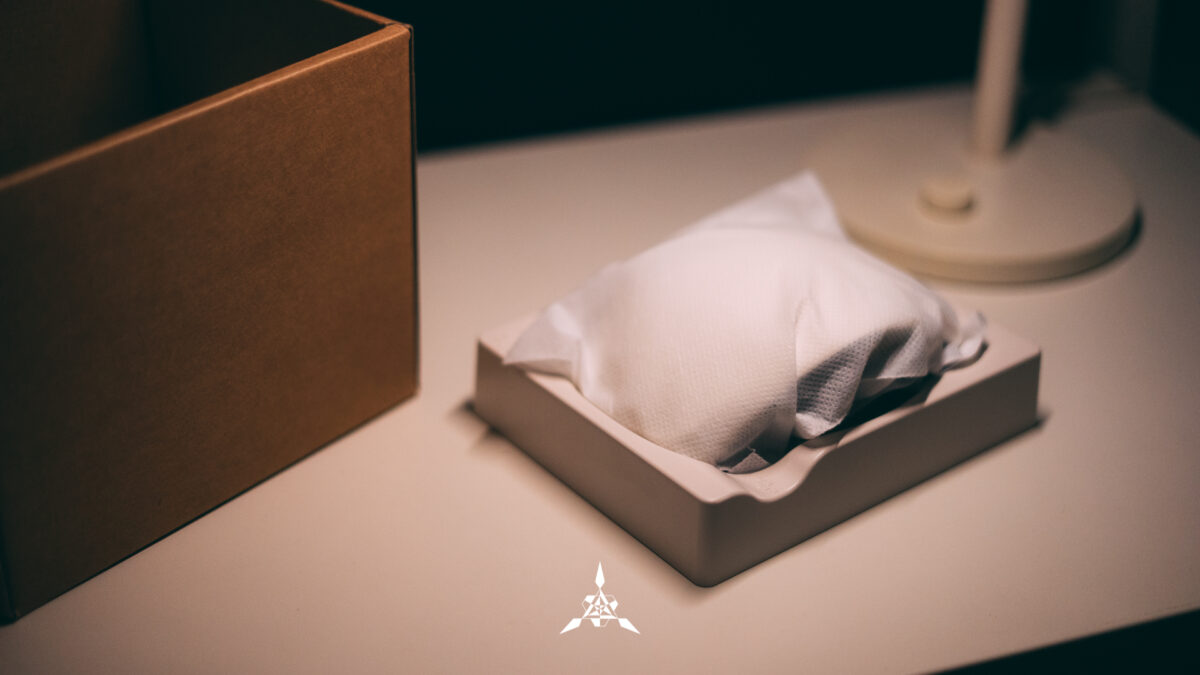 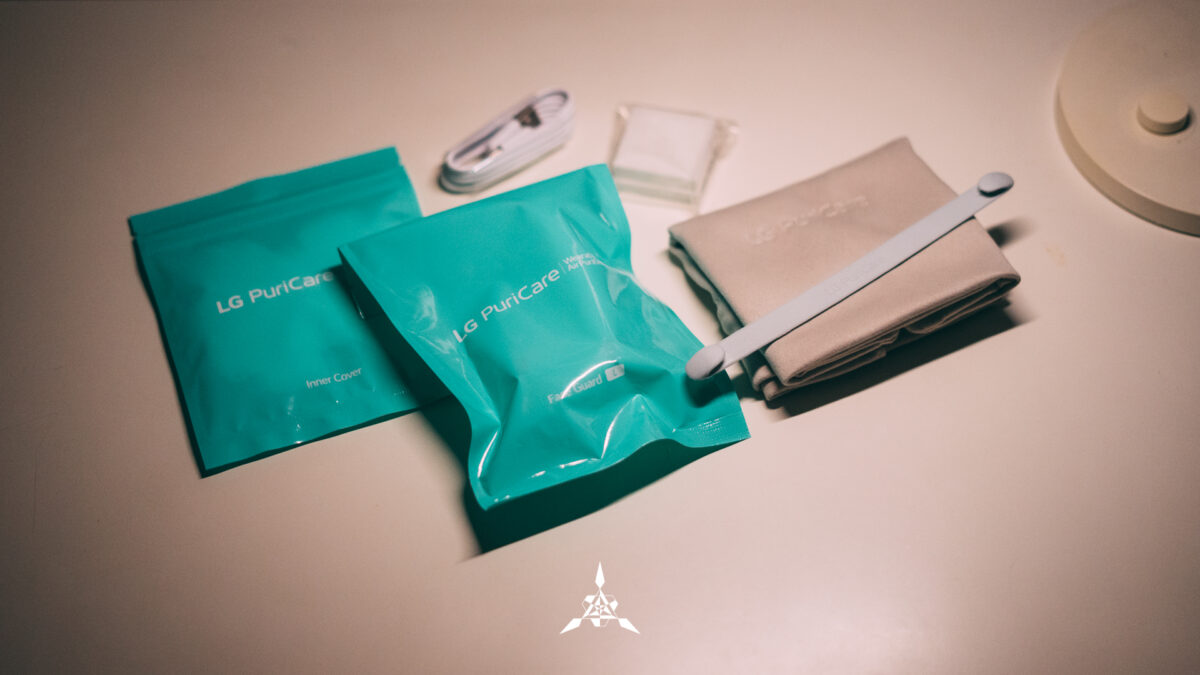 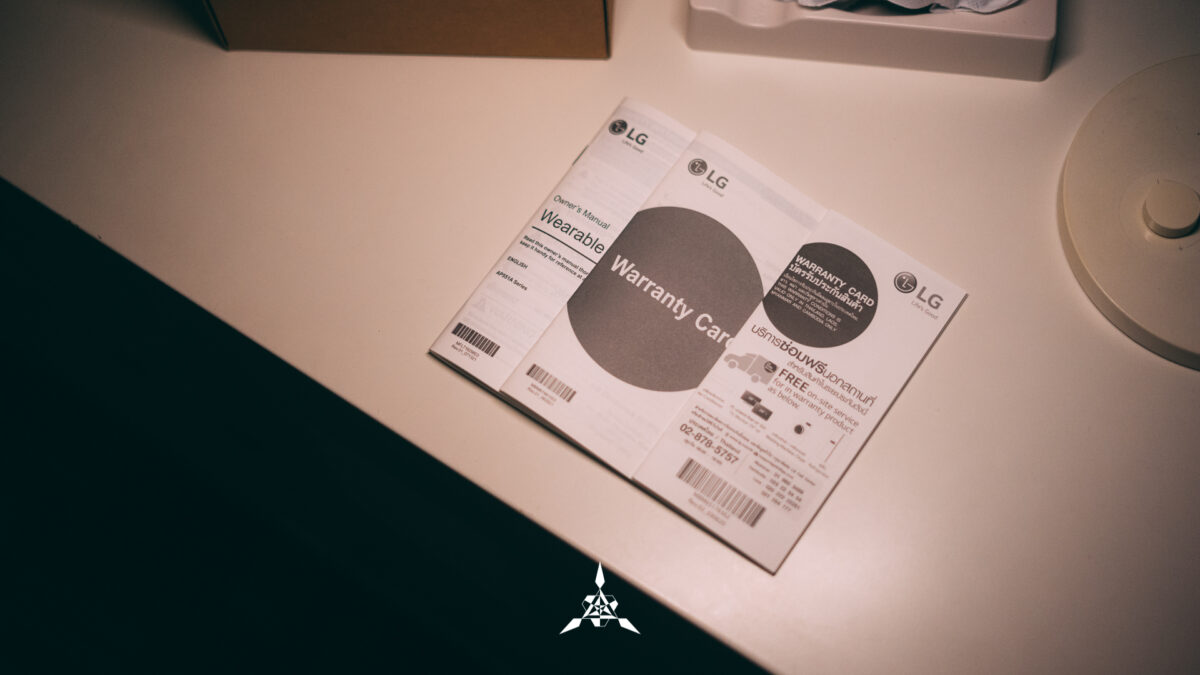 It comes with a Face Guard that seals our nose and mouth to the mask but unfortunately, if you need a smaller M size, you will have to purchase it separately. You can wear it around your ears for support like you do with normal mask, but it does come with a strap extender which I’d totally recommend using, because despite the light weight, you will feel a little tiring especially wearing it for a whole day. As for the rest, it’s a cool looking mark and quite the head turner. The moment people on the road see you with one of these, they suddenly become surprised and even to a point where some came up to me, asked where I could get one.

What’s Inside the Box

Inside the box, you get the following with your LG PuriCare Wearable Air Purifier, which is pretty good enough to get things up and running after you purchase them:

As for now, the LG PuriCare Wearable Air Purifier only comes in White color which is kind of a bummer as I was very much interested in the Black color. But hopefully they bring in later.

It’s not a Facemask but an Air Purifier

Most of the consumers, tend to get confused and immediately call this a Face mask but in reality, it is an air purifier. Unlike a facemask which we use on a day-to-day basis, the LG PuriCare Wearable Air Purifier uses two different filters to purify the air you inhale – and it does it with the help of the H13 HEPA Filters and the Inner Cover.

Difference between HEPA and PM2.5 Filters

A normal mask with PM2.5 filters – as the name suggests, filters the air but doesn’t purify the mask and generally the surgical masks we wear come with 3-ply materials where the filter is in the middle which captures all the particle. It also acts as a barrier to protect particle from the outside to enter the airway and prevent particle created by us such as droplets and so on into the air.

These LG PuriCare Wearable Air Purifier have a proper HEPA filter, just like what you’d see in an Air Purifier like the Dyson PureCool we reviewed a long while back. HEPA filter is basically a pleated mechanical air filter that captures 99.97% of air borne particle with sizes like 0.3 microns. These filters are generally more effective and resides in an air purifier for a good reason – to give clean air to the environment.

So, when LG engineered these HEPA filters into a Wearable device, you don’t need humongous filter because the range it covers is very short and close – which is your nose and mouth. In cases like these, there’s no reason to have a CADR score either, which is a testing methodology to give score that allows you to get an idea of how much square feet of air it can purify because once again, the only area its going to cover are your nose and mouth.

Now there are many HEPA filters to choose from, but LG went for H13 which is the medical-grade air filter and makes total sense in this case. But in reality, right, super hard to breathe which I will talk about in the comfort and experience aspect of things. 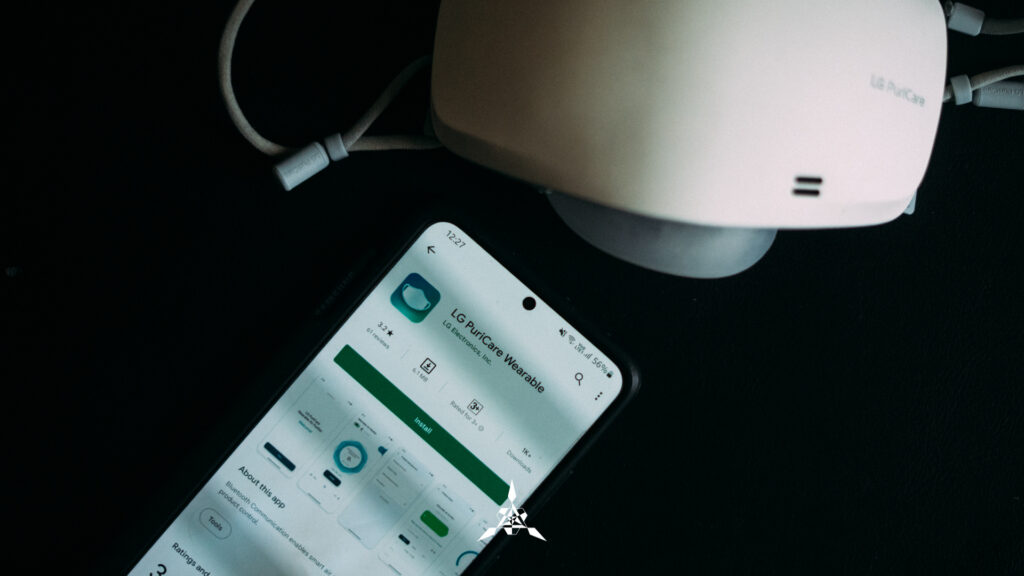 From a technological standpoint, the LG PuriCare Wearable Air Purifier nails some features right and some not so much due to its unavailability at the time of release – and that’s the app support which it does have and connects to your phone via Bluetooth. So, for now we are going to cover the features that’s available right out of the box and we will do a follow up content – so make sure to click here to stay updated. 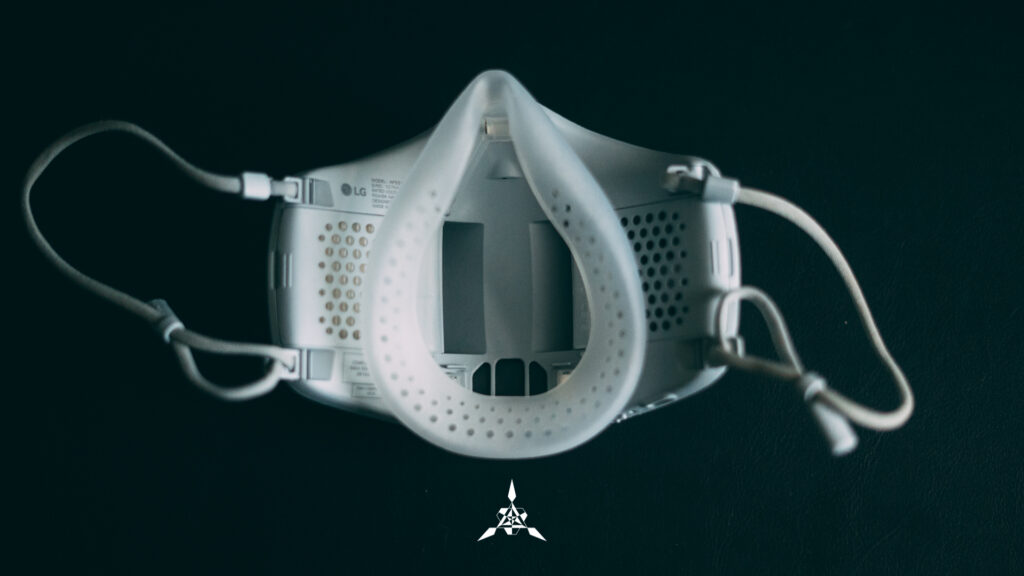 There are two things in terms of tech that runs in this particular LG PuriCare Wearable Air Purifier – the first one is the Air Purification system. As I mentioned earlier, HEPA filters are very hard to breathe into. So, to make the whole breathability better, the mask comes equipped with a Respiratory sensor that senses the breathing and kicks the Dual fan which one of each located behind the HEPA filters to circulate the air into the chamber of sorts and then into your nose/mouth. When you exhale, it then detects to reduce the stuffiness and improve ventilation.

The second tech – it’s VoiceON. This was not a feature in the first generation and LG opted in with this second generation. You know how people can’t hear us properly when we talk with our masks on. This comes with a built-in microphone inside and a microphone outside, to create a clarity and be heard. Think of it like a megaphone but fitted into the LG PuriCare Wearable Air Purifier and a lot less loud of course.

After using it for close to a month, there are some things I love, and some things need improvement with the LG PuriCare Wearable Air Purifier. For starters, over the span of a week, the fit of the Wearable Air Purifier did give an unpleasant experience wearing it around the ear with the strap and I wore the mask from morning all the way till evening. Which is pretty much little over 10+ hours. So, adding the extender for the mask strap, made life better as the support for it was no longer on the ear but at the back of my head. Everything after that was just okay in the fit and finish department and we totally would recommend using it with the extender.

The buttons to turn on and charge via USB-C are straightforward. It’s located at the bottom and easy to access. Once you hear the beep as you press and hold, it means it’s turned on/off. Now charging this with USB-C is nice but there’s a UVNano case it seems that uses UV to disinfect the mask but unfortunately LG Malaysia didn’t provide us – so we don’t know how it performs. But given that it charges via USB-C means that you can just hook it to your power bank to charge while you are in the car and get some more hours as you leave your car. 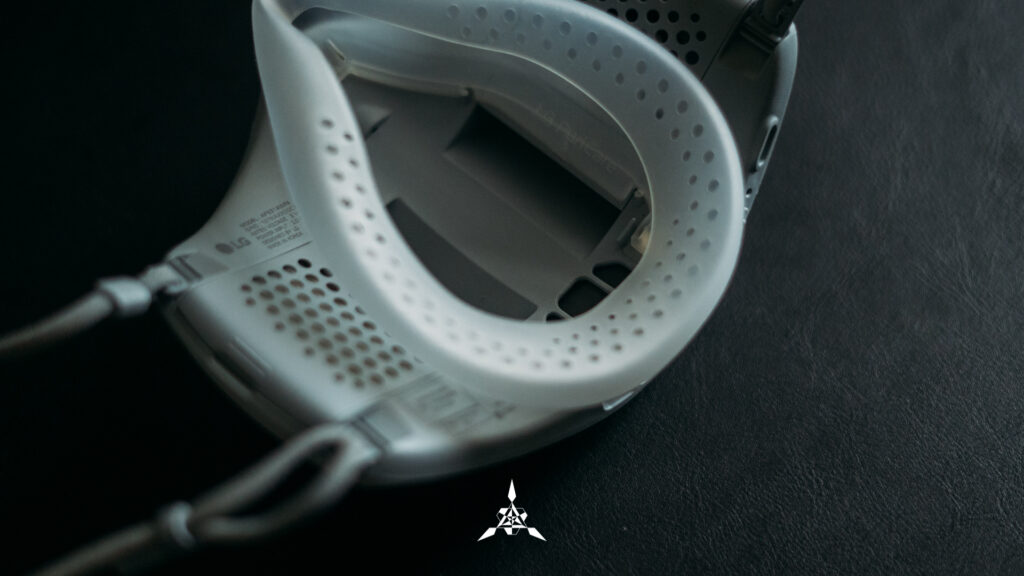 Once you start using them, there isn’t much to say or comment about because it works nicely and there isn’t much to tinker around making it easier for consumers who find tech a little too overwhelming. Day in day out, breathing in this Wearable Air Purifier was a challenge and if it wasn’t for the Dual Fans, I would be catching for breath even longer than I would have. As funny as that sound right now, it wasn’t when I was climbing 5 floors on stairs.

It’s a way to say that the HEPA filters are doing its job. There were times where I did switch to my trusty 4-ply face mask I keep as backup in my backpack, but it was usually when the battery is over really. It lasts about 2 days, roughly which is decent but its better to charge the 1000mAh battery over the night, whenever the red light starts blinking.

You will have to change the Inner cover every day and the included 15 pieces doesn’t cut it. So, it’s better you buy a box of those Inner covers when you pick these mask up. Not just that, LG recommends changing the H13 HEPA filter every month as well, which makes sense as its pretty small and does quite the intensive work to purify the air. But as soon as you factor that in – replacing every month on top of replacing the Inner cover, raises some after purchase maintenance and expense.

After Purchase Maintenance and Expenses

After looking at Shopee and Lazada, there aren’t many stores that carry the replacement H13 HEPA Filters, let alone the Inner Cover. In fact, we only came across only one store. The replacement parts like Strap Extender and Face Guard are also a little harder to find than I expected. But even if you do, the H13 HEPA filter cost roughly around RM 50 and the Inner Cover too cost roughly about RM 50. 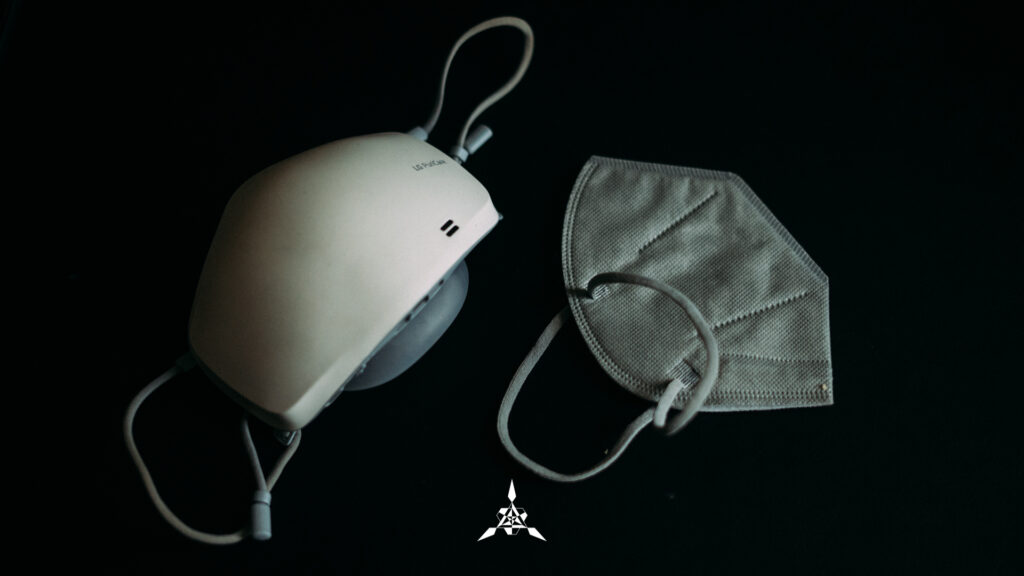 Now it brings to the question: despite all that hassle, to get the replacement parts, spending every month roughly about RM 100 which normal consumers would compare that to a surgical grade face mask like the Neutrovis 4-ply that comes with 50 pieces in a box which cost about RM 30 – is the LG PuriCare Wearable Air Purifier worth the justification to pay that premium for the mask and replacement parts, given you can get them?

By the way, this is an unjustifiable comparison as it’s an apple to orange comparison, but this is what general consumers and friends around me asked as I was wearing it.

Okay, here goes. As a medical student myself, who is about to sit for my Final professional examination and having had chance to learn in hospitals for my clinicals. I will say spending on healthcare, it’s an investment. It’s pretty much the reason why we don’t mind spending the extra penny and dime to get a good quality Blood Pressure Monitor, Oximeter, well, pretty much any kind of monitoring device.

With COVID looming around us in various sleeves (variants), taking the precaution to be able to keep ourselves safe at any cost, is totally worth it and it all starts with taking the SOPs seriously and practicing preventive measures right, day in and day out. 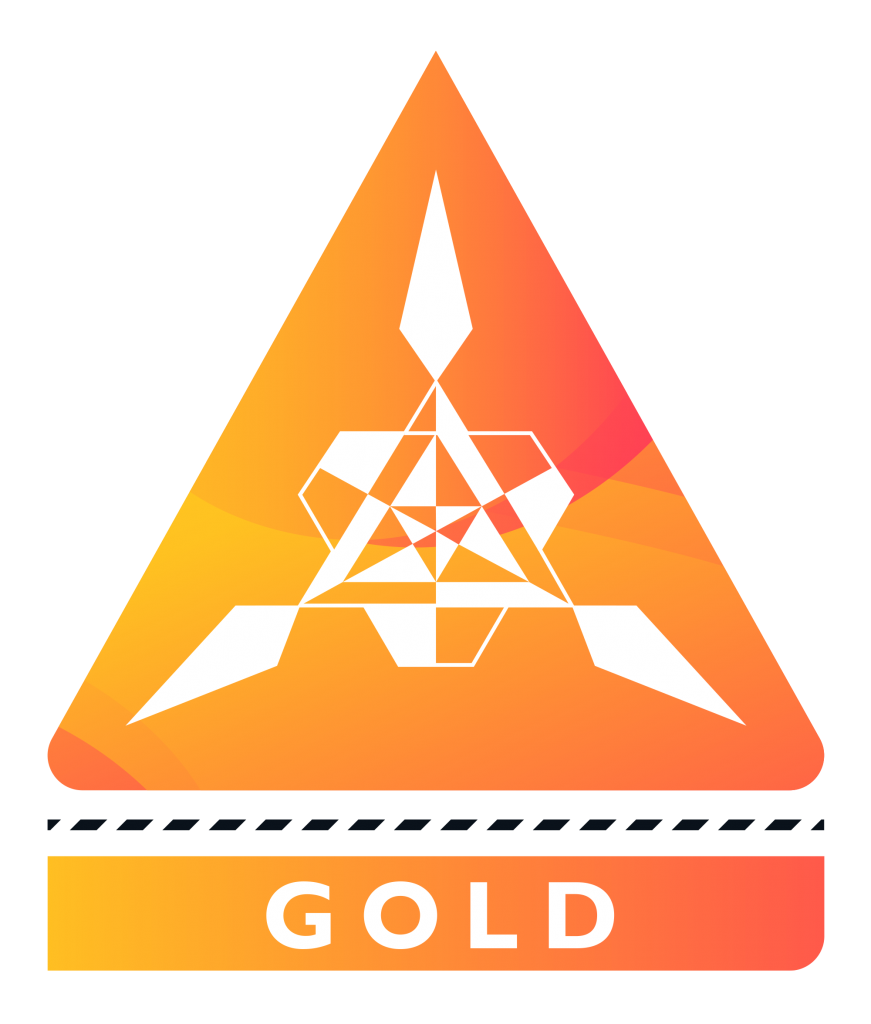 Special thanks to LGE Malaysia for gracing us with this LG PuriCare Wearable Air Purifier for making this review and the upcoming video happen.