Our journey on reviewing every generation of ASUS ROG Strix Scar continues. This year, not only we got a new ROG Strix Scar but there are subtle changes on the outside, but the beefier changes are actually on the inside. That said, in this ASUS ROG Strix Scar 15 G533Z Review, we are going to tell you exactly why this is – not only expensive but a powerhouse through and through.

Design-wise the same, with some new “artistic” choices 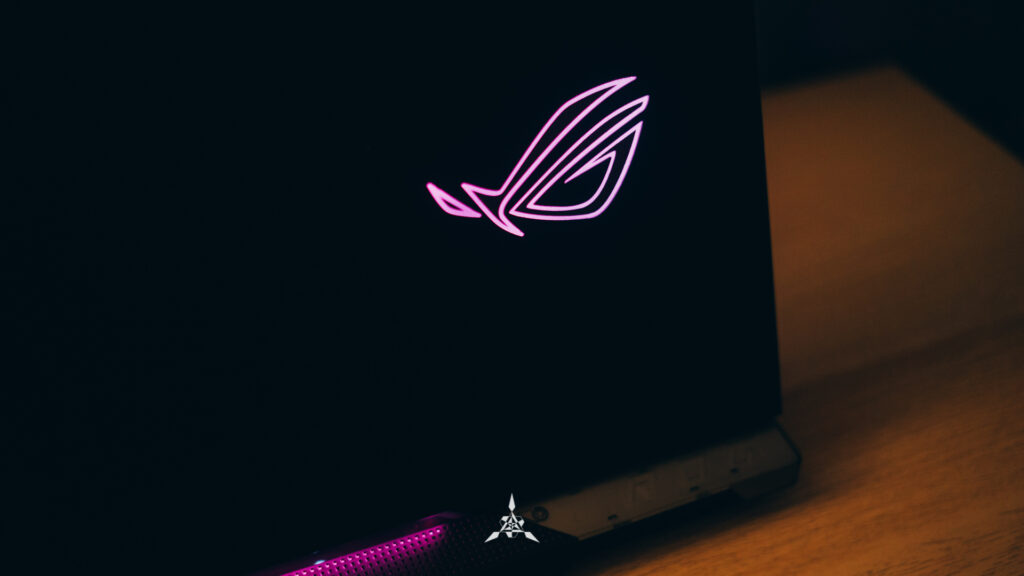 For one, the design of the ASUS ROG Strix Scar 15 G533Z is the same as the last generation of Scar. With the same solid hinges for display, followed by a robust squared off design overall going on. There are some subtle aesthetic changes which only you could pick up if you have used the 2021 model. The ROG logo on the back, has a “neon light” like glow – which in my opinion, isn’t in your face and beautifully done. The keyboard, a region under the display and a 180-degree light at the bottom of the laptop is precisely the same.

Scar will always be the laptop to flaunt the Keystone and it’s found here as well. 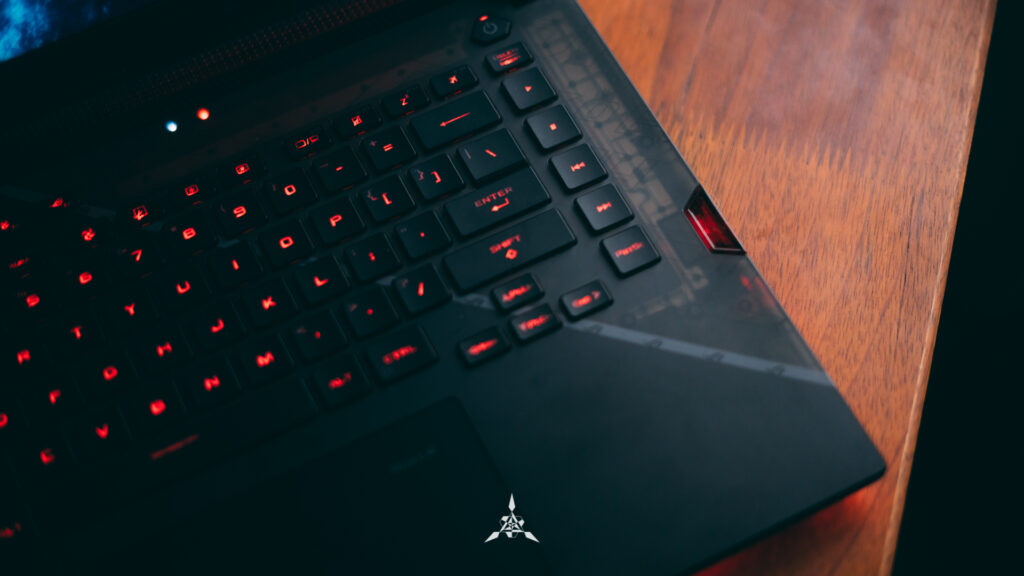 The laptop does have more ROG logos than ever on the keyboard area and back of the display. There are some easter eggs on the rubberized feet, well more like pads on the bottom – with some serial number which indicates the year ROG was established. 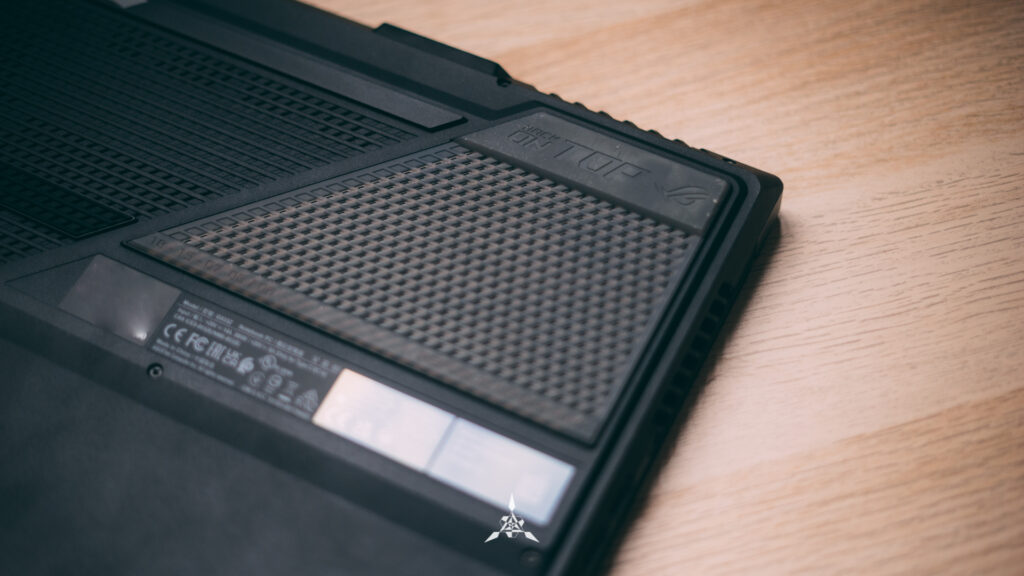 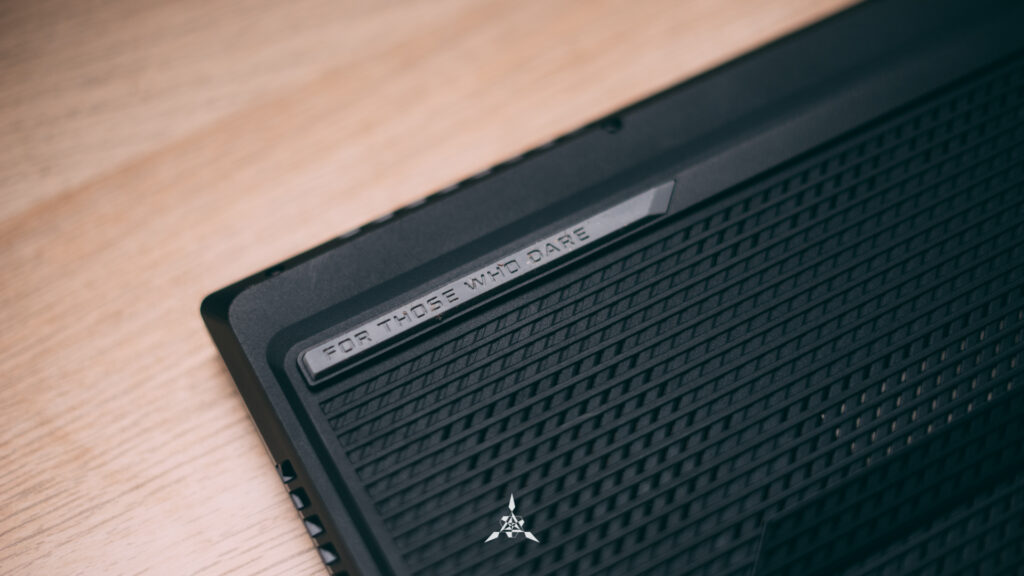 Under the replaceable ROG clips on the body has some symbol and serial, which I don’t know what it is but hey, the more for you to find out. ASUS ROG Strix Scar 15 G533Z is without a doubt, an absolute visual treat.

Stunning QHD Display (with no Webcam) 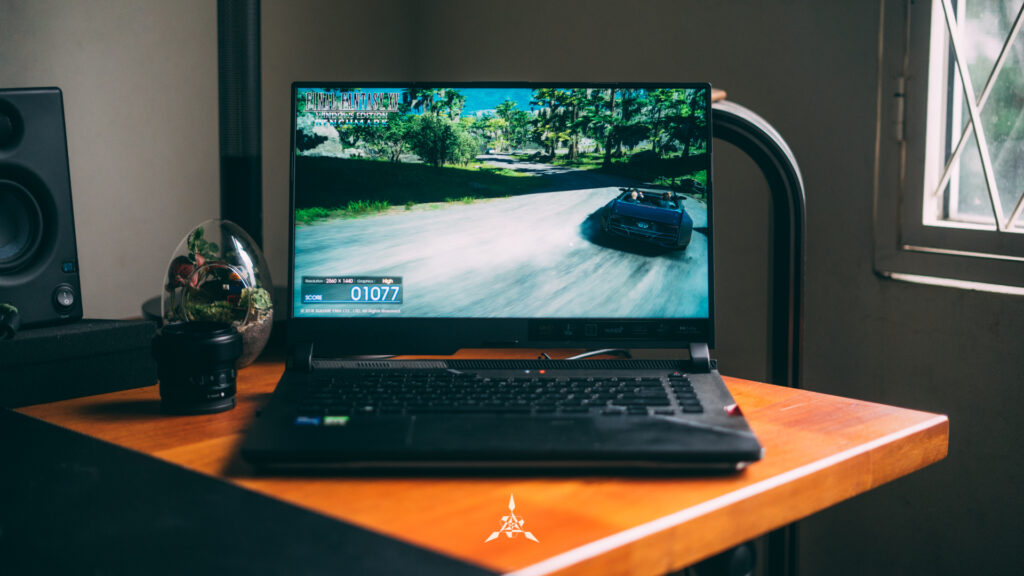 The ASUS ROG Strix Scar 15 G533Z no longer comes with a FHD display anymore and the whole 2022 lineup is fitted with a Quad HD 2K IPS Display with 240 Hz refresh rate and 3ms response time. For those who are concerned about the refresh rates while using it on battery, the Adaptive Sync kicks in and takes it down a notch by a lot. You too can enable it if needed which is quite alright. The Scar we are reviewing is a 15.6” display. It’s almost bezel-less with a thick chin that has the ROG Strix branding and the sticker, otherwise, it’s an immersive display through and through. 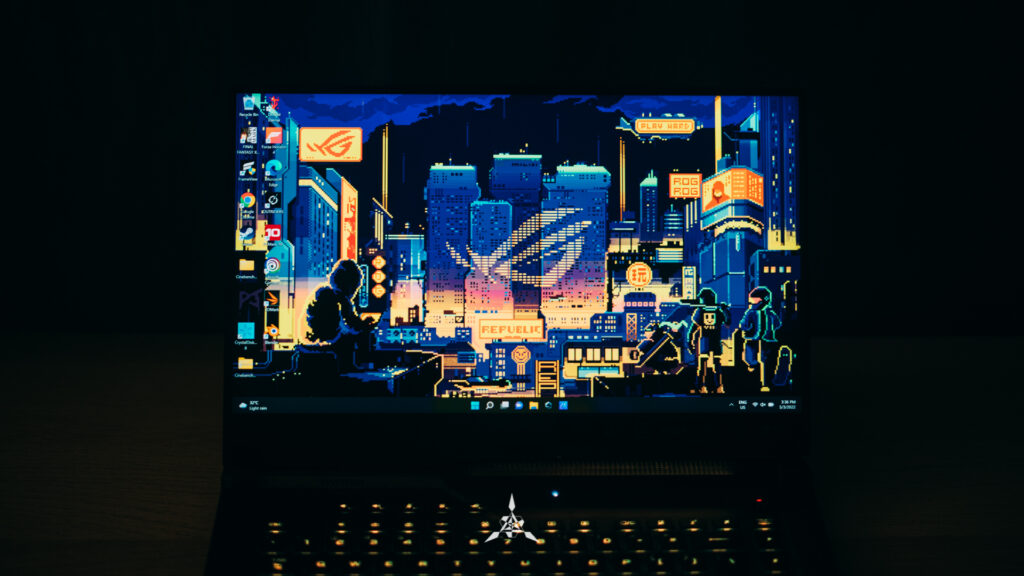 Gaming on this is a delight and while it isn’t an ASUS OLED which is what we are seeing with other ASUS laptops, you are not going to be disappointed with the Strix Scar display at all.

No More Mechanical Keyboard (Not a dealbreaker)

One of the big changes we saw with the ROG Strix Scar laptop is how much they offered for users in the experience department. One of it was the signature ROG Mechanical switch that delivered pretty amazing typing and gaming experience. Unfortunately, that has been removed and they took a step back. This time, you get the same Chiclet style keyboard with per-key RGB and a Touchpad that has the signature NumberPad. While it does take away the mechanical goodness, the laptop does have good typing and gaming experience.

It isn’t going to blow your mind off per se, but it is still a good keyboard. Just that it isn’t a mechanical keyboard. * proceeds to being passive aggressive *

Like I mentioned earlier, on the outside, the aesthetic difference is very marginal but its under-the-hood where we see some generational upgrade, well, a leap really in the laptop space. The ASUS ROG Strix Scar 15 G533Z we have at hand has the following:

Whatever you see above is quite literally new to the laptop space and something we saw coming. Given that the 12th Generation Intel Processor is not only taking power into consideration, it’s also taking advantage of the newer generation hardware. Unfortunately, it’s the OS which the ASUS ROG Strix Scar 15 G533Z where it has hit and miss experience. To benchmark the hardware in this machine, we used the following: PCMARK 10, 3DMARK, Cinebench, Blender and CrystalDiskMark.

Starting off with the CrystalDiskMark, it shows how well the PCIe Gen 4.0 SSD is absolutely ripping and tearing those scores. It stands no chance with the PCIe Gen 3 SSD. We got a good score of 6479MB/s read and 4936MB/s write speeds respectively. This is going to keep up with every little thing you do – from gaming to editing, it’s the SSD to rely on. 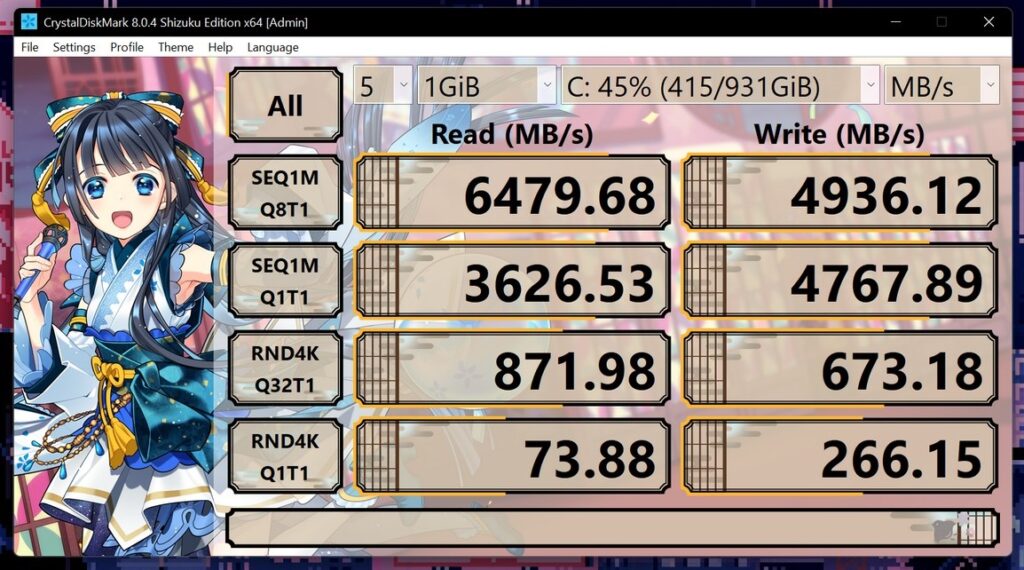 The Intel Core i9 is the first for the ROG Strix Scar, to a point that all the variant available currently is only powered by that. A 14 core 20 thread processor that isn’t just a performance freak but a thermal freak too. The processor gave a good 10870 points in Cinebench Multicore benchmark and 1890 points in single core performance. 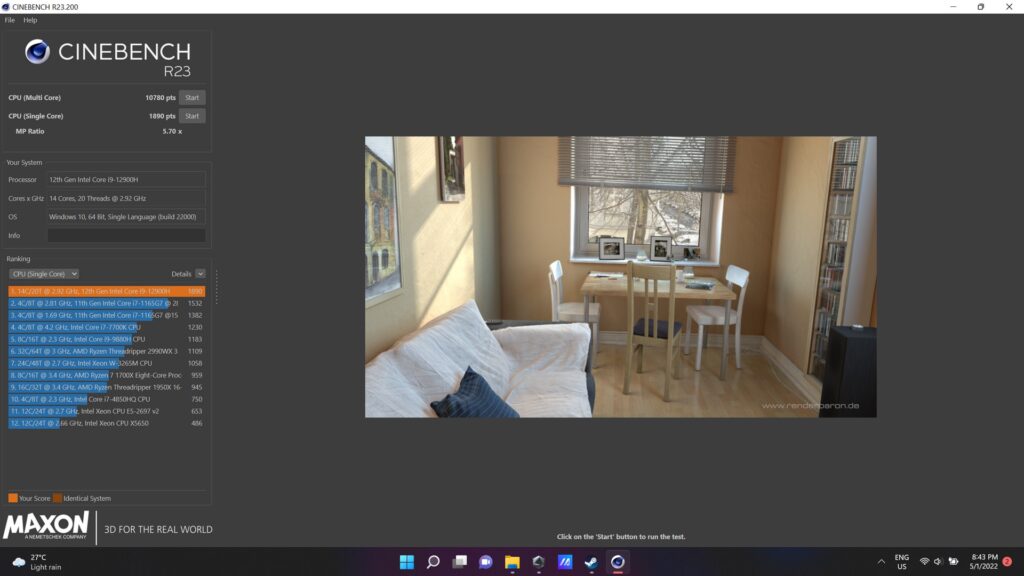 Moving onto other benchmarks – we have two different set of scores for you. Now when you choose to run the laptop with the battery, the laptop does a switch from iGPU to dGPU – so, which means, your performance does take a hit on battery but for good reason, endurance. That said, in Port Royal, Time Spy and Fire Strike – you can see the score in a range of 2000-5000 points. 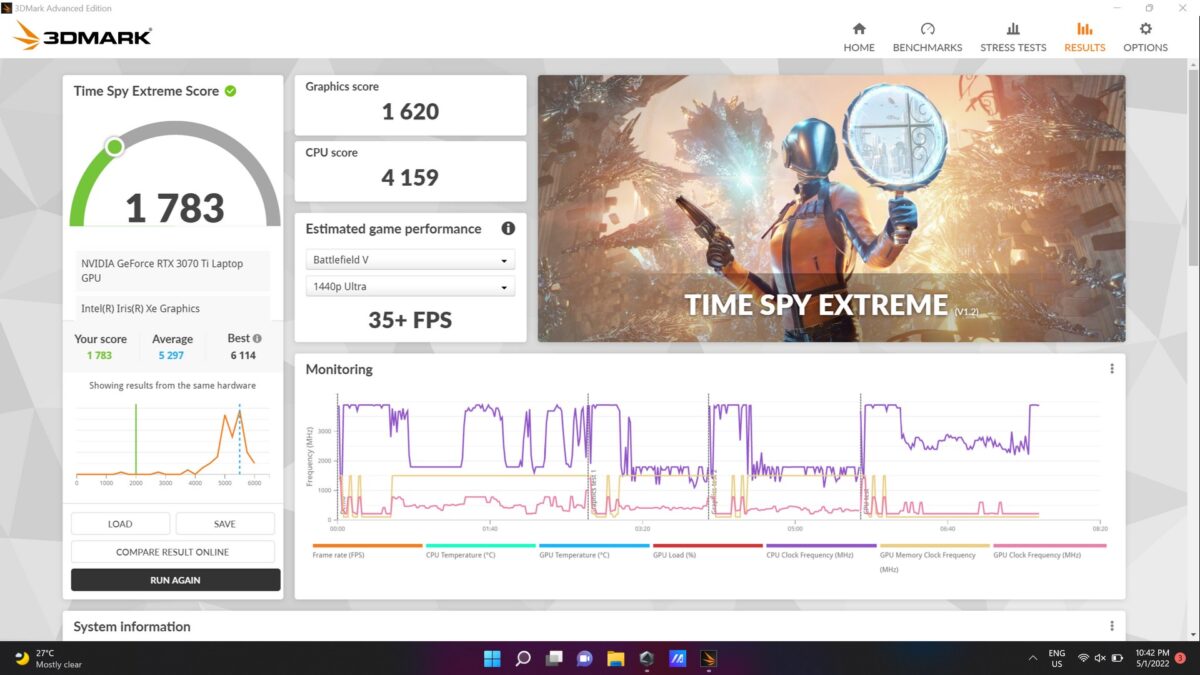 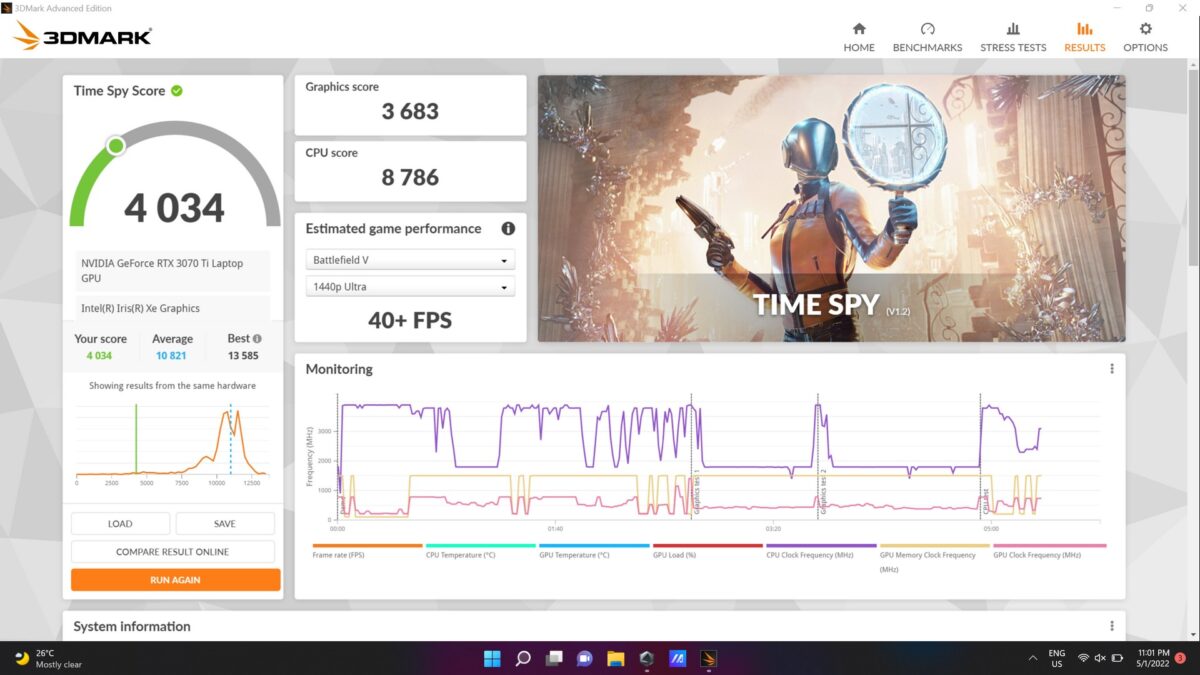 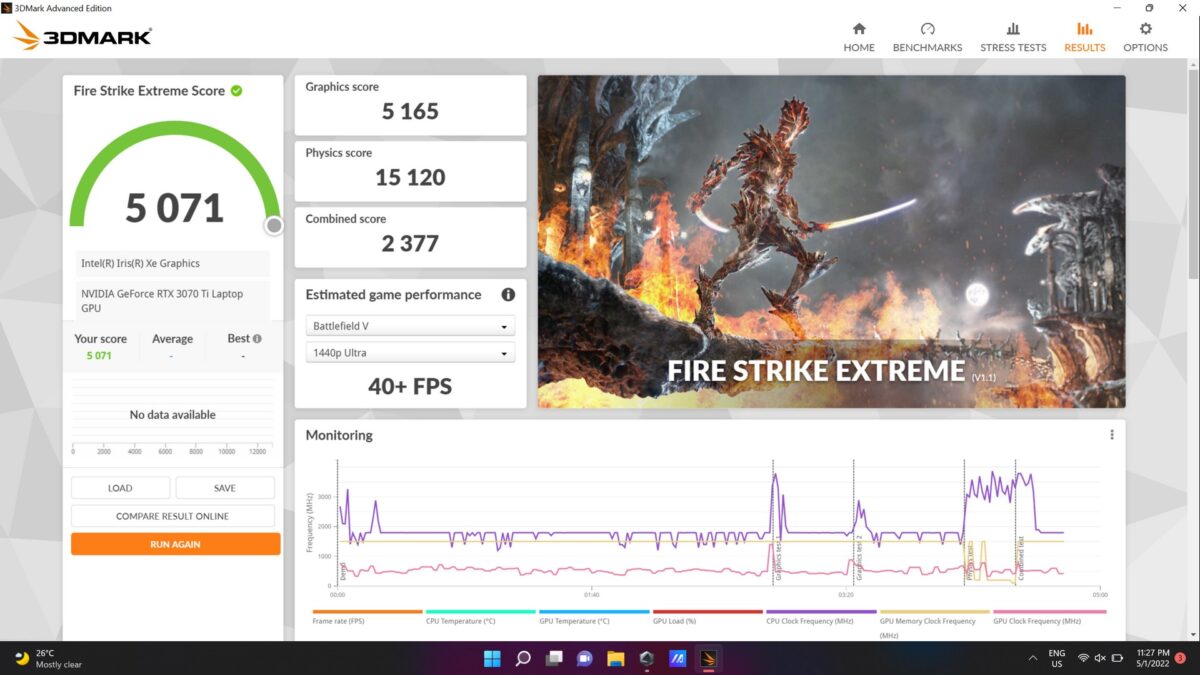 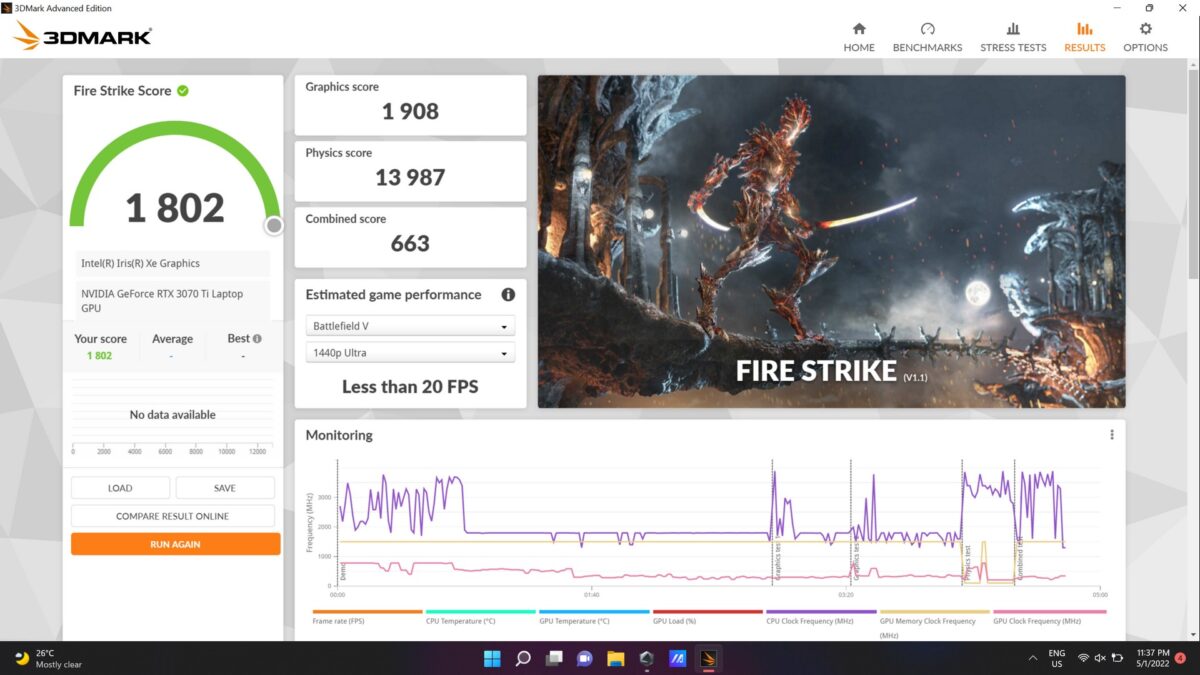 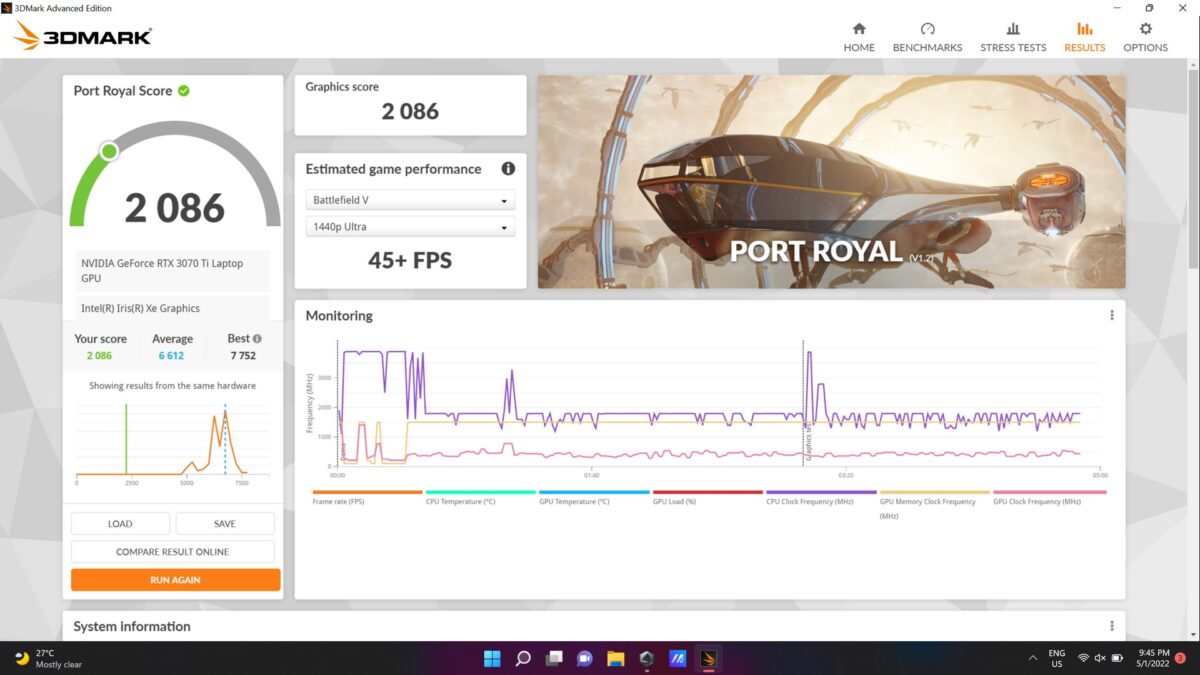 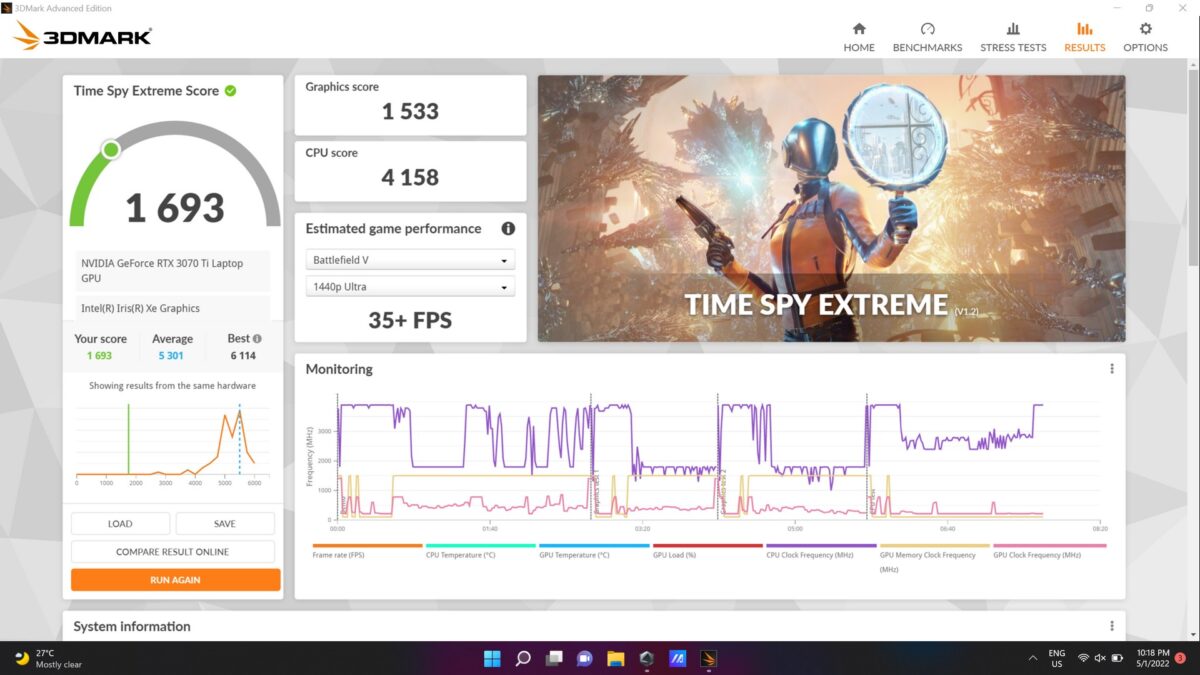 After you connect the ASUS ROG Strix Scar 15 G533Z to a power outlet, you got a monster. With scores at 6000 till reaching a whopping 22000 points in tests – this is a phenomenal beast one wouldn’t want to mess with. Check out our benchmark scores below. 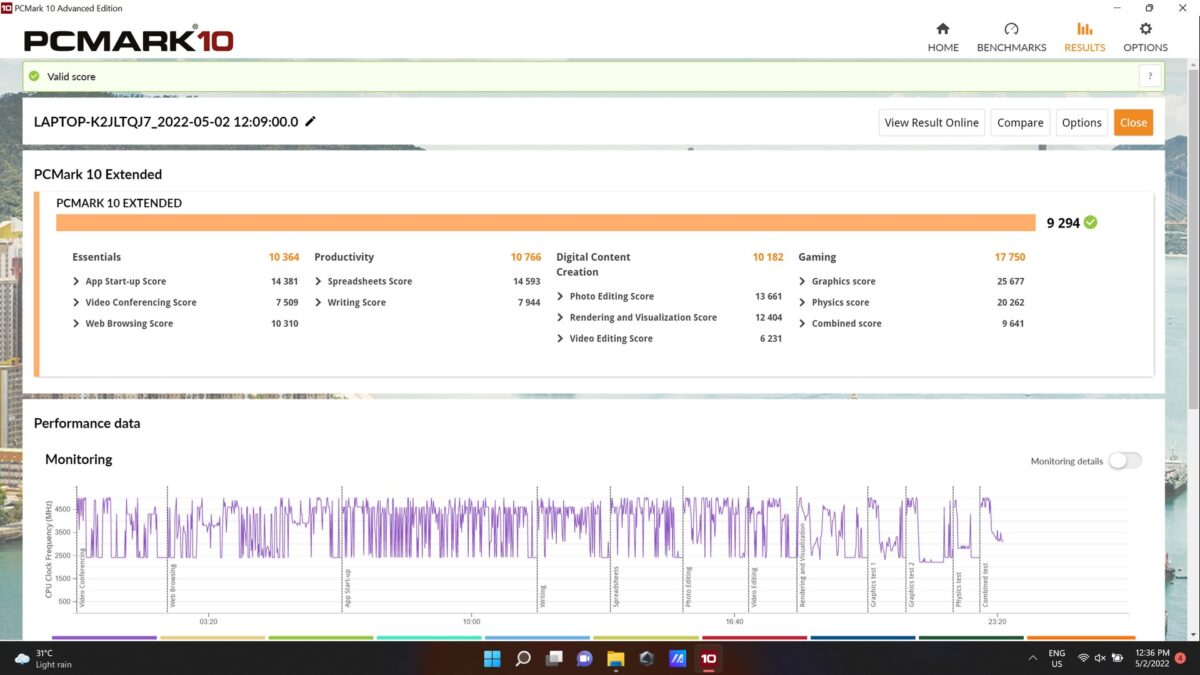 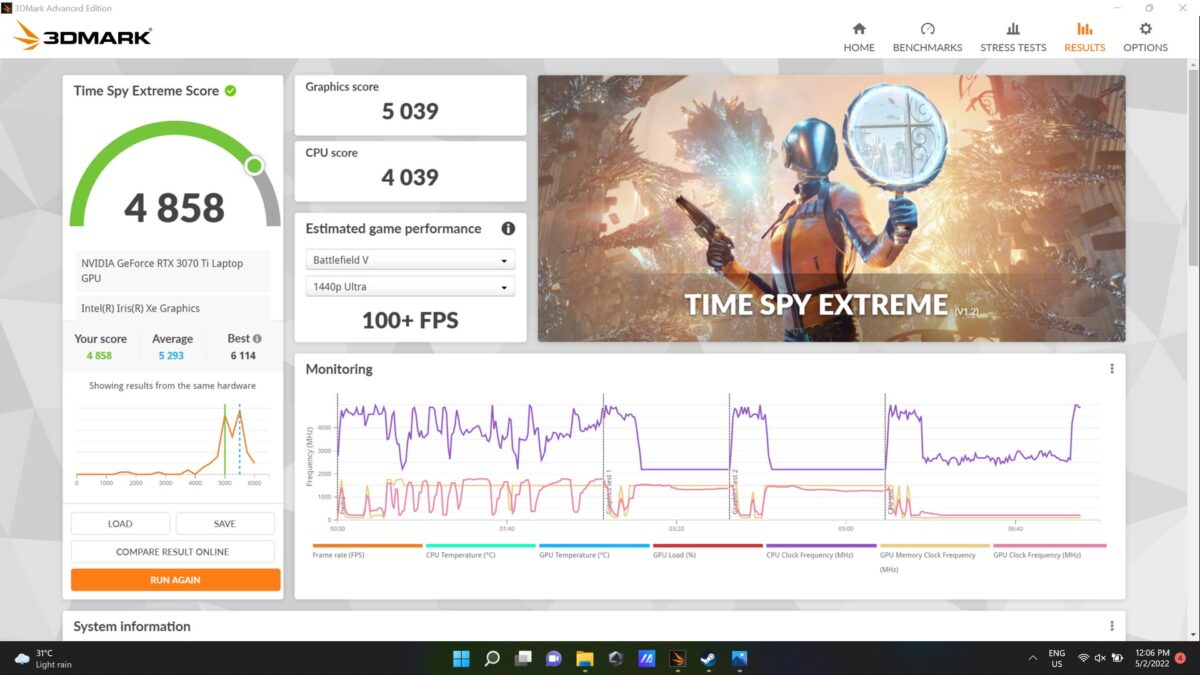 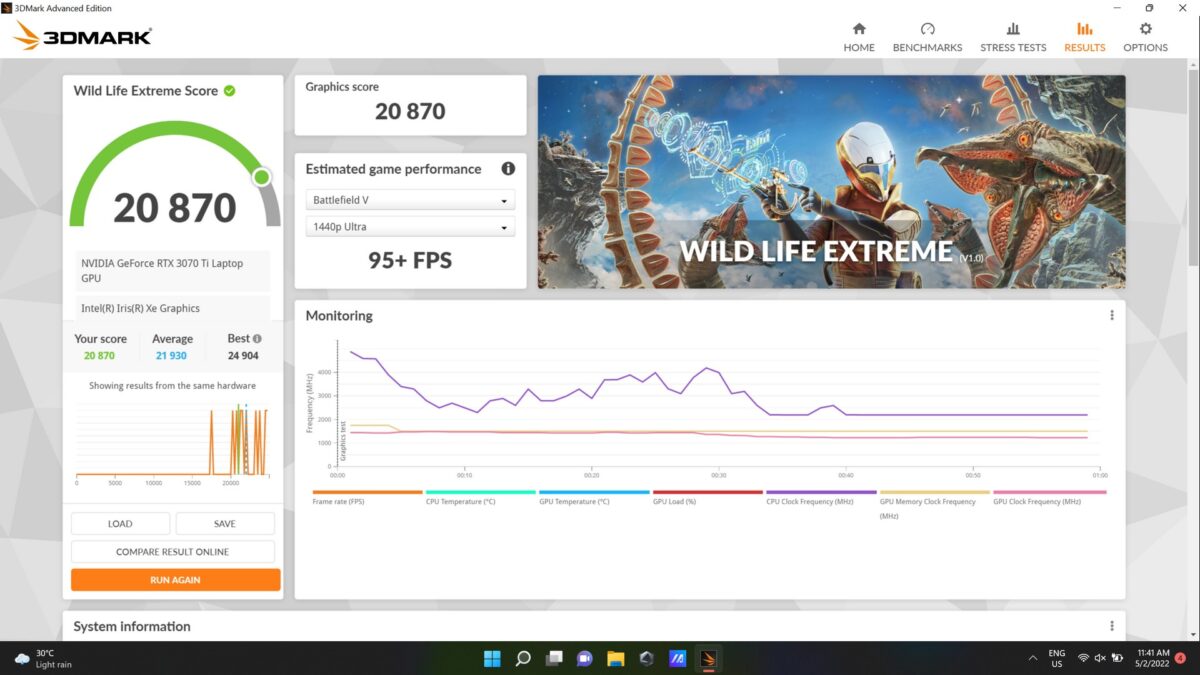 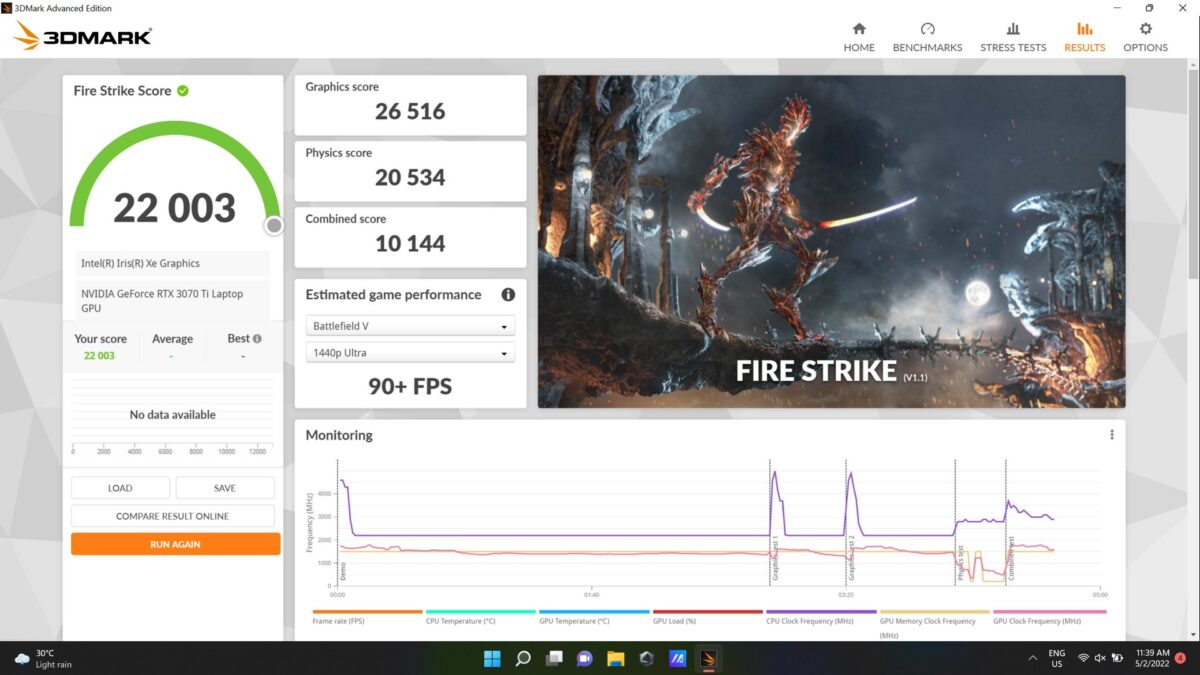 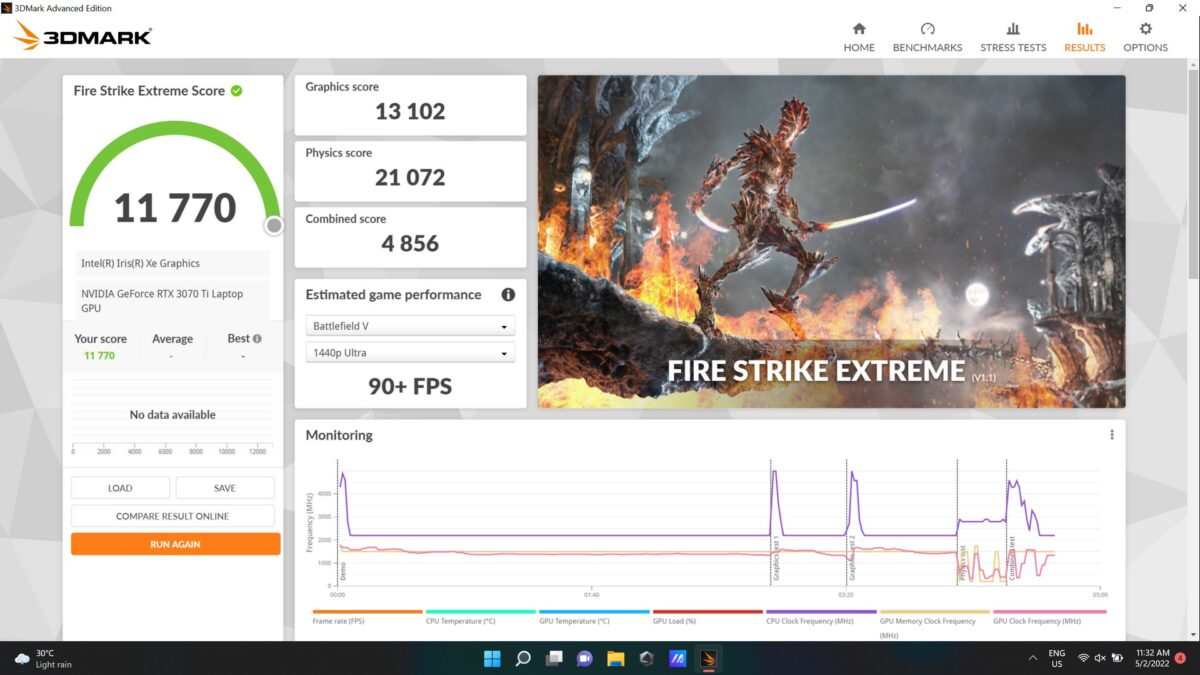 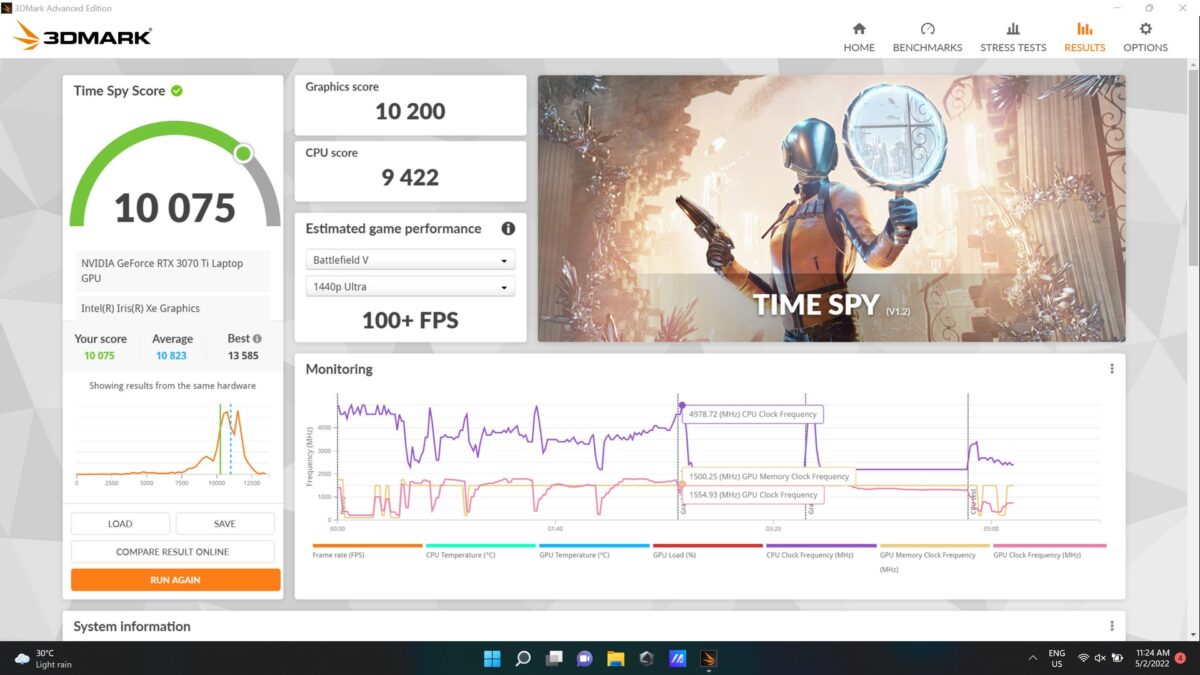 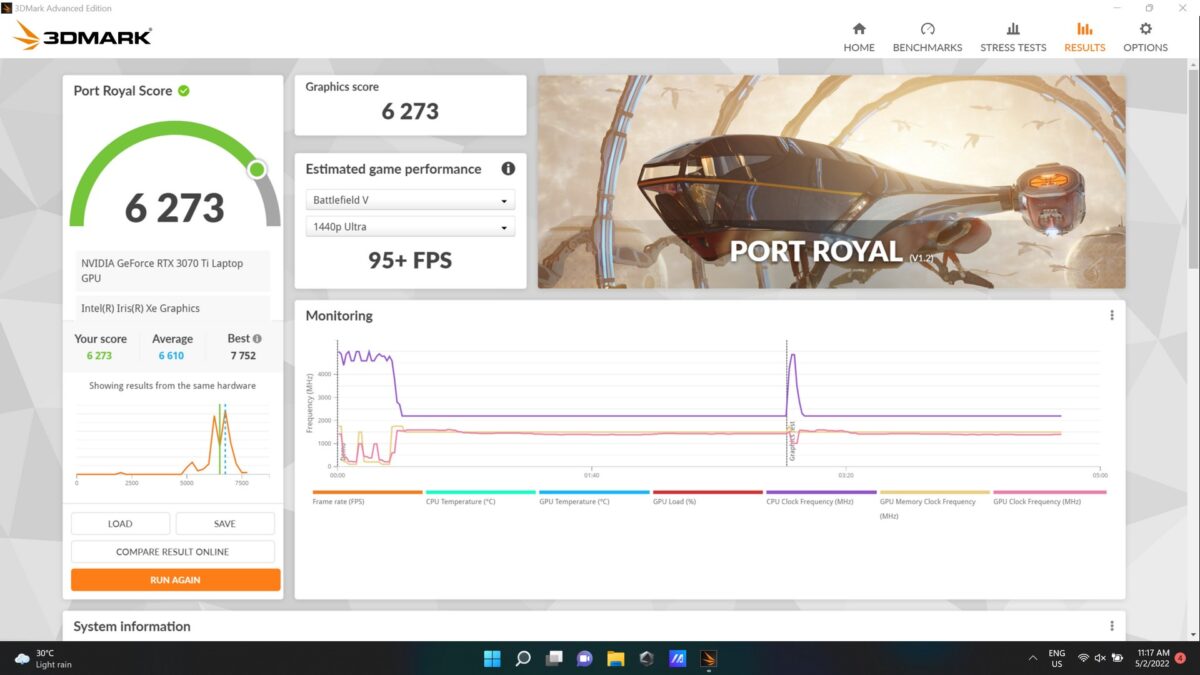 That said, the NVIDIA RTX 3070 Ti is decent, and if you know the story from last year, you know the performance cap in GPU from 3070 onwards isn’t quite as close to desktop counterpart. But it isn’t shabby. Personally, we think the 3070 Ti is good enough as compared to the 3080 Ti model which essentially gives more or less the same performance at the end of the day. Games like Doom: Eternal runs at Ultra Nightmare with no sweats and outputting at a good high refresh rate as well. 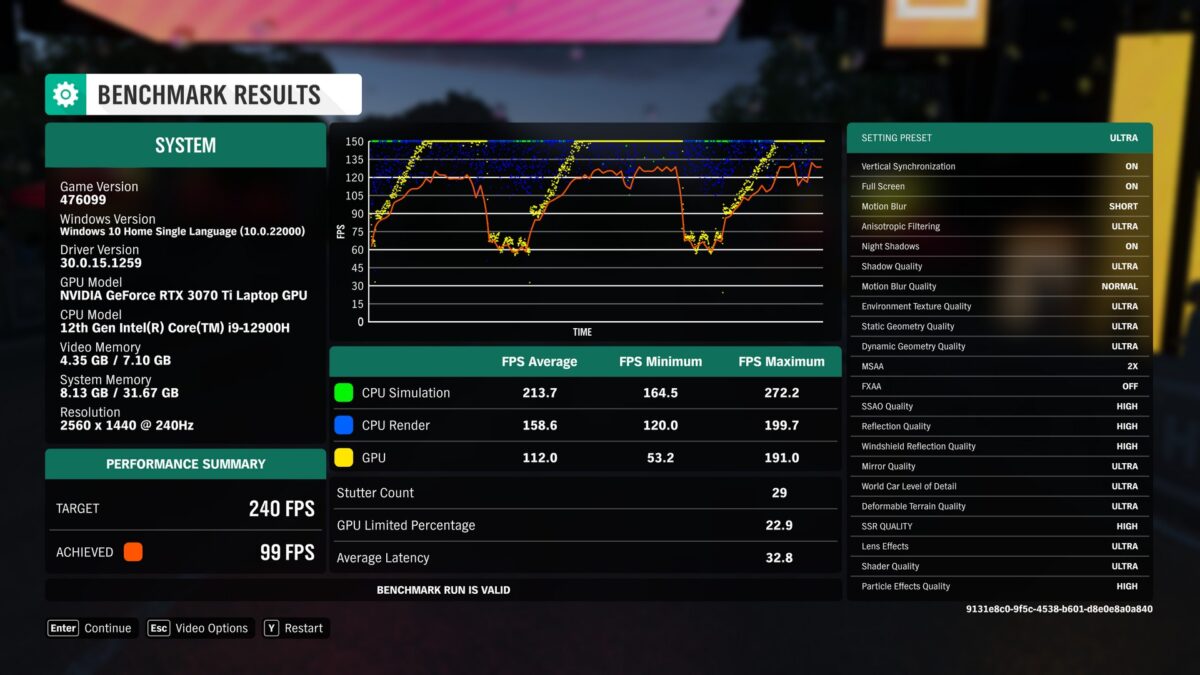 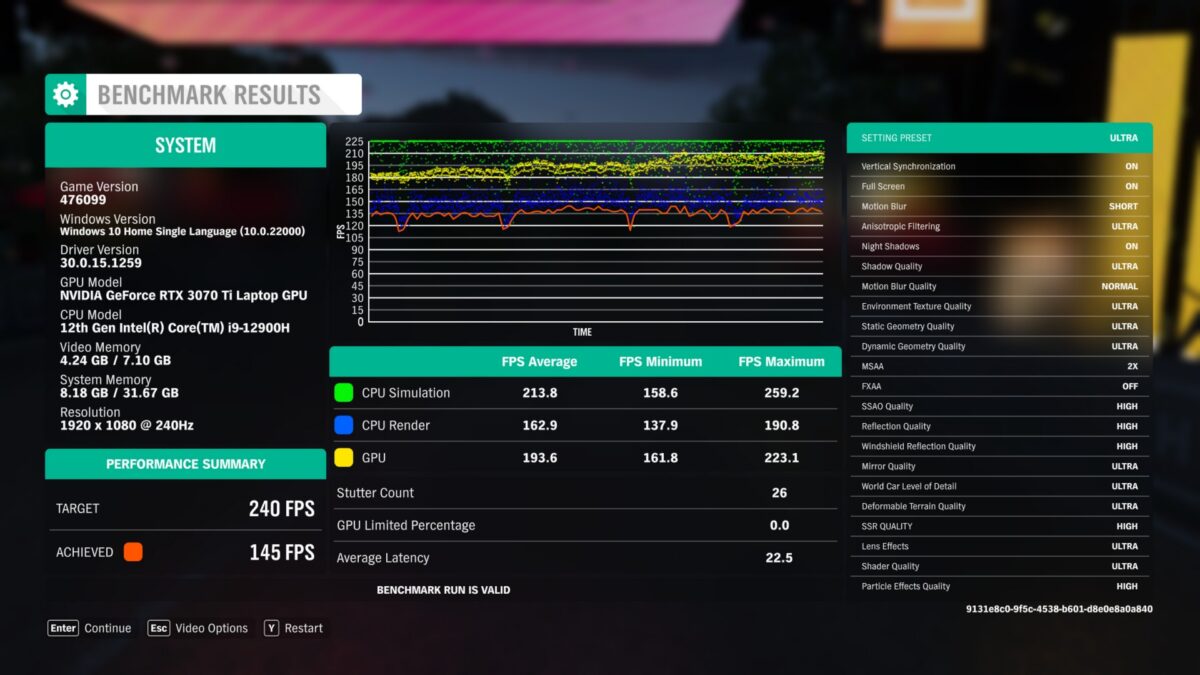 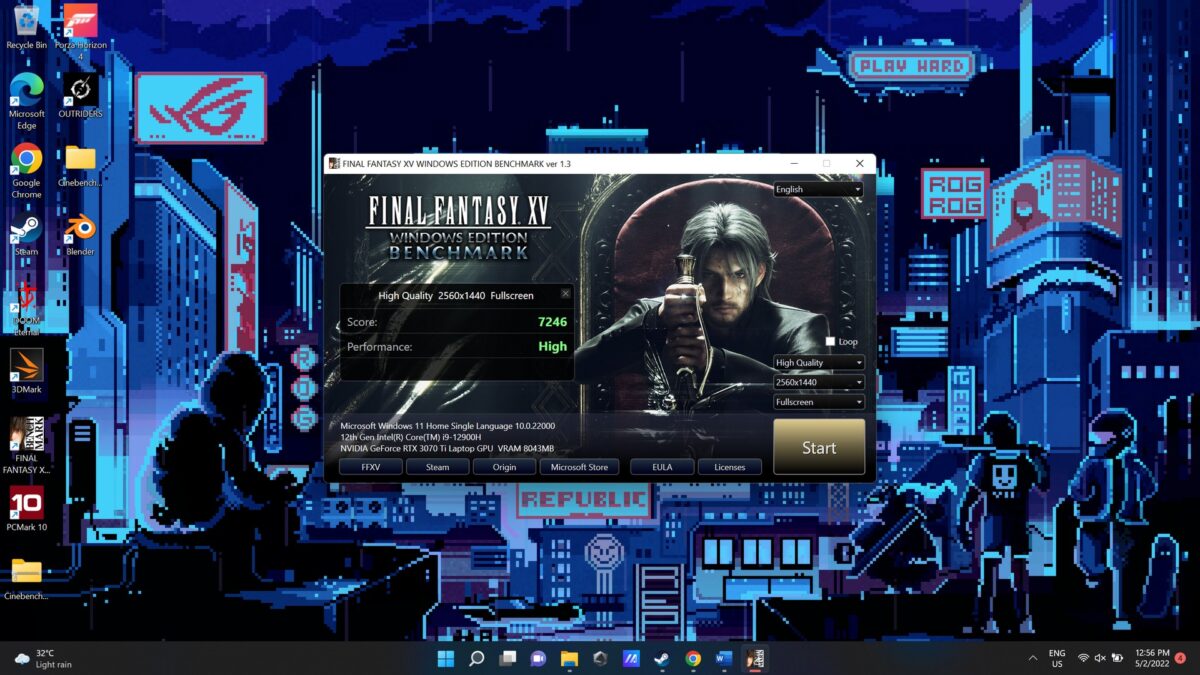 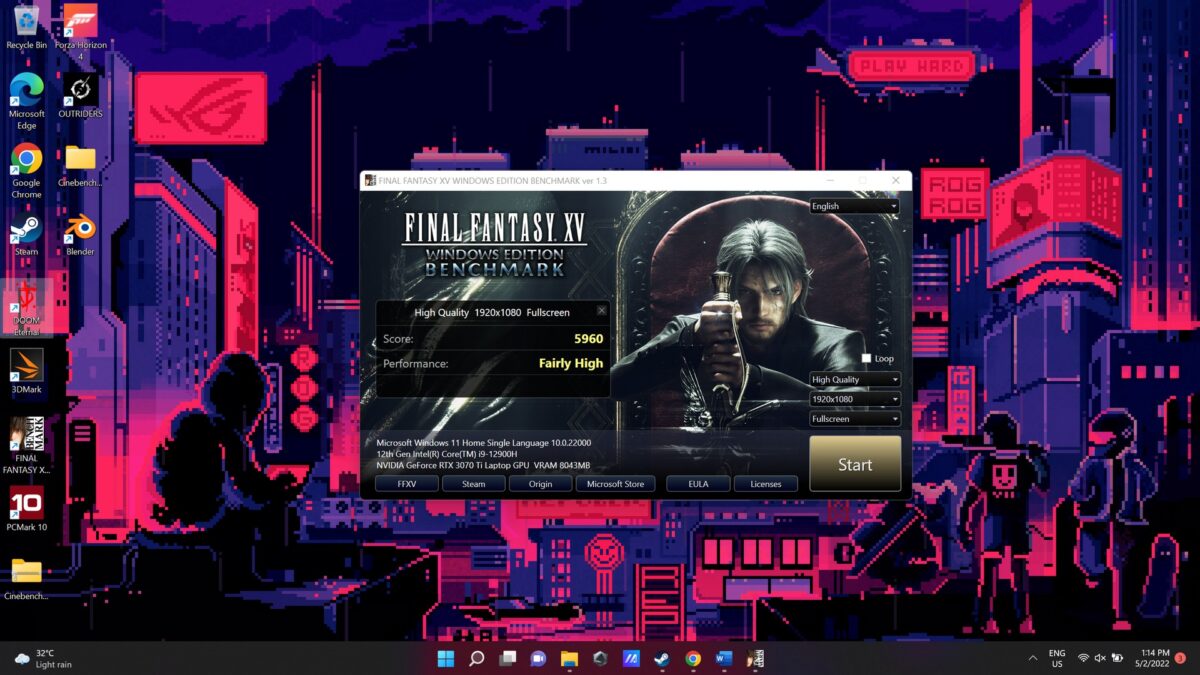 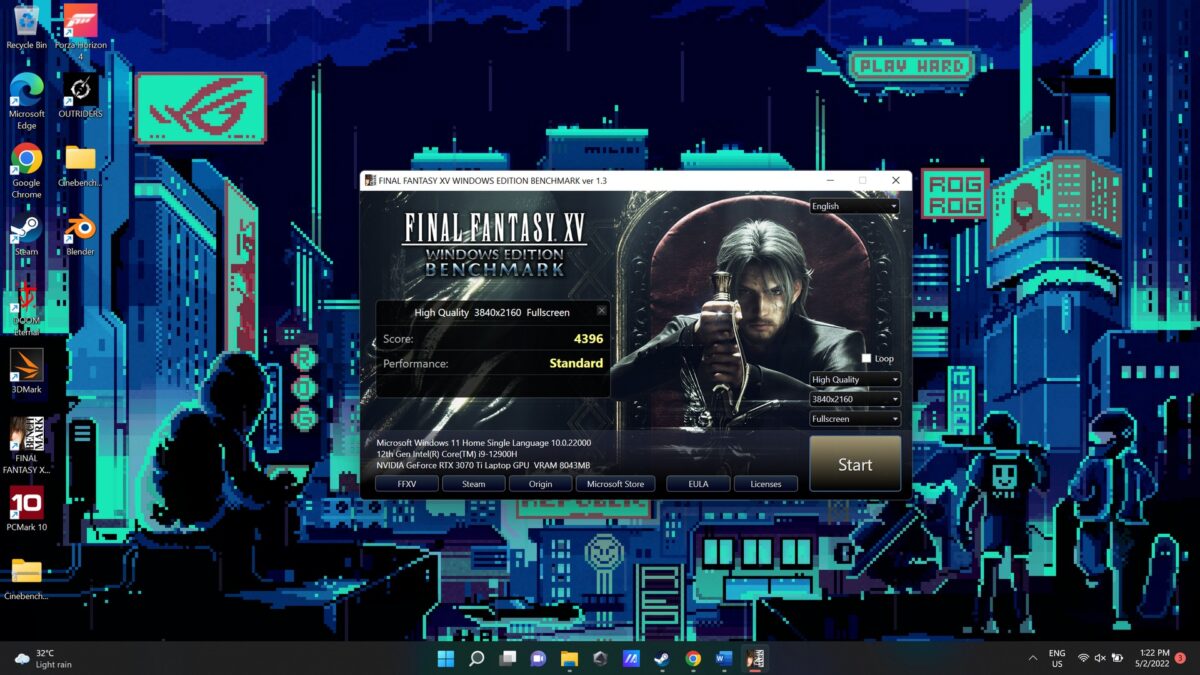 Another good news about the ROG Strix Scar is how well equipped the port lineup is – 3.5mm Combo Audio Jack, HDMI 2.1, 2x USB 3.2 Gen 1 Type A, 1x USB 3.2 Gen 2 Type C, 1x Thunderbolt 4 and 1x 2.5G LAN Port. This is a fantastic array of ports. The USB-C port is an amazing addition as the laptop now supports 100W USB-C Power Delivery which is what we used most of the time. Which we are happy to report that the power delivery is consistent and great overall.

The Most Expensive ROG Strix Scar ever Made 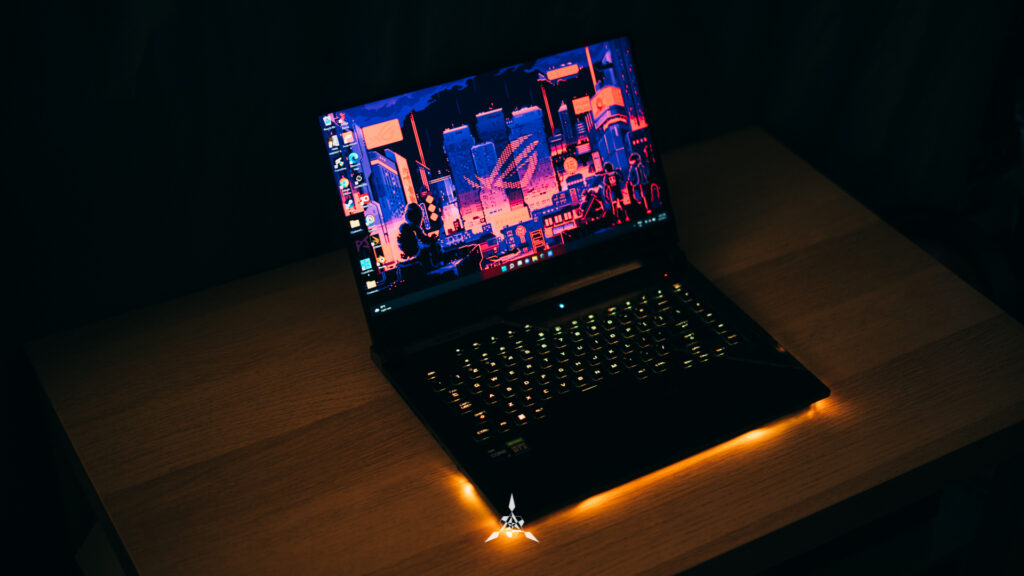 This has got to be the most expensive ROG Strix Scar ever made and that’s concerning.

The ASUS ROG Strix Scar 15 G533Z is an absolute beast of a laptop. There’s not a single doubt about that. But a completely new generation of hardware is going to come at a price that is tough to swallow indeed. We aren’t going to ask you to go all out and purchase the RTX 3080 Ti variants either. The extra RM 6000-6300 is a tough pill to swallow.

If you do have the money to spend and need to get one, go for the variant we are reviewing. At RM 10,699, this ASUS ROG Strix Scar 15 G533Z is a magnificent laptop. If you are looking for something a little bigger, then at RM11000, the Scar 17 looks quite okay. Again, it’s not an easy recommendation as the price still is a tough one to swallow.