Magic: The Gathering Warhammer 40000 Universes Beyond: Everything you need to know

Wizards have announced several new Warhammer 40000 Commander Decks that will come to their new Universes Beyond collaboration. The new Magic: The Gathering and Warhammer 40000 crossover will see many familiar Warhammer elements such as Chaos Marines, Imperium, Tyranids and Necrons implemented into specially designed Commander Decks.

Below are all the Commander Decks from the new Magic: The Gathering and Warhammer 40000 crossover that are slated to come out. 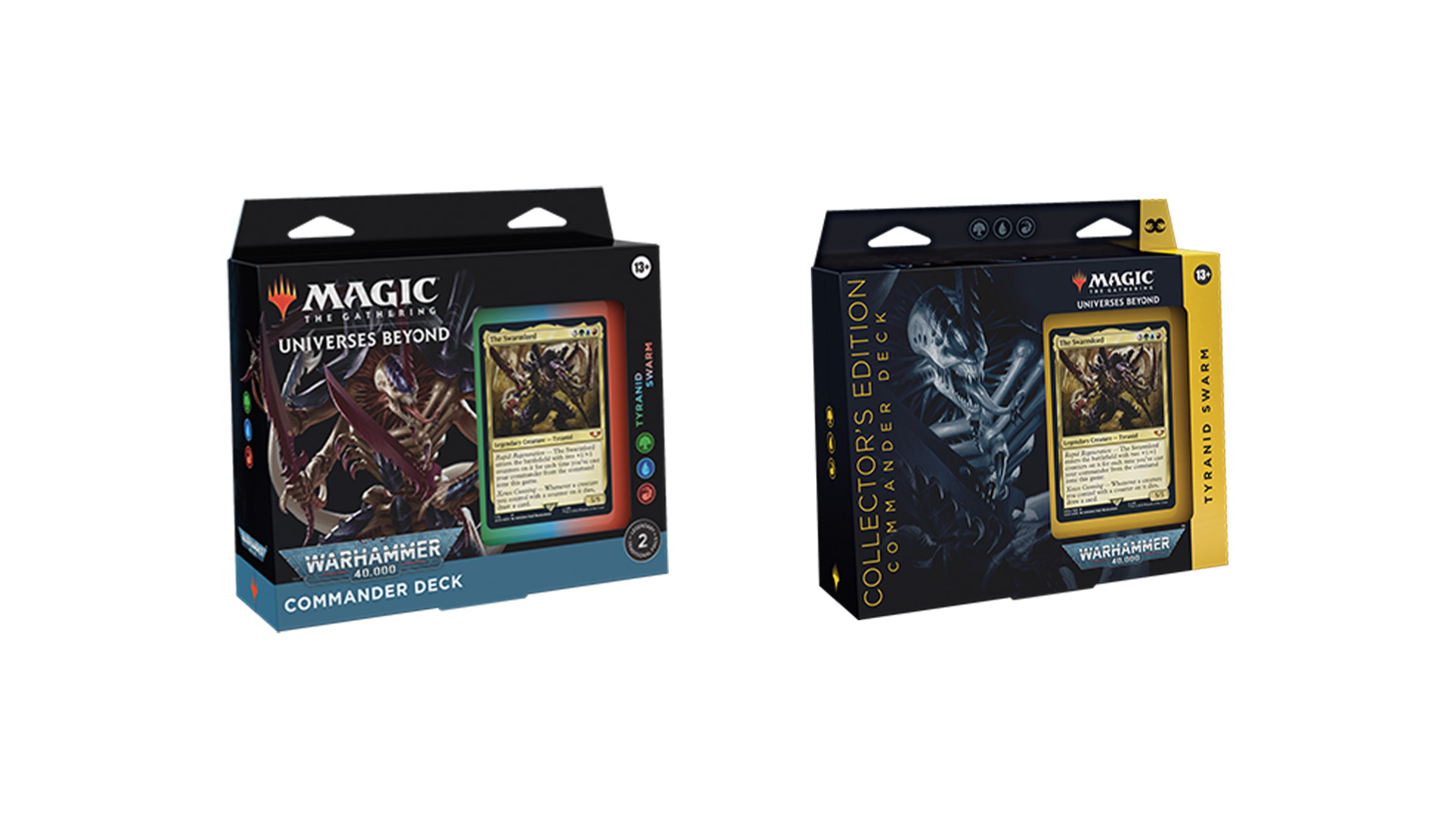 Green decks with tyranid swarm commander decks are focused on summoning larger enemies capable of executing and defending against high-damage attacks. This deck features legendary creatures such as the swarmlord and Magus Lucea Kane. 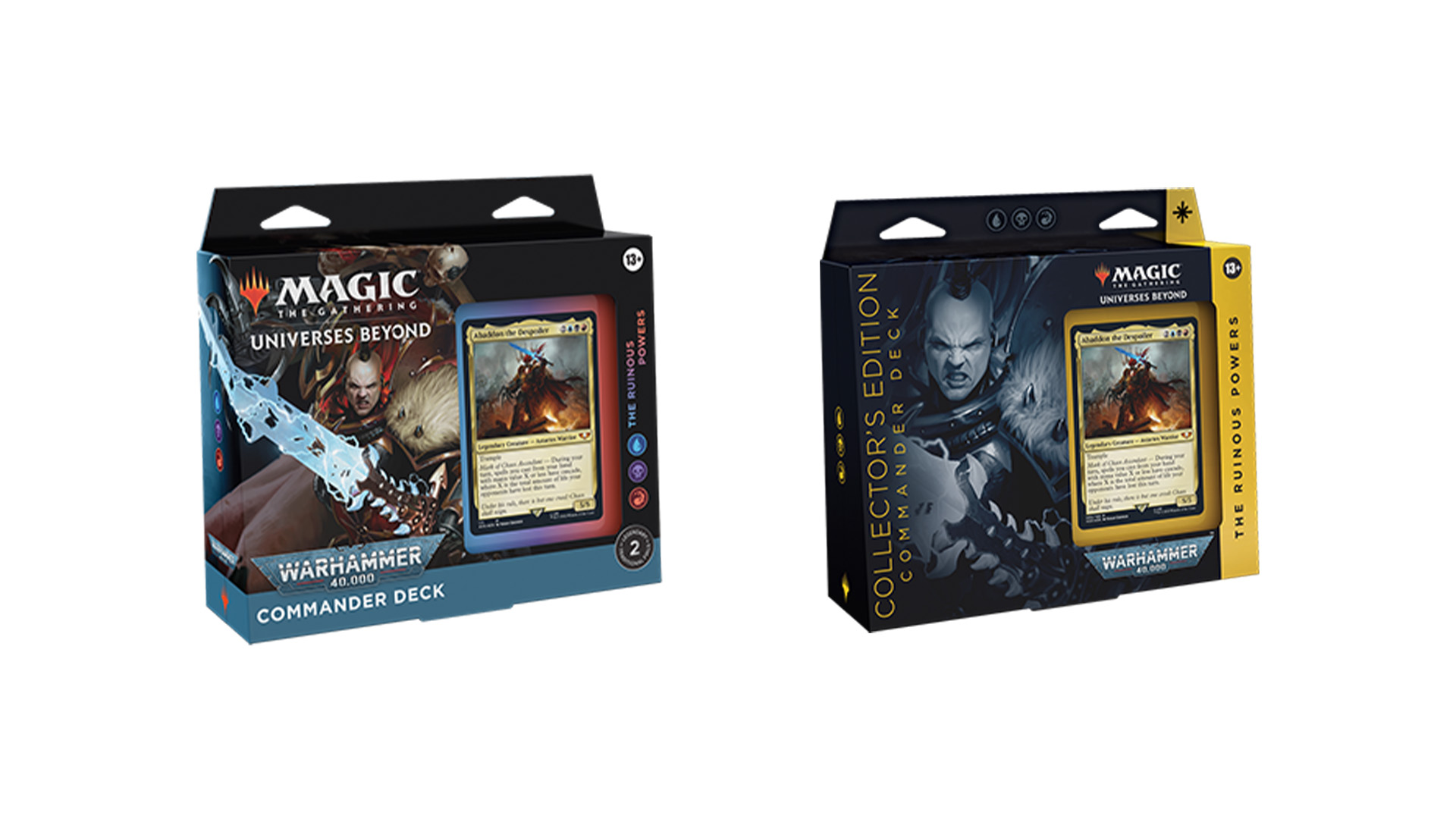 With a deck that heavily emphasises red cards, making them ideal for destruction and a tinge of deck manipulation provided by the other two colours, the chaos space marines are all about creating, well, chaos. This deck will include all of the extras found in the other commander decks, as well as legendaries Abaddon the Despoiler and Be’lakor the Dark Master. 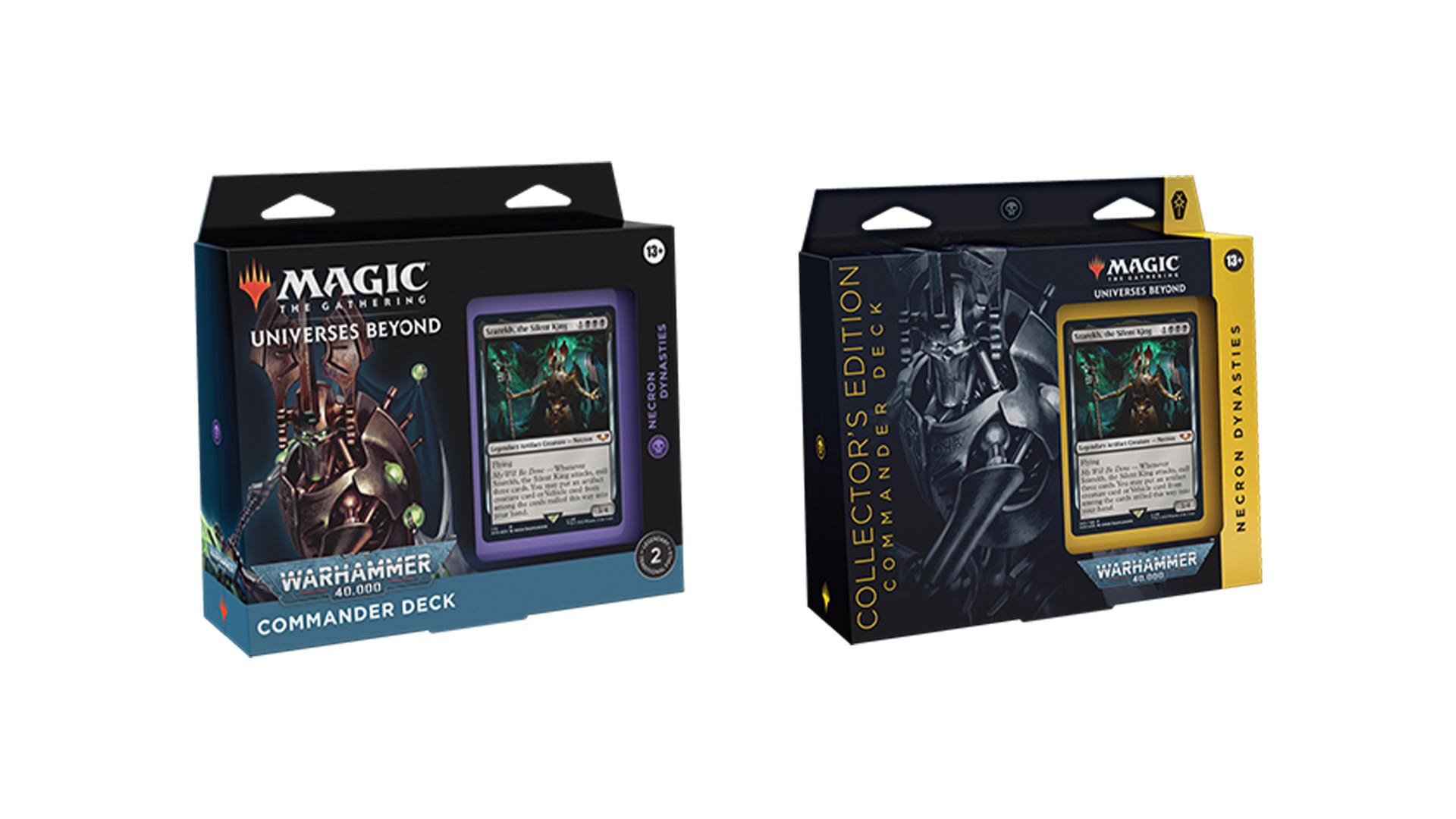 This deck is primarily a black deck and will allow players to control huge armies of Necrons, which are undead robotic warriors. This deck will also allow players to control commanders Szarekh the silent king, and Imotekh the stormlord. This commander deck will include 100 black cards, including two foils, as well as tokens, boxes, and other bonuses. 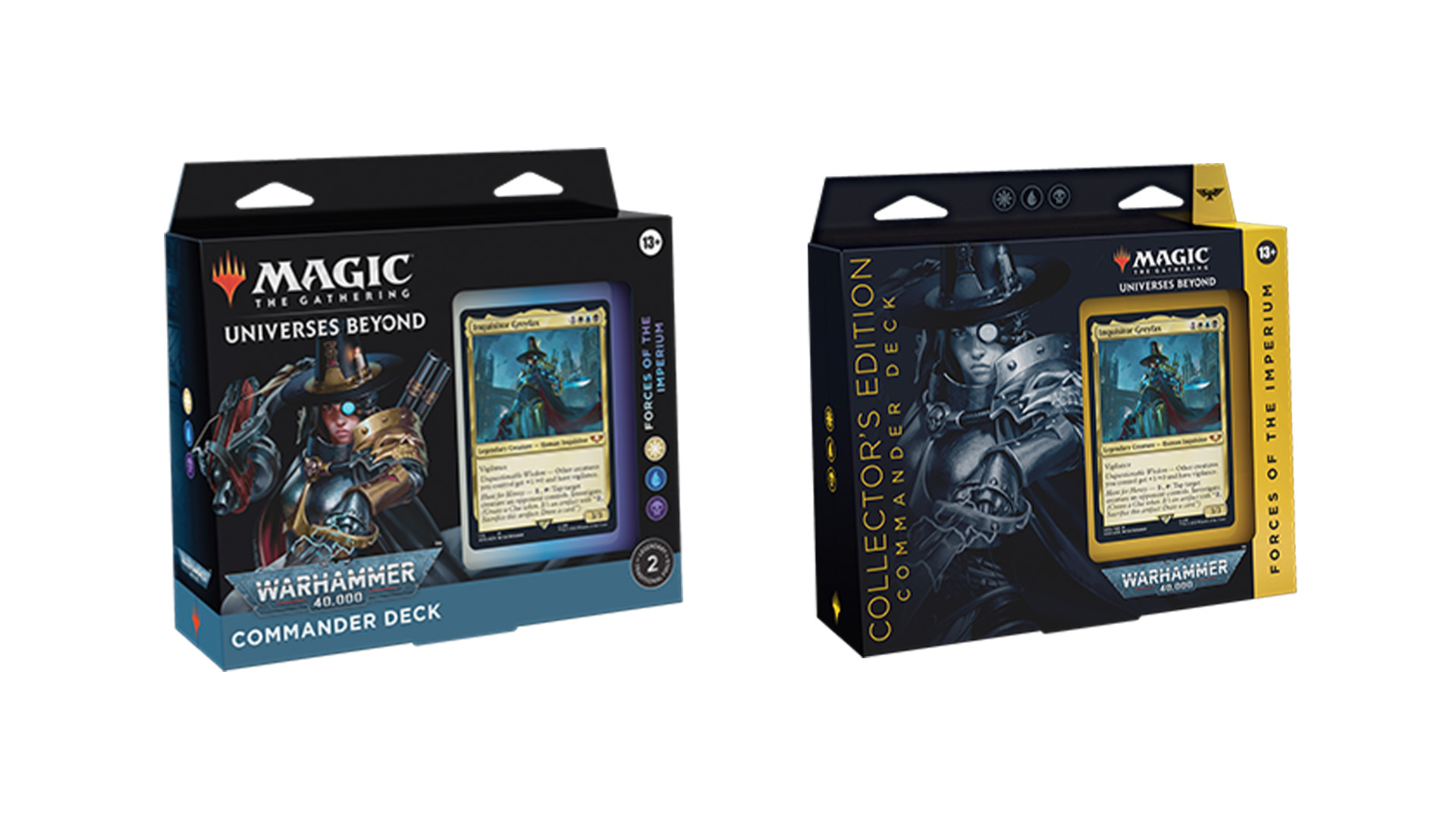 With a predominantly white deck, players will be able to summon a massive number of cards onto the battlefield, including commanders like Inquisitor Grayfax and Marneus Calgar. This commander deck set comes with one ready-to-play deck of 100 cards in white, blue, and black, one foil-etched display commander, ten double-sided tokens, one deck box (which can hold 100 sleeved cards), a life tracker, a strategy insert, and one reference card.

You can check out the official page for the new Commander Decks here for a more in-depth look at what’s coming. The Warhammer 40000 Commander Decks are set to release worldwide on the 7th of October.

For more news like this, stay tuned to us at The Adventures of Vesper.