Just like how the smartphone space is filled with too many choices, and picking a good one is just as finding a needle in a haystack – the True Wireless Earbuds segment, too, is saturated to the brim. But there are some good contenders in the space, that just kill the others in one swoop. Creative has been around for long as I could remember and we have reviewed their product before. But this one right here – the Creative Outlier Pro, got me impressed with the price it’s being sold for. 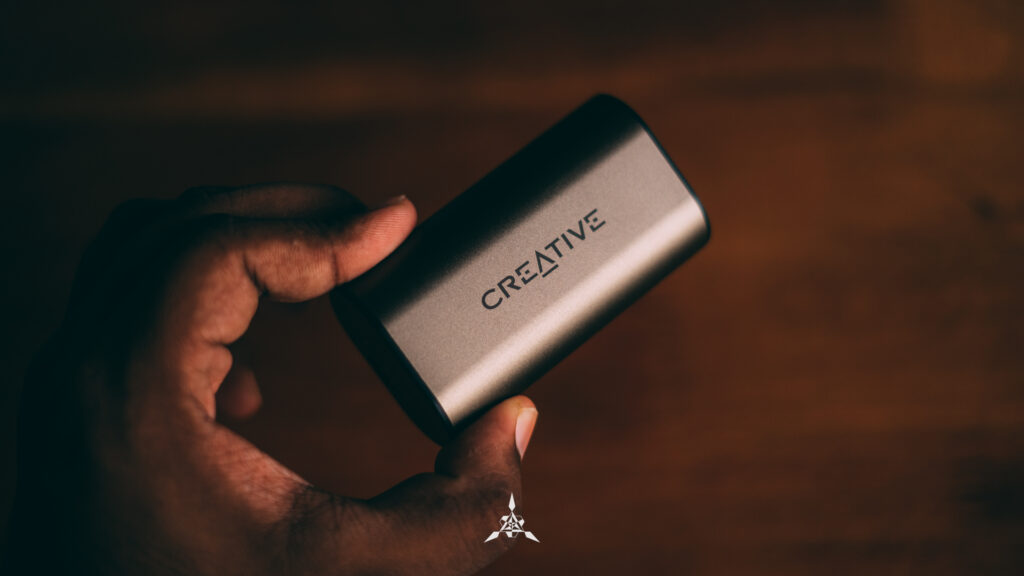 Creative Outlier series case designs are pretty much the same across all the models. Creative Outlier Gold was an interesting candidate when we reviewed but it had its share of hiccups that took us a while to overcome of sorts. But the Creative Outlier fixes many mistakes and gets it right. 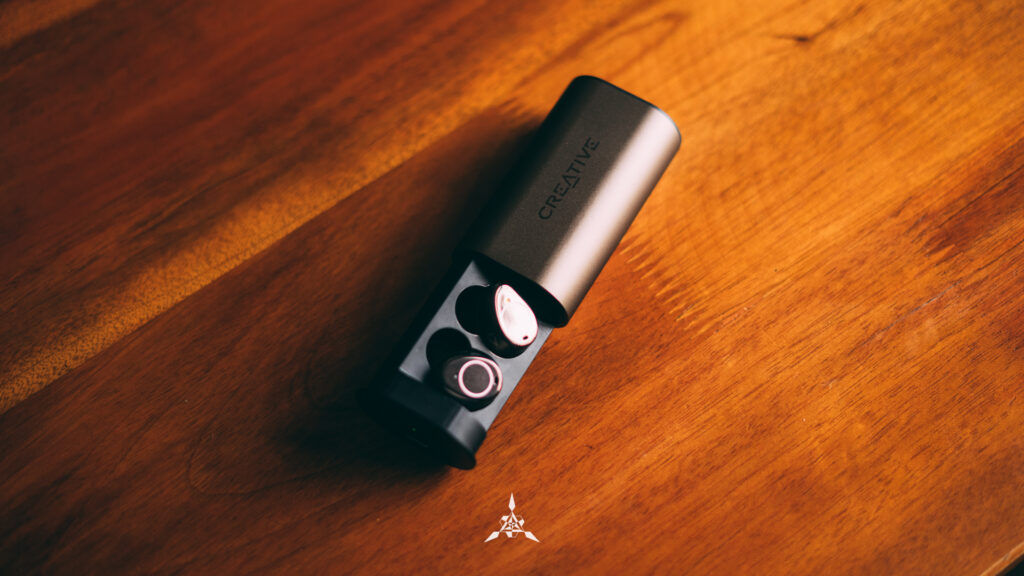 The case doesn’t bother me – as long it holds a good amount of battery reserve for me to not worry about connecting to a wall adapter all the time. It now even has Qi Wireless capability with the case, so, flip your phone over to charge it – if your phone allows. The sliding mechanism is a lot more buttery smooth.

The earbuds as been reconstructed from the ground up – it does have the “bulky” finish to them, but I like how these fit better, are designed better, and feel better.

The touch controls on the left and right earbuds are a new addition, in comparison to their button controls. The design choice is extremely crucial as it does affect a person’s ear anatomy – especially with prominent Crus of Helix and Concha. In comparison to the Samsung Galaxy Buds2 Pro, which goes for an abominable design choice – the Outlier Pro gets it right.

In terms of specification, the Creative Outlier Pro is decked out to the core. As someone who uses Jabra and Sony earbuds as daily drivers, there are elements with these that I just love more and fuels someone like myself, who listens to songs all the time. 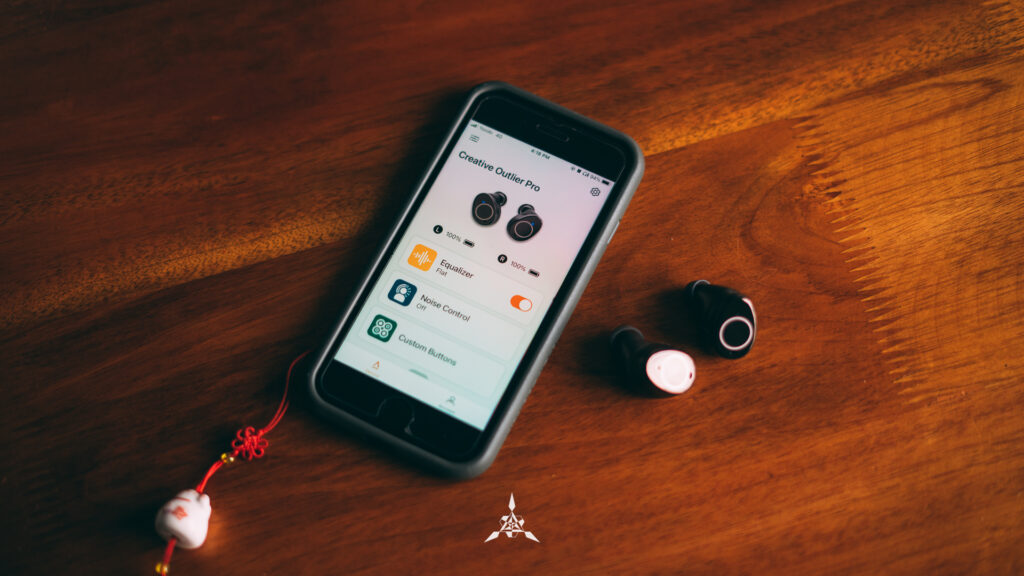 Usually, we are very much inclined in testing audio gears both on iOS and Android. But this time around, we are resorting to Apple devices because one of the biggest hits to these Creative Outlier Pro earbuds is that: they use AAC and SBC. While SBC is a generic codec and although android phones, in general, do support AAC, the experience isn’t quite there or as good as you’d expect from an iOS-based device.

The Creative App, which you can download from the App Store or Play Store, is pretty neat and clean. Instead of making things a whole lot more complicated, Creative has taken the simple route and given settings and controls that you need under simple terms instead of overcomplicating things.

Once you do tap the earbuds, you are greeted with the battery life for each earpiece and three toggles for customizing the controls and experience to your liking. EQ presets lets you choose from a variety of profiles, including game-centric ones. But if you want to skew the graph as per your liking, these Outlier Pro allows you to do so. The bass and treble, too, can be altered.

Noise Control lets you switch between ANC and Ambient mode but on top of that, you can choose the intensity of these ANC and Ambient Mode Levels which then gets synchronized with your earbuds. Finally, custom buttons, let you… well, customize the controls. There are very limited choices, but this is pretty good already in my opinion.

There is one more toggle, hidden deep within the app – and that’s the Low Latency Mode to reduce lag while watching or playing. I’d give the app a solid B+ as it’s easy to use and well put together. Nothing too much to overwhelm a user and nothing too little to let an audio enthusiast like myself, feel disappointed. 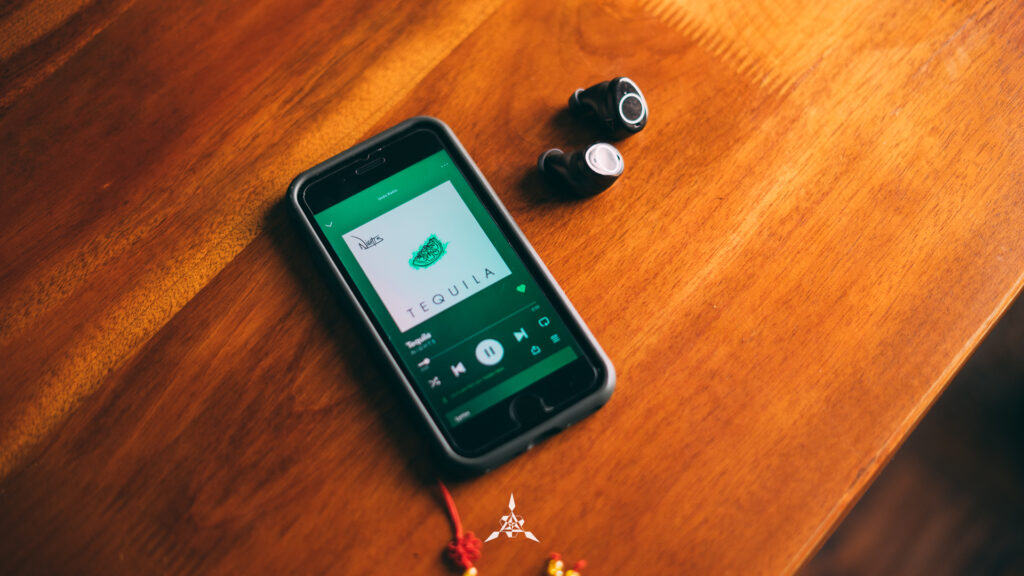 This Creative Outlier Pro comes with three different types of ear tips: your generic S, M, and L. Honestly, at this point, we have tried and tested so many True Wireless Earbuds, and as I mentioned how the design of it can be very obstructive. It’s safe to say, many will like how the Creative Outlier Pro fits – and not too odd or cause pain in the long run.

Now for the audio experience on AAC with flat EQ, these earbuds are a bit treble-centric because they can sound a little sharp with vocals. We listened to Adventures of a Lifetime by Coldplay as the song is centered around treble-focused tunes so to speak. It’s sharp and can be piercing at times, specifically with the guitar sounds.

The vocals do sound a little muffled and the bass isn’t heavy even flat. The song does lack that “immersive” feeling but close to the 3:56 mark, the guitar strum gives a hint that it is capable of giving a wider audio presence. At flat EQ it’s pretty much what you can expect. But the reason why we try this is to give us a neutral point as to how well it does without EQ tweaking.

After setting to different EQ profiles, we can notice the subtle differences in improving the audio staging. But I’d tune the Treble down and thank goodness, the slider for it exists.

The second song we put to test was Amnesia by Justin Timberlake. Now this song did justice for the immersive-ness. But something is lacking. Something, we can’t seem to point out. Despite that, the vocals were good and nicely centered, especially with the treble turned down. Timberland’s sound engineering gives a presence like no other.

Then we moved on to Need You Like That by ezi. The piano notes were very beautiful and the moment ezi started with her chorus, her vocals have a beautiful presence and the Outlier Pro does well in producing it beautifully. The 808 wave-like bass, has a nice balance – with not too punchy bass that can get tiring so to speak.

Surprisingly, the audio on this so far – has been better than I anticipated. The low frequency is what these earbuds excel in, and you can hear the lows and mids very well – which is important because many earbuds at this price tag fail miserably at these two frequencies and compensates for those with ear-deafening bass.

Yes, the Creative Outlier Pro does come with Hybrid ANC. Now, usually, I get too skeptical when earbuds at this price point tout ANC as they require proper engineering and tuning to get it right. And it makes you feel either you are at peace or you’d want to puke.

Creative’s approach to ANC, while it may not be the best, but it’s the most pleasant (and working) ANC we have heard at this price point. It doesn’t quite cancel out certain noises, such as me, typing on my mechanical keyboard and I can still hear the faint sound of Lorelai Gilmore talking from my speakers with a 20% volume. I do want them to improve this with a software update because I do see some good potential in them.

With the Ambient Mode…

…however, I wish it could be better. Now yes, it technically works as a pass-through audio to hear the outside world – which it sure does, but the Microphone lacks wind canceling – which is crucial for Ambient Mode. There is a grainy/waterfall-like noise at maximum output, because of the lack of a wind-canceling capability. Otherwise, you can hear but you’d be better off hearing things with the earbuds off.

Other things are worthy of note…

There are two other things that I liked about the Creative Outlier Pro – and they are: 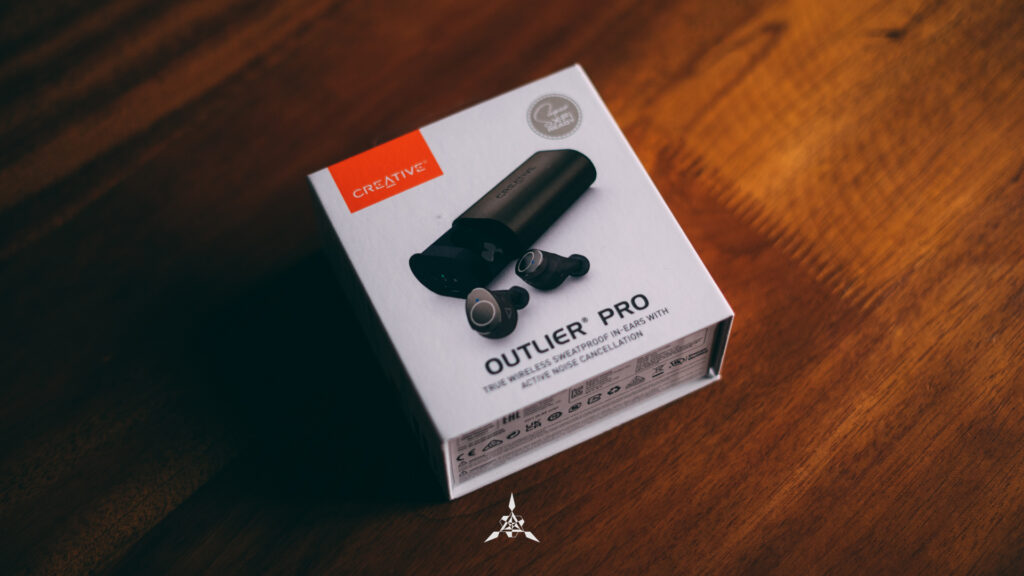 At $60 (SRP: $80) which roughly converts to RM 280-300 (which might change due to our crippling exchange rate), at that price point, honestly, it is a good budget ANC earbuds with a set of control which many earbuds at this price point lacks. This is a better choice than the Nothing ear (1), trust us. What you are getting with the Creative Outlier Pro is a good sound experience, good software support, and an alright-ish ANC which can be improved if Creative works on quality updates.