ROG Crosshair X670E Hero Hands On: A Feisty Board

Our journey to build our testbench to cover peripherals which do require one has arrived. Sure it definitely took us a while to get to this point but for what it’s worth, we are glad we are here. Given that this is a work in progress, we decided to do the ROG Crosshair X670E Hero Hands-on, as we enter this journey of sleepless nights benchmarking hardware. 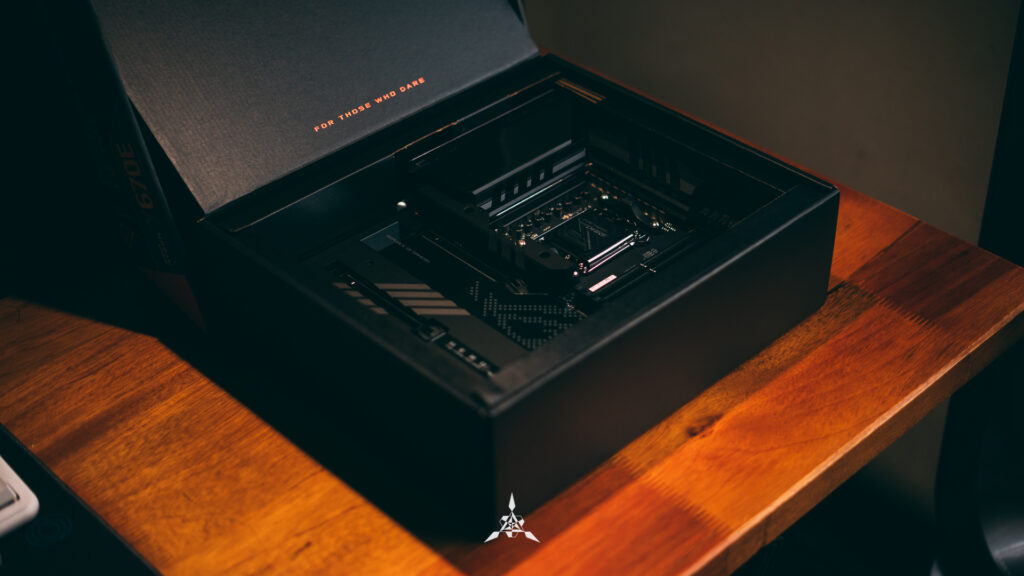 In the lineup of motherboards, ROG has to offer, the ROG Crosshair X670E Hero happens to be a board that keeps both enthusiasts and normal everyday gamers at ease because if you do need that extra headroom to push the limits, you can do it with this motherboard. The unboxing of this motherboard is pretty straightforward, and inside you are immediately greeted with the board all in its glory. 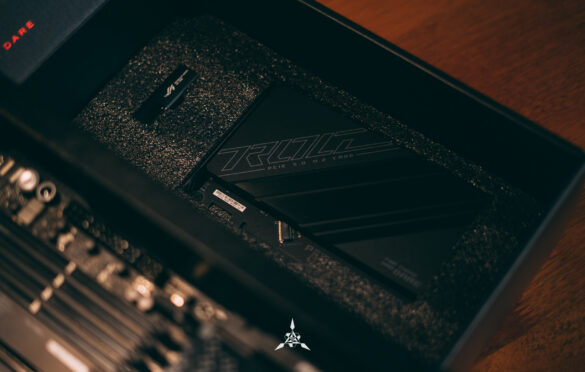 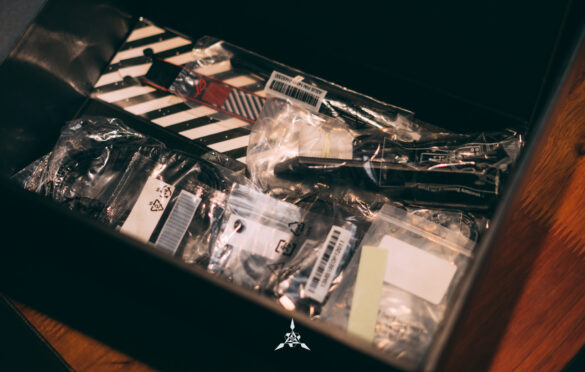 Once you lift that first tier box, below you will find two other accessories: a PCIe Gen5 SSD Card which is neat and a USB Drive, which we presume, could be used for BIOS updates. Then, as usual, you have other accessories like the cables required to build the PC and a nice little keychain souvenir – which ROG is popularly known to give their customers.

A Closer Look at the ROG Crosshair X670E Hero 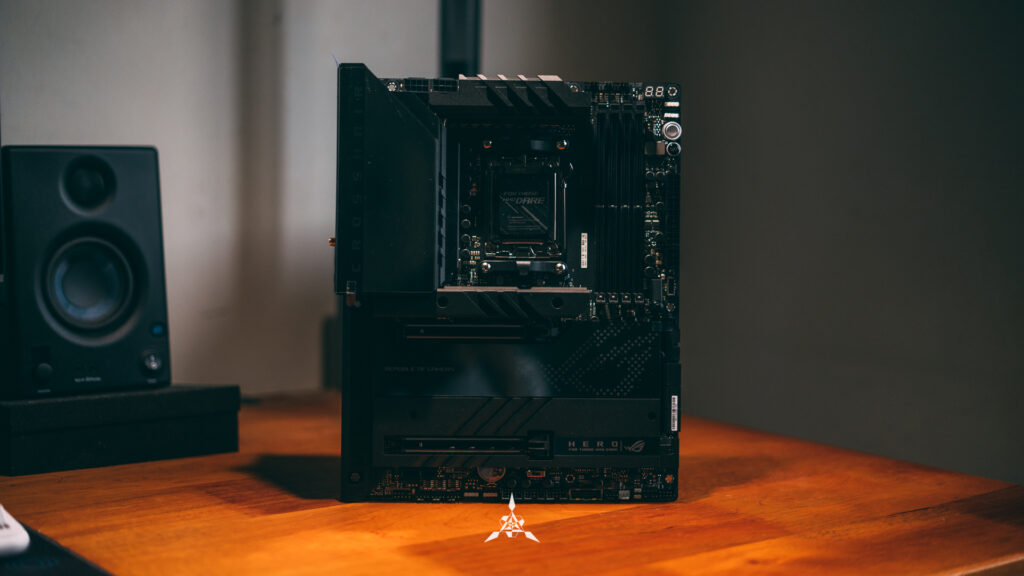 For one, I have always been a fan of all-black finish motherboards and while this might not be that all-black but has some shiny grey details which you can see in many areas, it still is one sexy-looking motherboard waiting to turn on enthusiasts and everyday users. 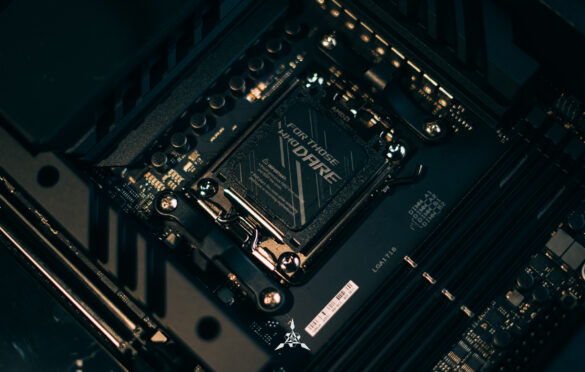 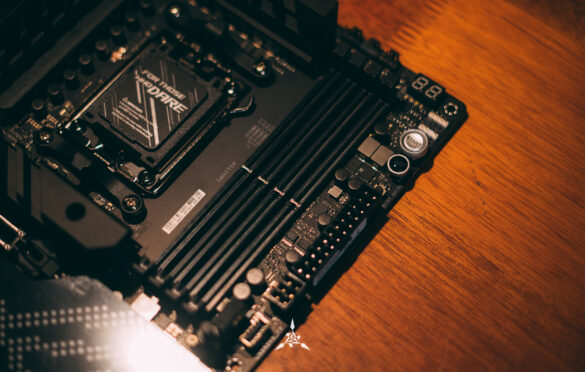 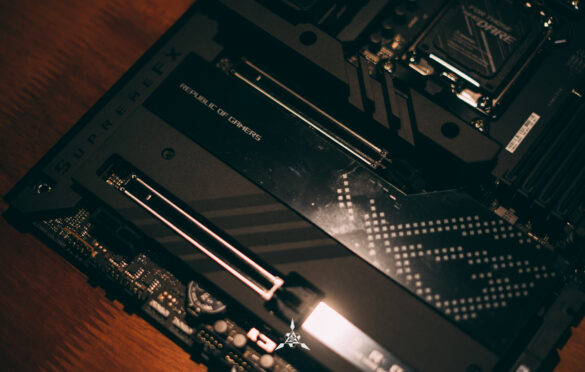 Immediately looking at the motherboard, you will notice the usual suspects – the Dual ProCool II Power Connectors on the top, the AMD AM5 Socket which is the newer socket used by AMD 7000 Series – in this case, the 7900X will be taking up the spot, 4x DDR5 DIMM slots, 2x PCIe 5.0 x16 and 1x PCIe 4.0 expansion slots and finally, this motherboard has not one but 4x M.2 Slots where two slots are capable of PCIe Gen 5 and the other two at PCIe Gen 4 respectively. You can have another PCIe Gen 5 SSD with the help of the M.2 Expansion card which comes included with the motherboard.

For thermal management, the ROG Crosshair X670E Hero comes with multiple 4-Pin PWM Fan headers and the integrated I/O Cover and VRM Heatsinks help to dissipate the heat from them. Then for the SSDs, there’s the heatsink and the thermal pads, which are included of course. 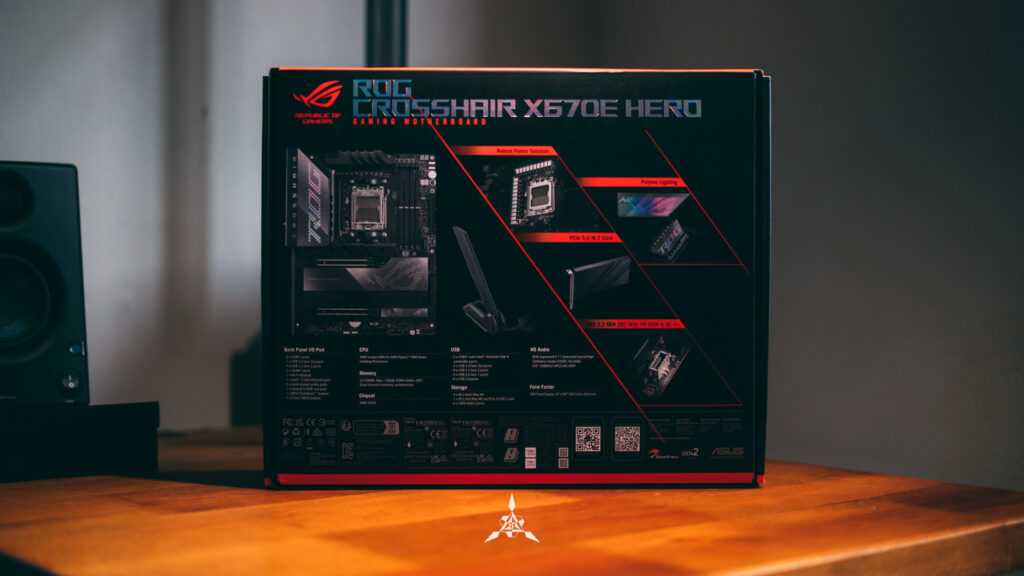 This ROG Crosshair X670E Hero does not skimp out on the ports and it has a good selection in fact. Here are all the ports: 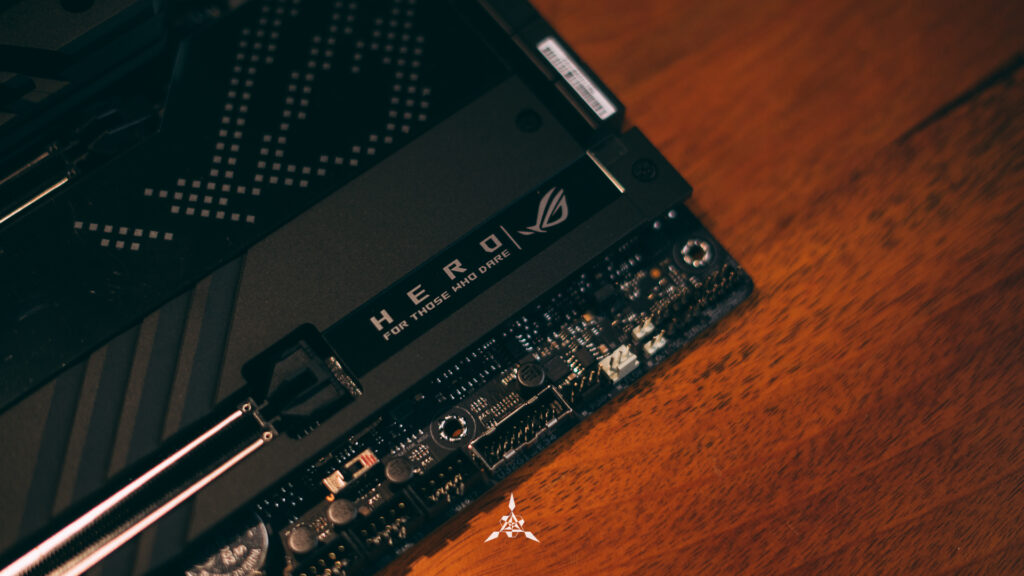 ROG has a track record of including some of the best DACs with their product and the ROG Crosshair X670E Hero doesn’t shy away from that. It comes equipped with SupremeFX ALC4082 Audio Codec, which comprises an ESS ES9218 Quad DAC high-definition DAC and some stereo playback output and recording inputs. Sure, it does come bundled with ROG’s suite of software which we will check out when we get the chance. 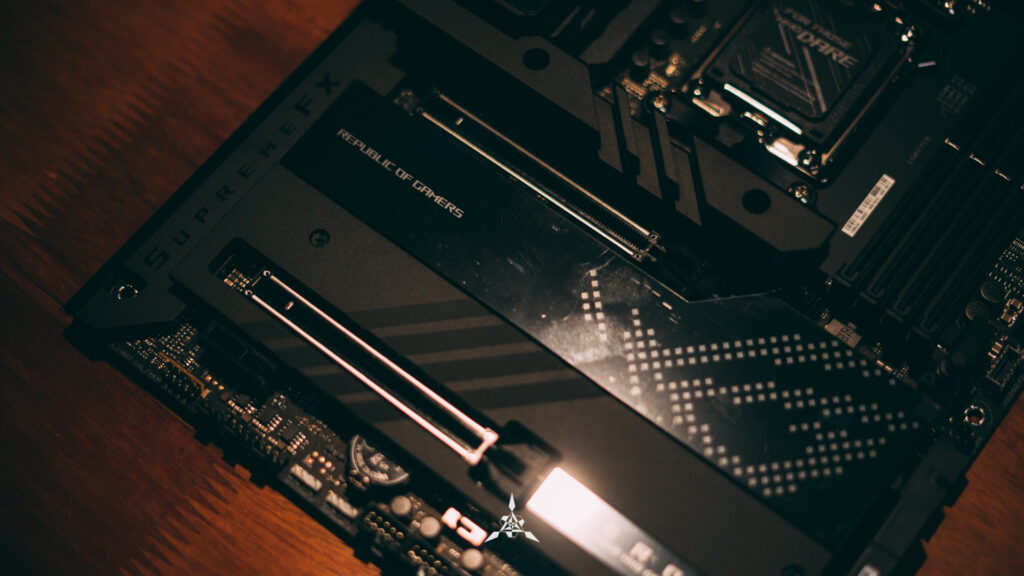 One of the immediate details we picked up with the motherboard is the PCIe Slot quick release. With more and more GPUs getting bigger and thicker, it is definitely getting hard to reach the latch to disengage and remove the GPU with no hiccups. So, ROG has managed to engineer this quick-release button on the side, where one click will disengage the lock very easily. It’s called the PCIe Slot Q-Release.

There’s another “Q” letter feature and that’s the Q-Latch for the M.2 which allows you to install the SSD without extra tools.

Then there’s the Flexkey which is customizable based on what you need – it could be to turn on and off the Aura Lighting or even to enter BIOS and more. The Q-code panel on the top is also something which we see with more enthusiast-grade motherboards like this one – where the number digit code which it displays, specifically pinpoints the error, for users to rectify the issues easily. 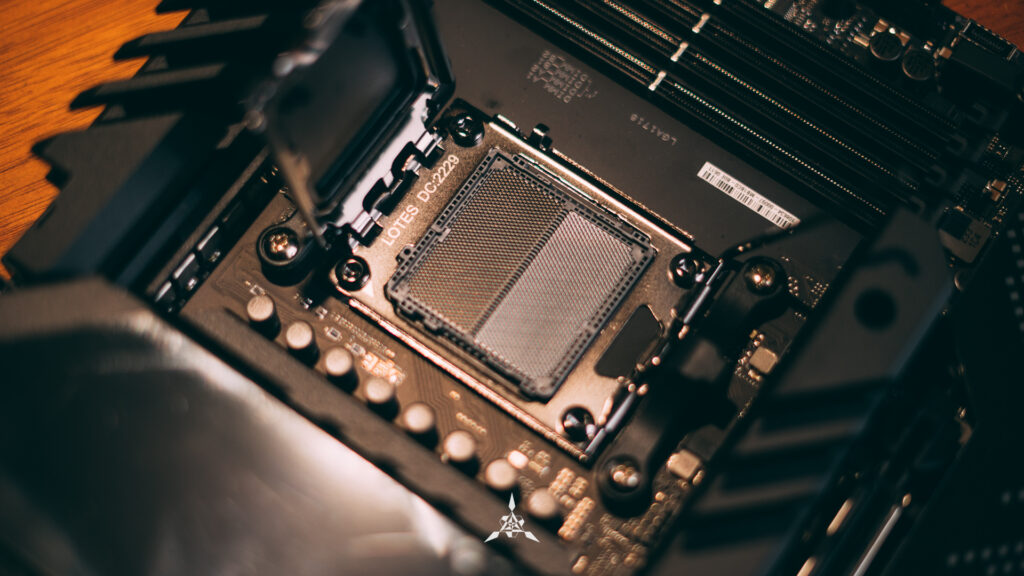 Starting off with the VRM, houses an 18+2 power stage and each of them is capable of handling 110 amps. In our case, it is more than enough to handle the AMD Ryzen 9 7900X. Then right beside the processors, it has 10K black metallic capacitors which do the input and output filtering for high-temperature operation. Close to both VRMs and Capacitors are the high-permeability alloy-core chock rated to handle 45 amps, and these are accompanying the power stage.

Now to be frank…

For our level of expertise, the ROG Crosshair X670E Hero seems a little too overkill but it’s just the right amount so to speak. It allows us to test some simple things which we have done before but it also allows us to explore more in the future. Not to forget, ASUS has one of the best track records in making amazing BIOS and Motherboards. Given our “basic” knowledge, it helps us troubleshoot with no problems if we run into any, at ease.

This doesn’t mean that we won’t use other boards for our test bench, in fact, we do have another board in mind, but for now, we are settling with the ROG Crosshair X670E Hero. Now yes, benchmarking takes a lot of time, we have experienced it before and more so, ask our friends at Tech Critter, they know better. But for what it’s worth, you will be seeing some interesting content in the component space which will be a collaborative effort with some friends we trust.

So, in this ROG Crosshair X670E Hero hands-on – this is pretty much what we can tell. We will review it, surely, but we almost have all the components to put together this test bench. We are still sourcing our GPU and the Testbench casing – so, hopefully, we can do that very soon.