Samsung attempt in making proper flagship smartphone has always been a huge hit, rarely a miss and it goes without saying that both the S series and the Note series has received really good reviews and recommendation from a lot of users and even from us too. That said, their S21 lineup is here for the year and it takes a lot of note (pun intended for a good reason), from its predecessor and enhances the experience further. But doing a review just in about 2 weeks, doesn’t cut it – so we pushed it further by taking it to two months to see if Samsung really took things seriously and acted upon it and here’s our final verdict on it. 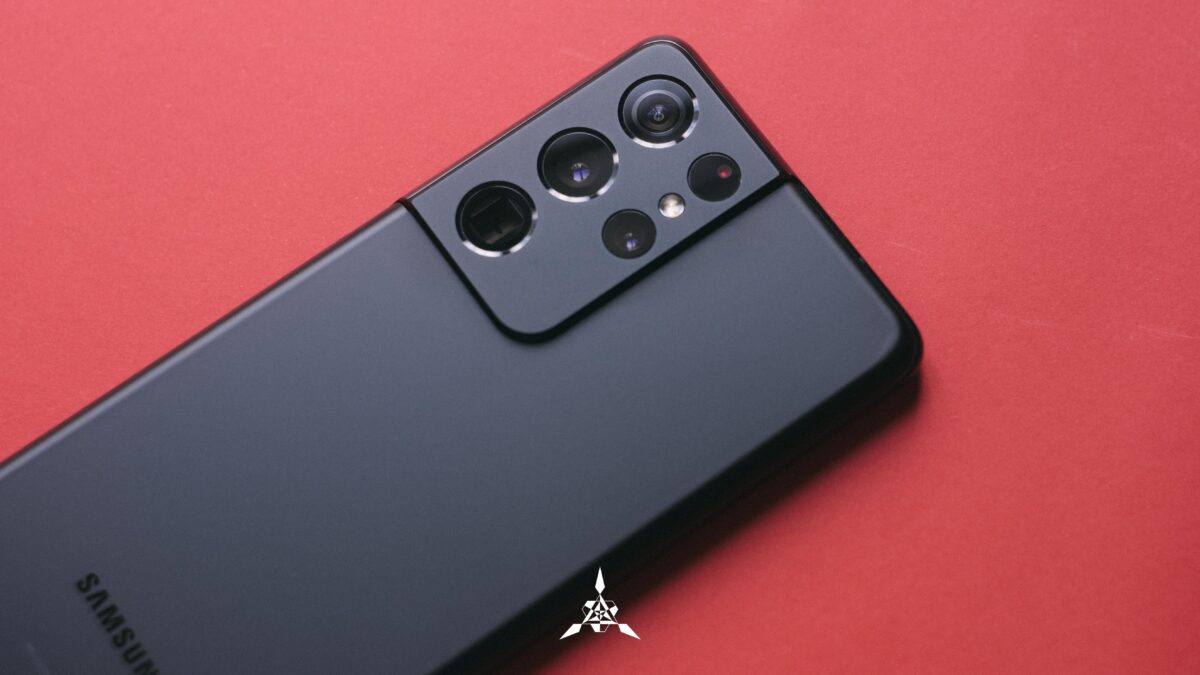 When we attended the embargoed event before the official launch, Samsung mentioned one thing that was clear as the day: that is the S21 and S21+, the flagship smartphones consumers need, and the S21 Ultra is what a smartphone can be – essentially highlighting the vision of what’s to come in that phone that fits in your pocket. This is something I totally agree because not everyone has the need for cutting edge specification that would make users feel like it’s a must have in their life. The S21 Ultra covers a little more ground than the S21+ and definitely a lot more than the S21 because if you do look in our comparison article, you do realize the S21 misses out on a lot of features, which the S21+ and Ultra carries. But it isn’t extremely significant which is a good thing, which is why – you can have this urge of wanting the S21 Ultra, but you don’t need one.

But if do get into the S21 Ultra, here’s what you are getting into – the goods and the not-so-good and this is based on our experience.

The Korean Giant’s vision in packing the top-of-the-line specification in their flagship has never faded away, in fact, it’s the magic that keeps on giving. The S21 Ultra we received from Samsung is equipped with 12GB of RAM and 256GB internal Storage which is non-expandable. You can go for the toned down 8GB | 128GB or even the 16GB | 512GB, but the difference in performance regardless of the extra RAM, is just a hairline different. Powering this phone is the new Exynos 2100, their new octa-core behemoth that delivers what it supposed to do. In select countries, you will be receiving the Snapdragon alternative. 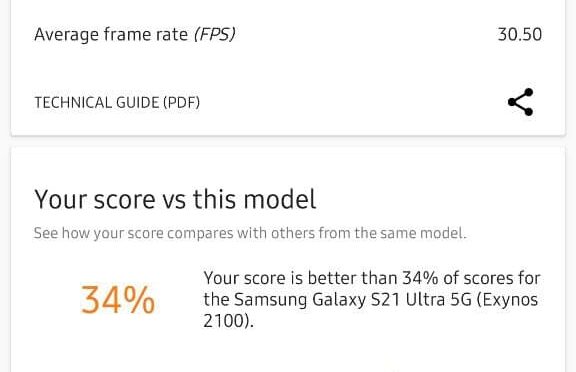 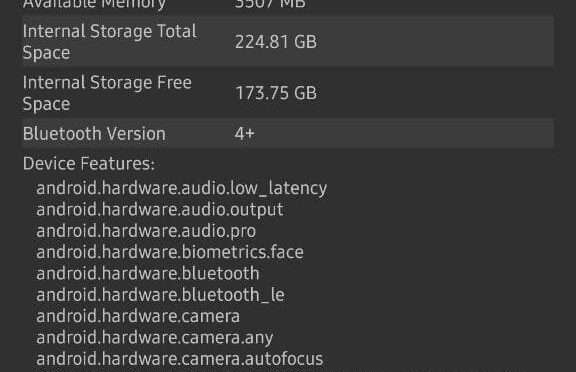 Now, put that whole Exynos or Snapdragon battle aside because in all honesty, it really is least of our worries for a whole lot of reasons. Both the processors are capable of delivering flagship performance in and out, and Qualcomm’s processor has a slight edge in the GPU department where the performance is far better than Exyno’s 2100, but it doesn’t mean that the 2100 is automatically bad. Given that users opting in for smartphones in general want to get the best experience possible, the S21 Ultra lives up to that with its snappy multitasking, good gaming performance and overall better stability. After all, at the end of the day – users want to use their phones more to capture memories and be able to socialize with their friends and family, you are still picking up a good flagship smartphone with the latest powerhouse.

This one is a good one in my books: Not only the brand decided to bump up the display’s peak nit brightness to 1200, bring the same good colors with their Dynamic AMOLED 2X Display, higher refresh rate – they added support for S Pen. This is literally the first Samsung Galaxy S Series to ever support S Pen with their phone and the ONLY S Series smartphone from the S21 lineup to support.

If you know me, I come from the Note series and I have always been a fan of the S Pen for various reasons. That said, jumping from the Note20 5G to the S21 Ultra was alright, because of the inclusion of the new S Pen Support. We purchased the case with the S Pen and did a content on its own which you can watch below. 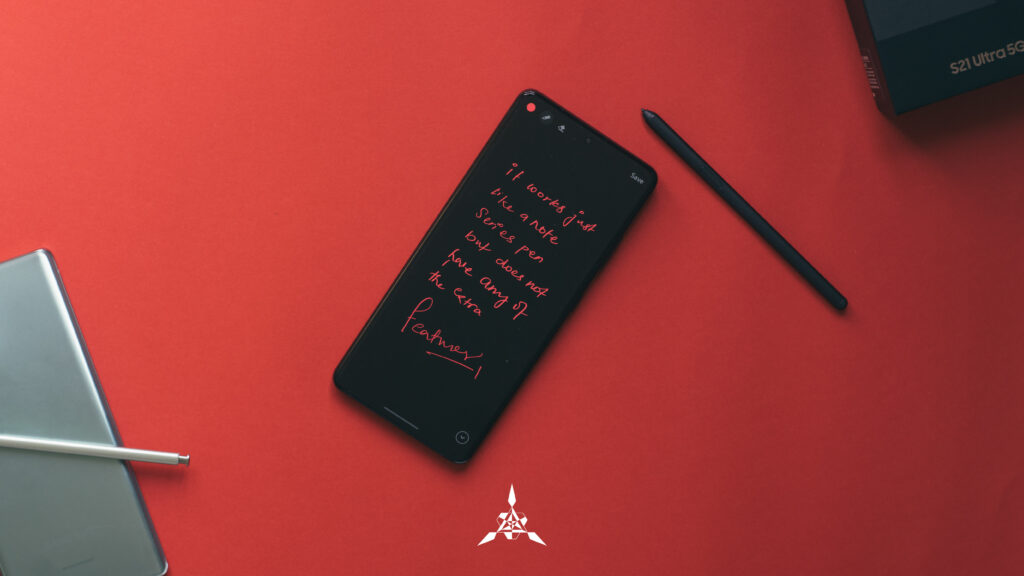 The thing about bringing the once-exclusive feature to the Note series over to the S Series, gives users the option to either opt in or not because giving users the option to do so is good. Some of my friends who got the phone didn’t get the S Pen because they didn’t see a need for it whereas others like myself, needed the pen to keep our workflow smoother, just like with the Note we used. Sure, the S Pen on the S21 Ultra works the same way as a Note8 – essentially the pen has no other extra magic wand features, but for users who truly use the pen to write, sketch and focus on the productivity aspect of things, it doesn’t matter to them at all.

Good Software Support, but can be better

This is one place I cannot stress enough that Samsung had to improve in the past. The lack of support for a premium smartphone in such a short span of time makes you wonder why you spent the 4 figure Ringgit on a phone that only lasted for 2 years – and that was me when I purchased my Note8 and regretted two years later with no updates to the latest One UI or Android OS when I know the phone is capable of handling more update.

The brand promises to offer good support for their new phones, by giving up to three years of proper updates and security updates to make sure the phone gets the best features and experience as time goes by. That increase to three year is a good sign, but it can really be better given that these flagship processors have the potential to last longer than 3 years, and if its really the flagship of tomorrow, well, I am sure Samsung can improve that aspect of things. Afterall, right now – its more important than ever given that the Cupertino brand brings better longevity with their devices for consumers.

Now let’s talk about that 5-camera setup this particular smartphone houses. Unlike the last gen S20 Ultra which had a hit-and-miss of a camera with the Space Zoom being the key feature of the phone, the S21 Ultra improvises the idea with some interesting technology to make it better in certain ways. Before that, the phone has the following sensors:

We all know how the wide angle and ultra-wide works, but interestingly this has not one, but two telephoto cameras rated at different optical zoom. They call it the Dual Tele Zoom System – where it switches the further you zoom in. Then, it uses a Double Folded Lens and AI Super Resolution enhancer, to make the image look useable. Samsung opting in for two proper sensors to do that Telephoto is smart as optical Zoom are usually limited and when you go past the breaking point, picture quality will get deteriorated. They have also added a Zoom lock, a feature I love to be able to shoot images further away with steadily. 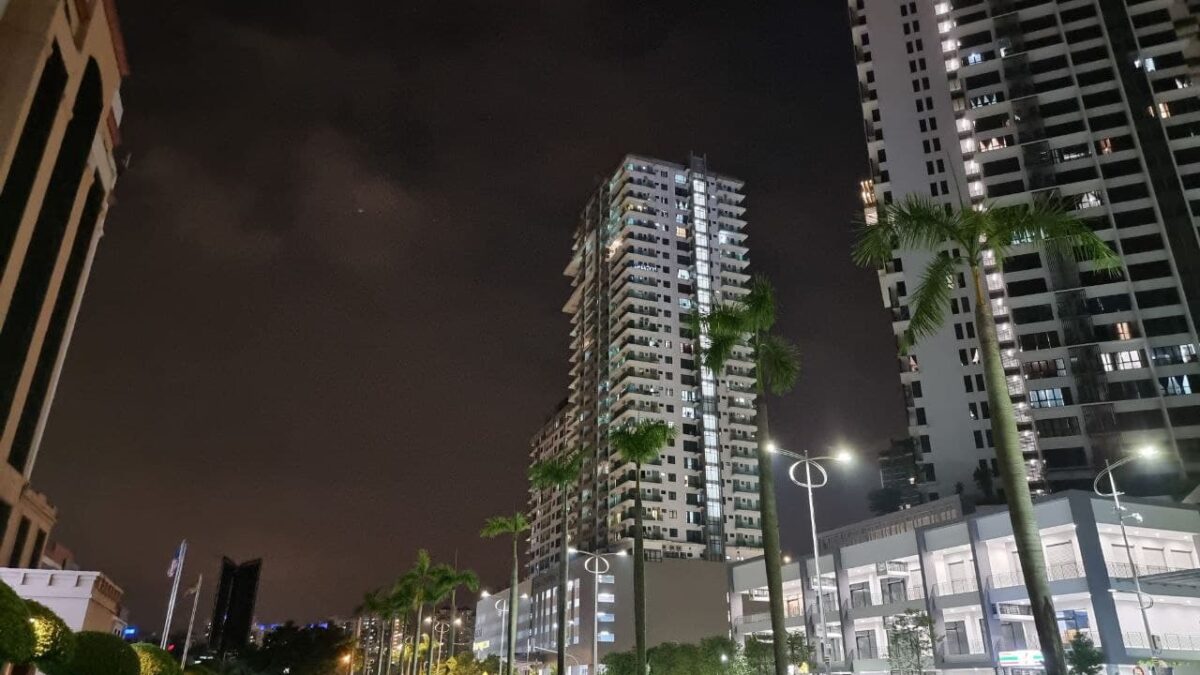 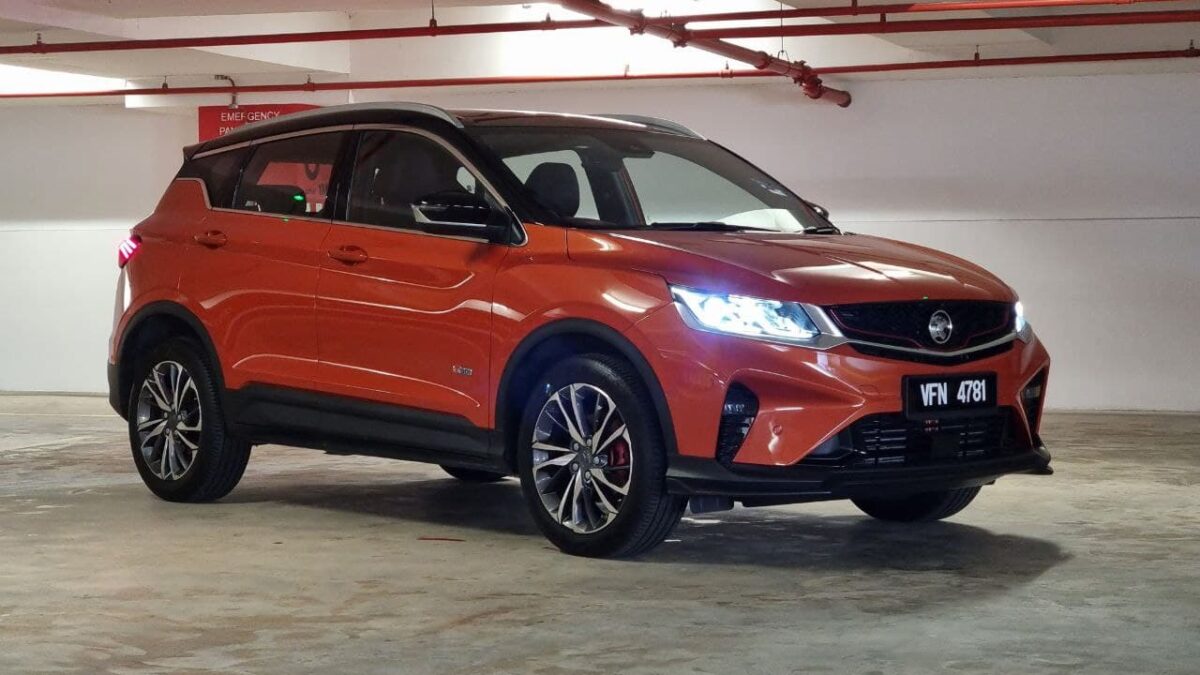 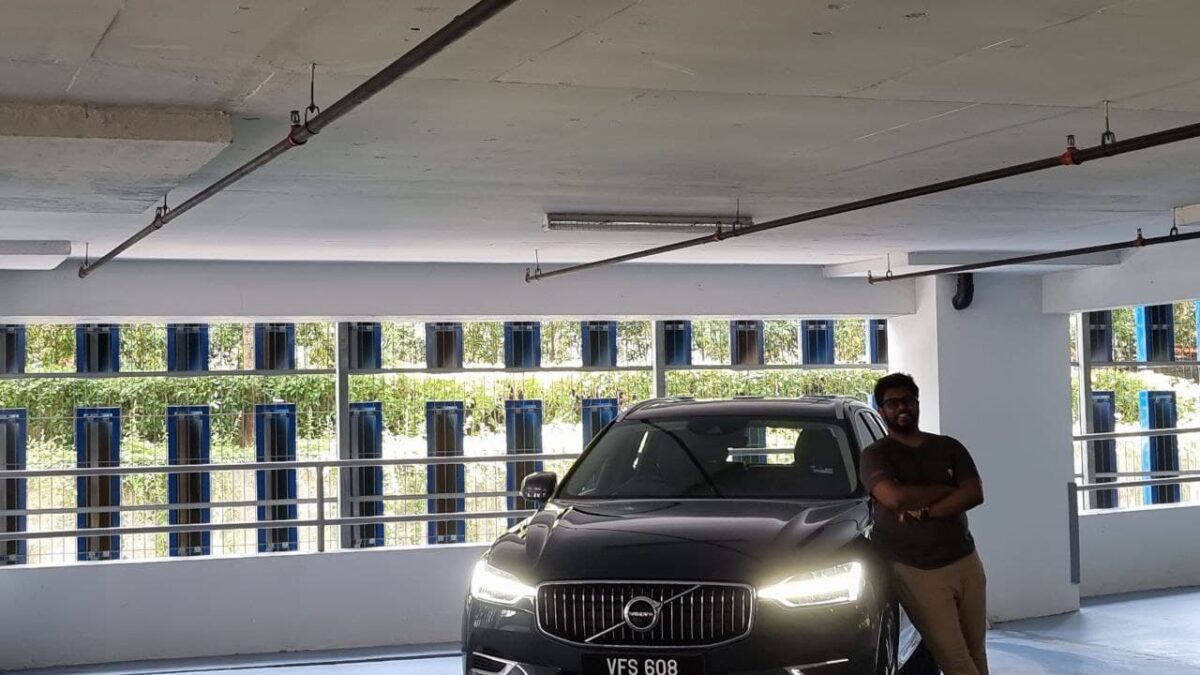 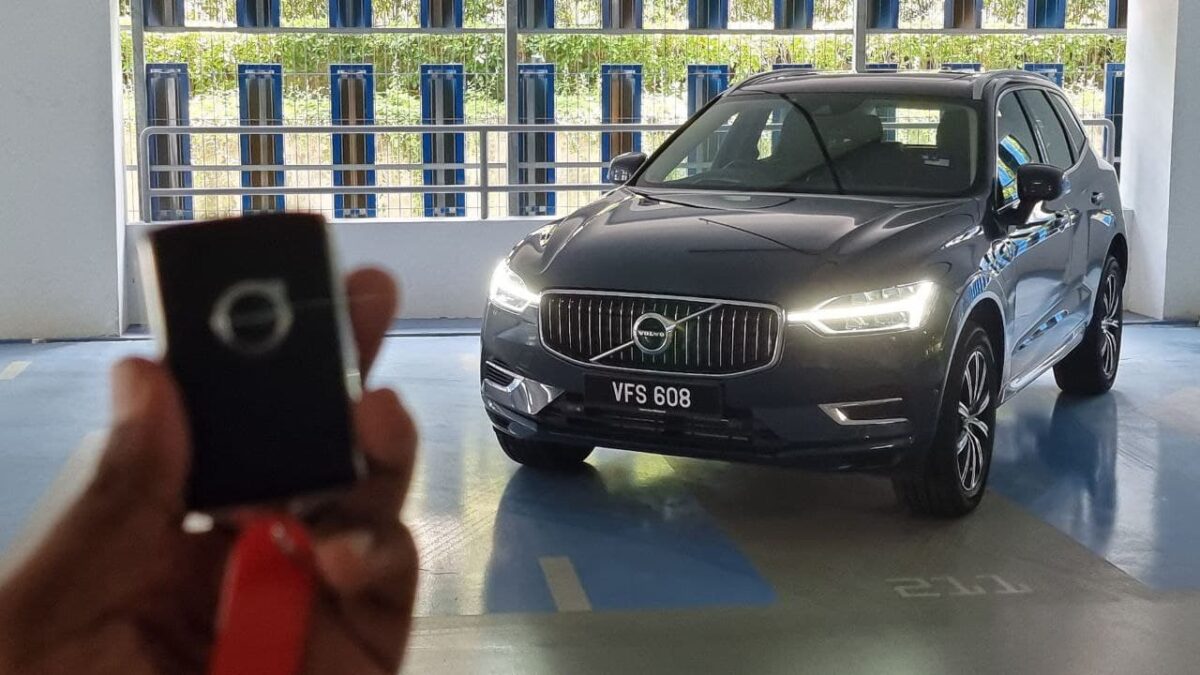 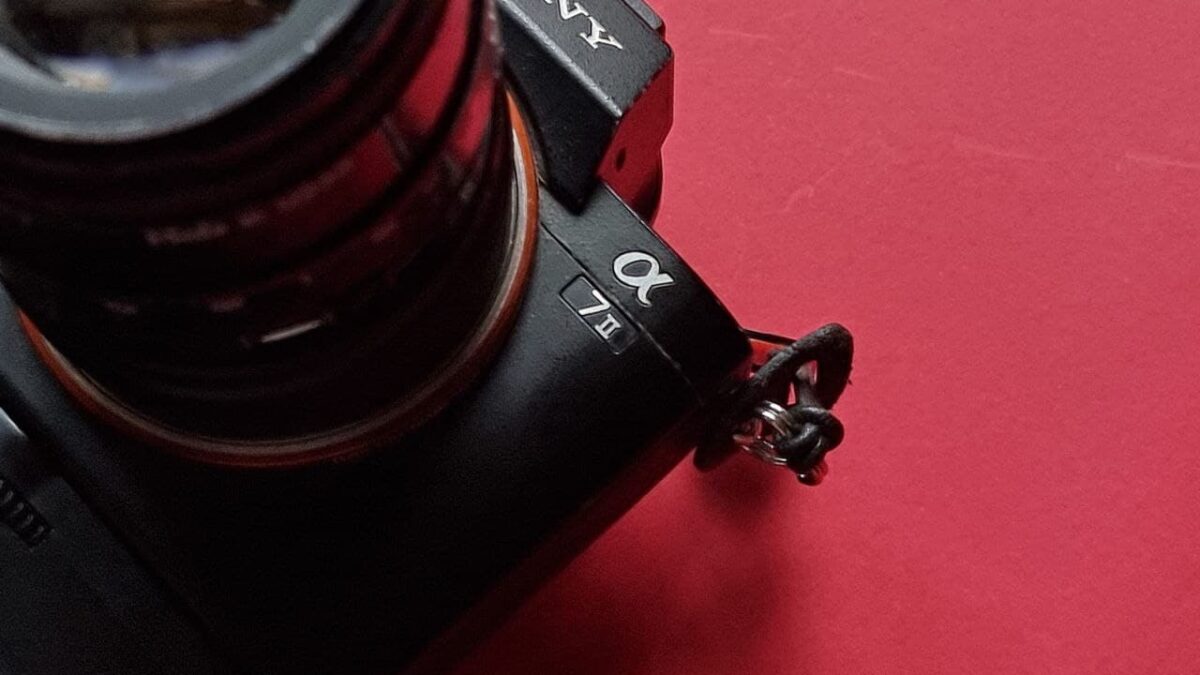 As for the rest of the phone camera performance, it has the Samsung element to it – the punchy sharp contrast that looks vibrant as you point and shoot, which works great for the most part, but some users might not prefer these colors. It does side towards a warmer color tone but on a bright and sunny day, you can see the image looks crisp and at night, the Night Mode helps in ways to get usable pictures and store it in your phone as memories.

Interestingly, this time around – Samsung’s sudden focus with IoT is something I was caught off guard. Previously, they have been bringing some change to the whole experience with features like seamless pairing but this time they have included a new feature to expand their Ecosystem experience further – the UWB – Ultra Wide Band, we will dedicate a content specifically for this but for now – what you need to know about it is that – this module is a short-range wireless protocol that works on radio waves. Its essentially like a radar that continuously scans for the object, locate, and communicate.

It was introduced with the Note 20 Ultra first, but it was with S21 Ultra when Samsung really started speaking about the particular sensor and their role in how they are going to unify. This obviously made them do a new accessory, the Samsung SmartTag, where you can keep track of your object, even use it as a key to your doors and your vehicle. A good potential right there, but its still something in its early stage and only time will tell on how well it will evolve, but if I had to go with my hunch – the UWB is here to stay.

In fact, we got the SmartTag for review – so stay tuned for it.

This particular subject depends on how you view it – we see it as a smart move for one reason: We have never used the adapter that came with our phones after our review duration is over, and we switch to the adapter we use on a day-to-day basis. This is not something we just do, in fact, so many users out there say the same and has spent extra penny and dime to get a faster charger, leaving the original charger back in its box. So, Samsung removing seems like an alright move and spending the money to give a better hardware for user is a better move. After all, we only have one earth and have to take care it in whichever way possible.

So, where do we stand with this Samsung Galaxy S21 Ultra? This phone refines the Ultra moniker it carries behind the title and gives the user who is out looking for the future-is-here-smartphone in their hands. It even goes to a point that the S20 Ultra becomes a forgettable phone especially when you have such a fine polished S21 Ultra. Samsung made their mark with the Ultra phones, but it’s the  S21 Ultra that left a really good mark.

But hey, if you don’t have the spending power to go for the S21 Ultra, don’t worry at all because even Samsung positions the Ultra more of a niche phone. Even we don’t recommend it because of the price tag it carries and not everyone has the spending power to do so. You can still get the similar experience with their Galaxy S21 which we reviewed not too long ago and the S21+ if you need the extra UWB feature, bigger display. But I have to say this, the Samsung Galaxy S21 lineup leaves a nice mark so far and if they can fix some of those issues, chances are, things will get interesting.