Back in October, we went to Gamescom Asia to meet amazing game developers, companies and so much more, to see where the industry is headed and what we can expect. While it was a short event, it sure was a great one with so many good ones we met and enjoyed, which we will cover soon. But there’s one thing I always do during my trip. Take something I have never used before and put it in a real-world situation, to see if it’s what I expect it to be. So, ROG Malaysia was gracious enough to loan the ROG Zephyrus G14 GA402R to use for this trip and I can tell you this much – it was the best decision I did. 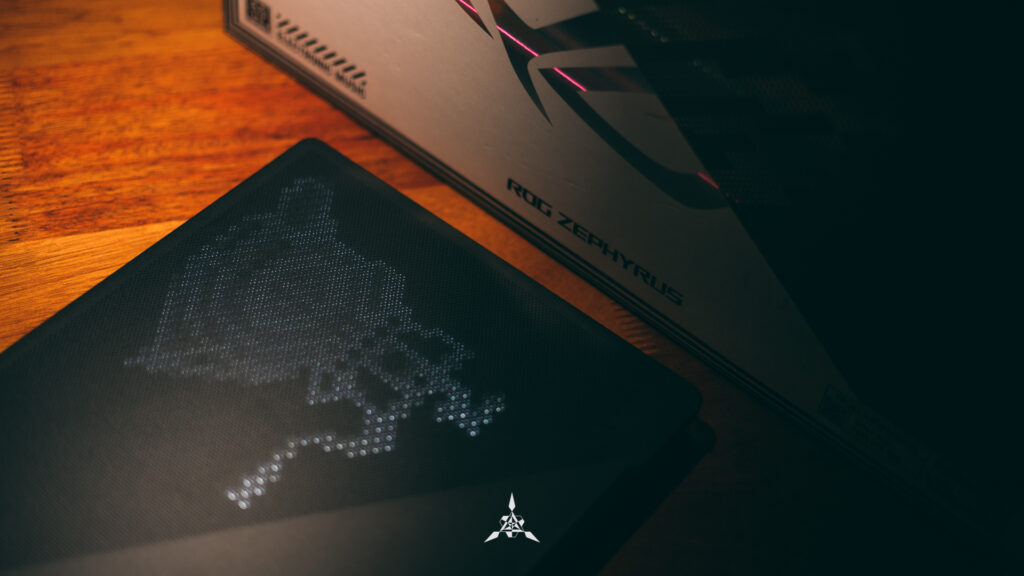 It’s no surprise that the Zephyrus G14 became the hottest laptop, that defied your usual gaming laptop and still retained a profile that’s just too good to be true. To put it in two words, it is Compact and Complete. The ROG Zephyrus G14 GA402R is exactly the same. We got the G14 in this Gunmetal colour-like finish which worked the best for us. The AniMe Matrix display which has LED offered a better contrast, and this laptop was a great showstopper.

I had moments when folks came over and the laptop was a conversation starter. It was pretty amazing to have a laptop that grabs the attention of many and as an introvert, it was intimidating but hey, there were a few moments where the ROG Mascot Virtual Pet would just do cute things and people would just giggle looking at it.

Small Enough to Work and Run Around 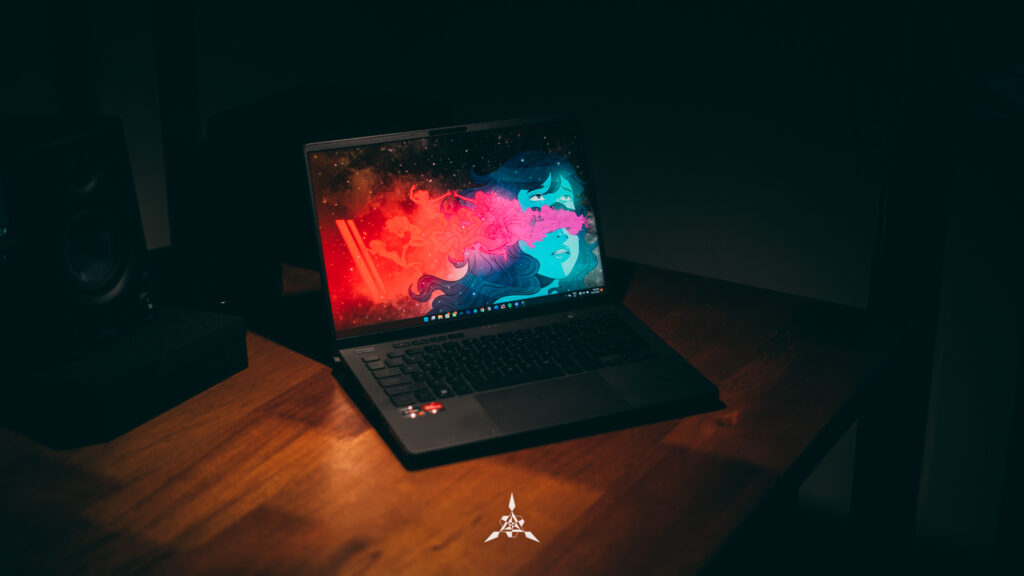 The main reason why I wanted this laptop in my bag is that, for a gaming laptop, ROG designed it in a way that it is compact and well put together. I don’t get this from other laptops and it makes the ROG Zephyrus G14 GA402R the only choice you can go for. From 1:1 interview sessions, running to the next panel interview, meetings at Ya Kun Kaya Toast at Suntec and even editing images for The Adventures of Vesper social media – it was great.

I didn’t feel like it was a burden to carry it around, nor it was a hassle to deal with.

The other reason for the ROG Zephyrus G14 GA402R is its performance. For those who know me, I love my ASUS Zenbook 14X OLED – it is still my trusty laptop that has everything I need from a productivity standpoint.

But when I want to edit images and videos, it isn’t the right candidate. As I am away, this laptop got both sides of my work, which is editing and productivity covered. There were moments when I did play games on it but it was just a fun break I had to take.

Also, this is the first G14 I am seeing with an All-AMD specification, running the following:

Whatever you see above is not your average specification. If this was an Intel and NVIDIA-powered laptop, we know for a fact that the GPU would get the lower TDP variant. That’s not the case with the AMD-powered ROG Zephyrus G14 GA402R. It has too much raw power, more than it should.

Most of the time, we noticed the idle temperature has always been around 55-69 degree Celsius. Once you start using it, which we did in our case, it goes to the high 90 degrees Celsius which is hot for a laptop this thin. What’s funny is that: it still goes further because it can. So, in my case, when I do use it a lot – I can feel the warm thermals around the keyboard.

There were times I used an external display where it would just flicker a lot and we had to switch to the Ultimate GPU Mode to have the output be consistent.

The MUX switch made a Difference, not without its Hiccup though

ROG Zephyrus G14 GA402R has a MUX Switch, which makes a WHOLE lot of difference when you want to use it. Basically, it allows you to scale up or down the performance you need through four modes.

By default, it’s on the “Optimized” mode – it relies a lot on the discrete GPU but when you are in battery mode. As the GPU was untouched for most of my productivity-centric work when I was on the move, it proved to be worthy and was exactly what I needed. There were moments when I scaled up to use my editing suite which was amazing. 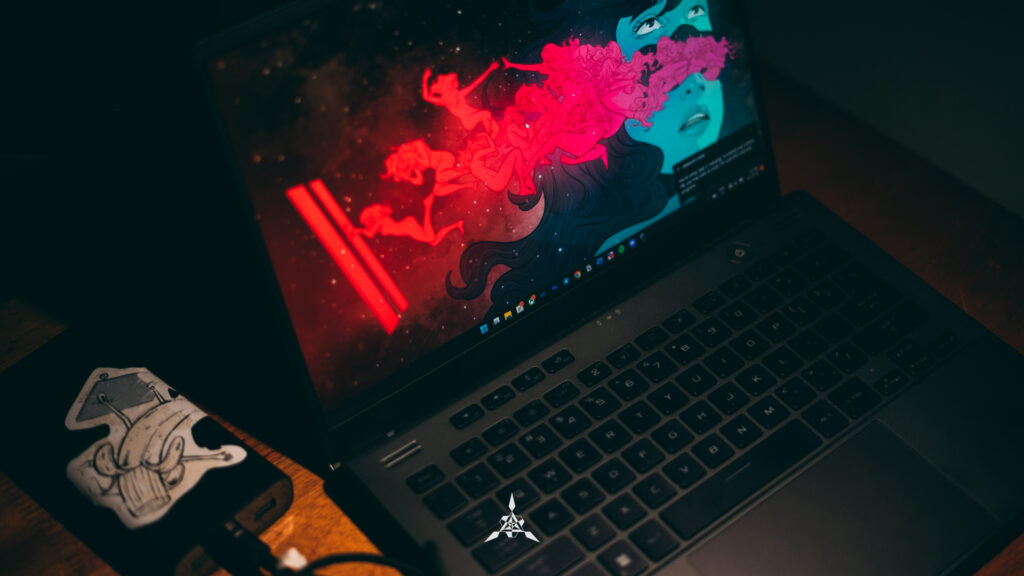 But it wasn’t without its hiccups. There were times the laptop would just display a BSOD or even shut down abruptly, which I wasn’t very happy with. I believe an update would help, but I could be wrong because Windows S0/S3 state affects the process a lot. So, this is a challenge to fix but… let’s see.

Now, this laptop comes with the behemoth 240W Barrel Adapter but also comes with a 65W USB-C charger. Most of the time, when I did run low on battery – I had to find places to charge but thank goodness, the USB-C charging allowed me to use my battery bank. So, to have the versatility to charge however I want is an excellent addition.

Since it is an AMD laptop, only one USB-C port supports “the charging protocol” while the other is just a normal USB-C port.

Honestly, this isn’t our usual review with one too many synthetic benchmark numbers – well, we do have some but it’s not quite extensive. But the whole idea behind this review was to see how well this laptop keeps up with me in my fast-paced environment and to see if ROG did the right laptop. When we reviewed the first G14, we did it during the pandemic lockdown. Now, we took it across our neighbouring country – Singapore. 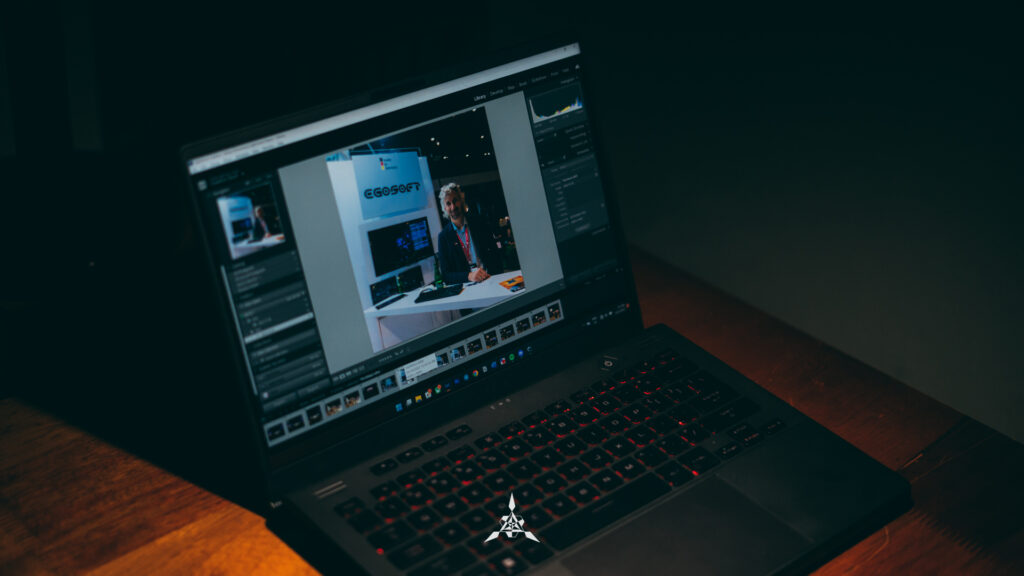 So, if the day comes when I want to replace my Zenbook 14X OLED, I’ll jump to the ROG Zephyrus G14 GA402R or the G14 with the next-generation hardware.

I do want them to fix the MUX Switch issue with AMD and perhaps, AMD could also opt in for a lower TDP-based Radeon because not everything is about “RAW POWER” – I’m sure they’d know, after all, they got the U Series Processors right.