Samsung didn’t refresh the Flip as much as they did with the Fold, and while the Fold targeted power users, the Flip was more of that lifestyle smartphone and the one I was into. When we reviewed the Samsung Galaxy Z Flip, there was nothing but to be extremely excited because it revived the past, a time when phones were fun. After unveiling what Samsung could do with a flip-phone, they skipped a number and in this Samsung Galaxy Z Flip 3 Review, I am happy to say that we have a winner. 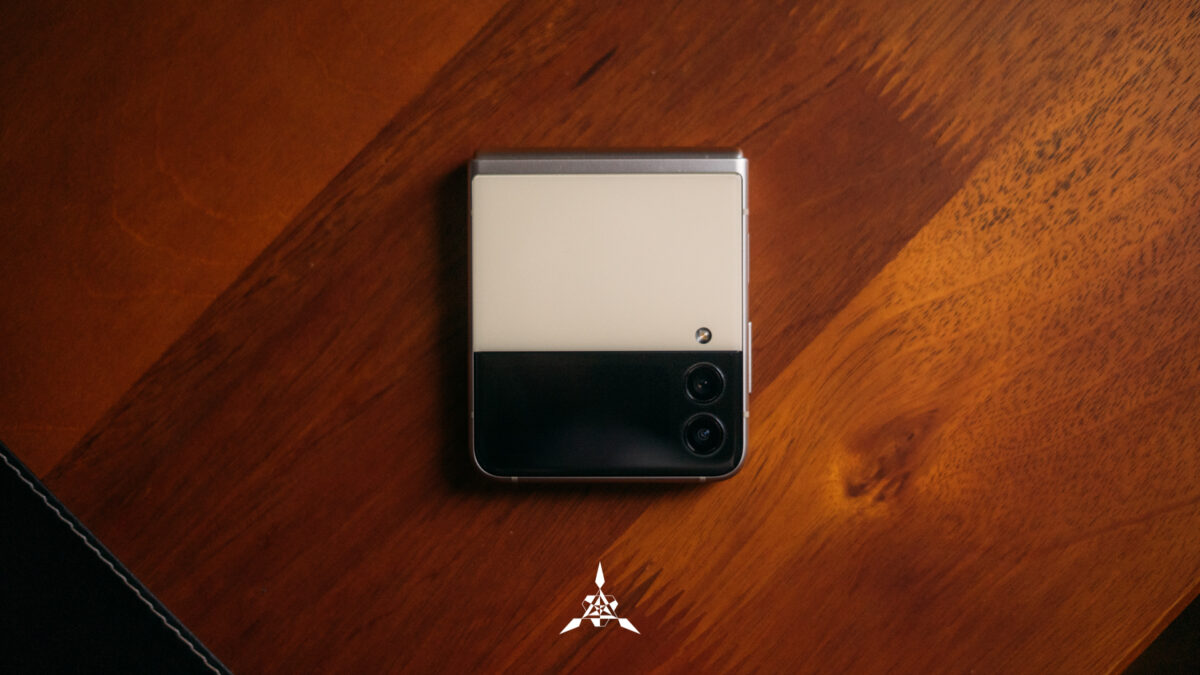 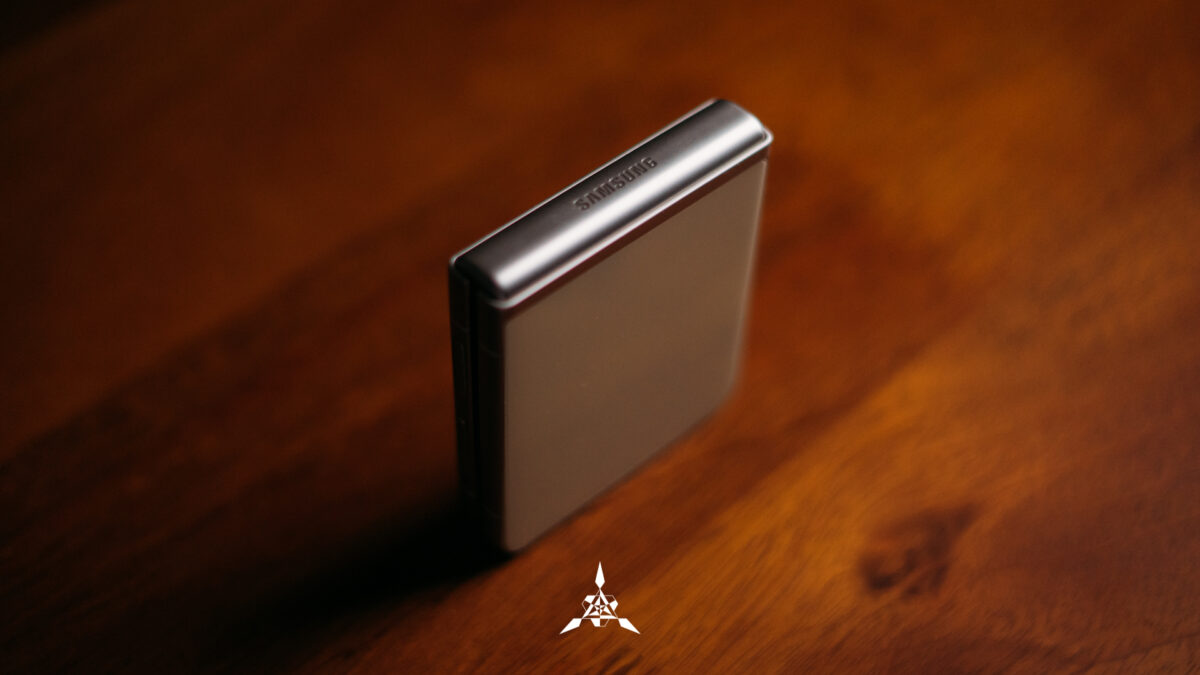 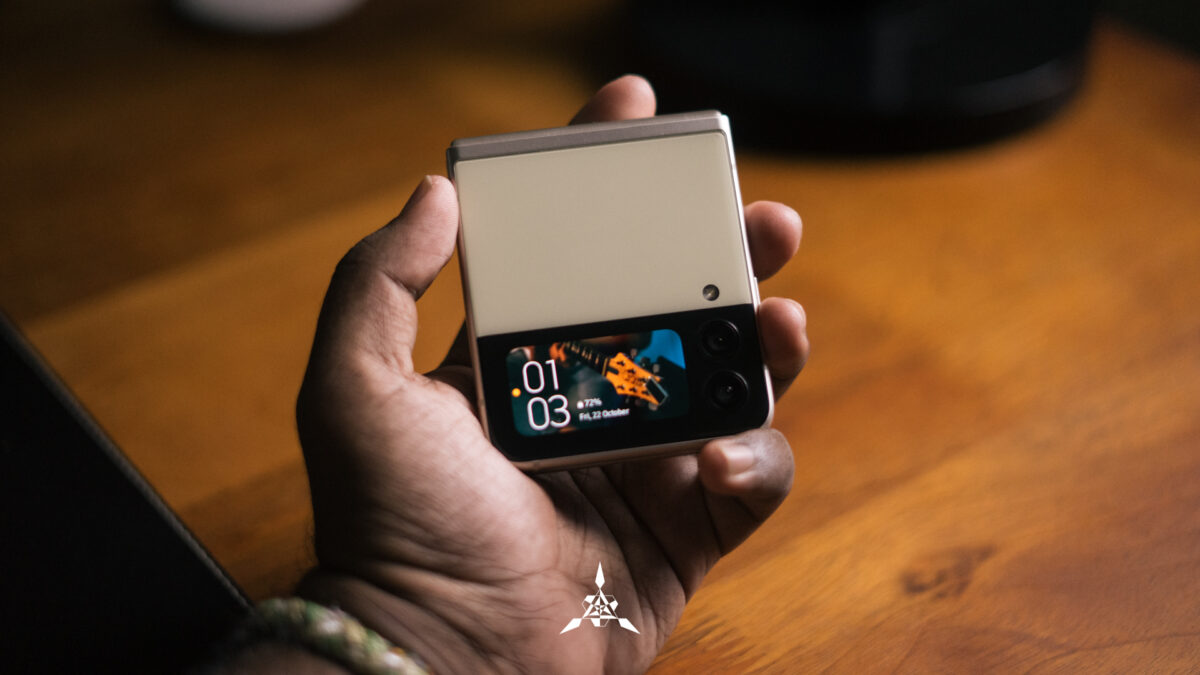 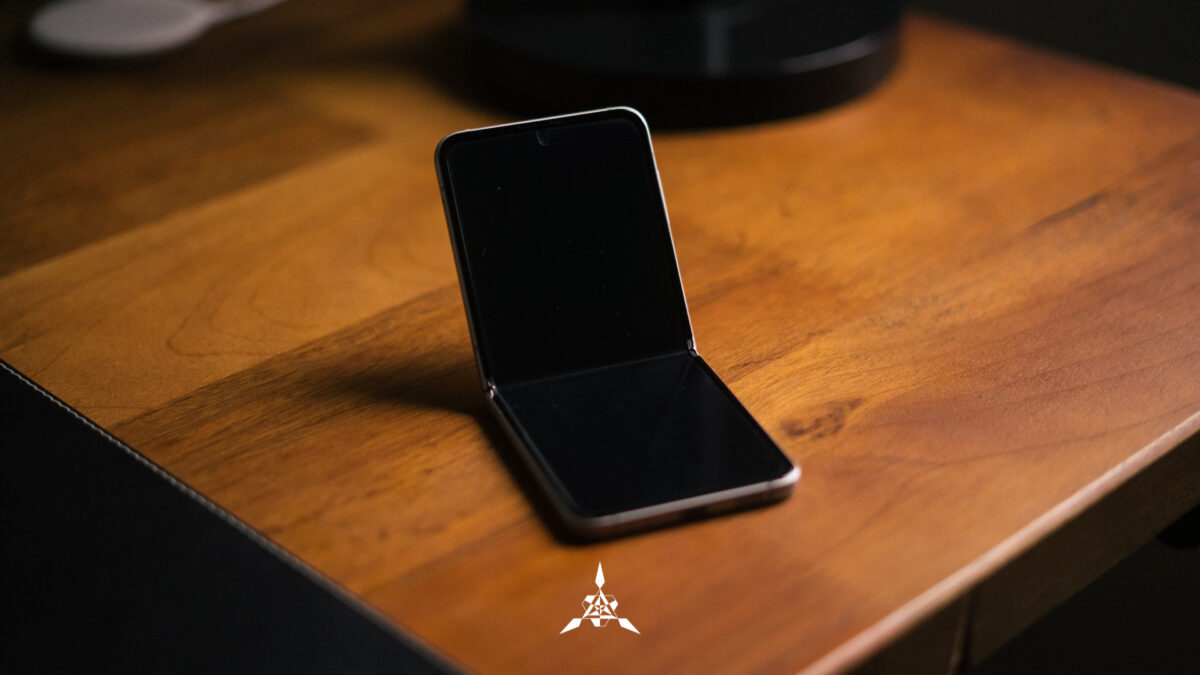 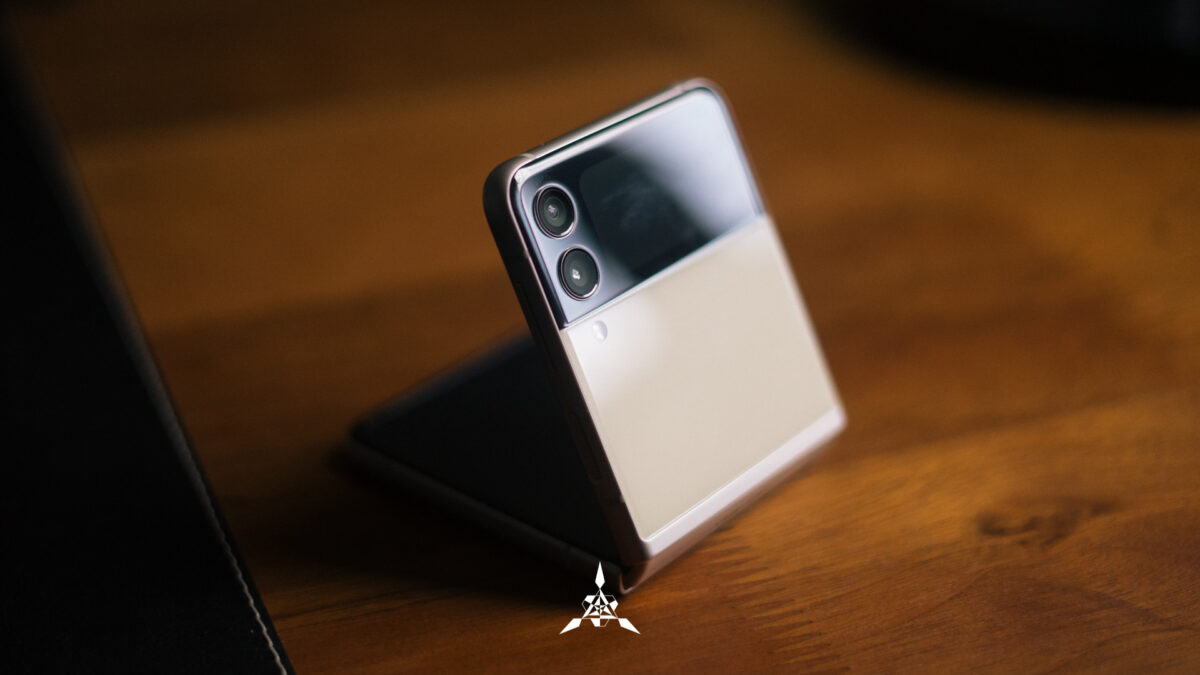 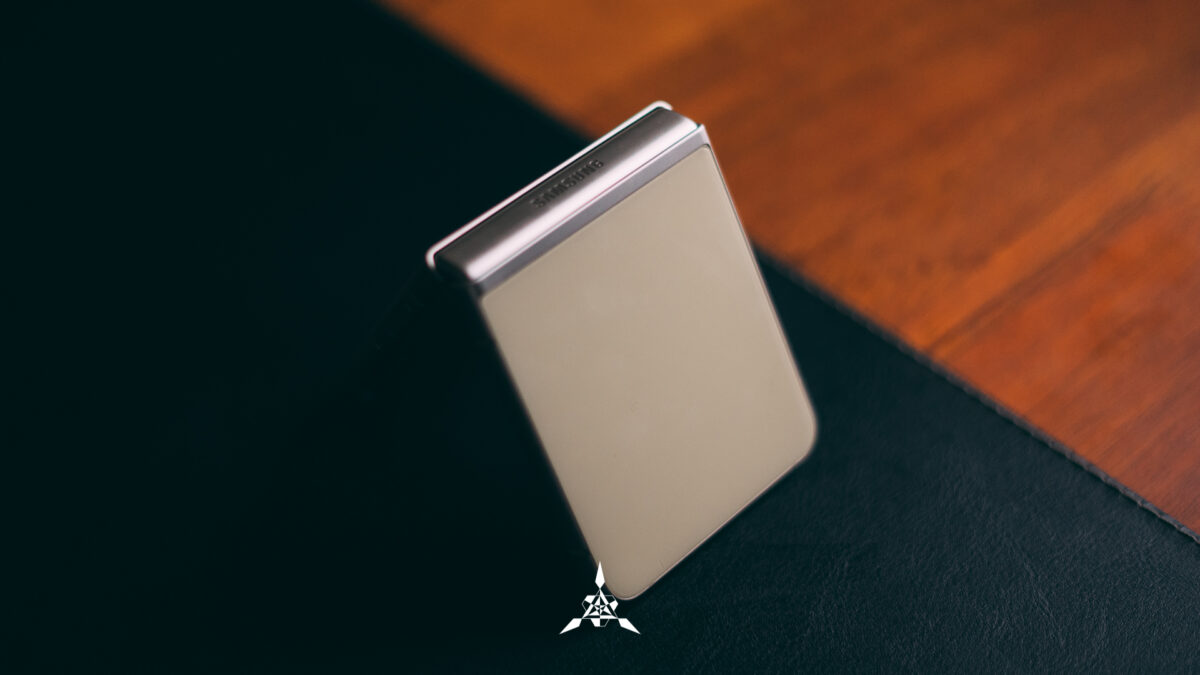 The first-generation Flip and the current Samsung Galaxy Z Flip 3 looks two worlds apart. Knowing Samsung, they tend to stick to a signature design of sorts – which you can pinpoint with their other smartphones, that are distinctively Samsung. This time around, the chic looking Samsung Galaxy Z Flip 3 turns every single head with its poppy colors, giving consumers to choose the color that speaks to them the most. Samsung sent us the Cream-colored Z Flip 3, which is one of the two colors I’d choose from their offering, the other color being the grey (a personal favorite color). That said, the bespoke-ness of the Z Flip 3 is enough to convince anyone to relive their Moto Razr days of yesteryear.

Covered in two pieces of glasses that carries the device color and a well-done metal construction that’s extremely solid and robust, better than the first generation – puts the Z Flip 3 ahead with the right amount of touchup and improvements. Once you do flip it open, you will notice how crazy slim the phone is. Took me a while to take in but it is relatively thinner than my current daily driver: Samsung Galaxy S21 Ultra.

It’s long as well – so, in a side-by-side image with my S21 Ultra, you can see its taller by height and narrower by width but folds into half – which is my favorite thing about the Z Flip 3, being able to bring a behemoth of a phone in a compact size. Oh and, say hello to IP68 on a foldable.

Just like the Samsung Galaxy Z Fold 3 which is a dual display smartphone, the Samsung Galaxy Z Flip 3 too is a dual display smartphone. Unfold it, you get a proper smartphone size display and fold it, you get a little window-like screen on the front. We are going to talk about the little display because if you read our previous review on the older Z Flip, you know we wished how the display on the front was bigger and it did get bigger. 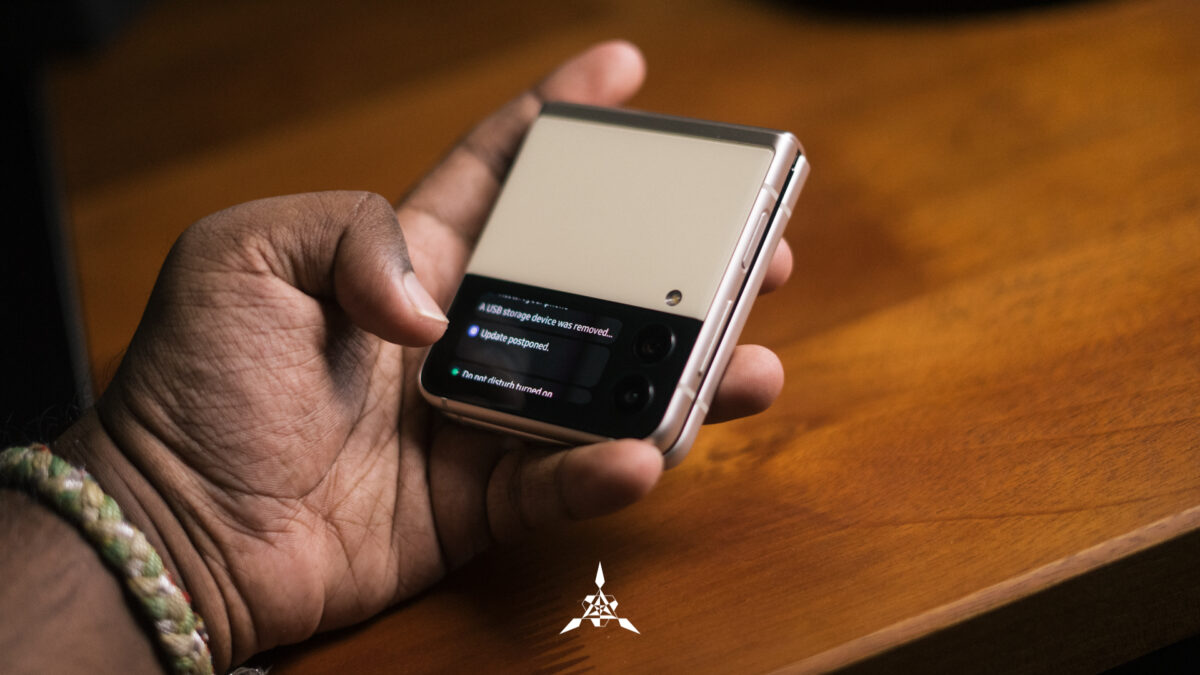 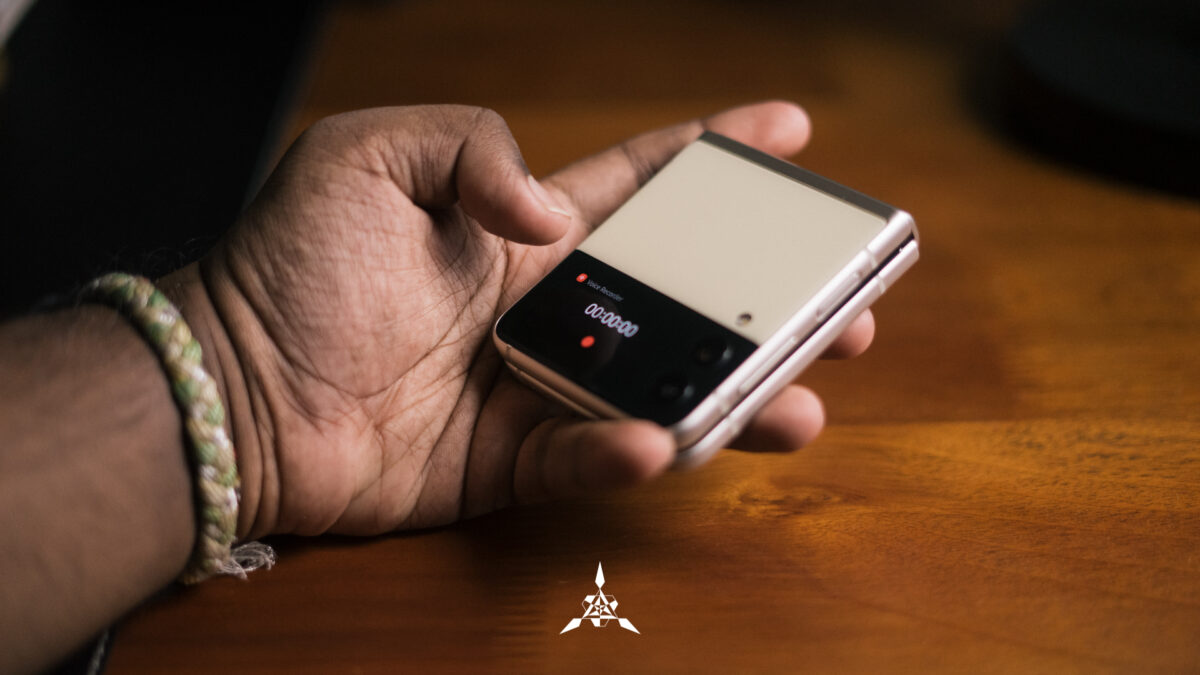 Now, not only you can look at the display for the time and date, you can do more than that – be able to look at all the notifications properly without needing to open the phone all the time to check a full notification, set a custom timeout to be able to read pretty much everything in the notification center, and have widgets such as Music Player, Voice Recorder, Timer, Agenda of such kind. There are some other customizations available for users to like to set their own wallpaper with a clock face which is decent. Double press of the power button allows you to use the little display as a viewfinder which is great, and the gesture control is pretty neat.

Despite all of that, the options to have widget is limited to what Samsung allows you to have but it would be great if users could add custom widgets like Controls for the Buds Pro or Buds 2, for consumers who are invested in Samsung’s ecosystem. Other areas with limited customization are the swipe-down toggle where you can only choose to control the brightness and the sound mode. This can easily be fixed with an update where they do give more options to do things, but I am glad that switching from that Fit e sized screen over to something bigger made the experience totally worthy.

On to the Bigger Display

As soon as you unfold, the Z Flip 3 welcomes you to a 6.7”-inch Infinity Flex display with the front-facing camera cutout on top. If you noticed, pretty much almost every Samsung smartphone is getting the 120Hz experience and the Z Flip 3 doesn’t miss out on that as it gives consumers a taste of that buttery smooth refresh rate in the palm of their hands while they swipe around with their fingers.

The crease on the display is still there and for some users it might bother them and for others it might not but at this point, that crease is something users need to live with as displays can’t fold into halves like paper does, at least not yet. But Samsung did reinforce near the folds to make sure nothing goes into the phone and cause any damage to the display. Overall, we feel like the experience has not changed much from its predecessor except for a better quality and higher refresh rate but that’s all you need.

But that 120Hz is overkill because it does kill the phone in no time which we will talk about in a bit in the Battery Department.

Rather going for a Samsung Exynos semiconductor which is on their shelves, they reached to Qualcomm’s shelf – opting in for as Qualcomm Snapdragon 888 Processor which – we will be absolutely honest, runs extremely snappy and hot. Flagship processors are getting more powerful than the earlier days, but when there isn’t a balance between power, thermal and endurance, it surely is a recipe for disaster. The Samsung Galaxy S21 Ultra which runs the Exynos 2100 this year is a delicious processor as it has a good balance of everything and even the battery management is decent so to speak.

But the 888 in the Samsung Galaxy Z Flip 3 runs fast, and has poor heat dissipation which I wished had better thermals but given that most users aren’t even going to be power users purchasing this – you will be okay but if you are like me that’s a power user and still want to use the Z Flip 3, chances are you will also carry a battery pack with you because you need it. 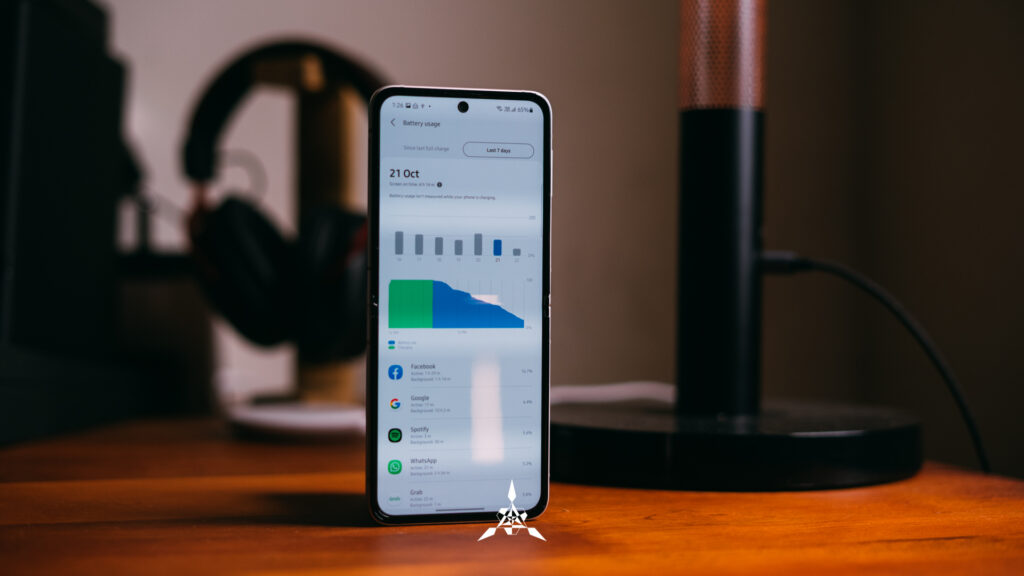 The battery life and charging have to be the weakest spot for the Samsung Galaxy Z Flip 3. It houses a 3300mAh battery and it doesn’t last very long. During our time using the phone, where we used social media, entertainment, and a little bit of office work stuff – we managed to get about 3 hours and 53 minutes of screen on time, ending exactly at 10:52pm with 1% battery left about to rush to the charger to get to 100%.

Remember, the battery test we did above was with 120Hz enabled. When we switch back to 60Hz, we noticed a 15% improvement in battery life, giving us extra hour of screen on time and slightly more to last till midnight strikes. So, if you want better endurance, that extra hour, 60Hz is enough. Resolution aside, refresh rate affects battery performance more. 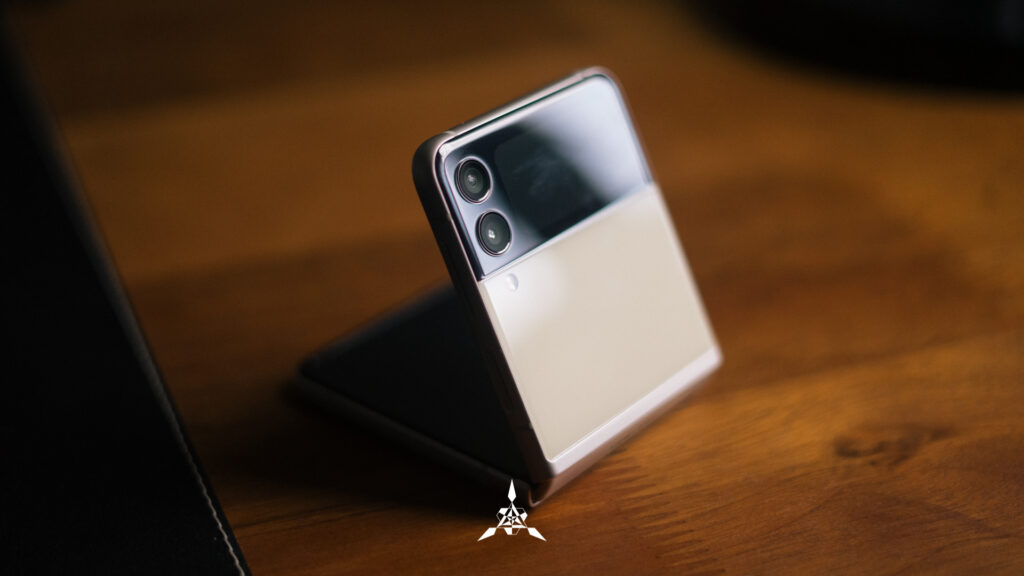 Finally, moving to the camera aspect of things – it houses dual-no-gimmicks-12MP camera – one ultrawide with f/2.2 and the primary shooter with f/1.8. They take alright images and since it’s the same hardware as the older Z Flip, there isn’t much to be excited about. For what its worth, as long as you don’t pixel peep, and look into the nitty gritty – they are alright. Think of them as lifestyle centric camera that helps you capture perspectives better and a fun party phone. Check out the samples below. 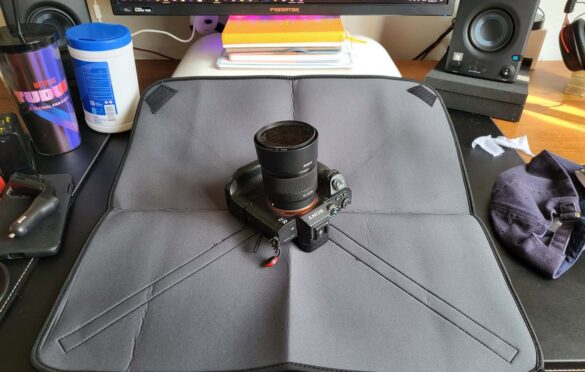 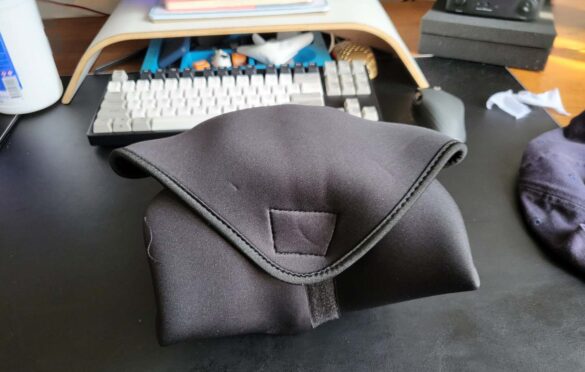 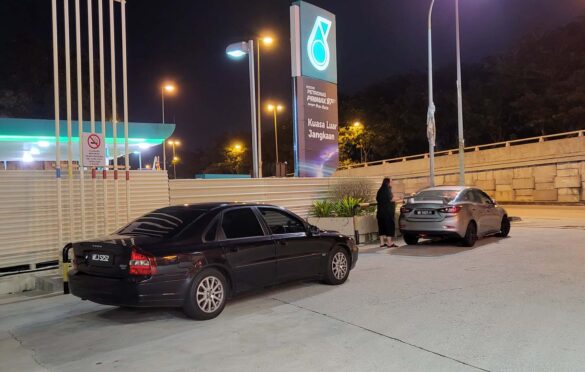 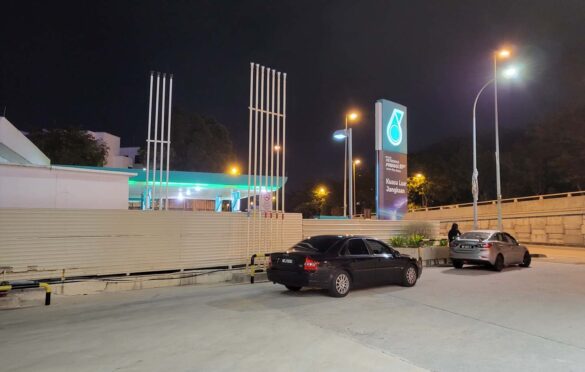 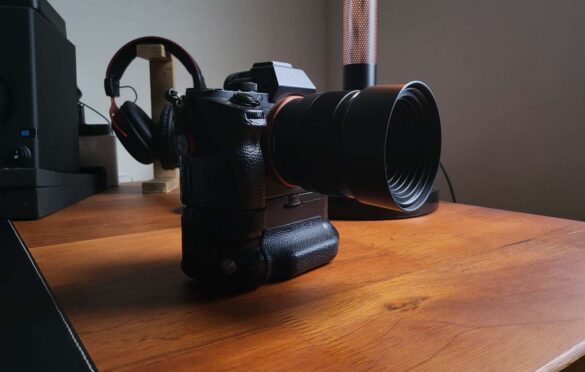 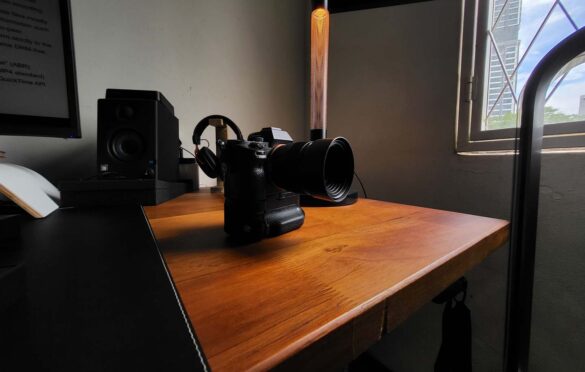 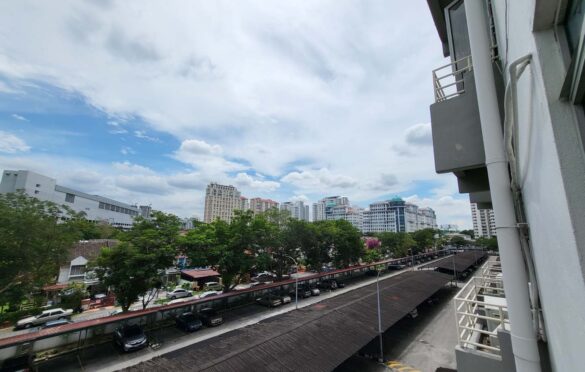 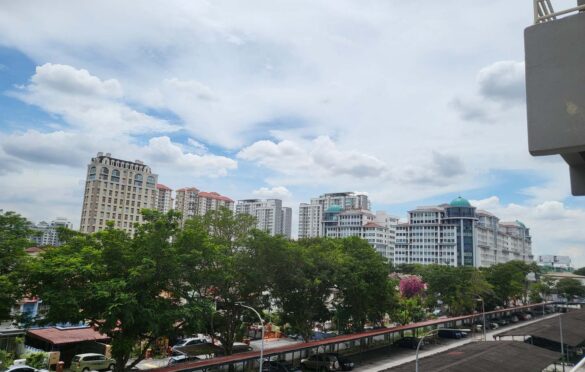 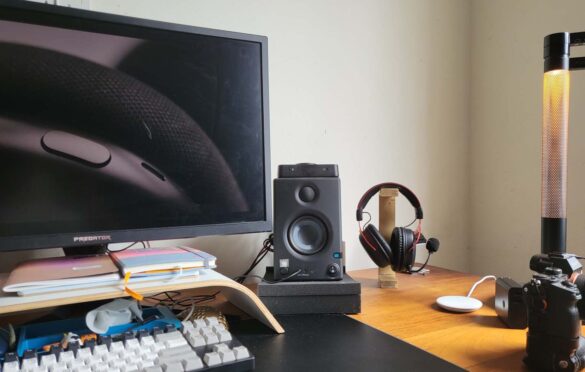 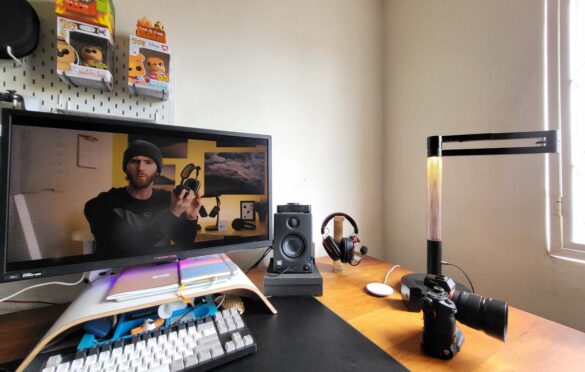 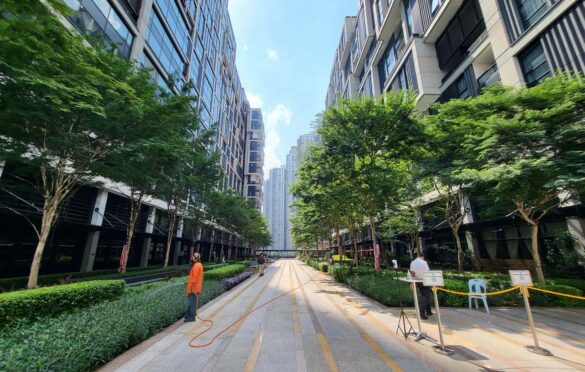 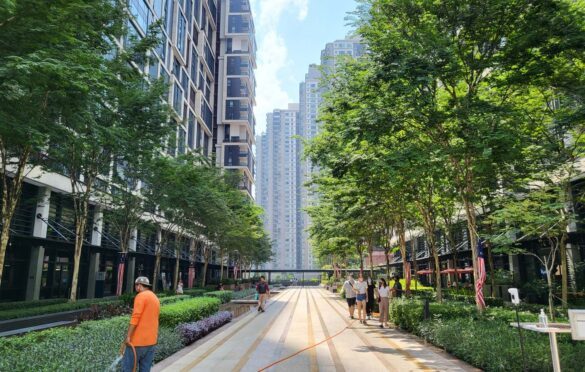 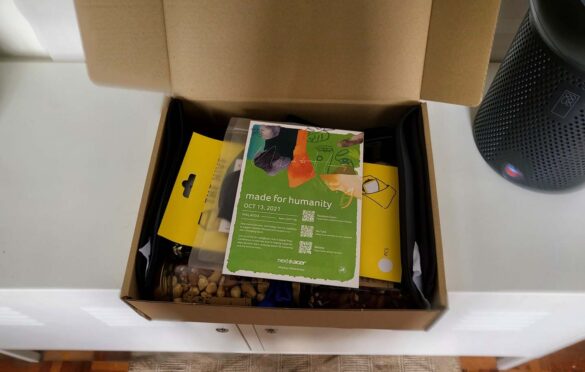 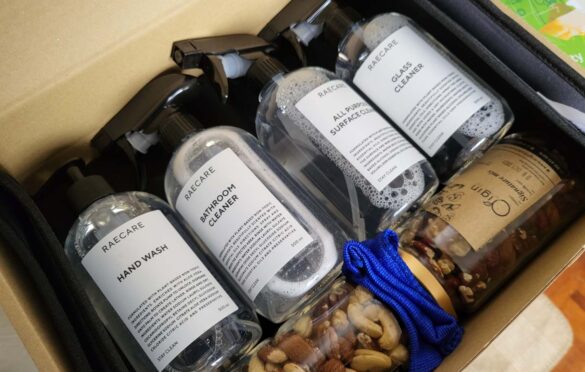 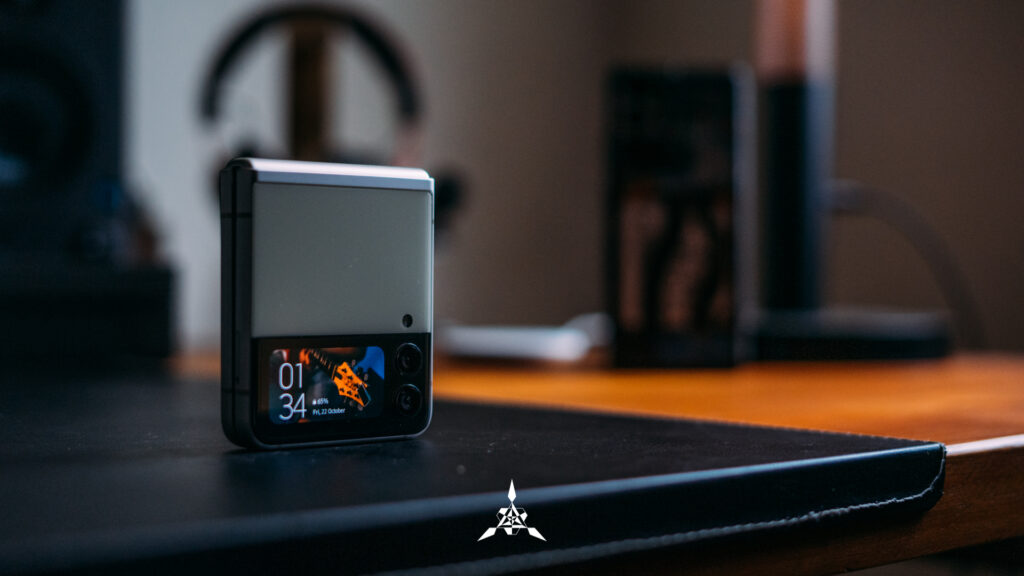 The Samsung Galaxy Z Flip 3 is re-sleeved for better build, ingress protection and adding a certain chicness to it that stands out in a crowd. While Samsung focuses on making this a lifestyle phone, as someone who isn’t a fan of big phones, I have to say – I genuinely enjoyed carrying it in my pocket more than my S21 Ultra because in terms of practically, the Z Flip 3 is right up there on par with the Z Fold 3. One let’s you make a big phone, bigger and the other one lets you make a big phone, compact.

So, if you want to flaunt that flip and relive your days when you were an avid fan of flip phones like myself, get the Samsung Galaxy Z Flip 3. The accessories made for the Z Flip 3 is extremely fun too. Plus, the price is much more digestible – starting at RM3999 for the 128GB (same price as S21) and RM4199 for the 256GB (same as S21+).

Special thanks to Samsung Malaysia for loaning us the Galaxy Z Flip 3 for us to make this review happen.